November 2020 marks the centennial of KDKA, the Westinghouse radio station in Pittsburgh, PA, celebrated as one of the first licensed radio stations in the United States. The Library of American Broadcasting (LAB) contains station publications, broadcasting trade publications, photographs, and audio recordings documenting the station’s history. This is due to the unique relationship the LAB has with KDKA and Westinghouse. Dedicated in 1972 as the Broadcast Pioneers Library (BPL), the LAB was founded by the Broadcast Pioneers Educational Fund, a group of veteran broadcasters who had been involved with radio broadcasting from its beginnings. Among these were several who had worked for Westinghouse and were now donating their time and personal papers to a library that would preserve the history of their industry. One of the best illustrations of this relationship was the contribution made by Joseph E. Baudino, who served as the BPL’s president from 1972 to 1978.

Prior to becoming president of the BPL, Baudino had spent nearly 50 years working with Westinghouse and its radio stations. In 1927, he graduated from the University of Illinois and joined Westinghouse radio station KDKA as an engineer. In 1931, he was re-assigned to be the chief engineer at WBZ in Boston, MA. He returned to KDKA five years later as chief engineer. In 1941, Baudino became technical executive for Westinghouse Radio Stations, Inc., in Philadelphia. Two years later, he became general manager of KDKA when general manager James B. Rock left to join the Marines. In 1951, he became General Manager of Westinghouse Radio Stations, Inc., in Washington, DC, overseeing the management of all Westinghouse- owned radio stations. He eventually rose to senior vice president of the Westinghouse Broadcasting Company before retiring in 1969. 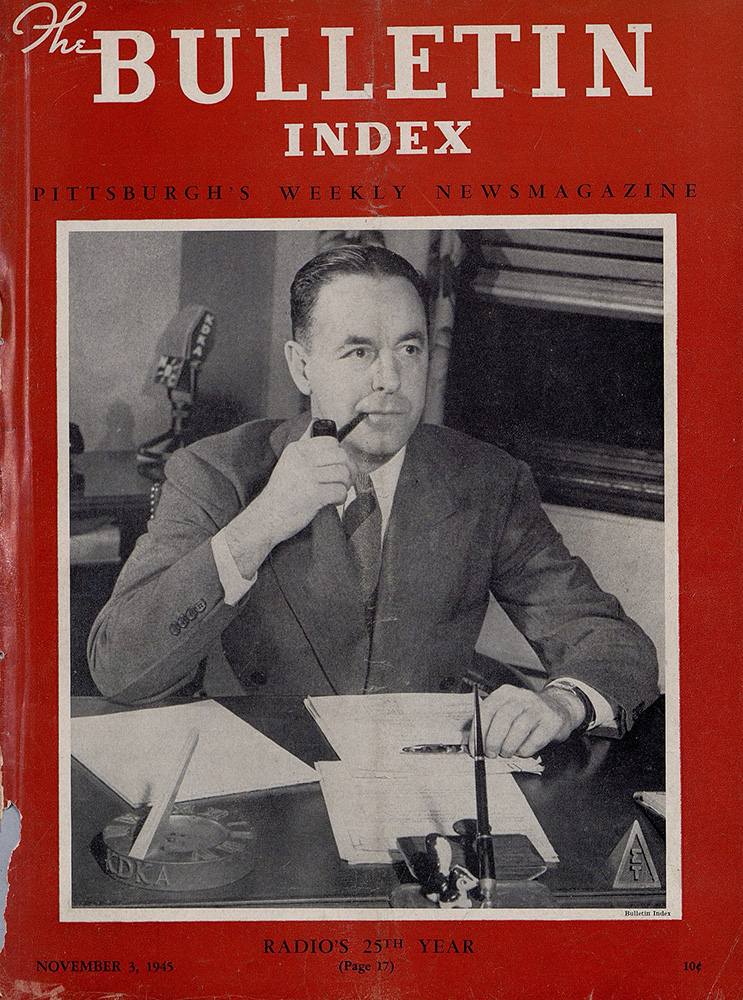 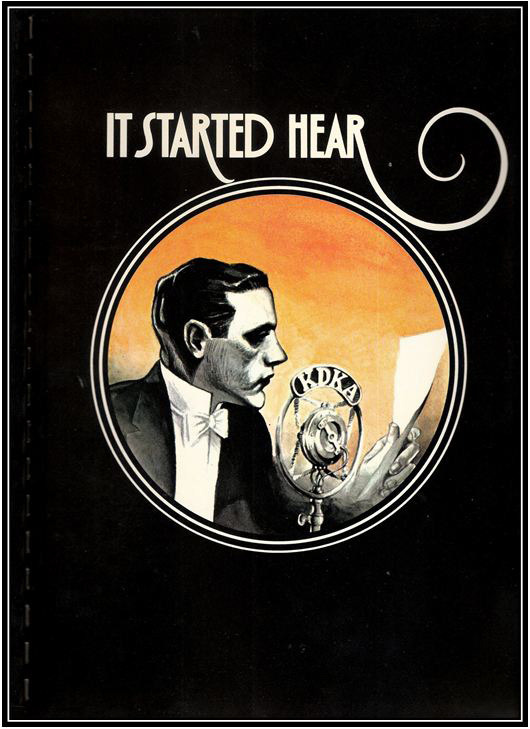 "It Started Hear"
A booklet published by KDKA in 1970 to celebrate its 50th anniversary.
Donated by Joseph E. Baudino.

Soon after completing his term as president of the Broadcasters Foundation in 1972, Baudino became president of the Broadcast Pioneers Educational Fund, leading the Broadcast Pioneers Library through its early years of growth. In 1975, he represented the BPL at the NAB convention, making a special address highlighting the early years of radio broadcasting. In 1976 , he helped to launch the BPL’s joint effort with the American Women in Radio & Television to record oral history interviews with women broadcasters. A year later, he and Prof. John M. Kittross of Temple University co-authored “Broadcasting’s Oldest Stations”, an article published in the Journal of Broadcasting exploring the development of KDKA and three other early radio stations.

Perhaps Baudino’s greatest contribution to the BPL and the preservation of broadcast history was the donation of his own personal papers. Over a period of ten years, from 1974 to 1984, Baudino donated over 900 items from his own personal collection. These items included documents, correspondence, books, periodicals, photographs, pamphlets, and audio and film recordings, documenting his work with KDKA and Westinghouse. He also donated his personal files as president of the Broadcast Pioneers and the Broadcasters Foundation.

Even with his passing, Baudino continued to contribute to the BPL. When he passed away in 1998 at the age of 94, Baudino’s family asked that all memorial donations be sent to the BPL at its new home at the University of Maryland. Baudino’s final contribution to the history of KDKA took place in 2009 when his daughter Betty Bigley donated a KDKA studio microphone that had been in his possession for many years.

Joseph E. Baudino’s legacy in broadcast history continues at the Library of American Broadcasting. His papers form the core of the KDKA and Westinghouse resources in our holdings. His speeches and oral history interviews are also available for researchers interested in learning more about KDKA and Westinghouse.

Researched and written by Michael Henry