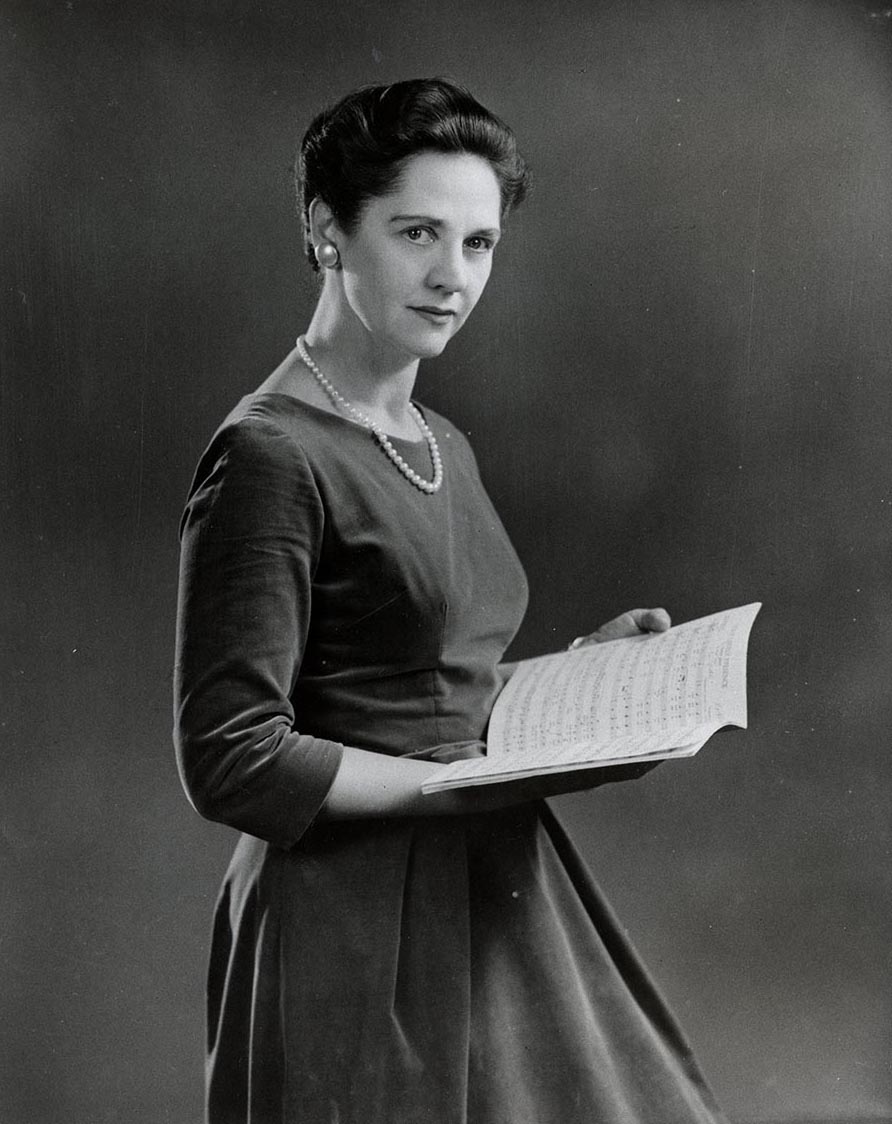 Rose Marie Anna Grentzer was born June 9, 1914, in Pittsburgh, Pennsylvania. She graduated from Carnegie Institute of Technology (now Carnegie Mellon University) in 1936, earning bachelor degrees in both violin and in public school music. She also earned a master of music education degree from Carnegie in 1939.

Grentzer had an extensive teaching career, beginning in 1937 as Supervisor of Music at Braddock Public Schools in Pennsylvania, a position she held until 1942. She moved on to positions as instructor at the University of Michigan in a joint position with Ann Arbor High School (1942-1945), instructor and chair of the teacher training department at Juilliard (1946-1951), and professor and chairman of the music education department at the Oberlin Conservatory of Music (1950-1955).

The University of Maryland hired Grentzer in 1955 to develop a graduate program in music education. While serving as professor, Grentzer organized the Madrigal Singers, a student singing group that was officially recognized by the university in 1959. In 1964, under Grentzers direction, the Madrigal Singers were chosen by the Department of State to perform on a multinational tour of the Near East. The Madrigal Singers were also active throughout the United States and performed multiple times at the White House. Grentzer was designated professor emeriti upon her retirement from the university in 1974.

In addition to her work at the University of Maryland, Rose Marie Grentzer served as a Visiting Lecturer at the University of Colorado, at Catholic University of America, and at the University of Michigan during the summers of 1953, 1954, and 1955, respectively. Grentzer also lectured in South America, Canada, and Europe and was the director of the annual American Music Awards for Sigma Alpha Iota International Music Fraternity. She was a curriculum consultant for the District of Columbia and Baltimore public school systems and assisted in the development of educational television programs in Hagerstown, Maryland.

Rose Marie Grentzer married Harold Spivacke, Chief of the Music Division of the Library of Congress, in 1955. She used her maiden name professionally. The couple had no children together, but Spivacke had two sons from a previous marriage. Spivacke died in 1977. On November 11, 1985 Rose Marie Grentzer died of cancer.