Preparing for a Royal Visit

While touring Canada and the United States, the Queen wanted to see a typical American sport, and with College Park’s close proximity to Washington, DC, University President Elkins notified Governor McKeldin, who wrote Sir Harold Caccia, Ambassador of Great Britain, inviting Queen Elizabeth and Prince Philip to attend a football game at the University of Maryland. 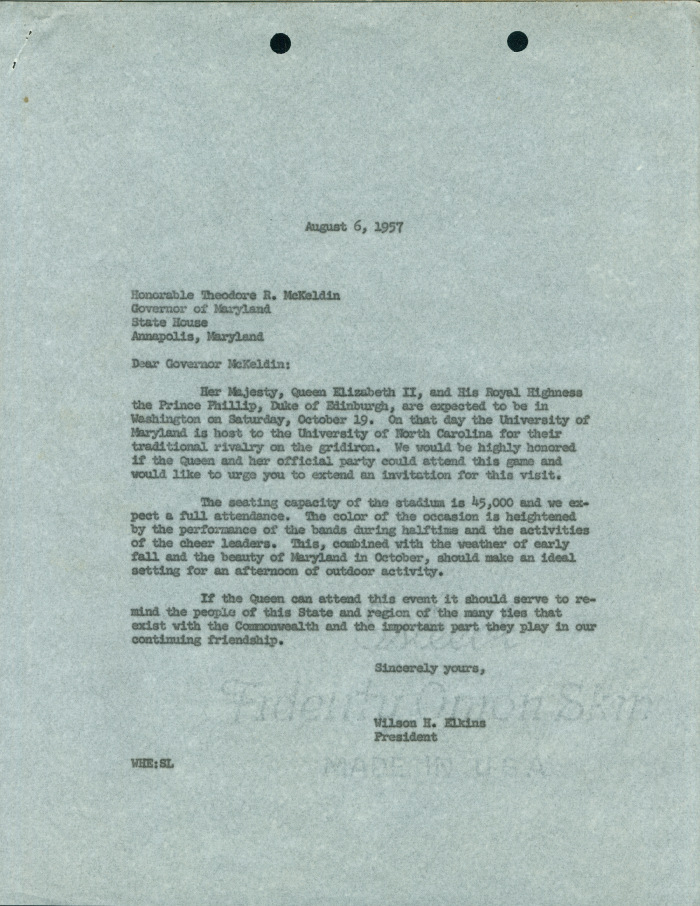 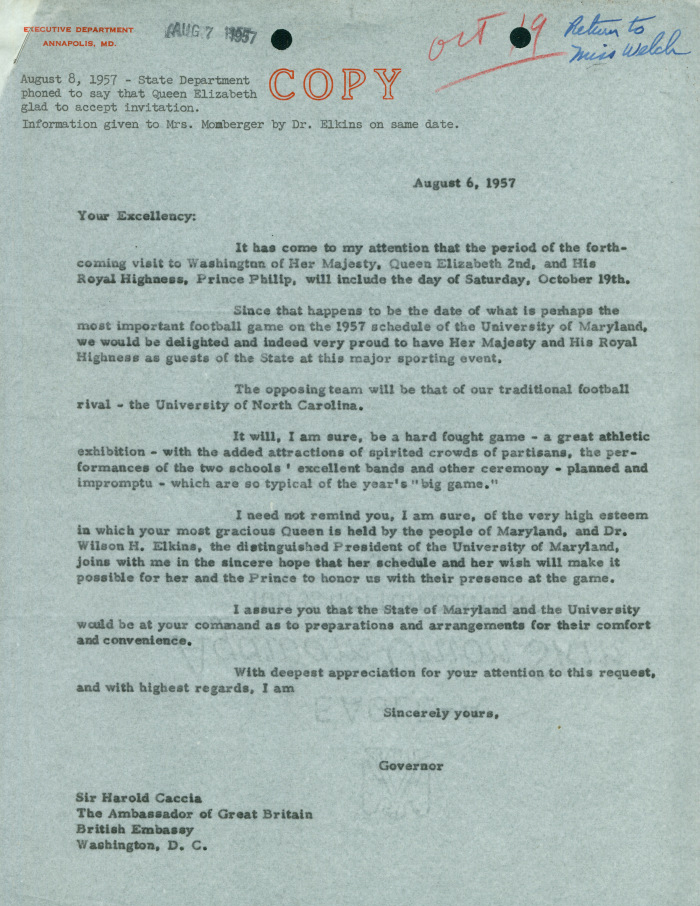 In preparation of the Queen’s game, university carpenters constructed a special box for the Queen and her party to view the game, while the University of Maryland’s “Black & Gold” band also took over the ROTC drill field to begin preparing for a “typical” half-time show. “They are making room for almost 140 extra press photographers, and newspapers all over the country will carry pictures of her here at Maryland,” said SGA President Howard Miller ahead of the game, suggesting that the Queen’s visit would bring additional publicity and prestige to the university. Additionally, Miller recalled that the SGA met with the State Department ahead of the game to discuss where the Queen should sit. The SGA suggested that she sit on the North Carolina side so she could watch the Card section at half-time and because alcohol consumption at Maryland football games was considered “a major sport in the 1950s.” 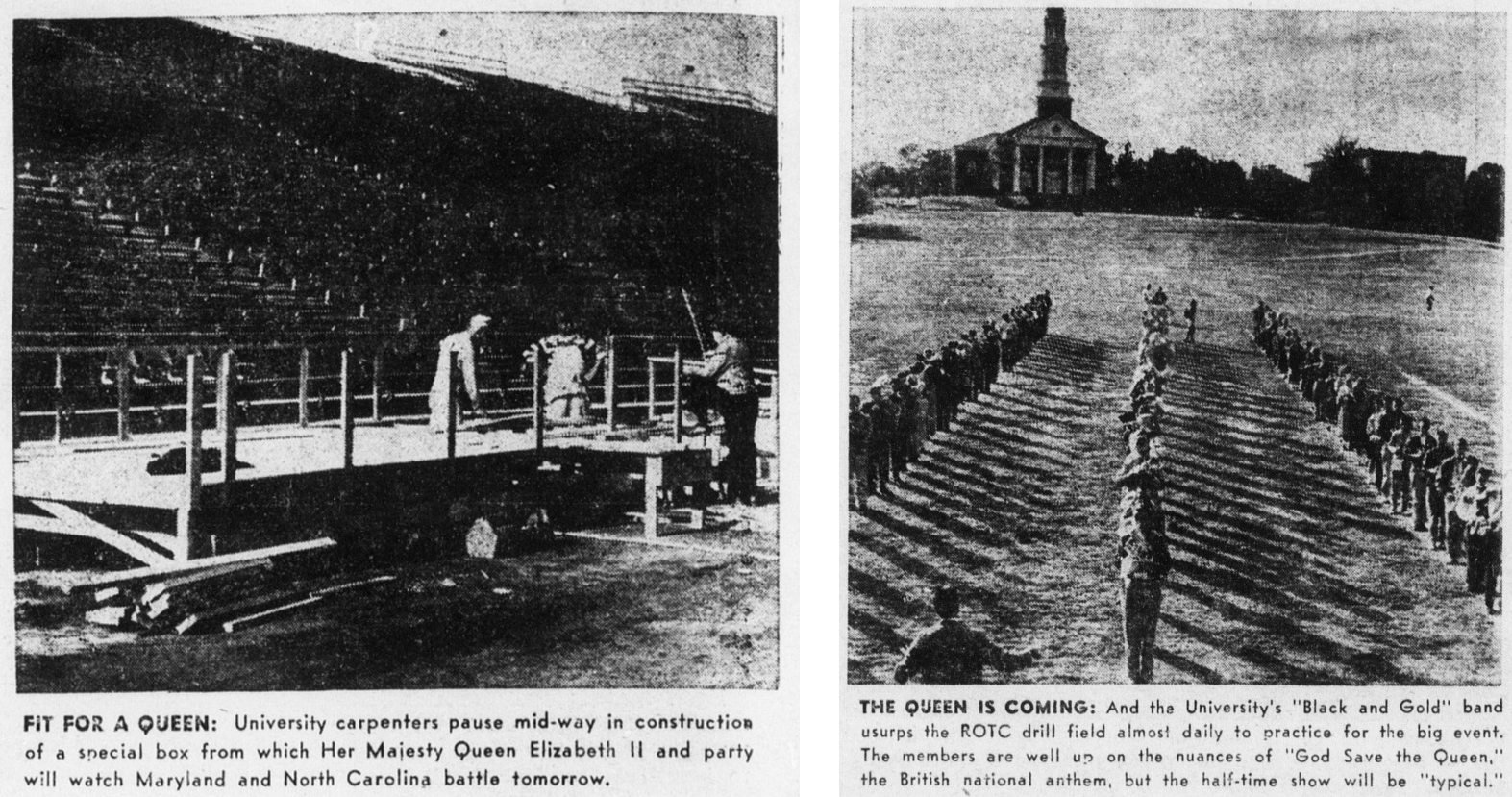