And then, on Game Day, Queen Elizabeth II and Prince Philip arrived at Byrd Stadium around 1:15pm. All fans were asked to be in their seats by 1pm to await the royal arrival. Maryland halfback and co-captain Jack Healy recalled posing for photographs before meeting the Queen. “Naturally, we were nervous and this increased the pressure somewhat,” said Healy, but their nerves were eased by a welcoming Prince Philip, who, with a “Hello sparkle,” in his eyes, extended his hand and introduced himself to the team. Then, according to Healy, the team met Queen Elizabeth, who “looked like any typical American woman,” only distinguished by her “precious English accent.” Each team’s captains then presented the Queen and Prince Philip with an autographed football and a replica of the coin used in the game’s coin toss. Prince Philip, “humbly accepting” the autographed football, said “I feel like kicking it myself!” 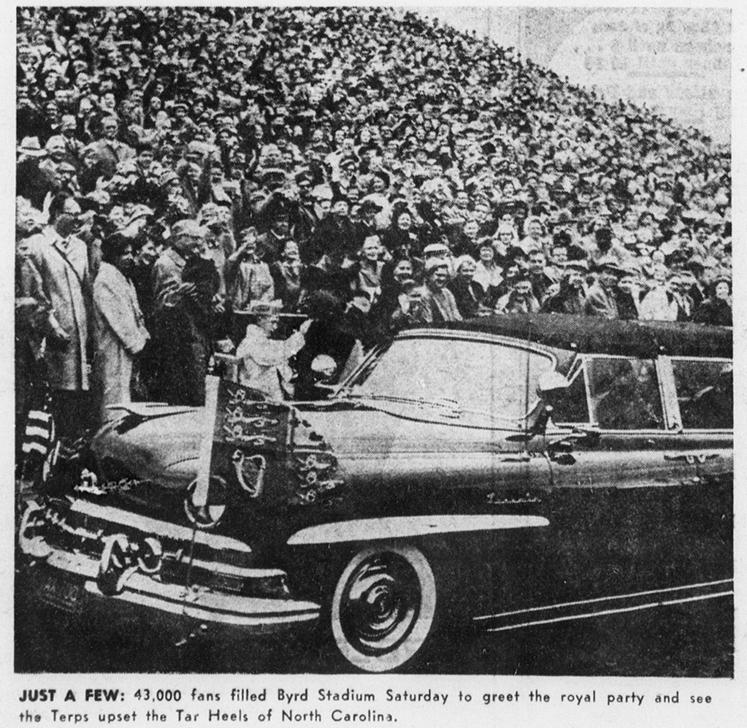 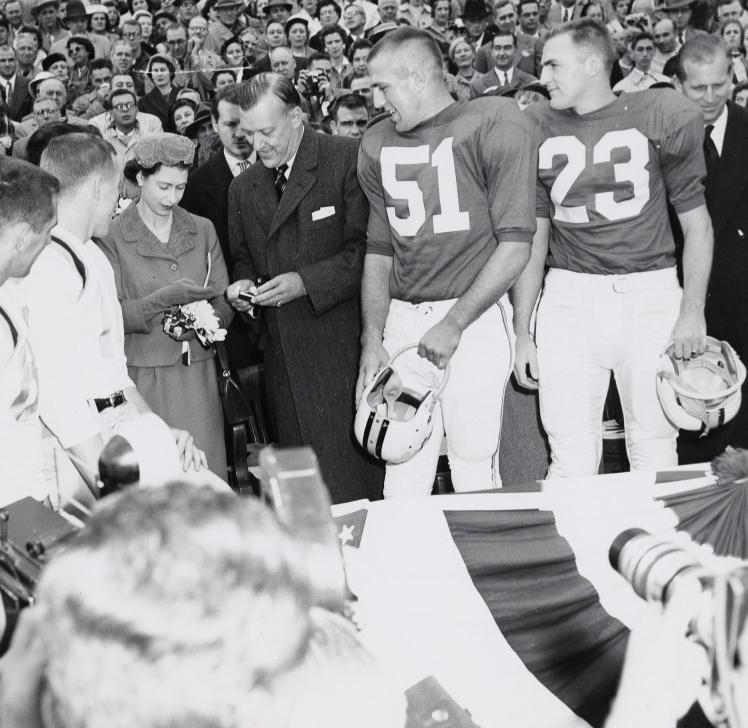 Queen Elizabeth II with Governor McKeldin and team captains from your Maryland Terrapins and North Carolina Tar Heels for the pre-game coin toss.