Children have always been a vital segment of MPT’s audience. Marylanders who grew up in the 1970s recall the well-loved weekday afternoon program Hodegpodge Lodge (1970-1977), featuring naturalist and former teacher Jean Worthley as “Miss Jean” along with her pet parrot, Aurora. Simply by opening her gunnysack on the “Discovery Table” and releasing a snake, a rabbit, or the branch of a tree, Miss Jean introduced a world many children in her audience had never experienced.

Another popular personality was Bob the Vid Tech, who served as on-air children’s host from 1993 to 2010. For 17 years, the super-enthusiastic Bob, sporting his distinctive green jacket, snazzy tie, and purple shirt, used the Vid Kid Program Satellite to teleport himself to amazing places in Maryland or travel through time. Actor/writer Bob Heck earned 10 Emmy® Awards from the National Academy of Television Arts & Sciences’ National Capital Chesapeake Bay Chapter for playing the character.

Brothers Martin and Chris Kratt gave children an intimate glimpse into the animal kingdom with their successful series Kratt’s Creatures (1996-1998).  Funded by a CPB/PBS $1.5 million grant, the Kratts showcased animals from their own menagerie and from around the world. They were joined by their friends at the Creature Club, the home base where 16-year-old Alison used her computer to track the brothers’ locations and the animal habitats they visited. The show received international distribution only three months into its run.

In 2017, MPT introduced the 24/7 children’s offering, PBS Kids, into its four-channel lineup. 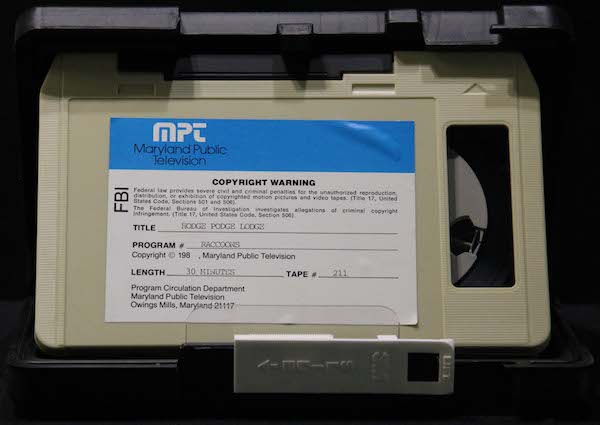 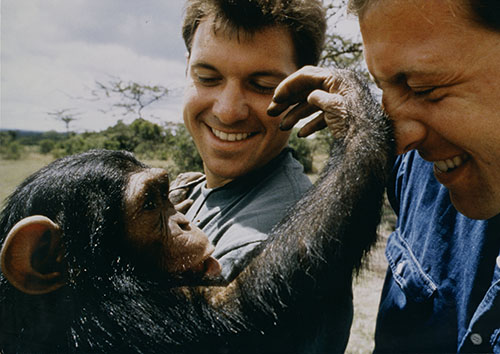 Martin Kratt and Chris Kratt, circa 1997 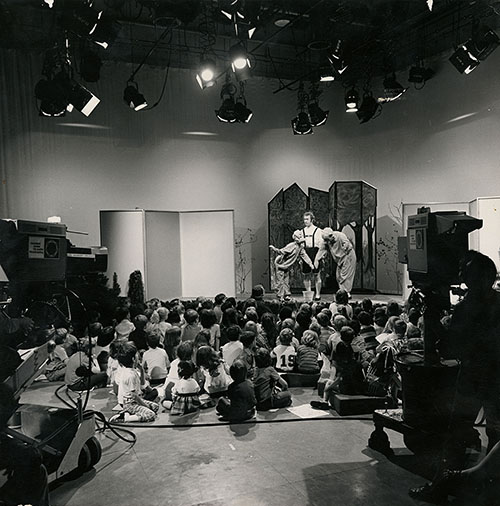 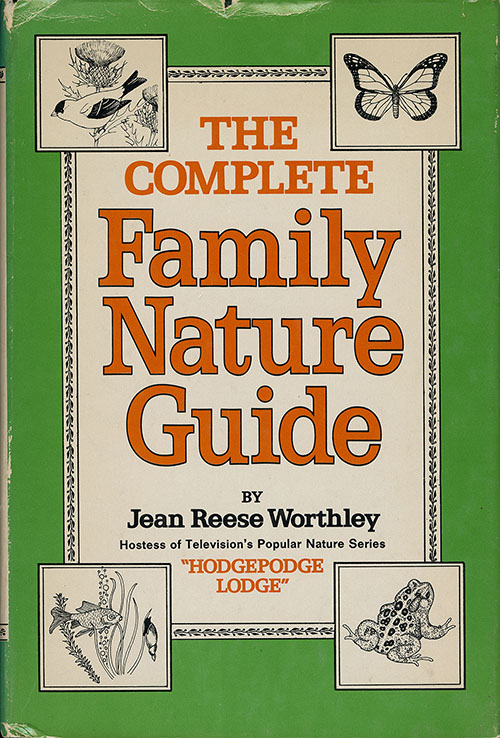 This 1976 book introduces some basic facts about plants and animals and offers suggestions for observing them in their natural setting. 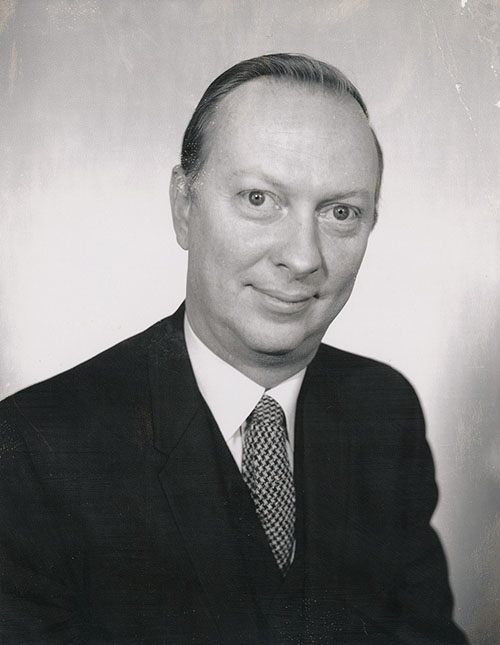 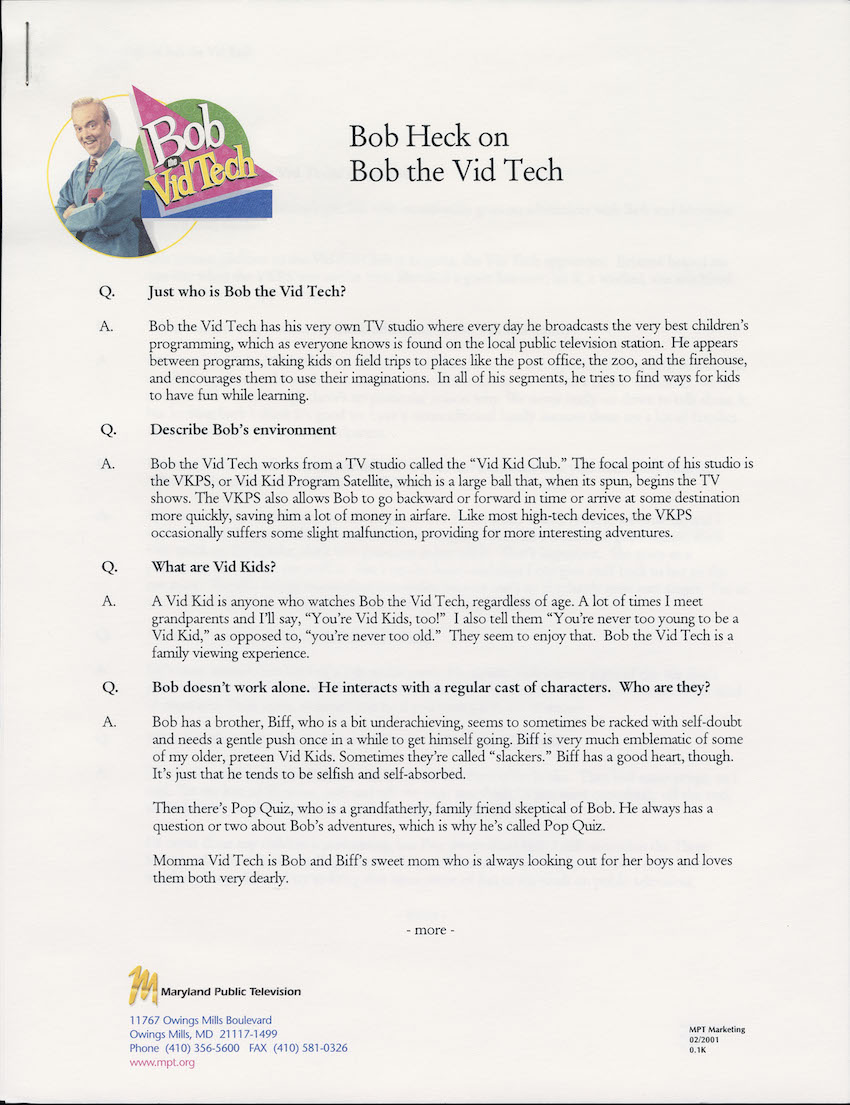 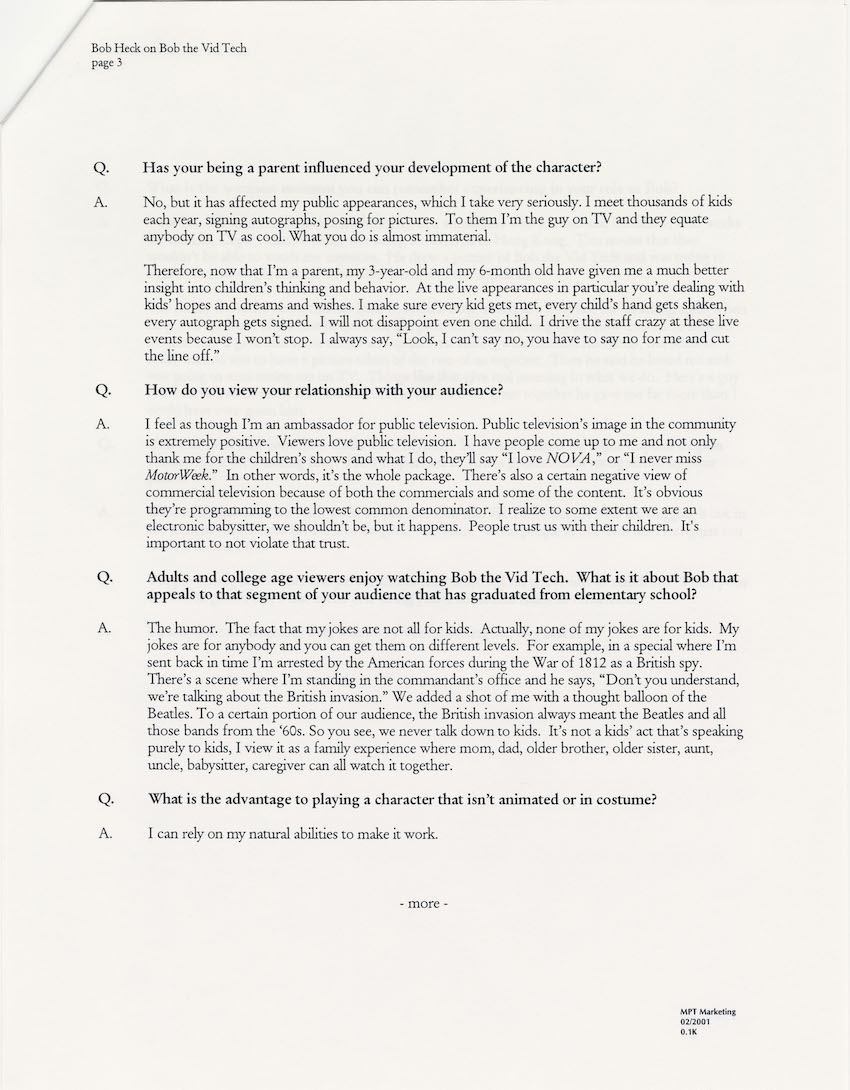 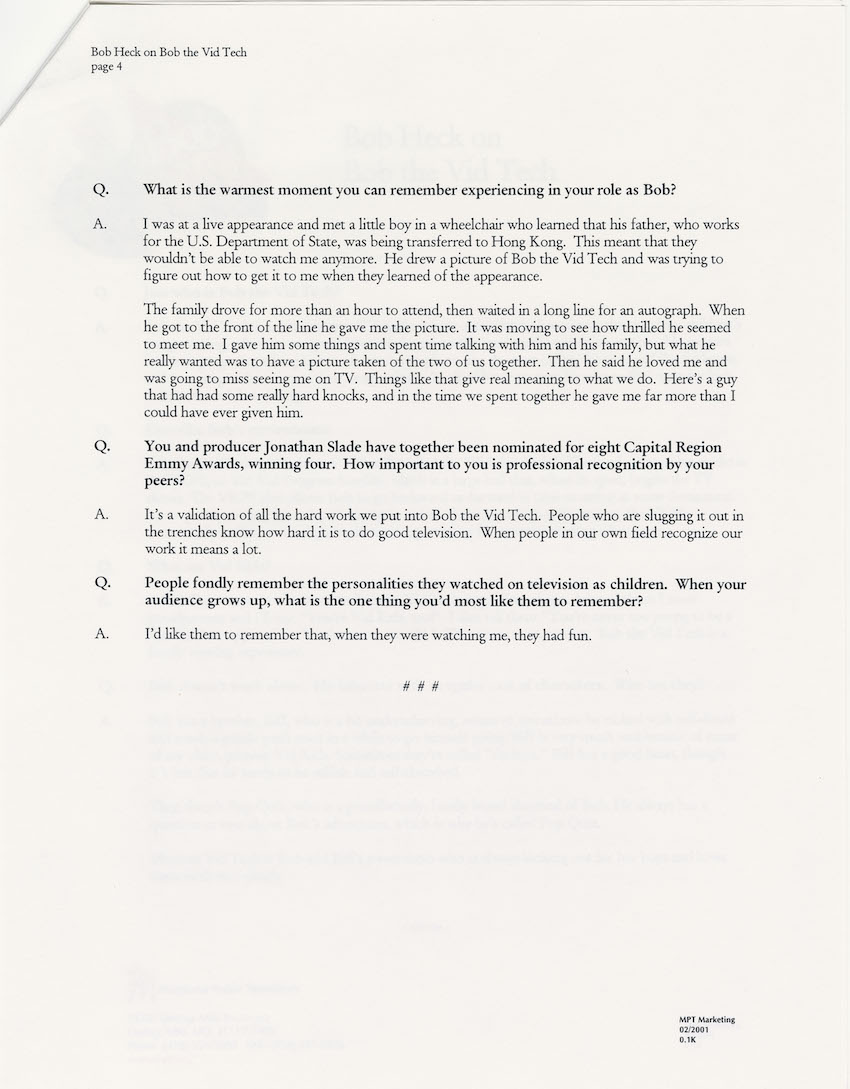 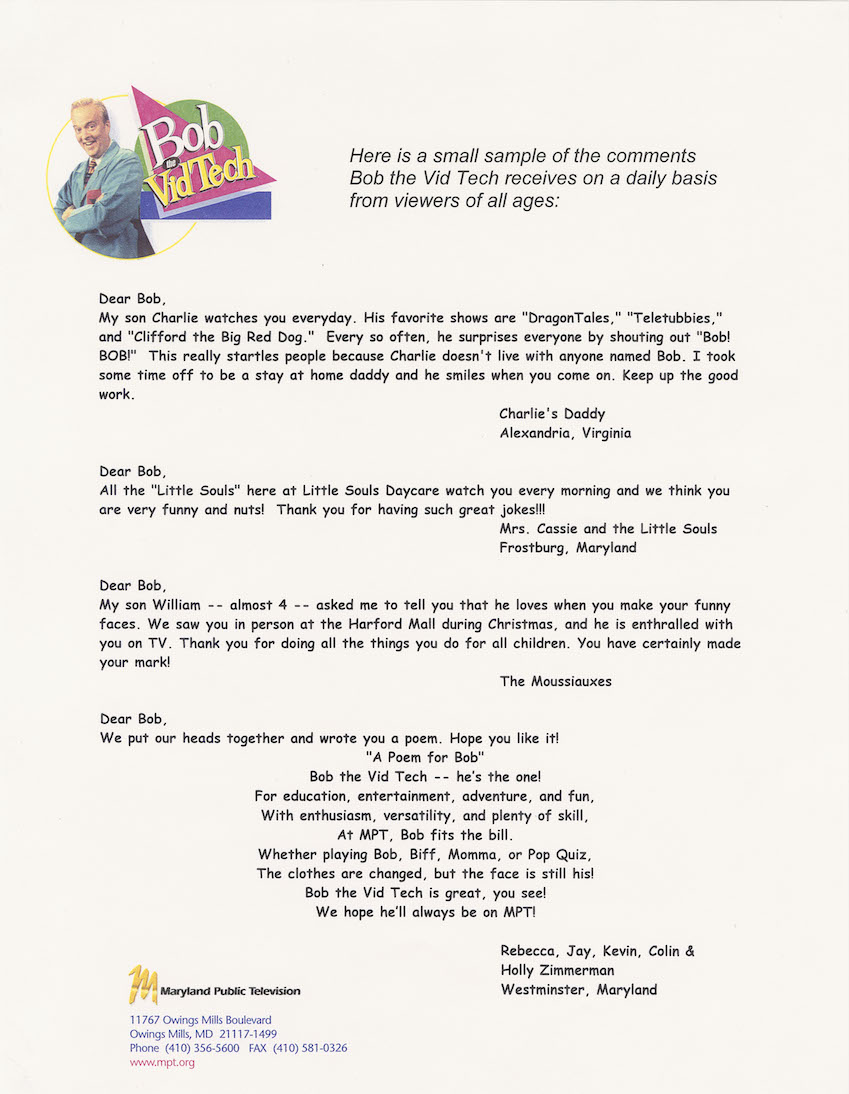 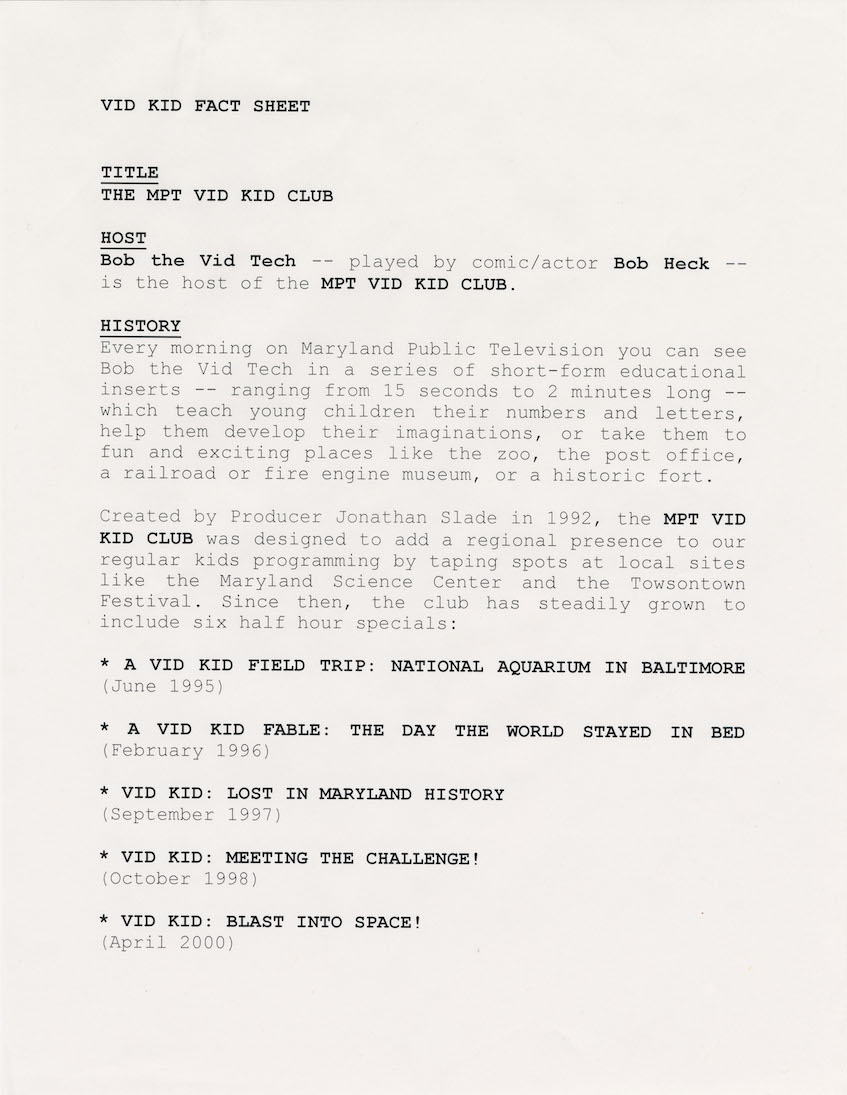 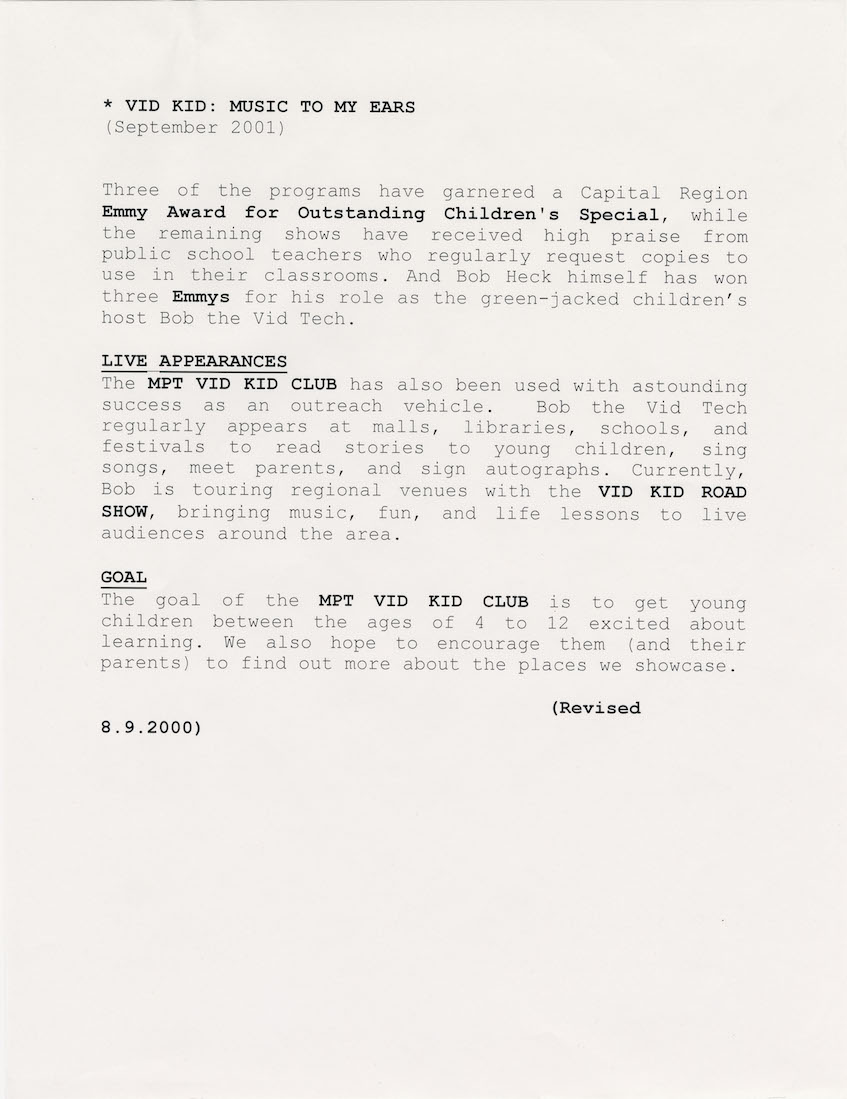 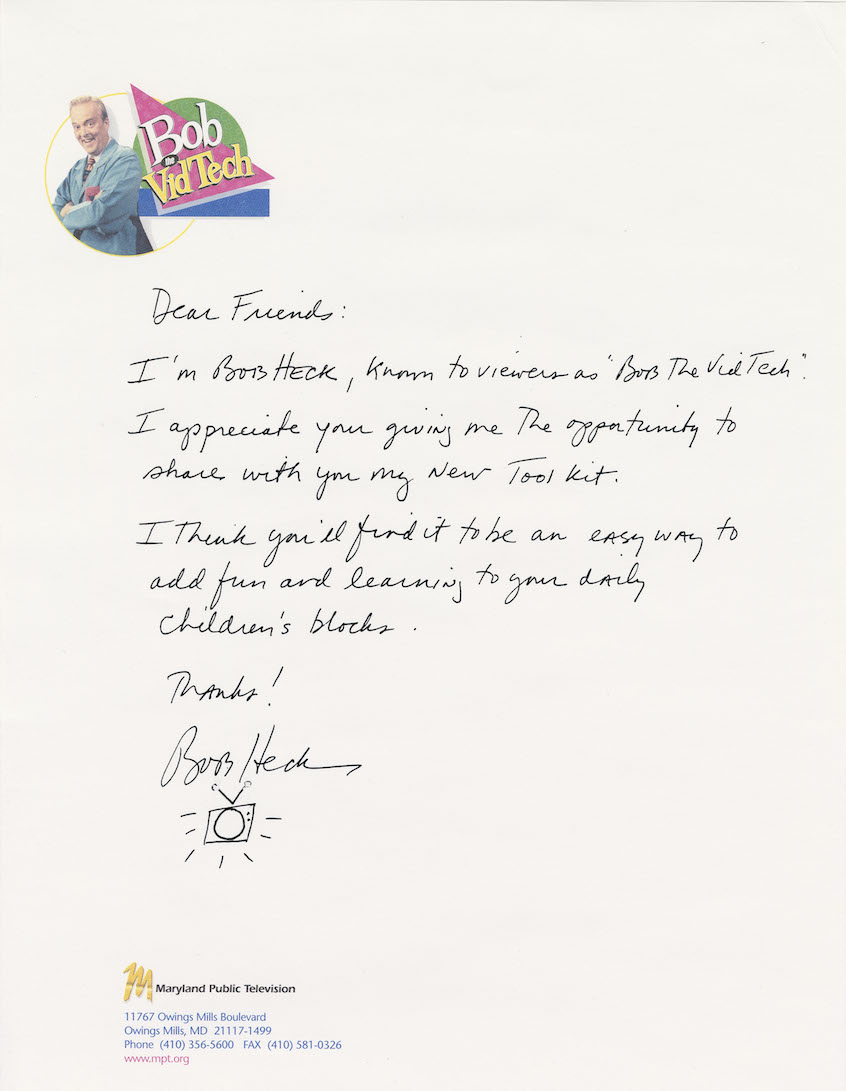 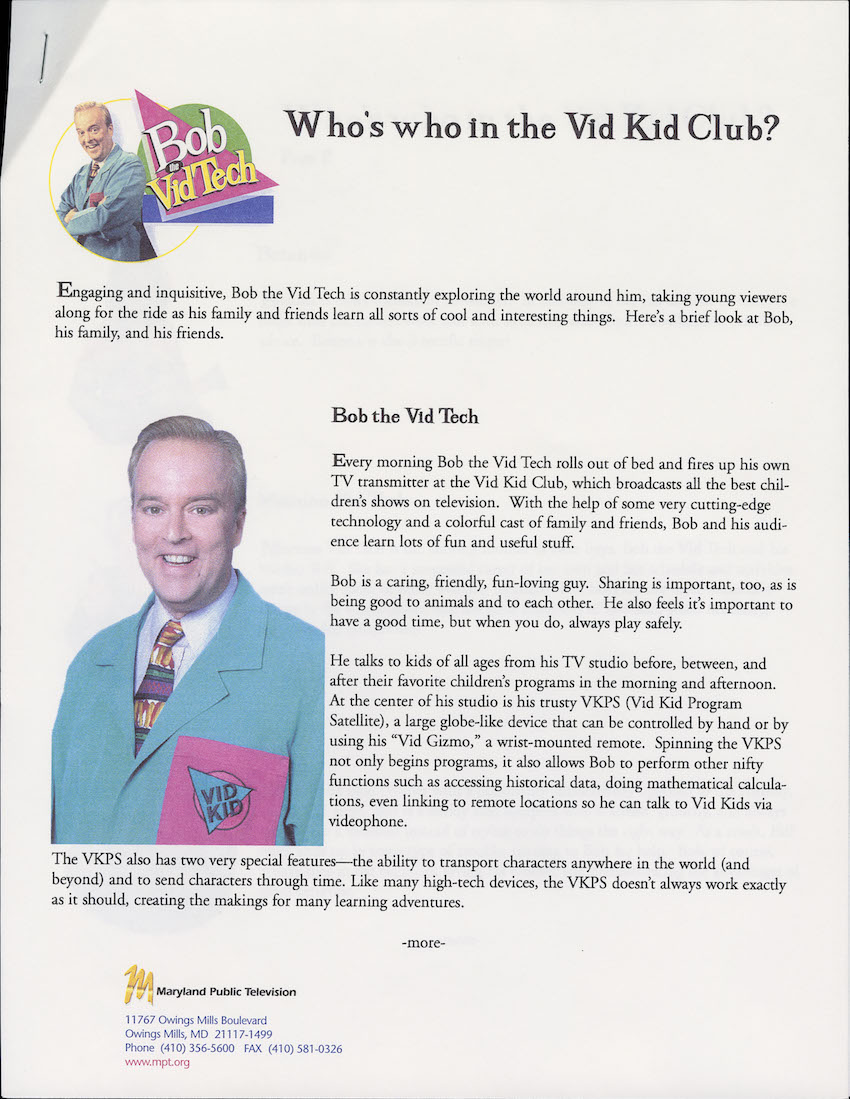 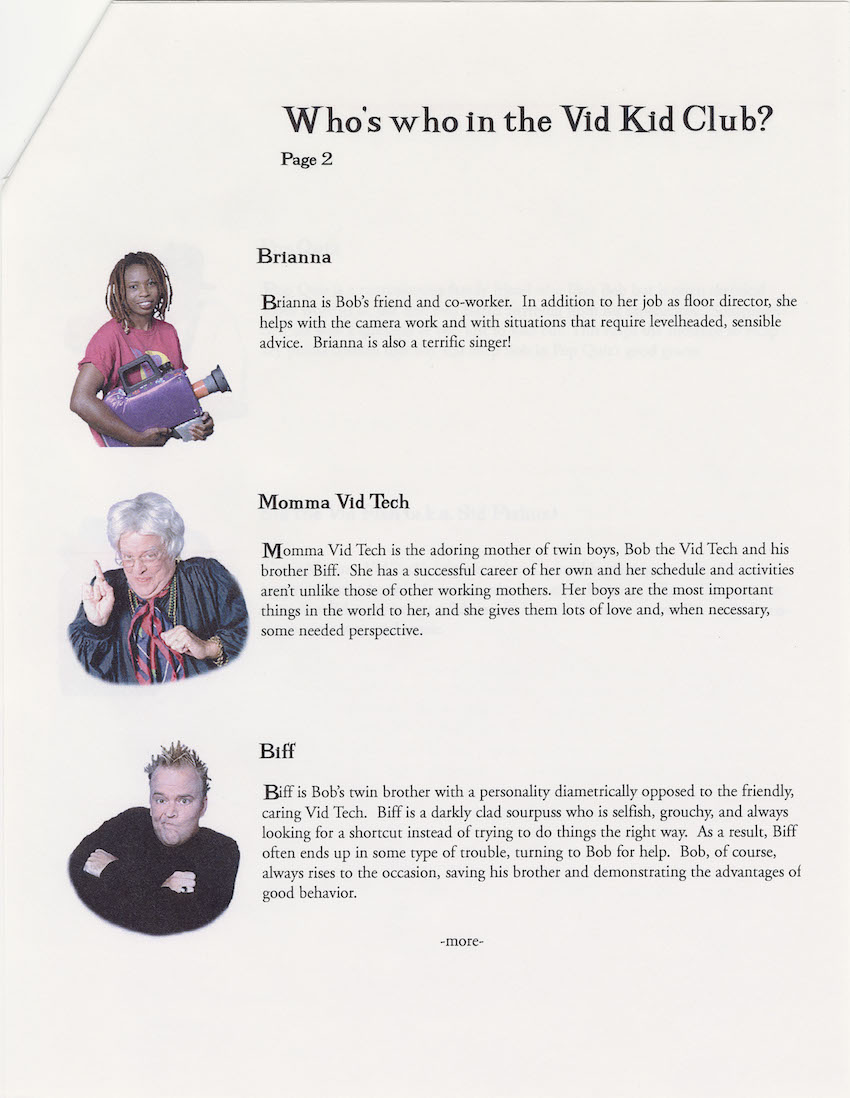 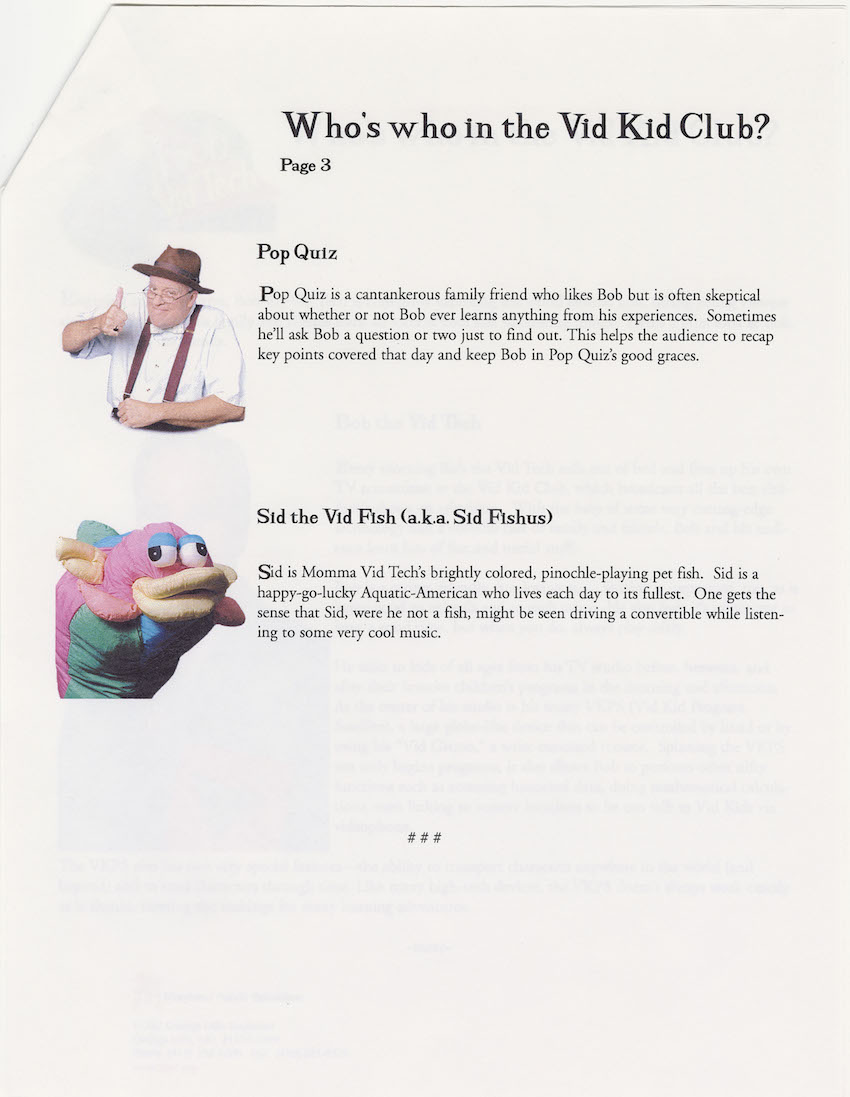 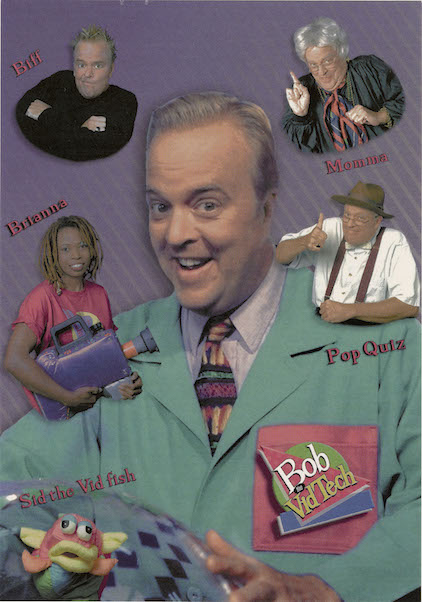 Bob the Vid Tech media toolkit sent to other stations to accompany their children’s programming blocks, circa 2000-2002 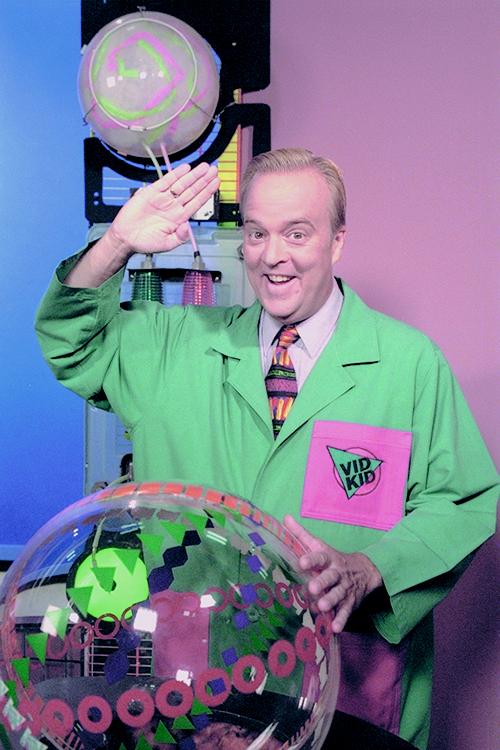 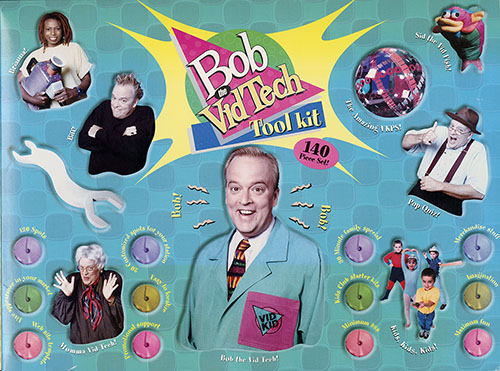 Outside Cover of Bob the Vid Tech media toolkit sent to other stations to accompany their children’s programming blocks, circa 2000-2002 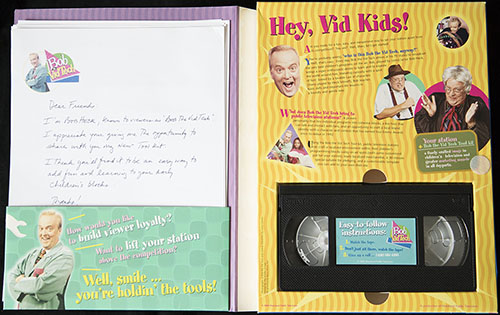 Inside cover of Bob the Vid Tech media toolkit sent to other stations to accompany their children’s programming blocks, circa 2000-2002