Far-reaching trends in the music of the Second World War

This section features vignettes considering the interplay between popular music and larger trends of the Second World War. Currents is not a comprehensive summary of the war but is a space for diffuse brief sketches and reflections.

While at the start of the war female protaganists in popular song were solely goodbye-ing, missing, and dreaming of their departed servicemembers, by mid-war women began to be recognized as integral active drivers of the war-effort, and this was reflected in song. 1942 saw the creation of the first service branches for women in the military beyond nursing, the Women's Auxillary Army Corps (WAAC) and its naval analog, the Women Accepted for Volunteer Emergency Service (WAVES) and airborn division, the Women's Auxiliary Ferrying Squadron (WAFS)... 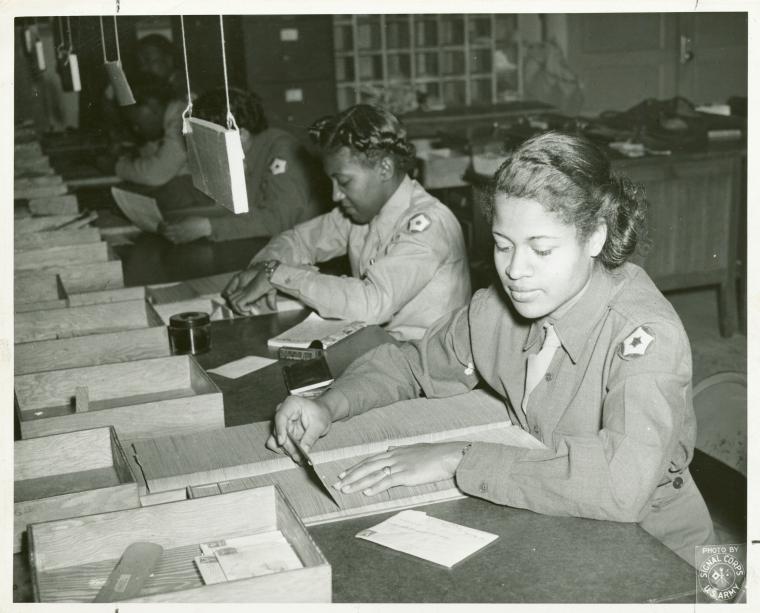 During the years of U.S. involvement in WWII the U.S.O. put on over a quarter of a million performances in the United States and abroad, and became significant mediators of popular culture to enlistees and their families. Likewise, the U.S.O. was the largest institution through which popular entertainers that were not enlisted became a part of the war effort...

Spanning the heart of the Second World War from August 1st, 1942 to November 11th of 1942 the strike and its constituent recording ban greatly shaped the musical landscape of Wartime America and the history of popular music to come...