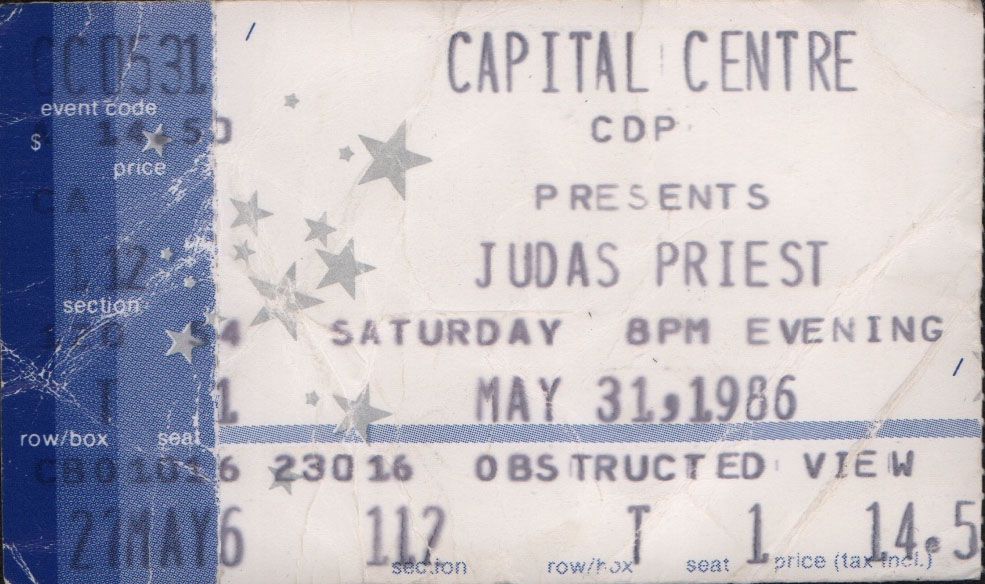 Ticket stub from the May 31, 1986 concert.
Jim Powell Collection. 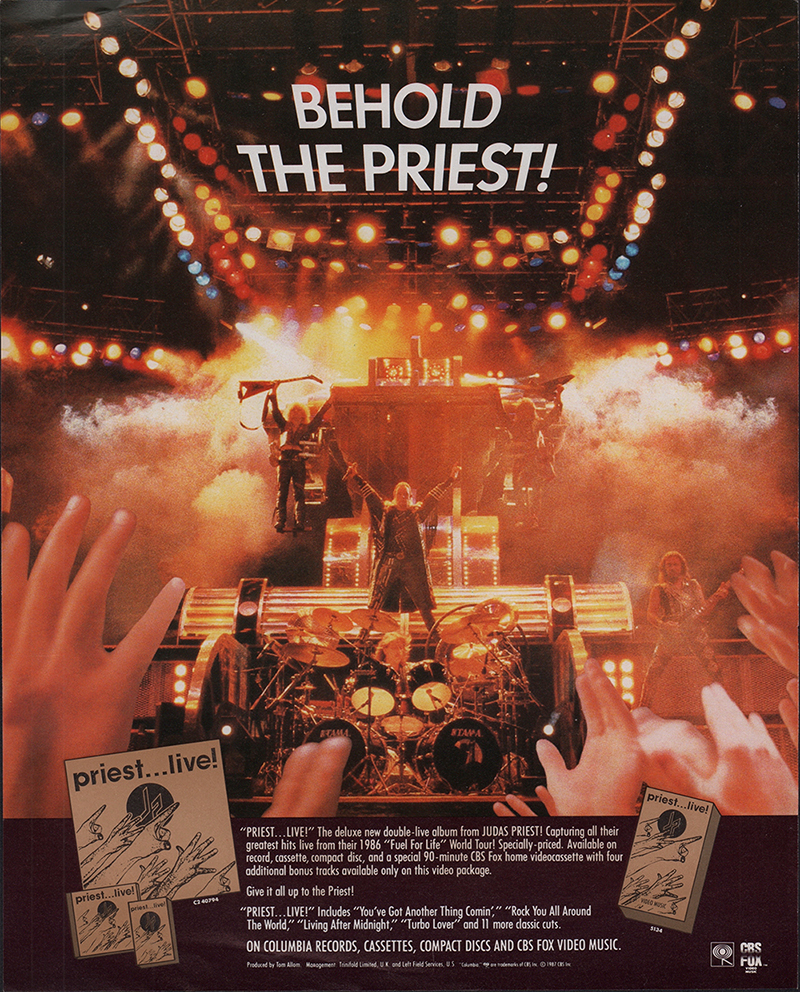 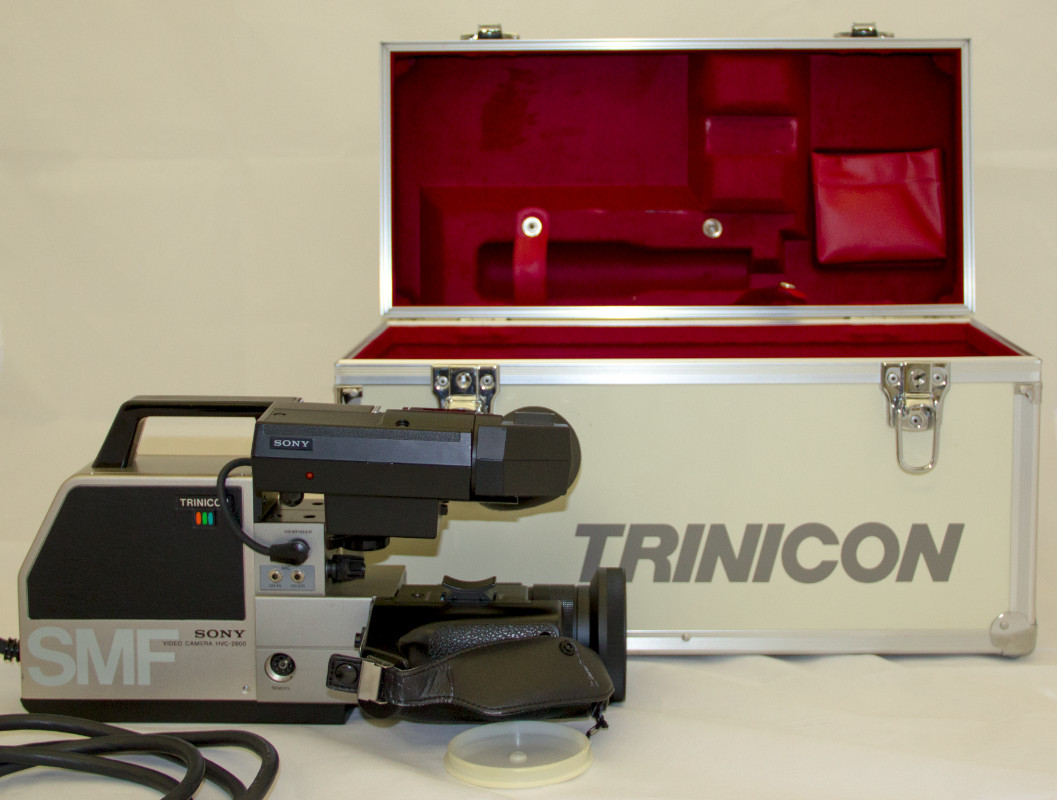 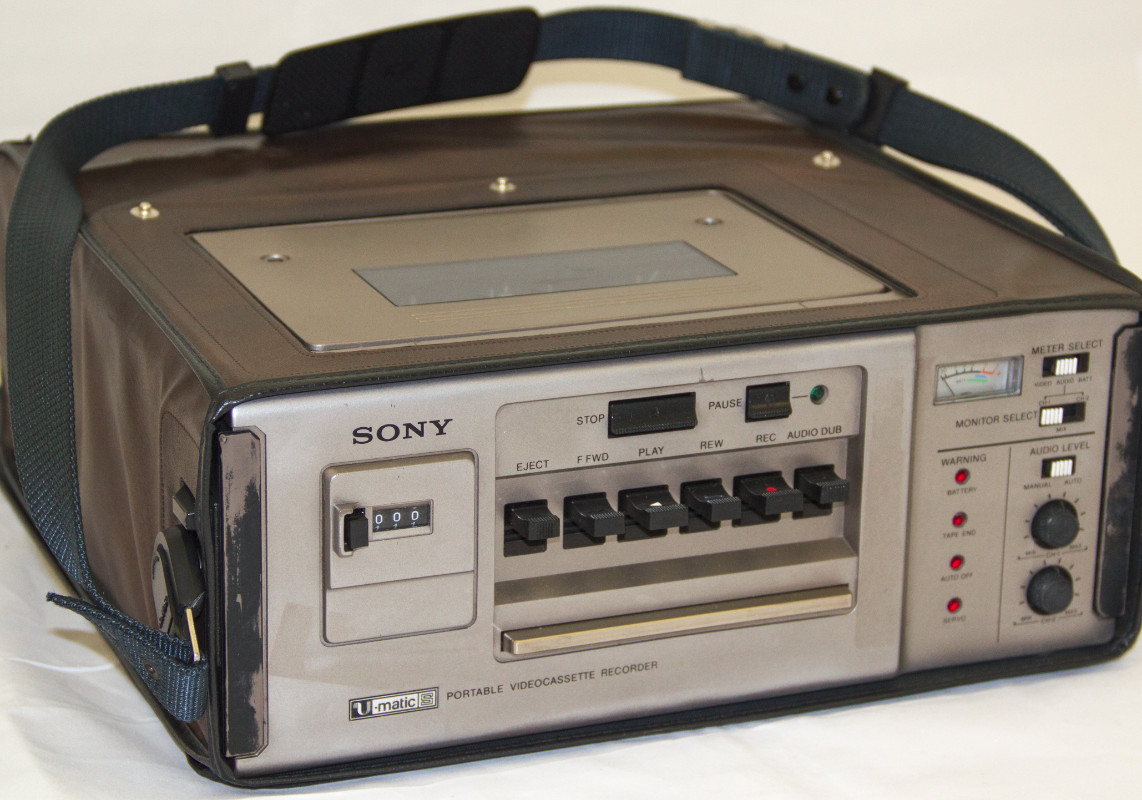 On Saturday, May 31, 1986, Judas Priest headlined a concert at the Capital Centre in Landover, Maryland, sharing the bill with fellow metal band Dokken. That afternoon, aspiring filmmakers John Heyn and Jeff Krulik left the MetroVision public access studio and headed to the Cap Centre. John had come up with the idea to document heavy metal fans; Jeff had come up with the equipment to do so. They arrived before 5pm, paid the parking fee, and with a camera, deck and microphone, immersed themselves in the parking lot crowd. Using just three twenty-minute tapes, they interviewed a random cross section of heavy metal fans.

When the tapes were filled, the two filmmakers returned to the studio and watched the footage. Jeff thought up the name “Heavy Metal Parking Lot,” and John edited the documentary to just under seventeen minutes. The first public screening was in October 1986 at d.c. space as part of the weekly “I Am Eye” screening series, where anyone could bring something to screen. The audience response was positive.

Since the only way to view the film was on a consumer VHS player, Jeff and John distributed the film themselves, giving copies to anyone who asked, and screening it at parties, record stores, and local nightclubs. After a final grand showing at the AFI Theater during the “Don’t Quit Your Day Job Film & Video Festival” in 1990, the pair shelved Heavy Metal Parking Lot, believing it had run its course. 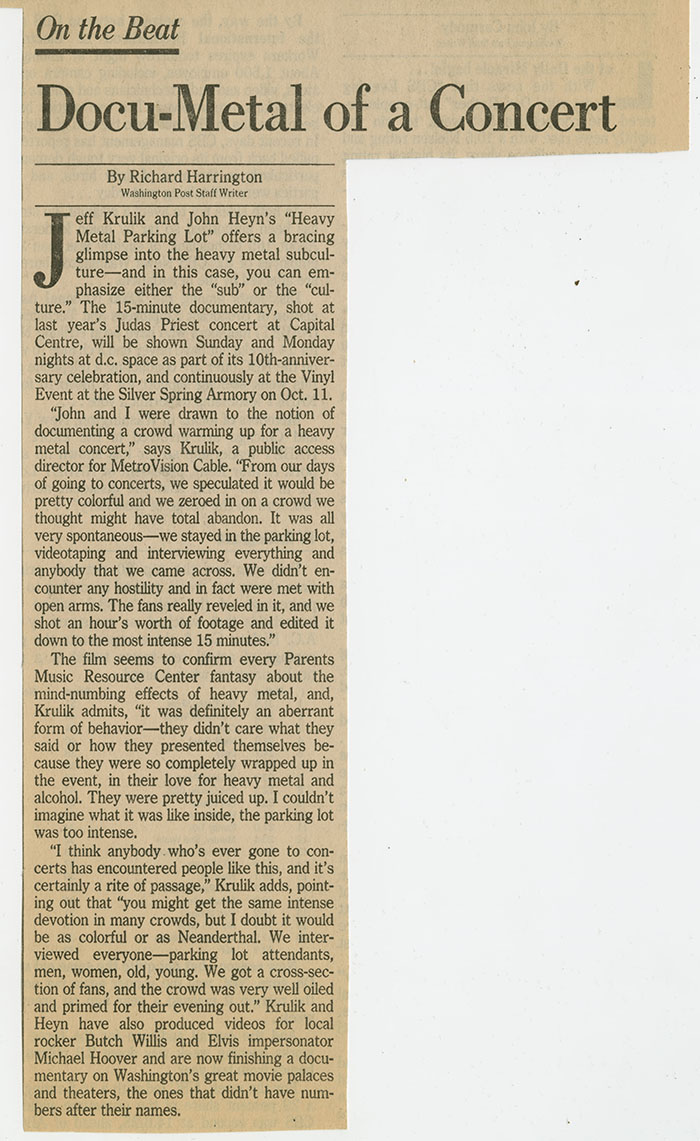 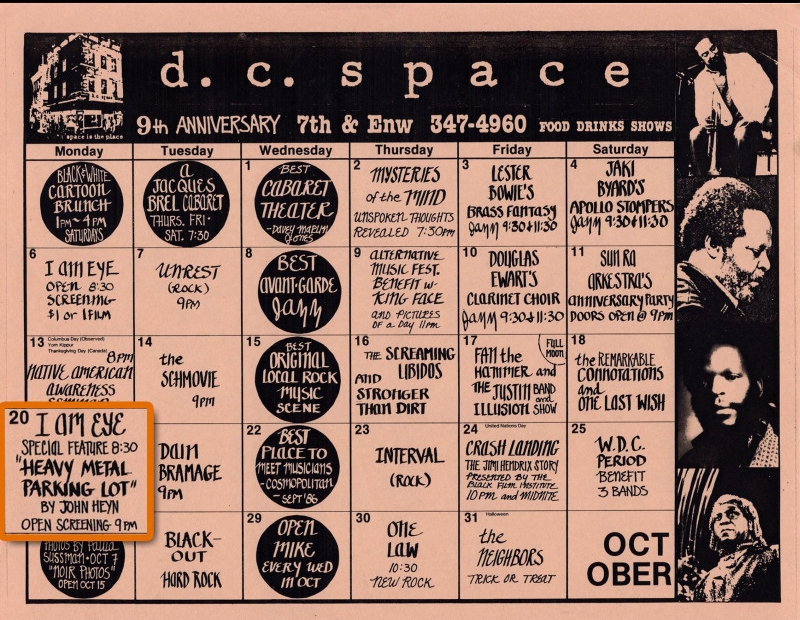 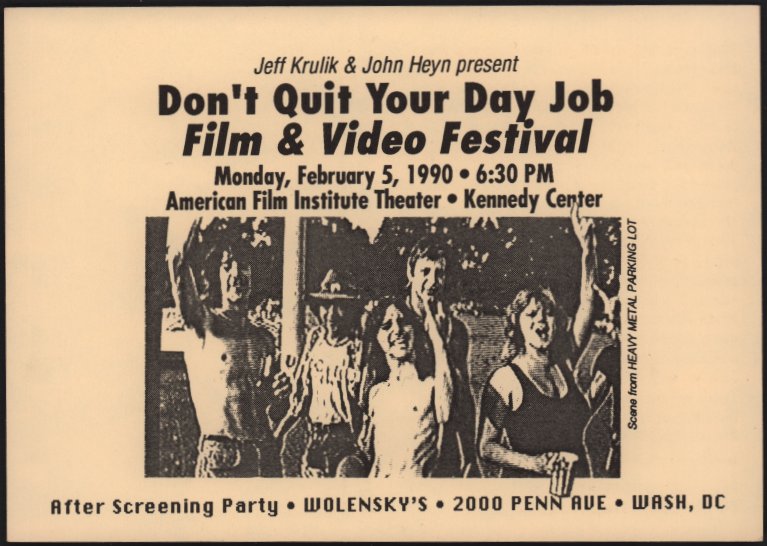 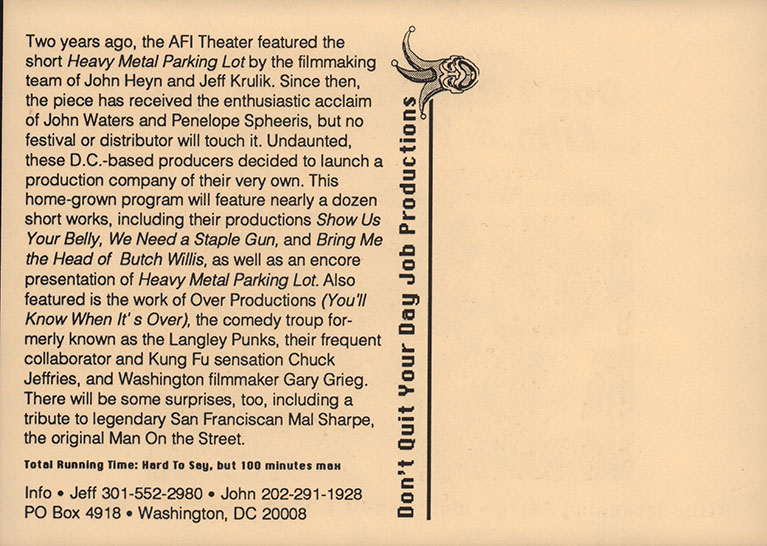 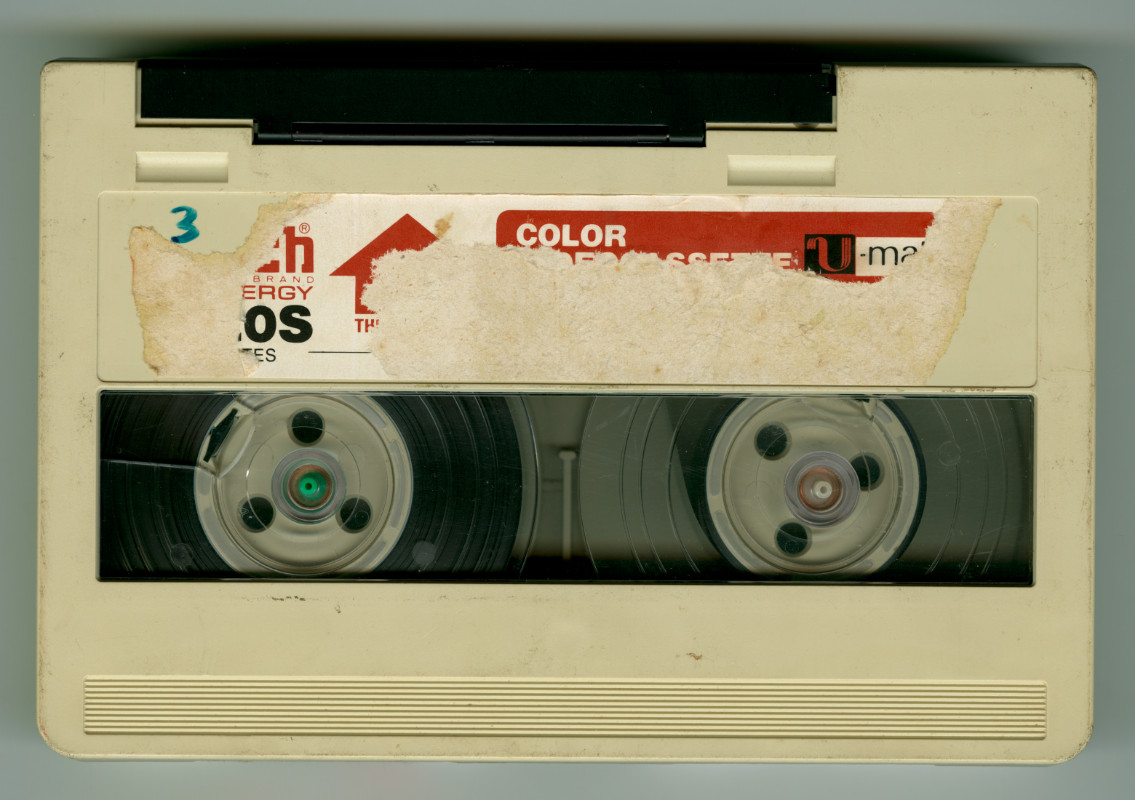