Charles Ives and His Music by Henry & Sidney Cowell 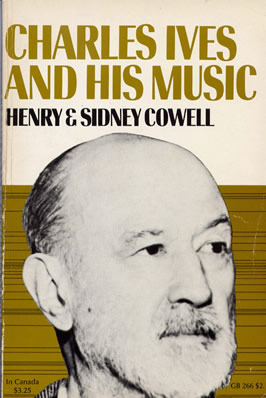 First edition cover of Charles Ives and His Music by Henry and Sidney Cowell, 1955.

Henry and Sidney's biography of Charles Ives was published one year after Ives' death, and correspondence in the MLA Archives illustrate their years of work. Henry turned down two reviews for Notes in 1949 because he was preoccupied with writing the Ives biography with Sidney. Sidney kept the Notes staff informed of the book's progress through the 1950s, and also inquired as to whether it would receive a review in the journal she and her husband contributed to regularly.

In 1955 William Lichtenwanger contacted conductor, composer, and critic Richard Franko Goldman (1910–1980) to review Henry and Sidney's new biography of Ives. Goldman was happy to review the book and gave a glowing review.