Despite their popularity, girls’ series books have never been highly regarded by educators or librarians. For many years, public libraries would not purchase them for their collections.

A typical librarian attitude toward series books is expressed in this 1905 quotation:

“Shall the libraries resist the flood and stand for a better and purer literature for children, or shall they ‘meet the demands of the people’ by gratifying a low and lowering taste?”

Series books suffered from their association with mass-produced inexpensive popular literature such as dime novels, story papers, and pulp magazines. Such “subliterature” was considered especially harmful to impressionable youth. Franklin K. Mathiews, Chief Librarian of the Boy Scouts, launched a campaign against the Stratemeyer Syndicate and its mass produced series books. He likened series books to dime novels packaged in cloth covers, and in a 1914 polemic states:

“The fact is that the harm done [by these cheap books] is incalculable. I wish I could label each one of these books: ‘Explosive! Guaranteed to Blow Your Boy’s Brains Out.’ . . . {a}s some boys read such books, their imaginations are literally ‘blown out,’ and they go into life as terribly crippled as though by some material explosion they had lost a hand or foot.”

However, as the century wore on and movies, television, and video games led to a declining interest in reading, libraries in general were more welcoming to girls’ series fiction. By the 1960s, Nancy Drew and other series were starting to appear in public libraries. 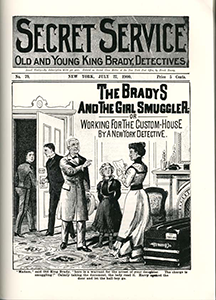 Dime novels were inexpensive melodramatic adventure novels popular in the United States in the latter half of the nineteenth century. They were replaced in popularity in part by the rise of series books. 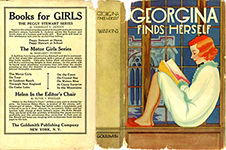 Series books were rejected by librarians and educators partly because of the mass production methods used in their publication, and also because their great popularity eclipsed books deemed more worthy of readership. 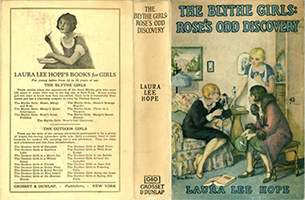 Especially reviled were the series books of the most famous producer of series books: Edward Stratemeyer. These included The Blythe Girls, The Hardy Boys, and Nancy Drew. 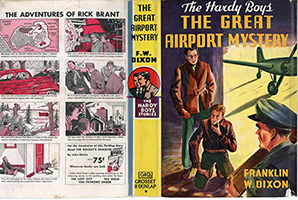 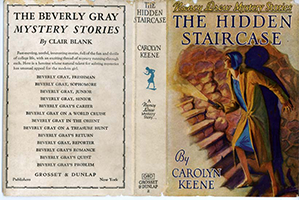 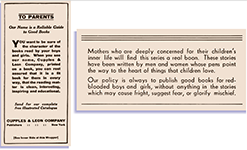 Publishers tried to address this negative view of series books by printing disclaimers on the dust jackets about the wholesomeness and moral value of their books.