Books by Mildred A. Wirt

Mildred Wirt Benson also wrote series books that were not Stratemeyer products. Most of these were published under her own name. She eventually wrote 135 books.

Benson was the first person to earn a master’s degree in journalism at the University of Iowa; she worked for 58 years as a reporter and columnist in Ohio, first for The Toledo Times and then for The Toledo Blade.

“I cannot avoid the conclusion that much of my writing was based upon an unfulfilled desire for adventure.”

Interestingly, later in life she also became a pilot and an adventurer who made trips to Mexico and Central America. Mildred Wirt Benson died in 2002. 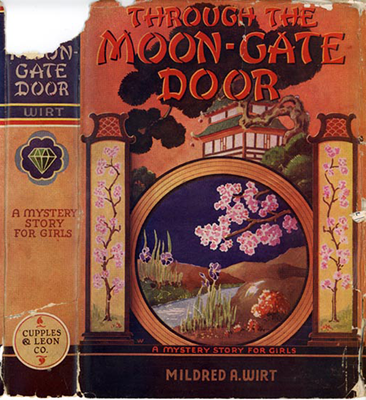 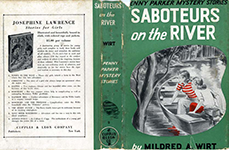 Mildred Wirt Benson said that the Penny Parker series was her favorite, and that Penny Parker was a “better Nancy Drew.” 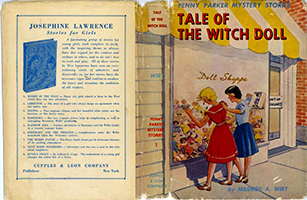 Like Nancy, Penny has blue eyes and blonde hair, is sixteen years old, and lives with her widowed father and a housekeeper somewhere in the Midwest (the town is Riverview instead of River Heights).

But unlike Nancy, Penny needs to work to earn money, goes to school, and has an unreliable car nicknamed Leaping Lena. 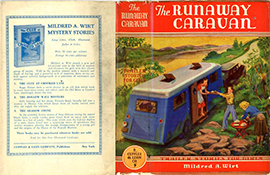 This series features three independent siblings, Barbara, Ginger and Jimmie Gibson, who travel around the country in a trailer having adventures and solving mysteries. Uncle Nathan French is their guardian. 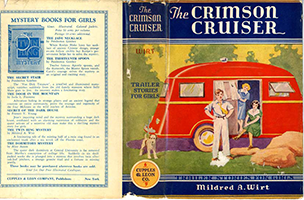 Surprisingly, all three of the teens (ranging in age from 13 to 16) are skilled drivers of the trailer and take turns driving all over the country. 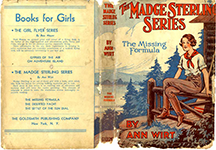 The Madge Sterling series was written by Mildred Wirt Benson using the pen name Ann Wirt. Madge is a teenage sleuth from Claymore, Michigan who spends her summers at her Aunt Maude and Uncle George Brady’s lodge at Loon Lake in Canada. She spends much of her summer outdoors, canoeing and swimming, when not solving mysteries. 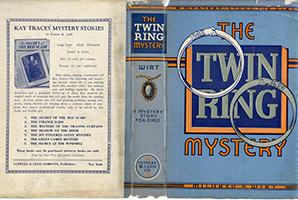 These stories are individual mysteries and the characters are unique to each story. Benson wrote two books under her own name for the series: The Twin Ring Mystery and Mystery of the Laughing Mask. 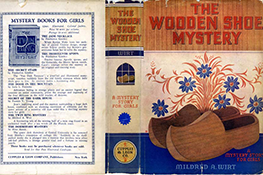 This seven-volume series written under Mildred A.Wirt’s own name contained individual stories with no continuing characters. 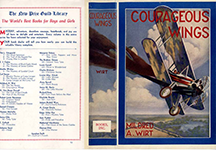 Benson also wrote several books under her own name which were not part of any series, including the two aviation books Sky Racers (1935) and Courageous Wings (1937). 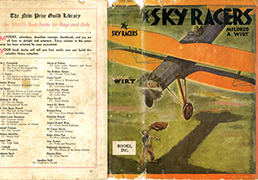 Perhaps inspired by her own characters, Benson later became a pilot herself. 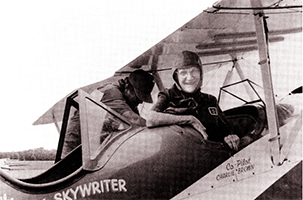