Everyone has heard of Nancy Drew, The Hardy Boys, The Bobbsey Twins, The Rover Boys, and Tom Swift, but almost no one has heard of the man who created them: Edward Stratemeyer.

Edward Stratemeyer (1862-1930) was a prolific writer from Elizabeth, New Jersey who initially wrote dime novels and other types of adventure and mystery stories. He met his literary heroes Horatio Alger, Jr. and William Taylor Adams (Oliver Optic) while working at Street and Smith Publishers, publishers of dime novels, pulp magazines, comics, and series books. After their deaths, Stratemeyer edited and finished works they had not completed and even wrote new volumes under the Alger name.

Edward Stratemeyer created the modern juvenile series as we know it today and successfully adapted the mystery genre for adults to juvenile books. He excelled at writing irresistible adventure and mystery stories featuring young detectives who solve crimes.

Rather than stressing moral virtues and family life, Stratemeyer’s books are crammed with action, danger and suspense. The young heroes and heroines enjoy freedom from oppressive adult supervision and employ cars, planes, boats, and motorcycles to act independently. For girls’ series, this was definitely a change from the atmosphere of many nineteenth century stories where domestic scenes dominated. 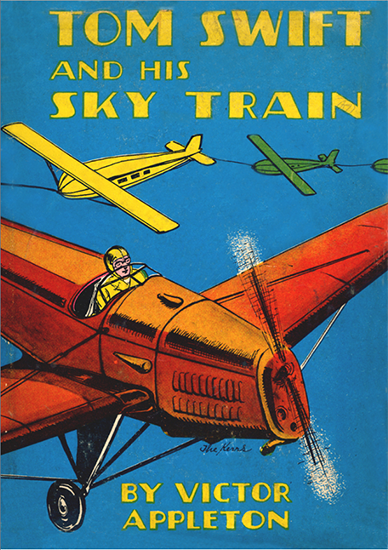 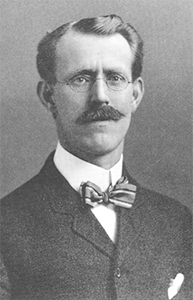 In 1905, Edward Stratemeyer formed a literary syndicate when he realized he couldn’t individually write all the new stories for the many different series books he was creating. He devised a system where he farmed out stories to ghostwriters to complete while he kept editorial control and all the rights to the stories.

Stratemeyer used the concept of the series to great effect. Juveniles became attached to the heroes and heroines of the stories and often felt compelled to read the next book in the series. Stratemeyer also convinced publishers to drop the price of his hardcover books to fifty cents making them affordable and attractive to a broader audience. This new affordability accounted for a huge increase in sales.

The Stratemeyer Syndicate produced over 1,200 series books in 125 different series under approximately 100 different names and pseudonyms. 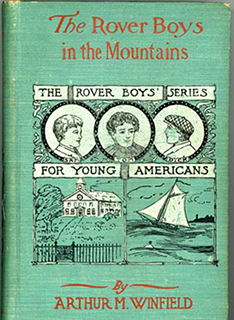 The first successful series that Edward Stratemeyer created was The Rover Boys which he started in 1899. Stratemeyer wrote the books himself under the pseudonym Arthur M. Winfield.

Winfield, Arthur M. The Rover Boys in the Mountains, or A Hunt for Fun and Fortune. Rahway, New Jersey: The Mershon Company, 1902. 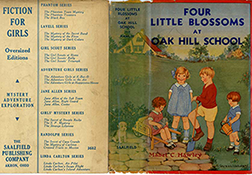 The Four Little Blossoms, one of the Stratemeyer series, was written by Josephine Lawrence under the pseudonym Mabel C. Hawley between 1920 and 1930. 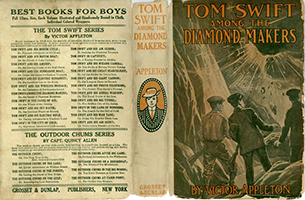 The Tom Swift books originally created by Edward Stratemeyer were published in four different series from 1910 to 1993. 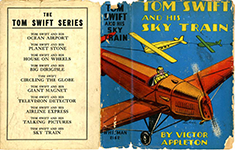 The series was originally written by Howard R. Garis who went on to write 315 books for the Stratemeyer Syndicate. 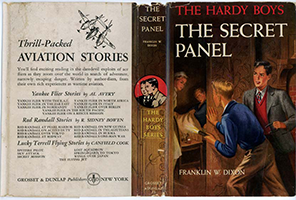 Stratemeyer created his popular series The Hardy Boys in 1927. Following its success, Stratemeyer decided to create a series featuring a girl detective; thus the Nancy Drew series was born. 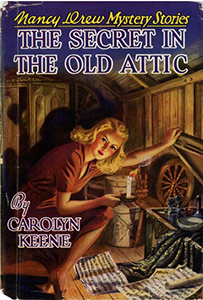 How the Stratemeyer “Fiction Factory” worked: 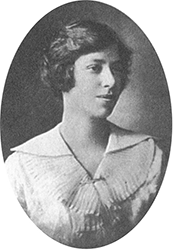 Simon and Schuster purchased the Syndicate in 1984 and are still publishing numerous successful series including several different Nancy Drew series.