The Movement for Higher Wages: From Poverty to a Living Wage

American workers banded together to demand higher wages beginning with the Boston ship carpenters in 1675. With the founding of the American Federation of Labor (AFL) in 1886, the labor movement promoted the idea of a general “living wage” which would enable all workers, including workers not a part of a union, to support a family, participate in public life, and maintain an “American standard of living” higher than the 19th century European urban working class.

In the depths of the 1930s depression, both unemployed and union workers mobilized to successfully support the passage of the Fair Labor Standards Act, which established the first national minimum wage at $0.25/hour (equivalent to $4.31/hour in 2017 dollars). From this point on, the labor movement applied pressure to local, state, and federal governments to raise the minimum wage as high as possible.

During the post-World War II economic boom, the labor movement successfully pushed the federal minimum wage to $1.60/hour in 1968 (equivalent to $11.20 in 2017 dollars). Due to difficult economic conditions in the following decades, organized labor was unable to sustain the momentum to increase the minimum wage and it declined to the 2017 equivalent of $7.25/hour.

Today, the labor movement supports the Fight for $15 organization uniting a broad range of community groups and unions to renew the struggle to make the minimum wage truly a living wage. 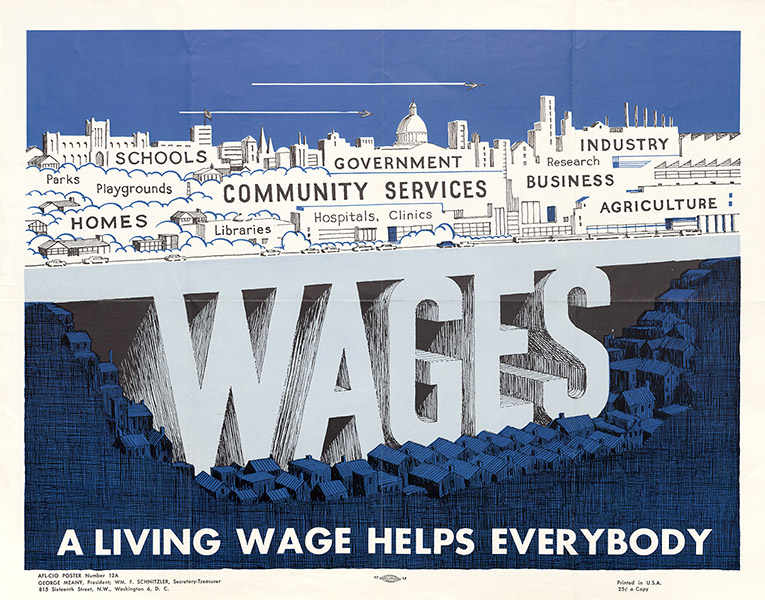