Labor Without Borders: From Diplomacy to International Solidarity

The American labor movement has a long history of engaging in international affairs.  At the turn of the 20th century, American Federation of Labor (AFL) President Samuel Gompers spoke out against imperialism and in support of independence and democracy in countries beginning to emerge from colonialization.

World War I and the Russian revolution shifted the AFL politically to the right. Facing competition for leadership of the movement from leftwing activists, the AFL leaders realigned themselves with U.S. foreign policy and anti-communist forces around the world. During most of the 20th century, the American labor movement regularly supported conservative unions and right-wing political organizations as partners in the resistance against communism.  There were exceptions to these conservative stances when American labor allied with popular progressive forces such as the anti-Nazi movement, opposed the racist Apartheid regime in South Africa, and supported Solidarnosc, an independent union movement in Poland.

After the fall of the Soviet Union in 1991, the American Federation of Labor - Congress of Industrial Organizations (AFL-CIO) began to shift its focus away from anti-communism and became more critical of U.S. foreign policy. Today, the AFL-CIO’s Solidarity Center focuses on promoting human rights, gender equality, immigrants’ rights, and union organizing around the world. 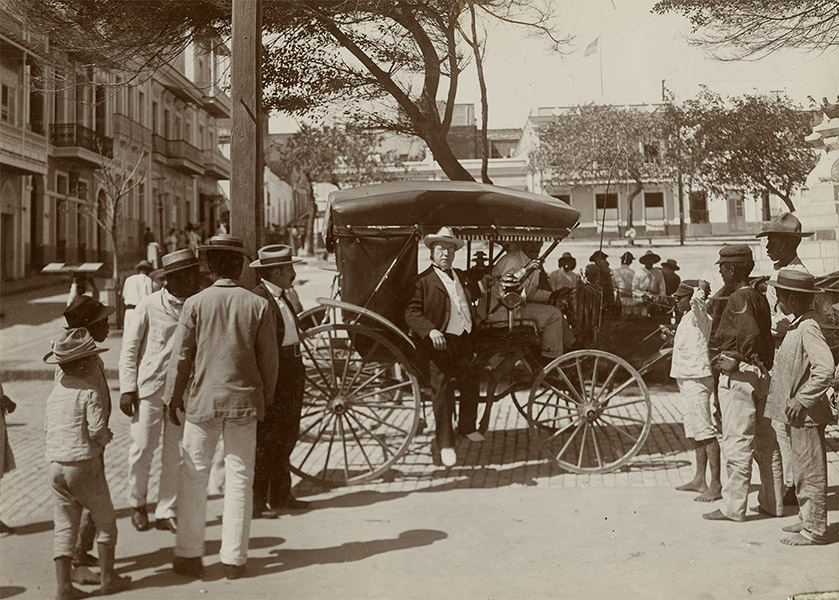 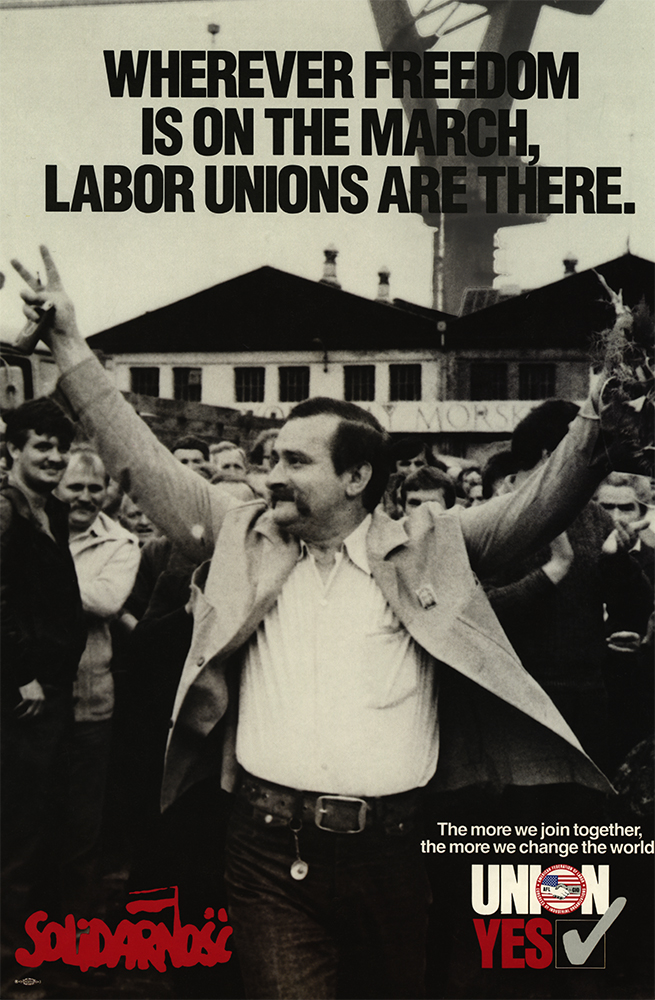 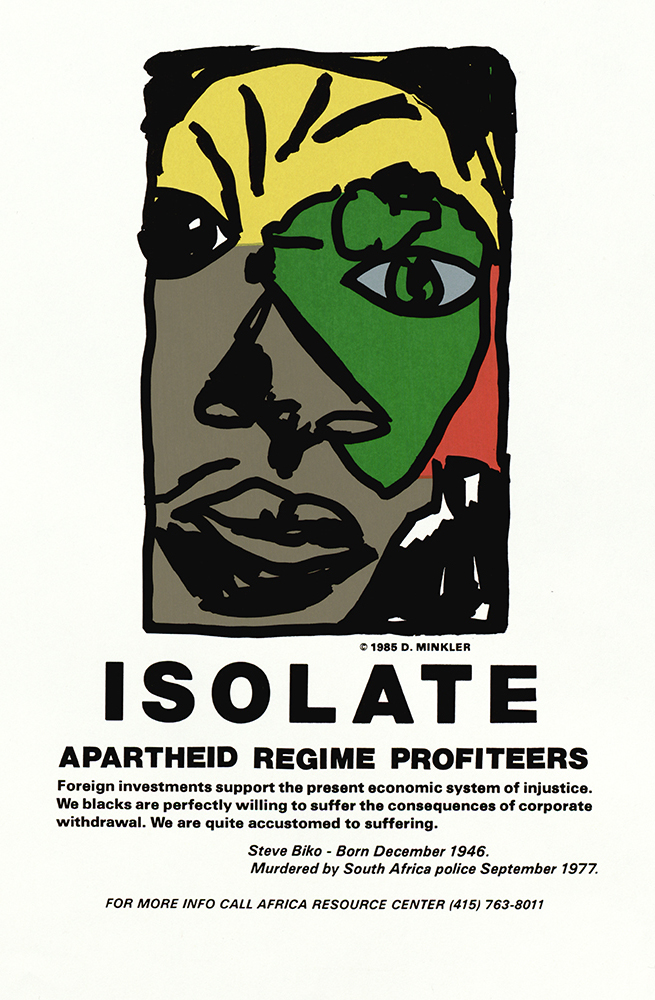 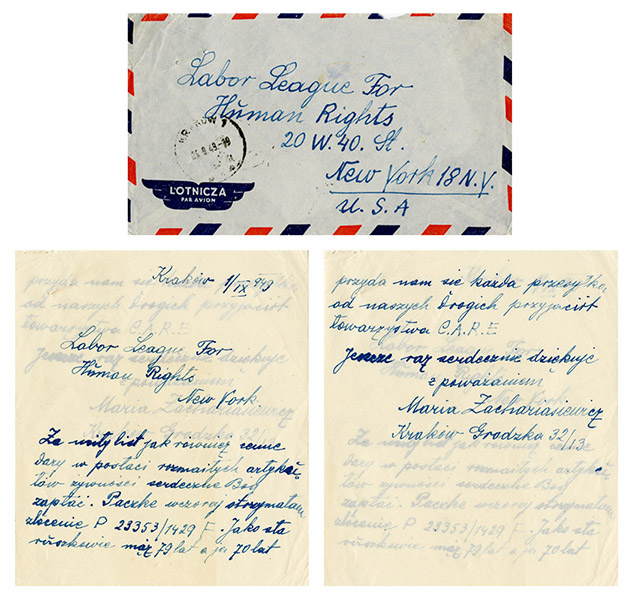 Maria Zachariasieurcz to the Labor League for Human Rights and the American Federation of Labor. August 8, 1949. 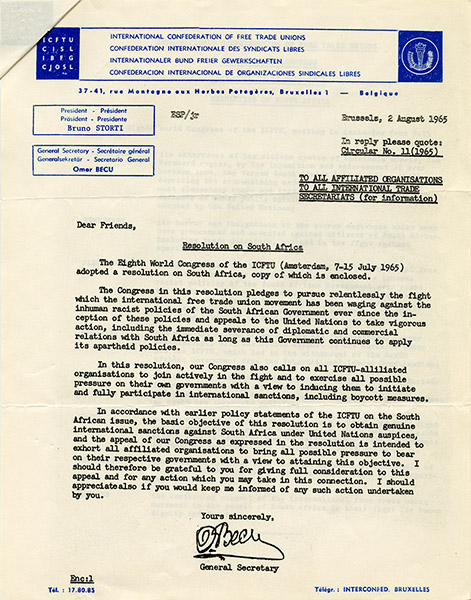 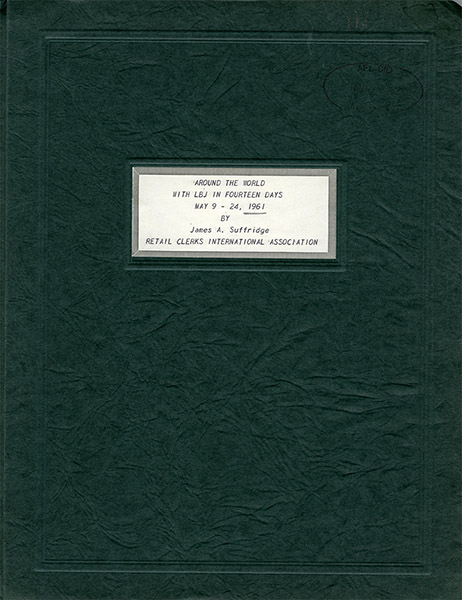 Around the World with LBJ in Fourteen Days, May 9-24, 1961. George Meany Memorial Archives Records, Vertical Files.

A report documenting an international diplomatic tour with Vice President Lyndon B. Johnson by James A. Suffridge, Retail Clerks International Association. It includes eyewitness accounts of the status of the labor movements in Vietnam, the Philippines, Taiwan, Hong Kong, Thailand, India, Pakistan, Greece and Libya. 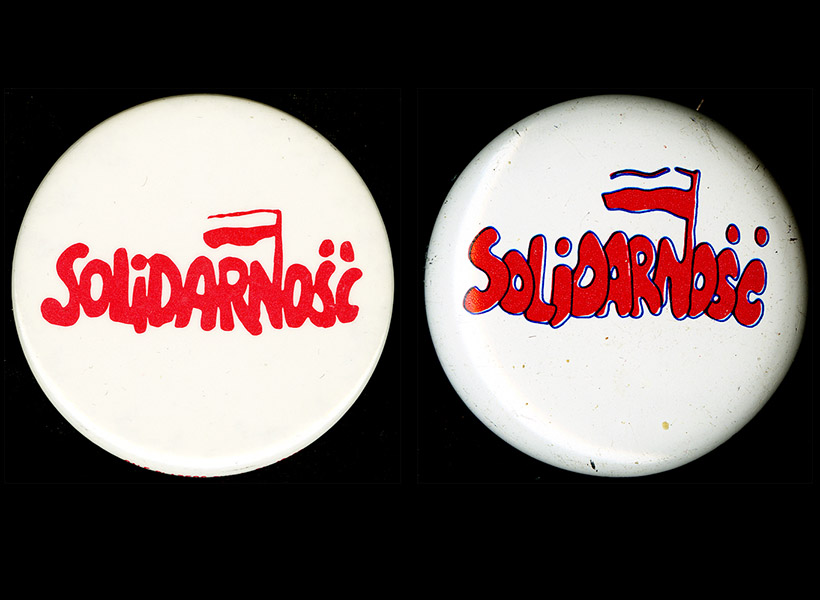 Buttons expressing support for the independent democratic labor movement in Poland. "Solidarnosc" is the Polish word for "Solidarity." The organization was founded in 1980 and played a major role in establishing a democratic government. Solidarnosc continues today as a major labor union. 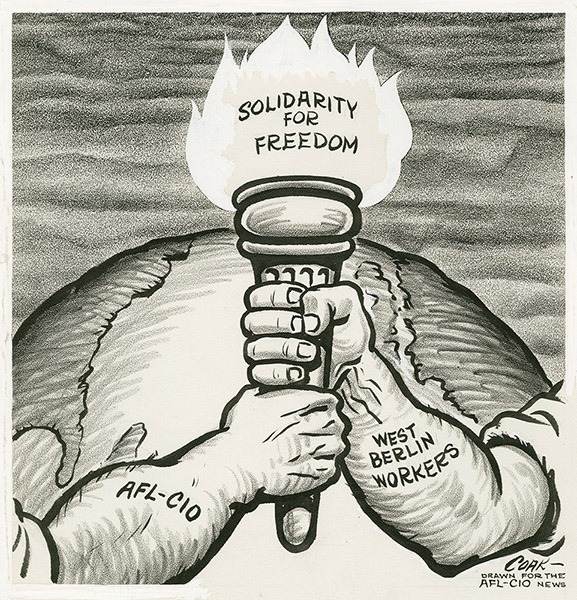 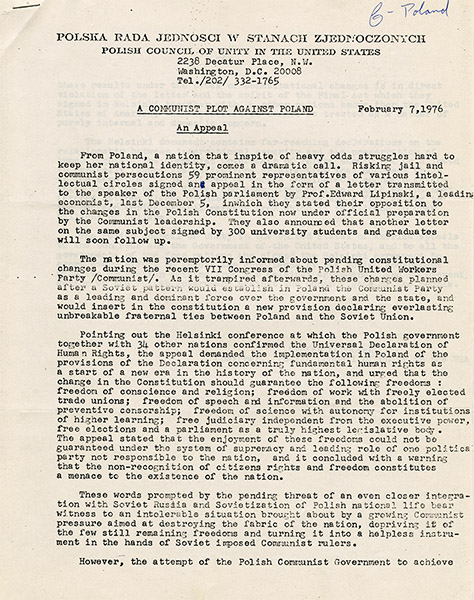 Letter calling for the United States Congress to support the enforcement of the 1975 Helsinki Accords regarding human rights in Eastern Europe, including the right to organize freely elected and democratic unions. 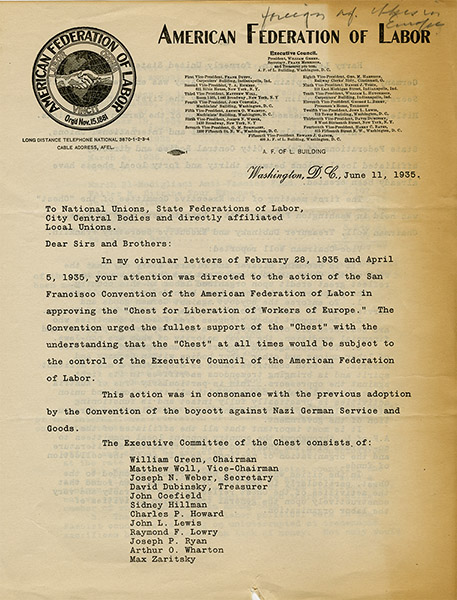 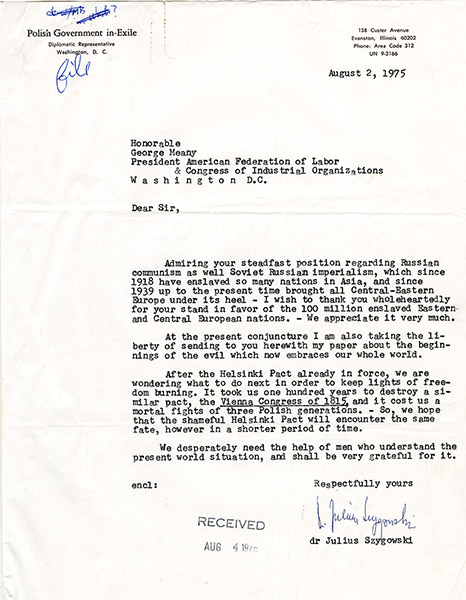 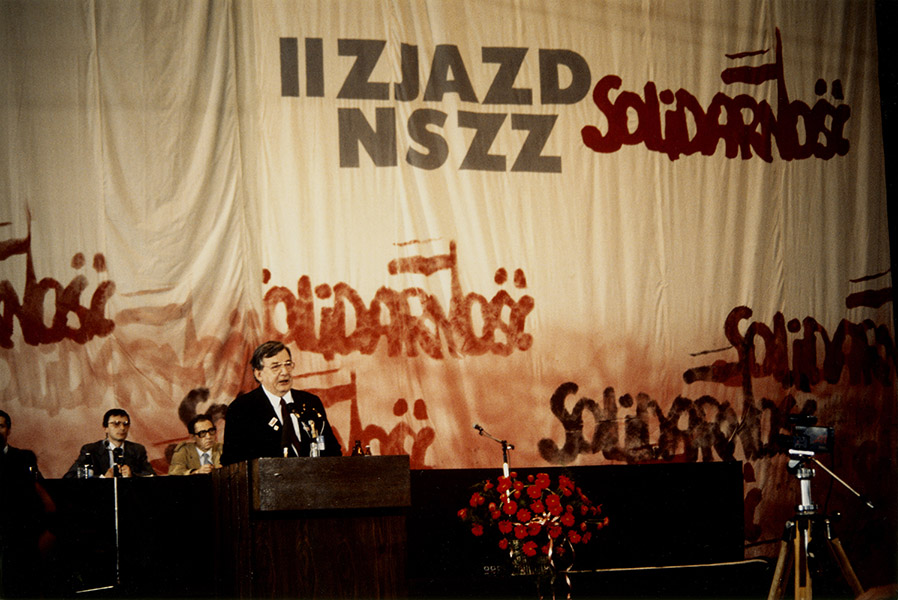 In 1980, Solidarnosc emerged as a movement of millions of Polish workers aimed at establishing a democratic society, including independent labor unions. The AFL-CIO has supported this movement from its founding. 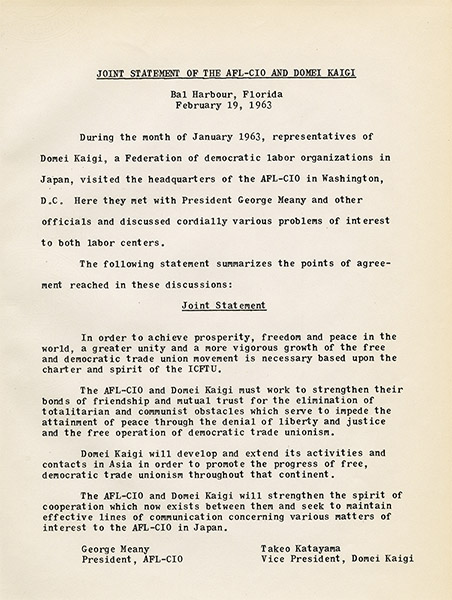 Press release declaring the intention of the AFL-CIO and the Japanese labor federation, Domei Kaigi, to promote a free and democratic labor movement in Asia.