Thirty-seven years after the founding of the American Bandmasters Association, the organization held its annual convention in Washington, D.C. for the third time. Lt. Col. Chester E. Whiting was serving as president and George C. Wilson was elected during the last meeting of the convention. Frank Simon was made an “Honorary Life President”. James L. Dixon, author of the march “The District of Columbia is My Home Town,” served as Convention chairman. He played an active role in the creation of the Sousa Memorial Fund, which had a variety of philanthropic causes, including the creation of a Sousa Memorial Bandshell in the National Cultural Center (now the John F. Kennedy Center for the Performing Arts).

Three concerts featuring military and university bands from the D.C. area were core convention events. They featured a wide variety of music, including new commissions, familiar standards, and everything in-between. The third concert featured the presentation of the Goldman Memorial Citation to Robert Russell Bennett, who proceeded to direct a performance of his Douglas MacArthur march. In addition to Whiting and Dixon, Hubert Henderson, then director of bands at the University of Maryland, played an integral role in convention planning. Henderson conducted at one of the three main concerts and organized a Civil War Band, which played at the Smithsonian Museum of History and Technology, and a tour of the ABA Research Center, then in its third year. Alice Laboda was the local host for the “Band-Aids”, an auxiliary for ABA members’ wives. She organized a number of social activities during the convention. The Band-Aids were heading a fund-raising effort for the Journal of Band Research through sales of Cooking in Rhythm, a collection of recipes submitted by ABA wives compiled and edited by Rosalie Yoder.

Meetings were held at the Mayflower Hotel on Connecticut Avenue, a hotel with a deep historic association. The Mayflower first opened in February 1925, after several years of construction. At that time it was among the most luxurious hotels in the city, featuring 440 guest rooms, 500 residential apartments, three restaurants, and several ballrooms. Although the owners were embroiled in bankruptcy proceedings during much of the 1930s, the Mayflower hosted inaugural balls every four years from 1925 to 1981. It was reported to be Harry S. Truman’s favorite D.C. hotel, and F.B.I. Director J. Edgar Hoover frequently lunched at the Rib Room. Four decades after its opening, the Mayflower remained a glamorous and recognizable destination. 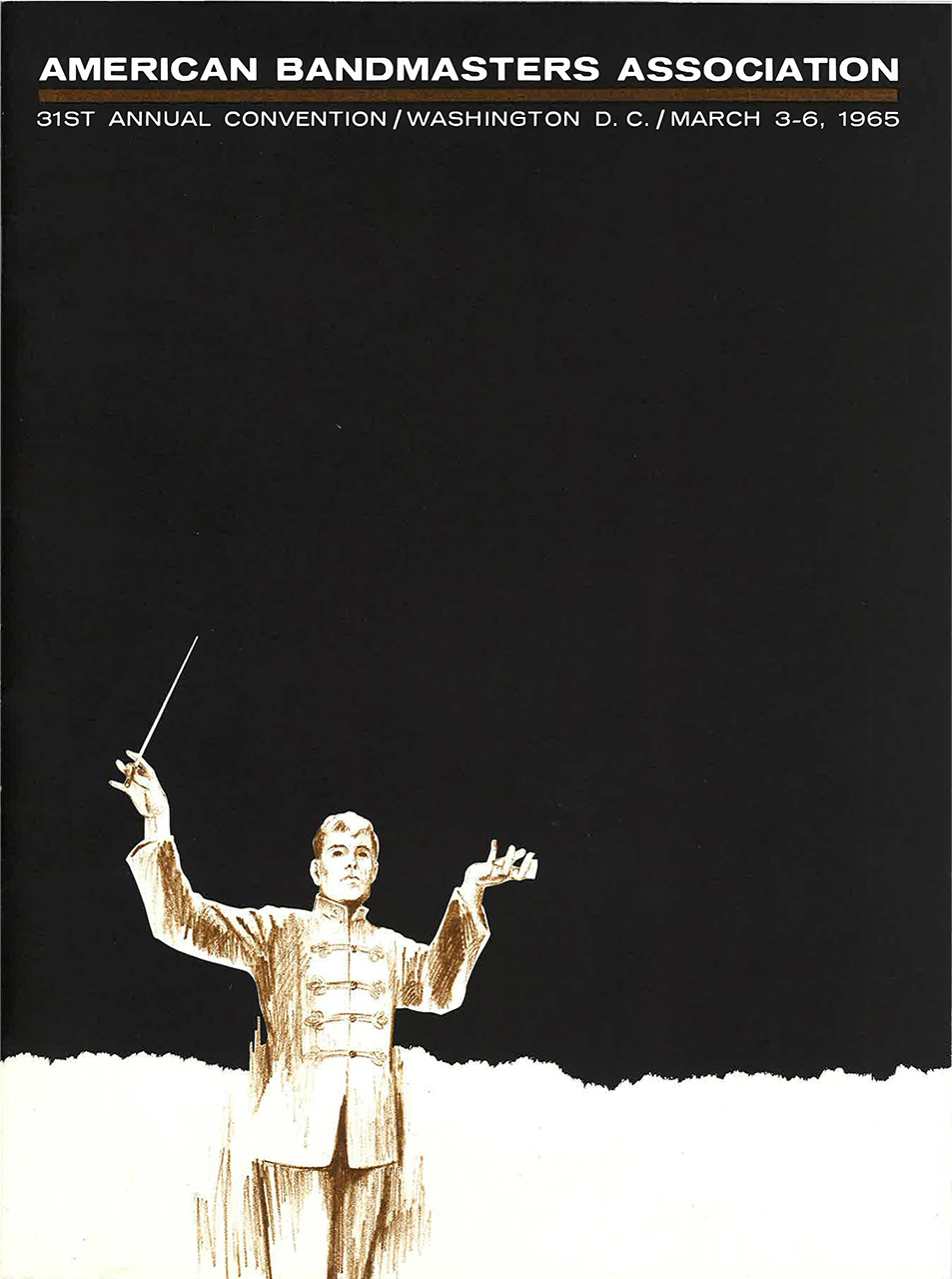 Group Photo from the 1965 Convention 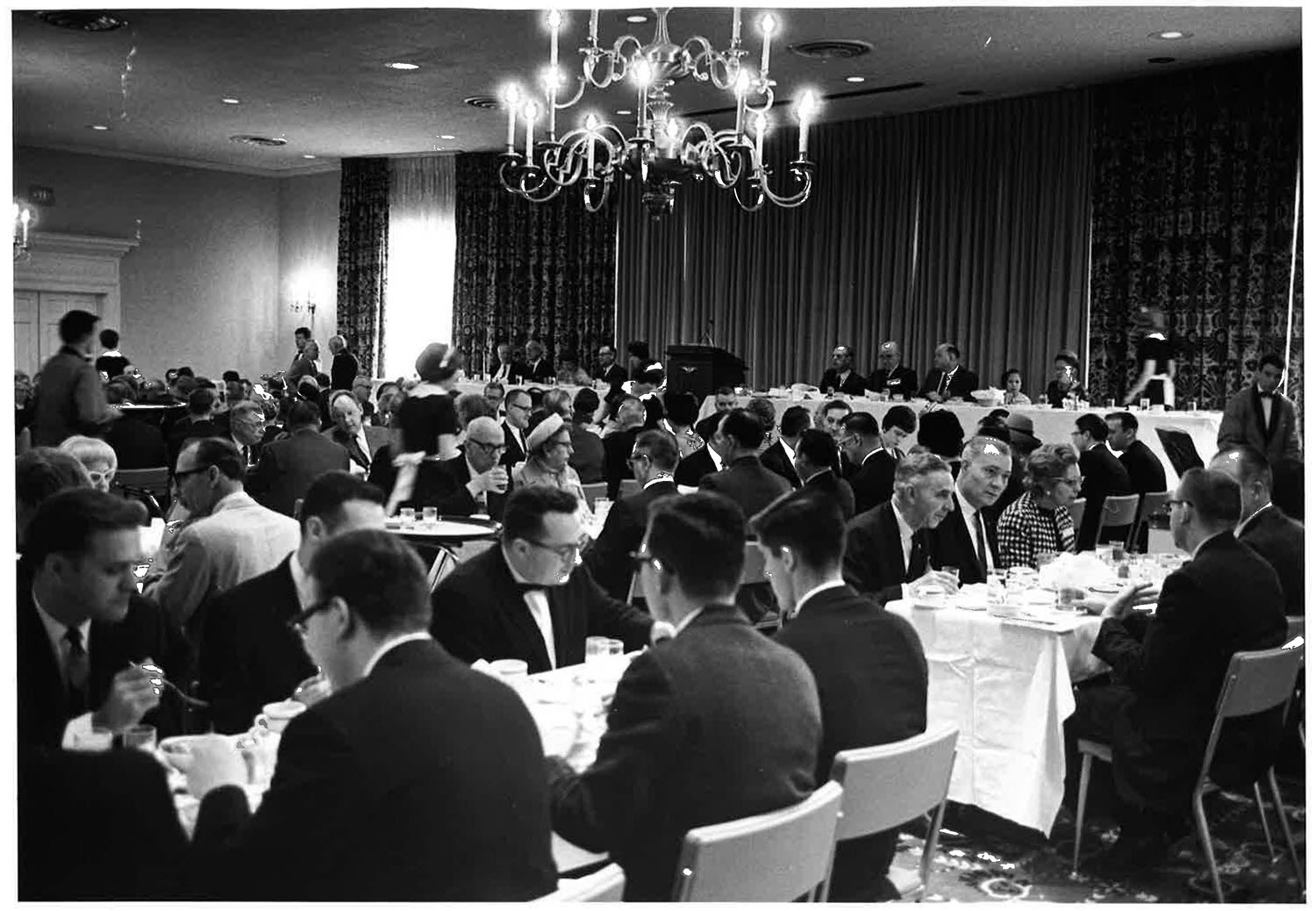 Luncheon at the Mayflower Hotel 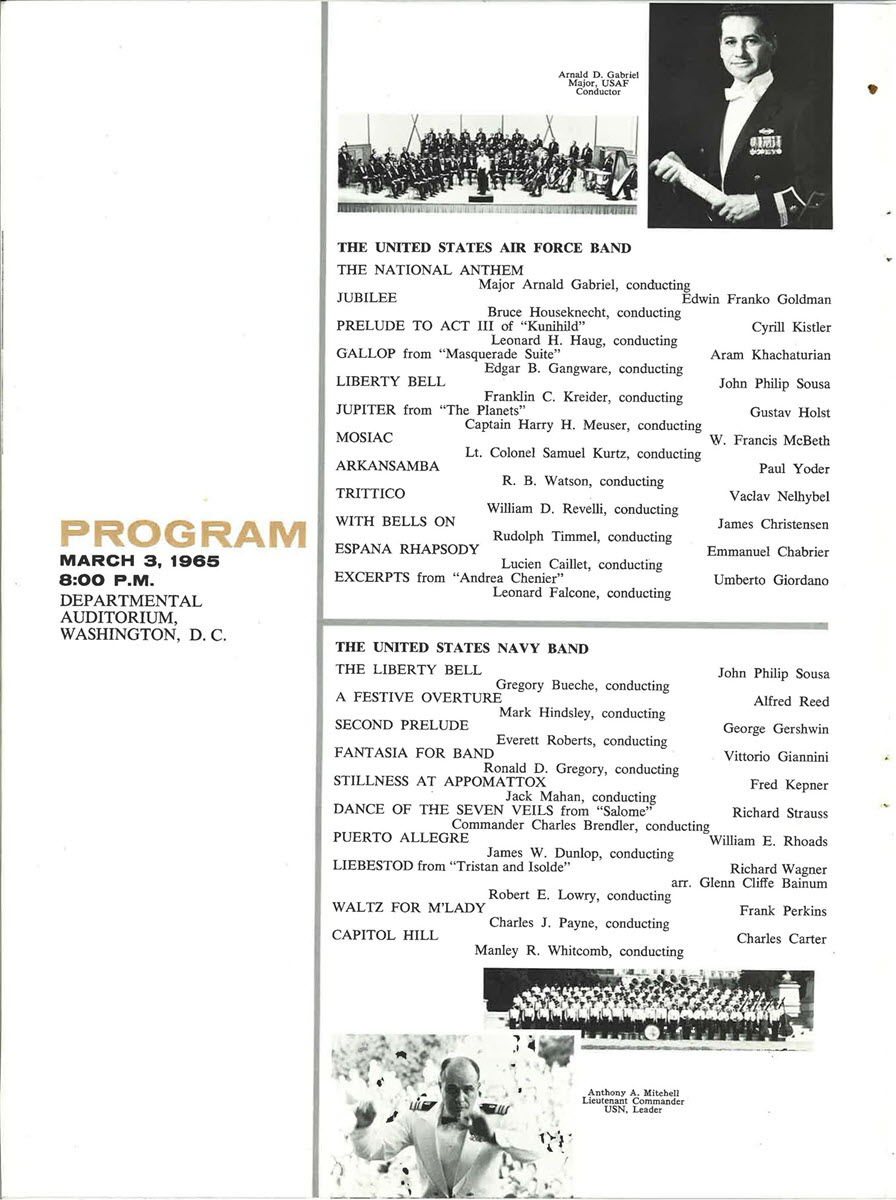 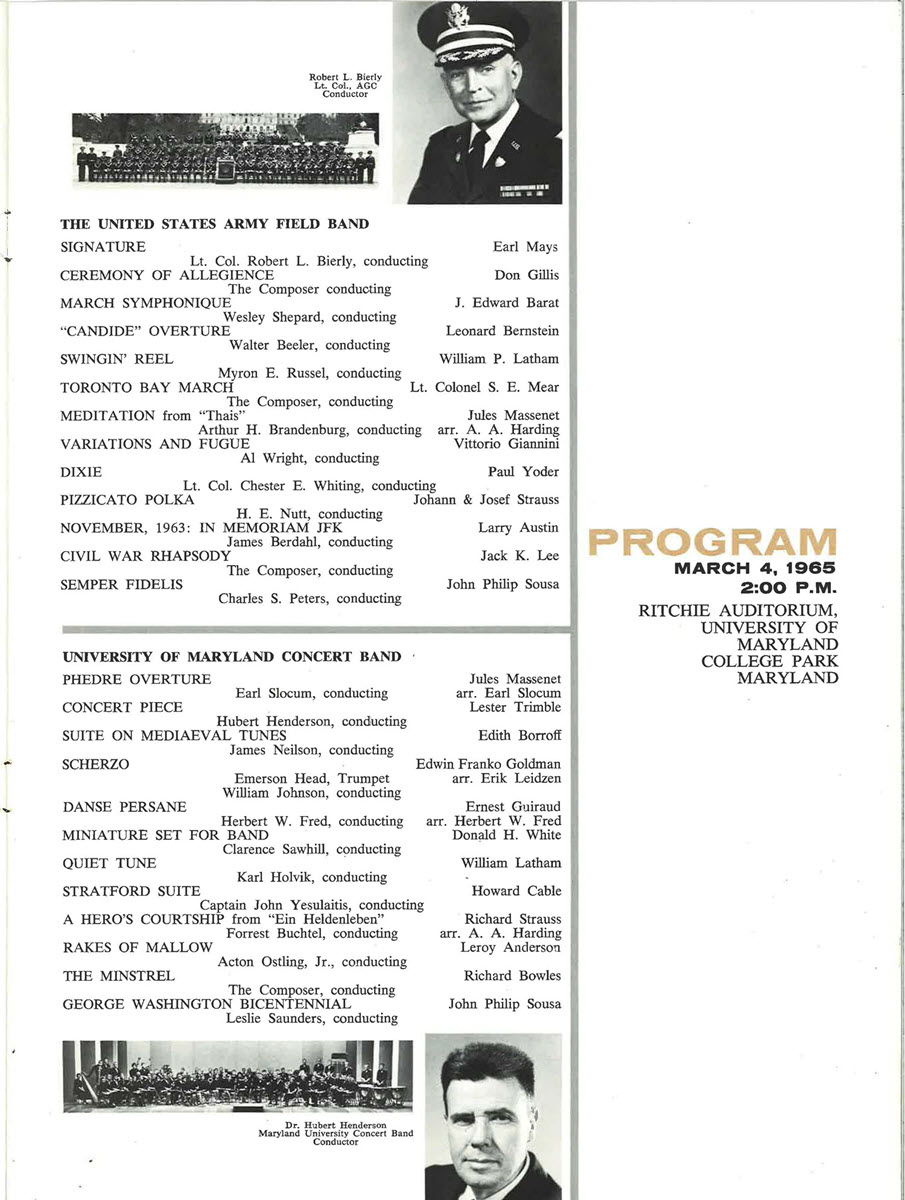 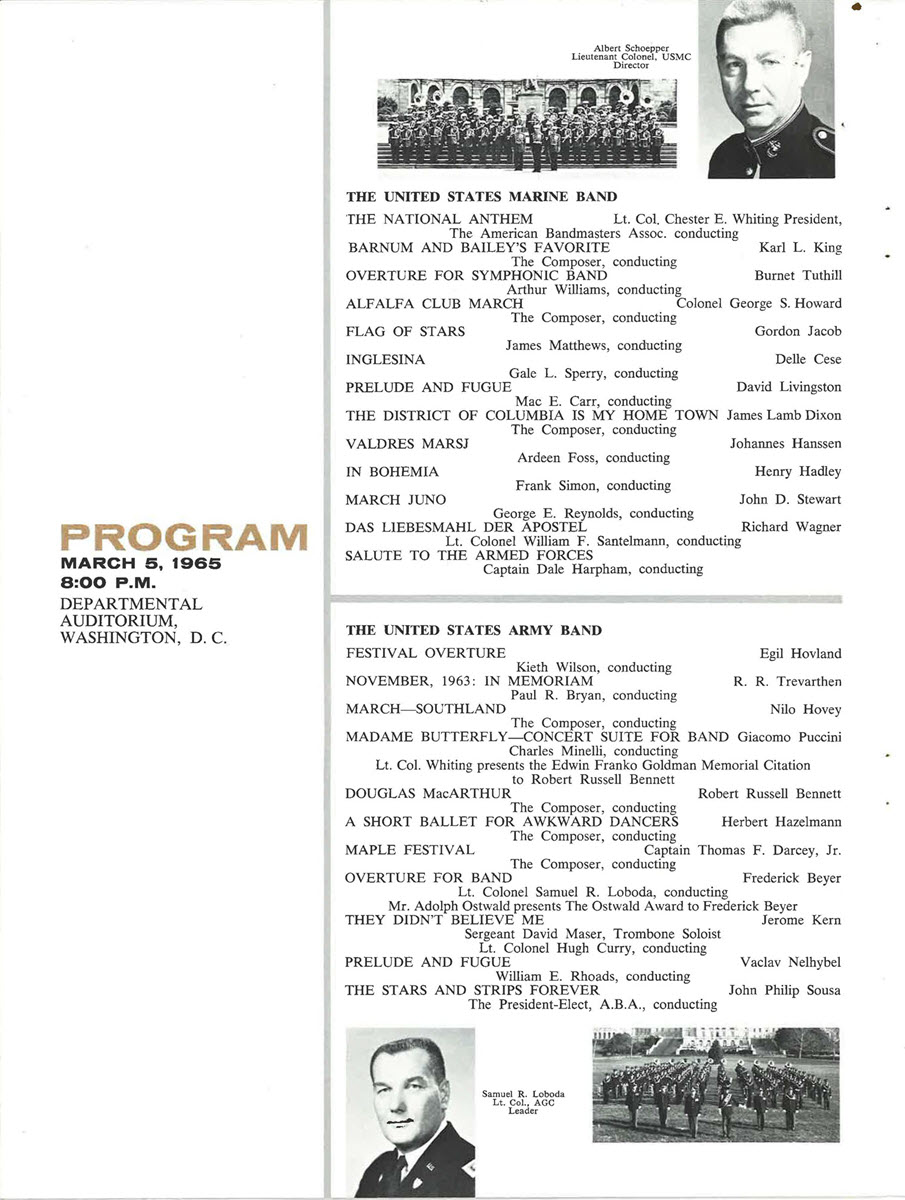 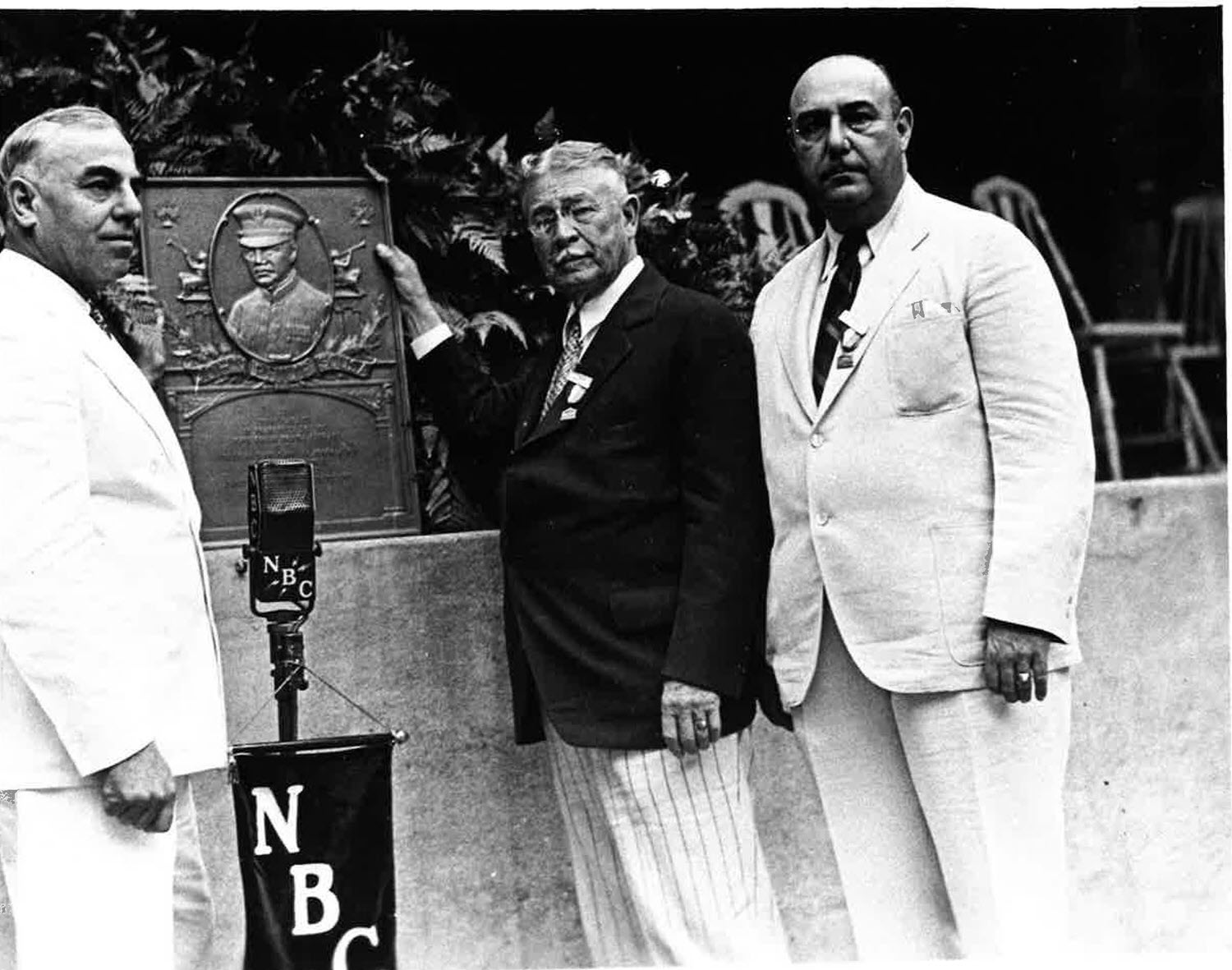