"One cannot help marvelling at the clarity and completeness of Feuillet's notation which is perfectly suited for taking down many subtle shades within [ballet]."
(Irmgard Bartenieff

In addition to Labanotation (Kinetographie Laban in Europe) and Motif Writing, Bartenieff was fluent in Baroque dance notation (known as Feuillet Notation) and historic dance styles. Originally developed in France, dance masters such as Pecourt, Feuillet, and Rameau published yearly compilations of the newest dances using the notation system with music movement, and spatial information. These texts were not meant for a professional dancer, but for those in society who had access to a dance master (ie. aristocracy) and who could read the notation. Each Feuillet score shows movement on a 'map' of floor patterns and contains information as to how the movement relates to measures of music (delineatead by 'cross bars' in the floor pattern). Because the arm movements were generalized, the movement of the lower body (feet and legs) was shown on the score which differs greatly from Labanotation. When Bartenieff’s studio closed in 1932 she began working with Albrecht Knust to transcribe Feuillet Notation into Labanotation; in 1952 she once again addressed the value of  studying Feuillet's notation system along with Labanotation as a tool for comprehensive understanding of the two systems. 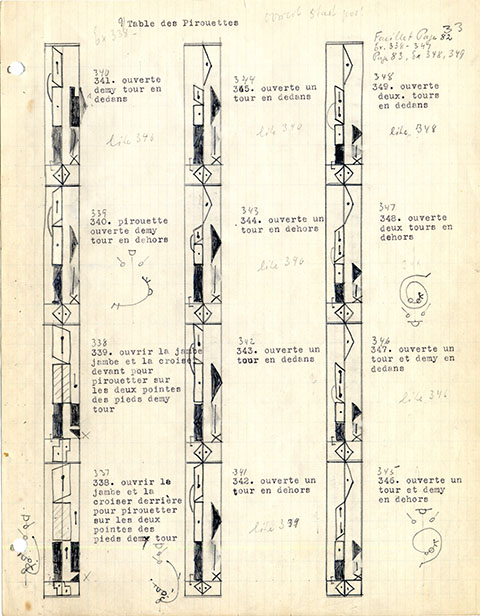 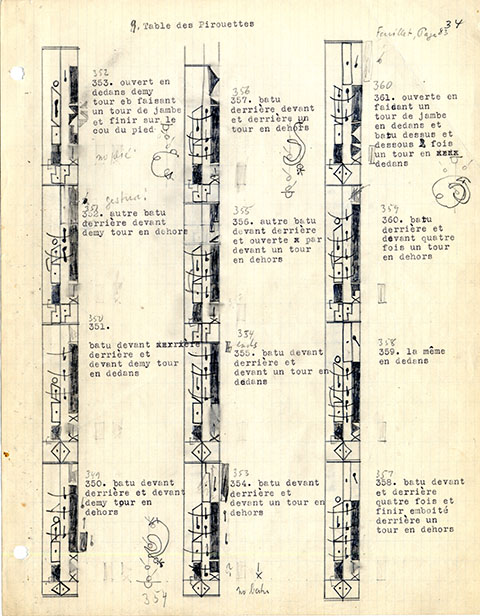 That Irmgard was well-versed in Feuillet Notation and Baroque technique is demonstrated by the multiple programs that included Baroque dances of Pecourt and Rameau. And further, her interest in historic dance styles is evidenced by the seminars she hosted at the Dance Notation Bureau and LIMS. During these seminars, often a week long, instructors such as Wendy Hilton, Shirley Wynne, Ingrid Brainard, and Julia Sutton (a veritable 'who's who' in dance history circles) shared their knowledge in technique and notation for Renaisance and Baroque styles. The archive holds several digital audio files of one Early Dance seminar, and several programs from Germany list Irmgard (as Irma Doom, Irmgard Dombois, and Irmgard Bartenieff) as performing several Baroque dances. 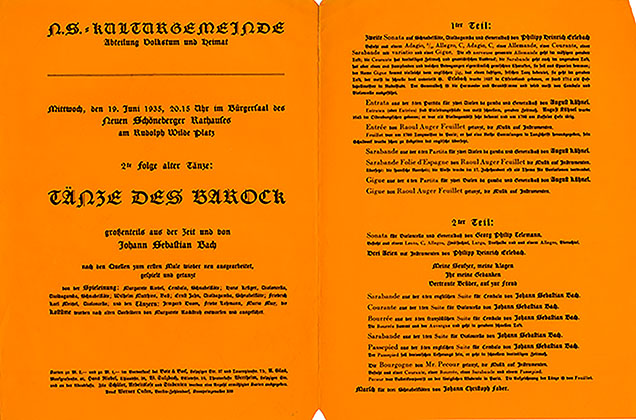 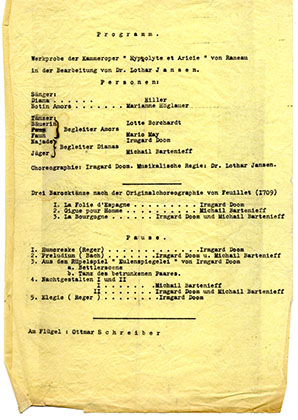