In 1927, Bartenieff began teaching technique, theory, and notation and was an assistant choreographer at the Lang-Corret Laban School. It was in this period that she created the scores for four dances, one of which is the Chinesische Ballade. In 1928, she studied ballet with Michail Bartenieff, who she eventually married and with whom she founded a dance studio in Stuttgart, the Volkshochschule Stuttgart. In 1931, Irmgard and Michail formed a dance company in Berlin, the Romantisches Tanztheater Barténieff, which performed throughout Germany to good reviews. However, the political situation in Germany in 1933, and the fact that Michail Bartenieff was Jewish, caused the Bartenieffs to eventually close their company, and Irmgard resumed her study of Dance History and Kinetography Laban (Labanotation), working with Albrecht Knust. In 1936, Irmgard and Michail traveled to the United States to find work in dance. The next year, they immigrated to the United States, where they performed sporadically and mixed with dance celebrities such as Hanya Holm, Doris Humphrey, critic John Martin, and others. When performing, Irmgard Bartenieff used various names, in addition to her own: Irma Doom, Irmgard Dombois, Irmgard Berve (the surname of her first husband), and Irma Prym. 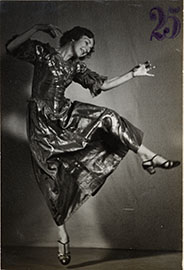 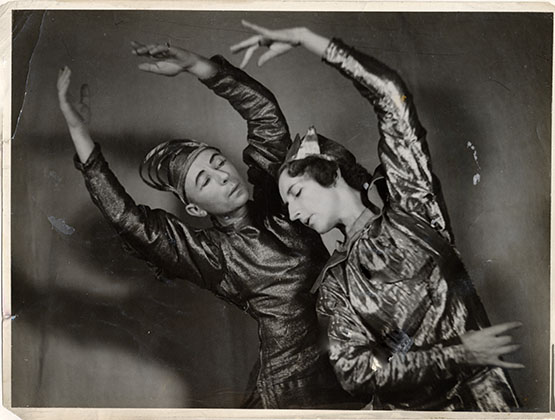 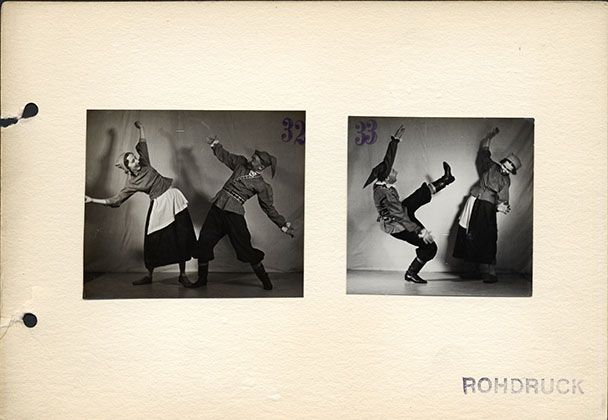 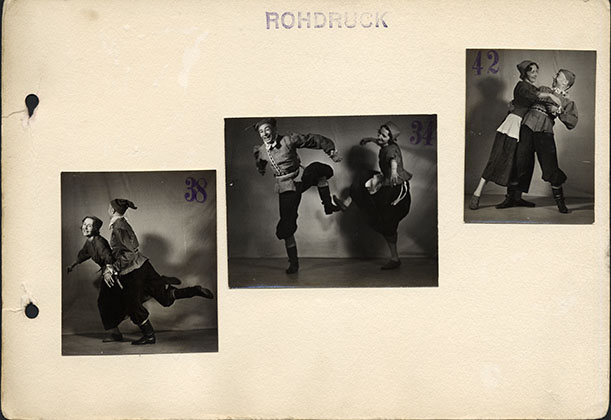 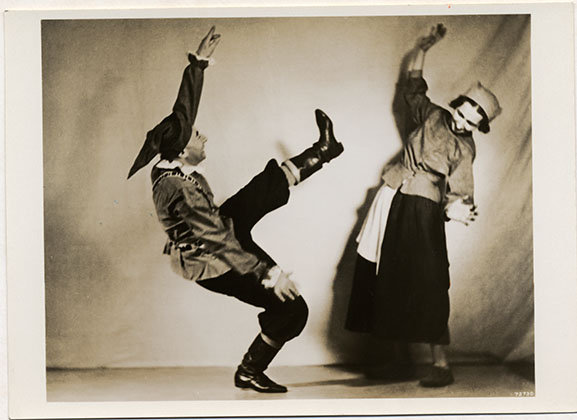 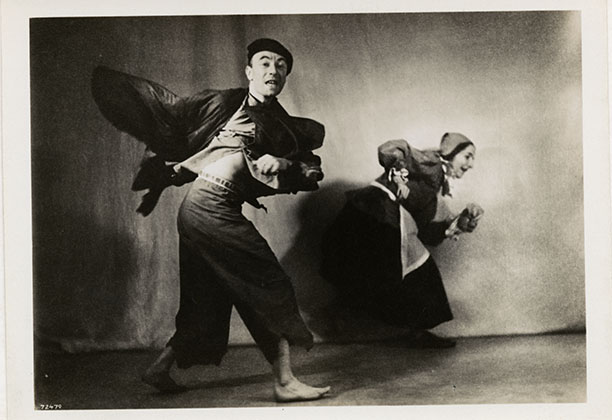 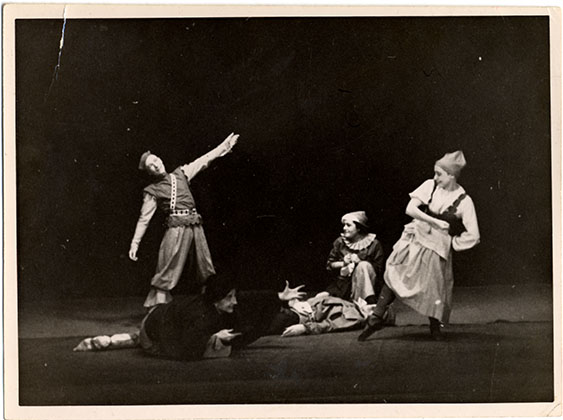 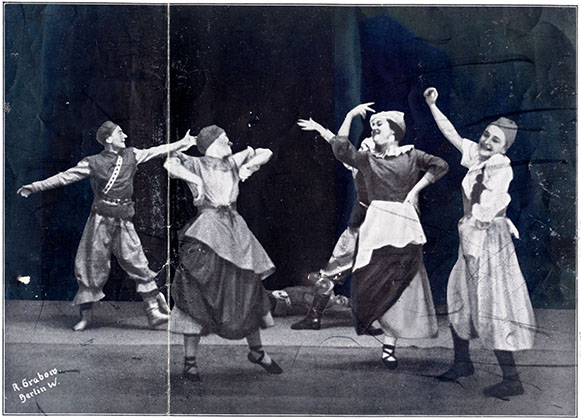 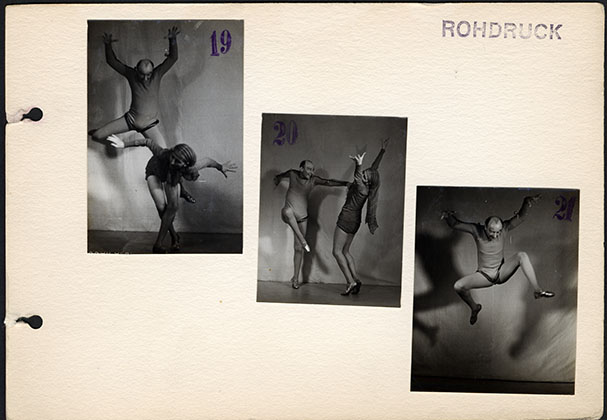 These photographs are from an album of promotional photos, some of which were used on public relations materials. Several demonstrate the Bartenieffs' light, comic styles and Irmgard’s knowledge of folk dance through costumes and movement. The broadside, postcard, news advert, and clipping below are for Eulenspiegelei, an evening of works produced in Leipzig in 1934.