Laban created large group works including Movement choirs, which were often performed outside as early versions of site specific work. For Laban, the movement choir was not about choreography, but rather, was about the process of creating and experiencing the movement. Movement choirs were for all, with professional, semi-professional, and lay people taking part together. The photos below are from film clips taken during a workers youth group movement choir directed by Martin Gleisner in Czechoslovakia, ca. 1930. 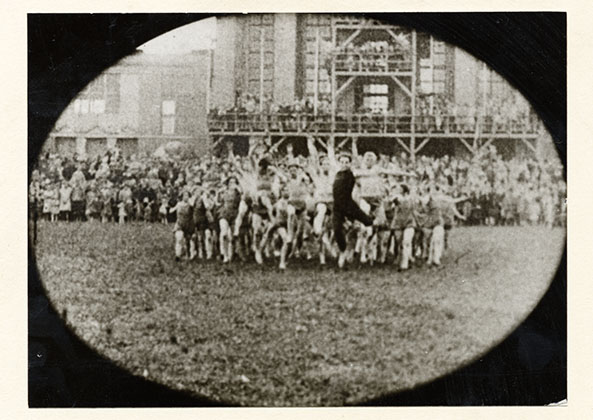 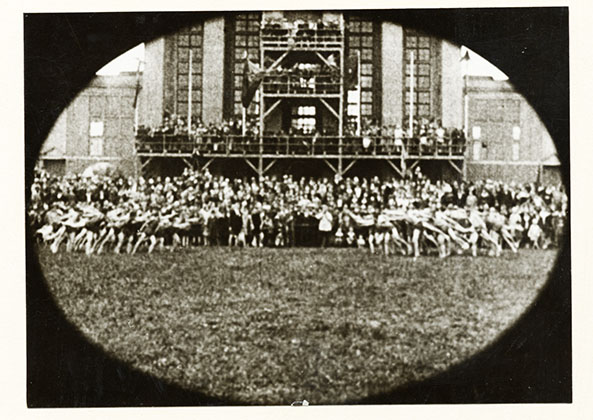 As a student of Laban in Germany, Irmgard had taken part in Laban's and Gleisner's Movement Choirs. After leaving Germany, she continued to design her own Movement Choirs, working through several drafts until she reached the final version. Often written on any paper near to hand, the designs included Motif and general language that specified music sections and lyrics to which movement was to be performed.

Notes for Israel in Egypt 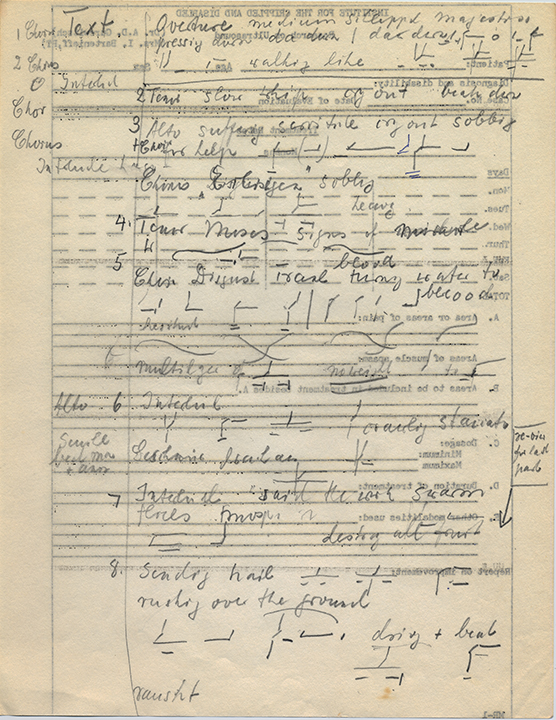 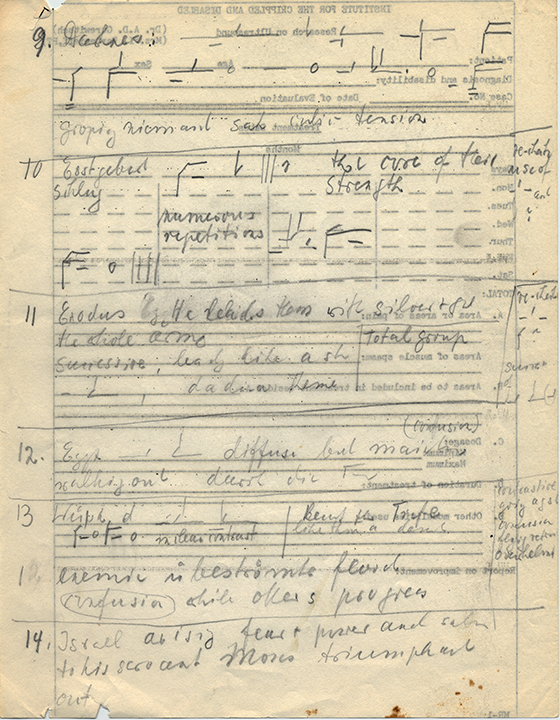 Irmgard Bartenieff leads a movement choir: Israel in Egypt at the LIMS Conference 1980