Irmgard Bartenieff traveled in a galaxy of well-known German dancers who orbited around Rudolf Laban in the 1920s. Laban was choreographing, dancing, and training dancers for several years by the time Bartenieff entered his Zentralschule Laban. A highly respected choreographer, Laban often based his works on archetypes and incorporated his personal, global approach to movement in the dances. The center photo shows Laban (center back) and dancers Ruth Loesser (to Laban's left at table), Gertrude Snell (next to Loesser), Martin Gleisner (in front). The two 'unknown' dancers are thought to be Pia (to Laban's right) and Pino Mlakar (next to Snell), but the label provided only states 'unknown" (weibekind). The outside photos are a sample of Laban's works. 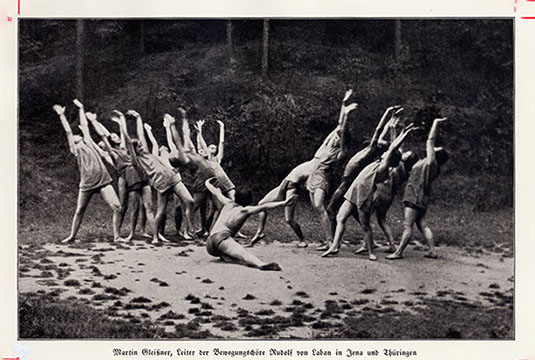 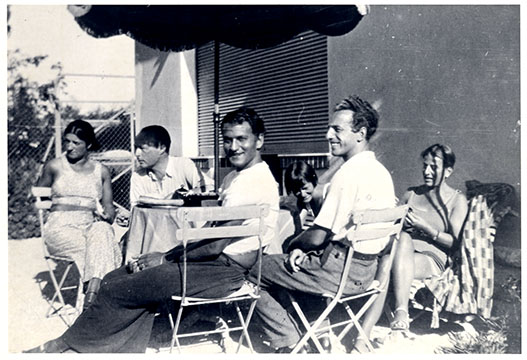 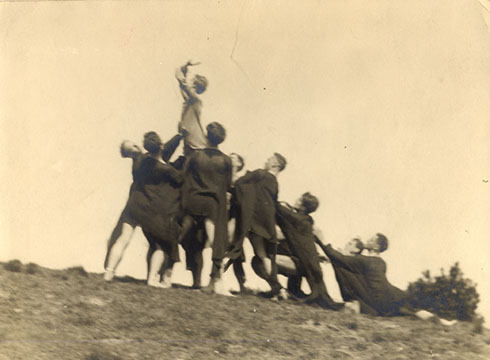 Tanzbühne Laban, the dance-theatre company Laban created in 1920, performed several works by Laban with notables such as Kurt Jooss, Hertha Feist, Mary Wigman, Martin Glesiner, Albrecht Knust, Dussia Bereska, and others. Dussia Bereska (with whom Laban had a daughter), not only danced with and for Laban, as shown here, but also ran her own school in Paris. A choreographer in her own right, Bereska is included on this program along with works by Laban. 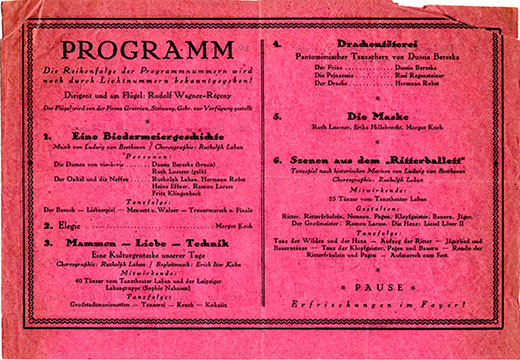 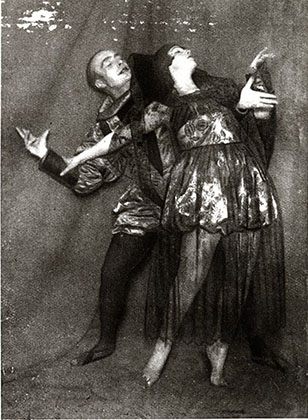 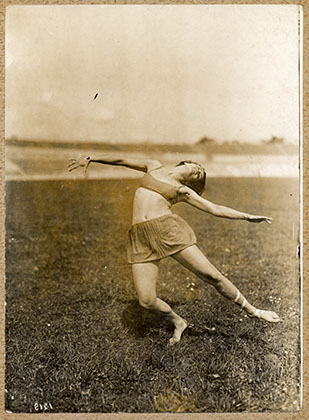 Laban choreographed Don Juan for his company in 1926, with Hertha Feist, a German expressionist dancer, as 'Donna Elvira'. Feist, who had an exuberent style, created her own school in the early 1920s where she combined gymnastics with dance. The program (from the same production as above) lists Don Juan. 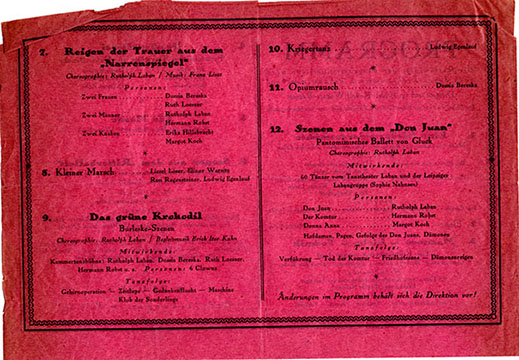 Pino Mlakar and Albrecht Knust attended Laban’s school at the same time as Bartenieff. She began to work closely with Knust in the late 1920s as he developed Laban’s notation, Kinetographie Laban (Labanotation). The photo, undated, is from Pino Mlakar’s Men’s Dance Group. 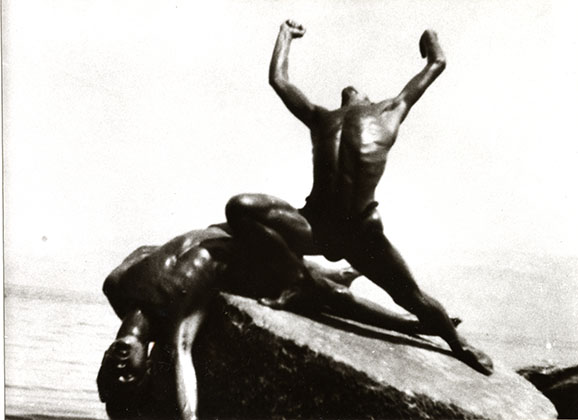 Bartenieff often kept programs and tickets to performances she attended. In this program, Kurt Jooss, is dancing the role of Death in his iconic work, The Green Table, choreographed in 1932. Jooss left Germany in 1933 to tour with his company and in 1934 immigrated to England. Jooss then helped Laban immigrate to England in 1937. 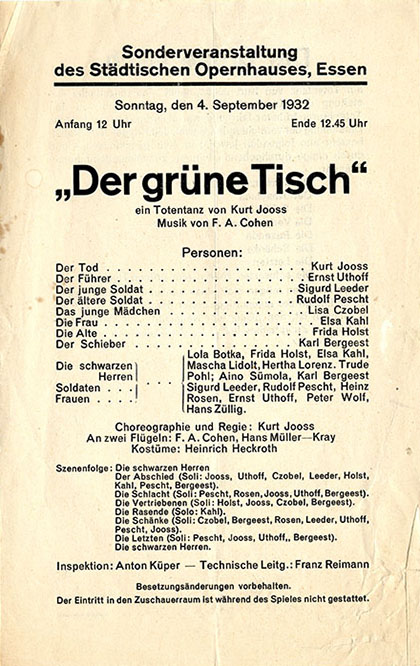 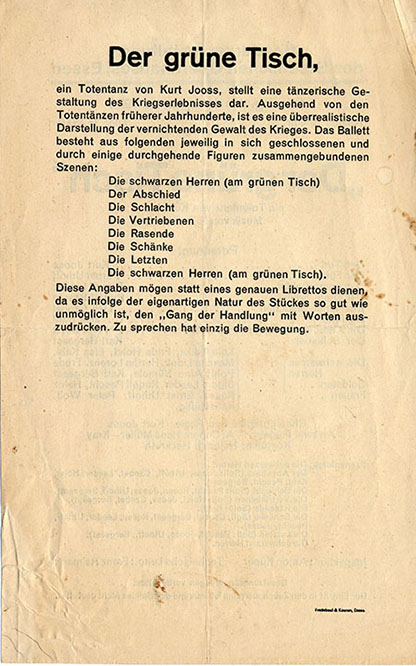