Baseball as a Shared Pastime

“Japan’s tomorrow must lift itself up with sports, and this magazine
aims to help polish the ball of a heart of New Japan.”

More than seven decades prior to the Occupation, baseball was embraced by the Japanese. The sport was introduced to elite Japanese students in the early 1870s by Horace Wilson, an American educator employed by the Japanese government to teach English at Kaisei Gakkō, the precursor of Tokyo University. Baseball went on to become the most popular sport across the nation among amateurs and professionals, until worsening conditions during the war made holding games impossible. Within two months of Japan’s surrender to the Allied Powers in August 1945, professional baseball teams, as well as school teams, were playing again and quickly won enthusiastic fans. Visits by such luminaries as Lefty O’Doul, manager of the 1949 San Francisco Seals Goodwill Baseball Tour, also revitalized the sport. Both occupiers and occupied participated in this pastime and promoted the game as a symbol of reconciliation and the newly-established partnership. 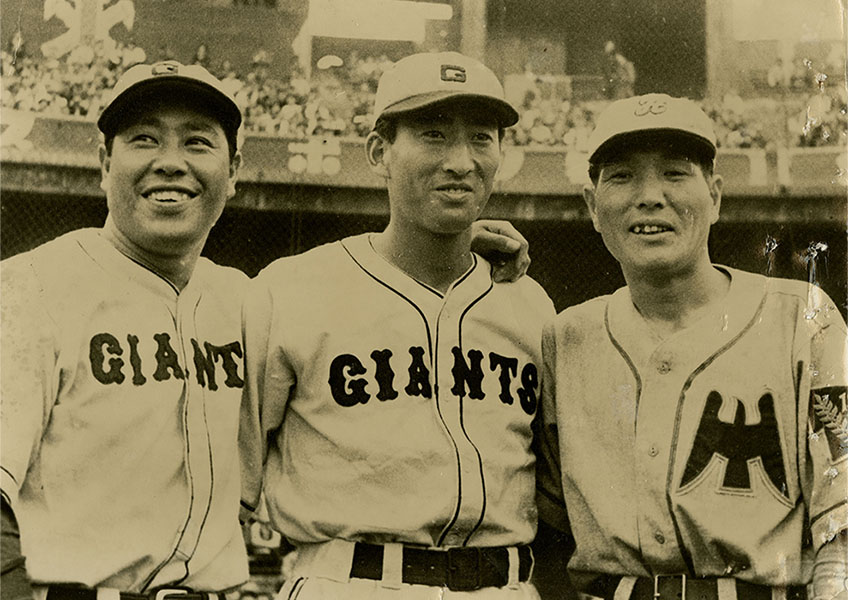 Baseball players from the Japanese professional team, the Giants. The name was adopted from the American baseball team, Kyōdō News Agency, 1948 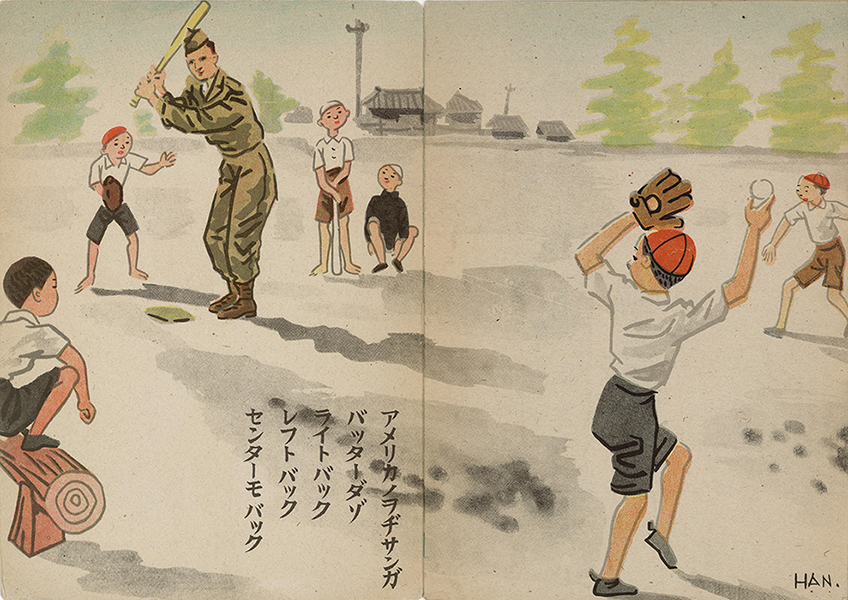 “The American is batting! Hey, get back in right field, left field, and center field!”, Amerika no Heitai-san [American Servicemen], 1946 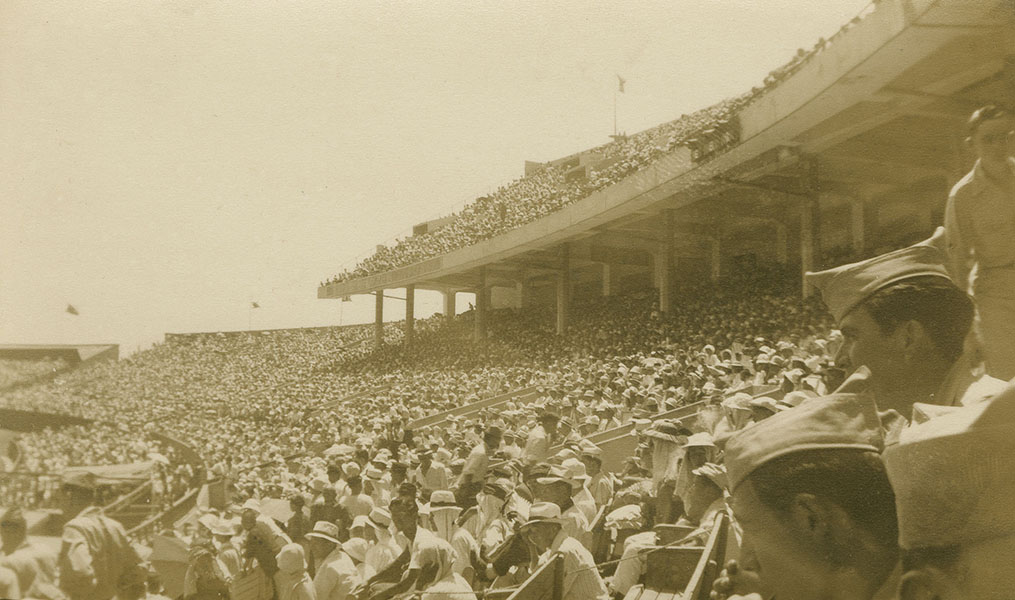 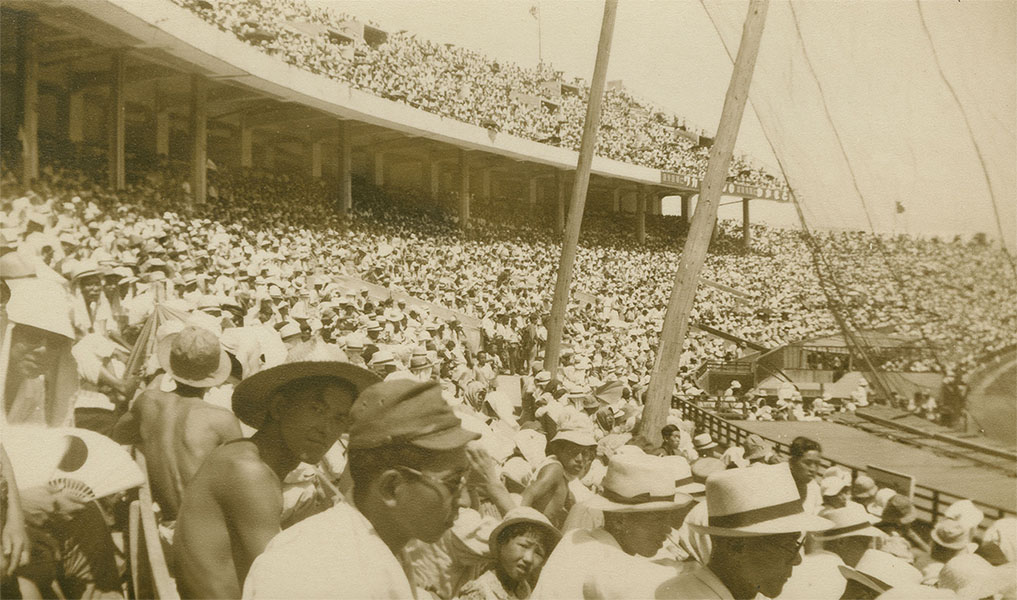 Two photographs of Japanese spectators in the stands watching a baseball game. 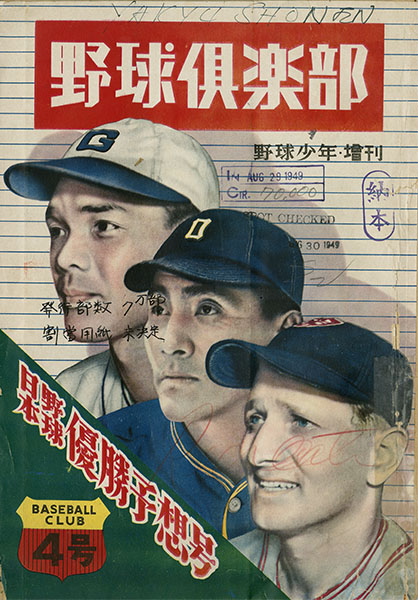 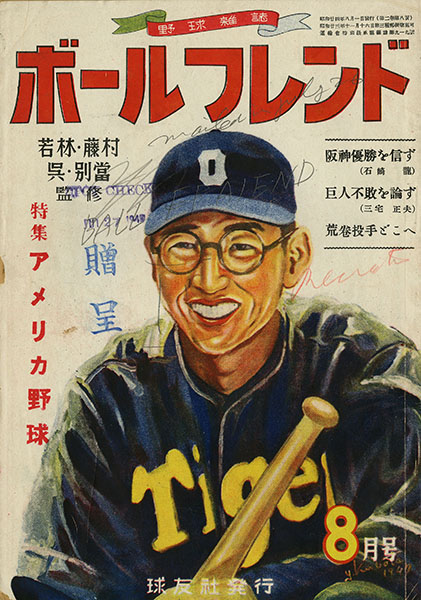 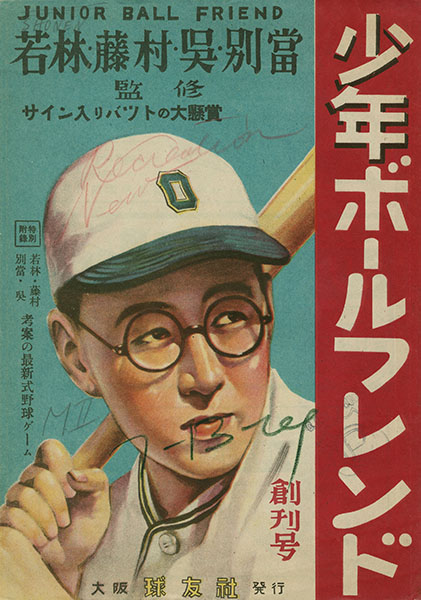 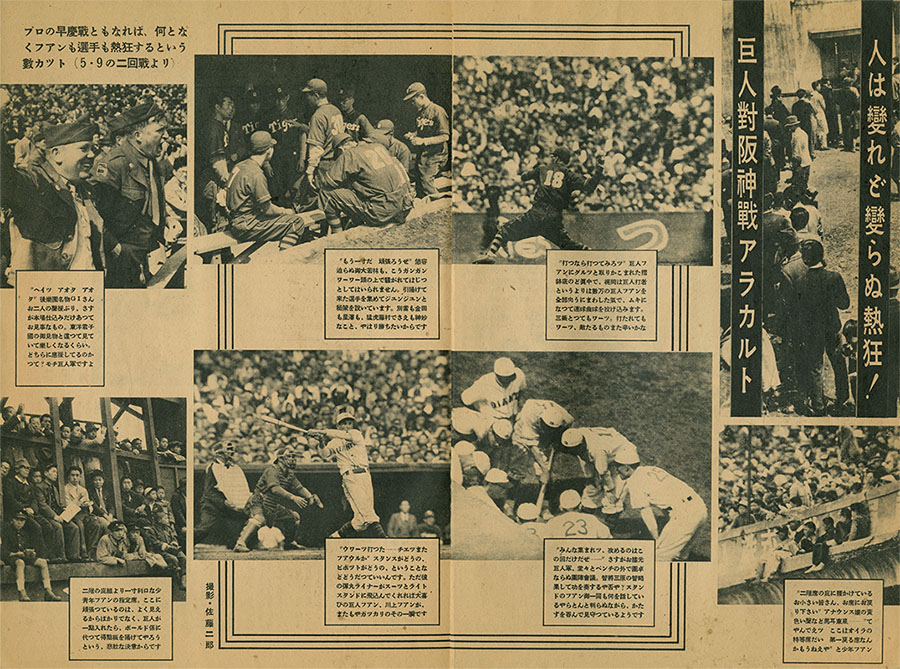 “People Change, but Excitement Doesn’t”
At top left are two GIs who were well known fans of the Tokyo Yomiuri Giants, the most popular professional baseball team in Japan at the time.  They cheered enthusiastically and loudly, which the Japanese fans found entertaining. 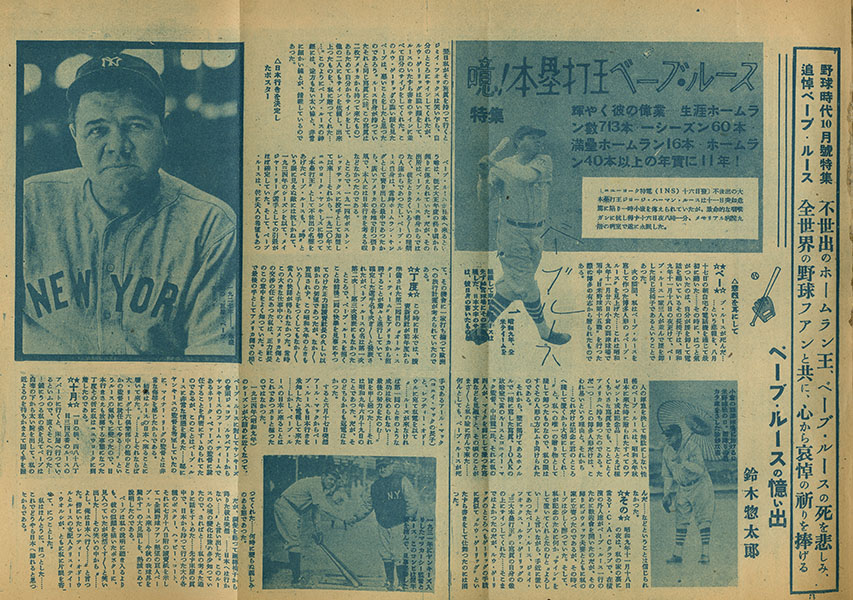 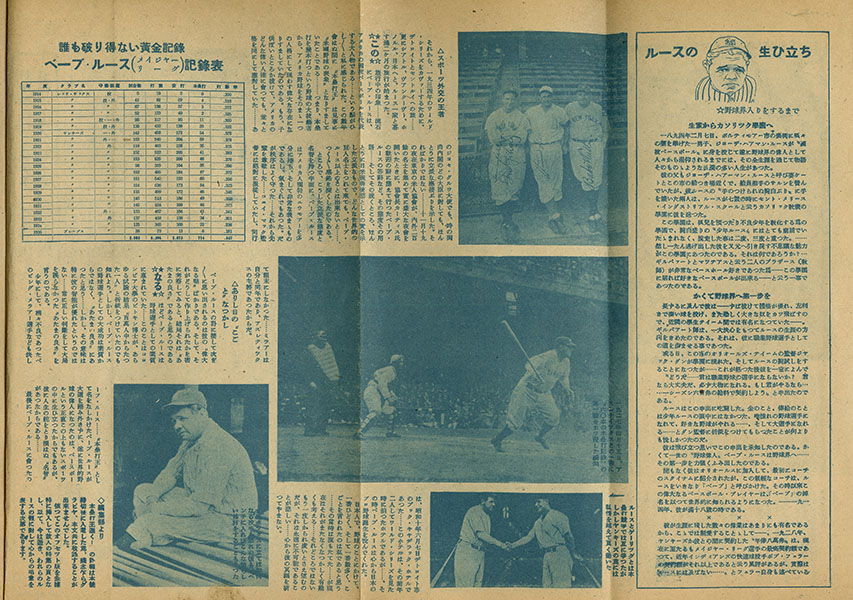 “Memories of Babe Ruth”
This is a tribute to George Herman “Babe” Ruth (February 6, 1895 - August 16, 1948), published soon after his death.  As the home-run king and the headliner of the 1934 Goodwill Tour to Japan, he won the hearts of Japanese baseball fans.  Millions of Japanese lined the street to see Ruth in 1934. The author of this article, Sōtaro Suzuki, reported on American baseball and was instrumental in bringing American All-Stars to Japan. In this article, Suzuki shared his personal memories of Babe Ruth. 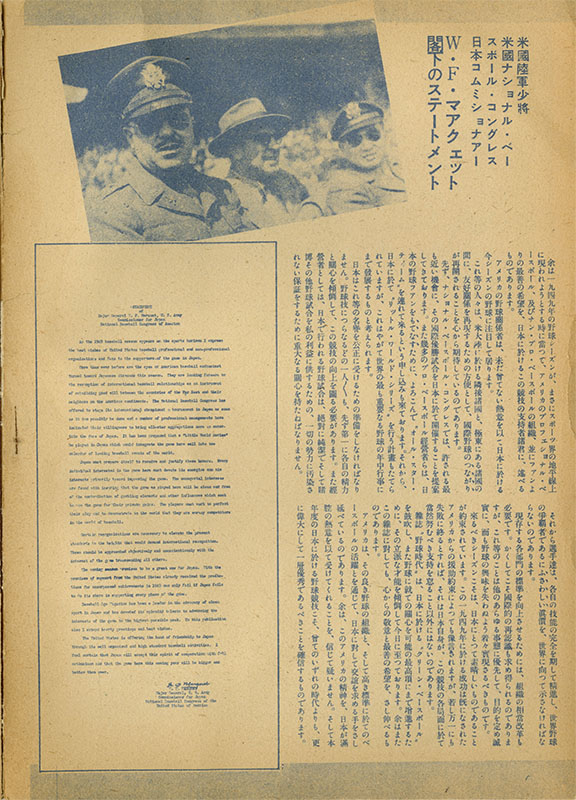 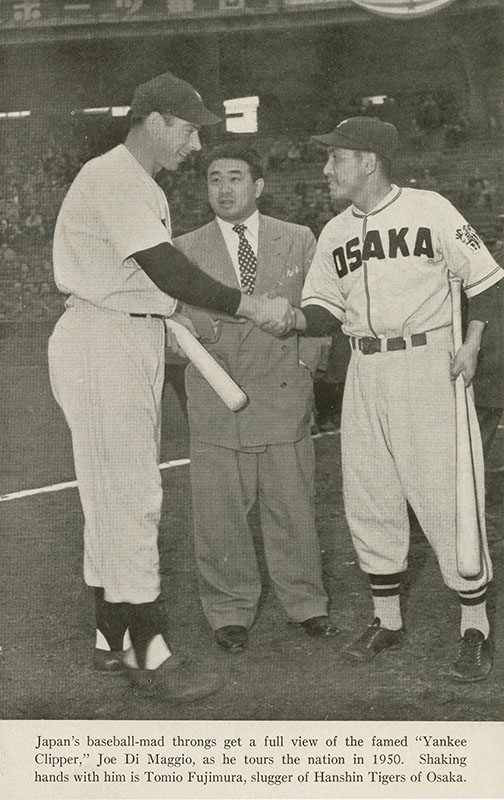 Joe DiMaggio on a goodwill tour to Japan in October 1951, shaking hands with Tomio Fujimura, slugger of the Osaka Hanshin Tigers. 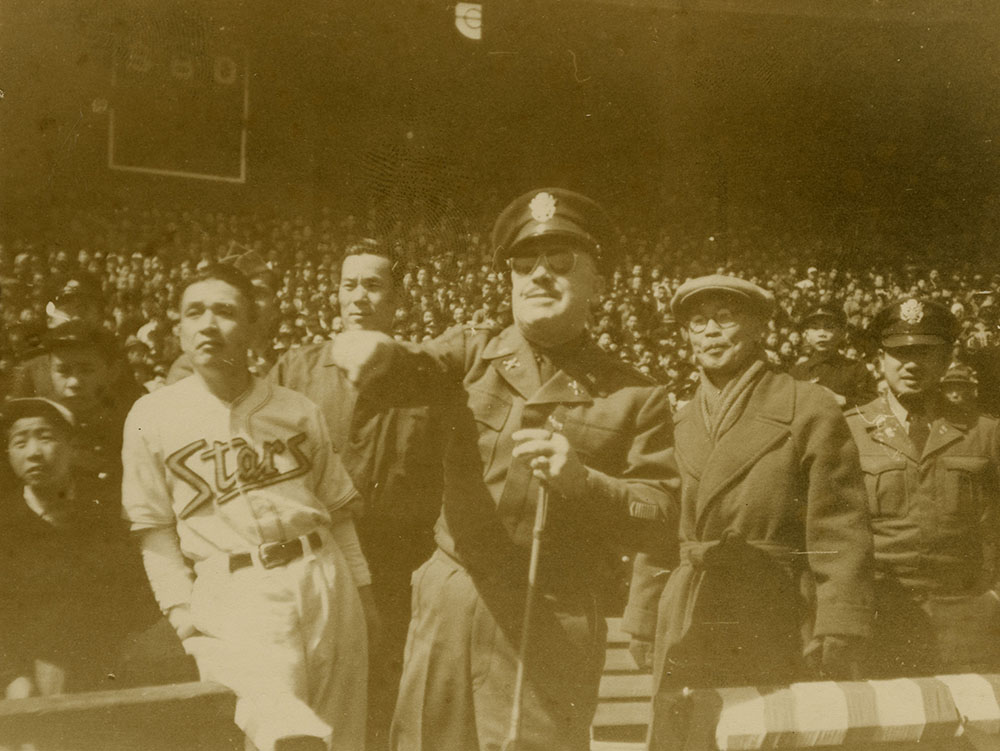 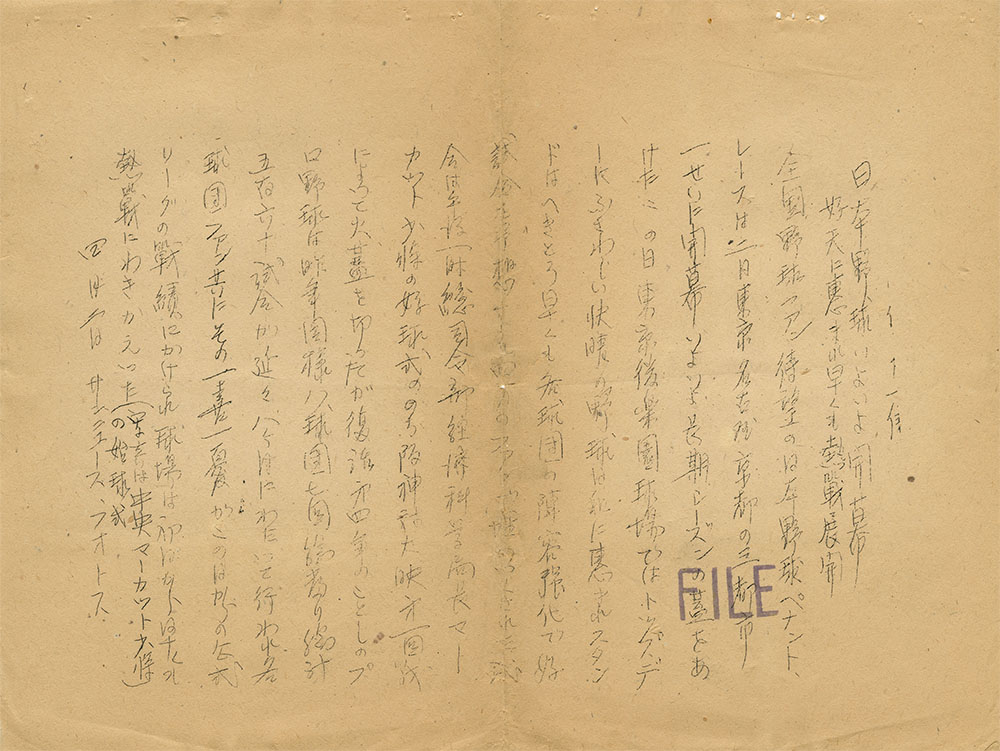 Major General William F. Marquat, Chief of the Economics and Science Section of GHQ/SCAP and National Baseball Congress of America’s Commissioner for Japan, threw out the ceremonial first pitch in the opening game of the professional baseball round-robin tournament held at the Kōrakuen Stadium. The Hanshin Tigers played the Daiei Stars. 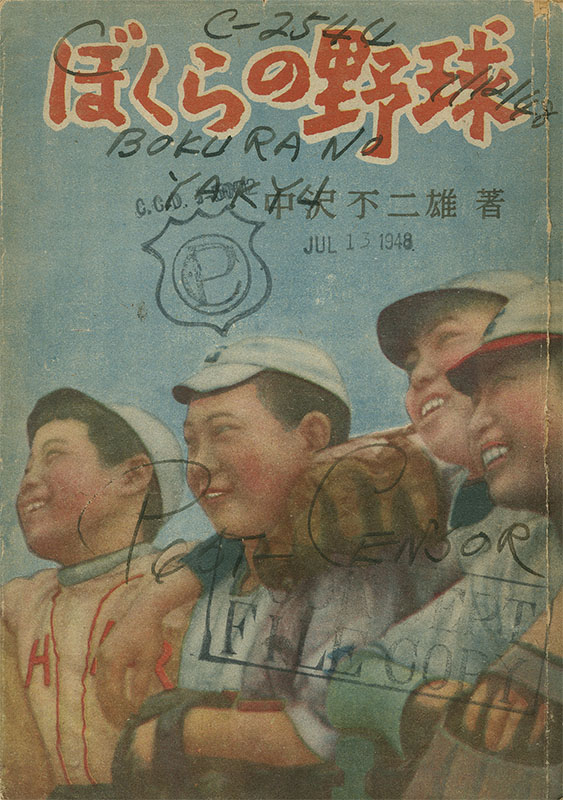 Baseball, emblematic of an American way of life, was used by the Japanese government (with the support of GHQ/SCAP) to convey democratic ideals to young men and boys. This book for young boys included the following: what it means to play baseball fairly; the American Major League -- its structure, history, scouting, and trading; baseball in other countries; Japanese baseball -- its history, an overview of professional baseball and collegiate baseball; the science of baseball (e.g. the speed of a pitch, batting, and running); short biographies of famous baseball players, including Joe DeMaggio and Hiroshi Ōshita; and the rules of baseball for kids. 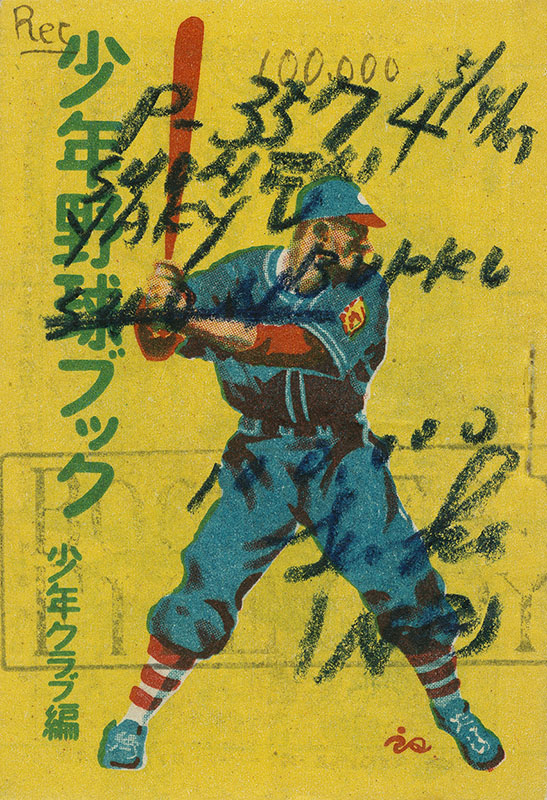 Targeting young boys, this book featured the ideal forms of hitting and pitching with illustrations. It also included a historical record of the annual best batter in the Japanese professional baseball teams. 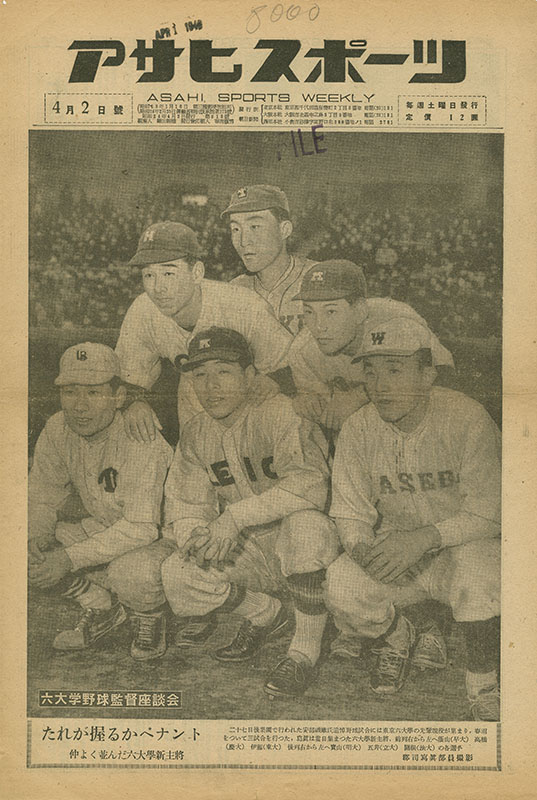 These players were captains of the six elite university’s baseball clubs in Tokyo, which constituted the Tokyo Big 6 Baseball League. They played three games on March 27, 1949 at the Kōrakuen Stadium in memorial to Isō Abe, who was known as the founding father of Japanese collegiate baseball.

Baseball was officially sanctioned by the occupier and the occupied as the “democratic” sport of the New Japan.  A goodwill tour by the San Francisco Seals in 1949 continued to mend the breach between the two previously warring parties. General MacArthur supported the tour and overruled any opposition from Washington.  At the first game of the tour on October 15, the Japanese flag and the American flag flew side-by-side in Kōrakuen Stadium, and the Japanese national anthem was played publicly and on national radio for the first time since Japan’s surrender. 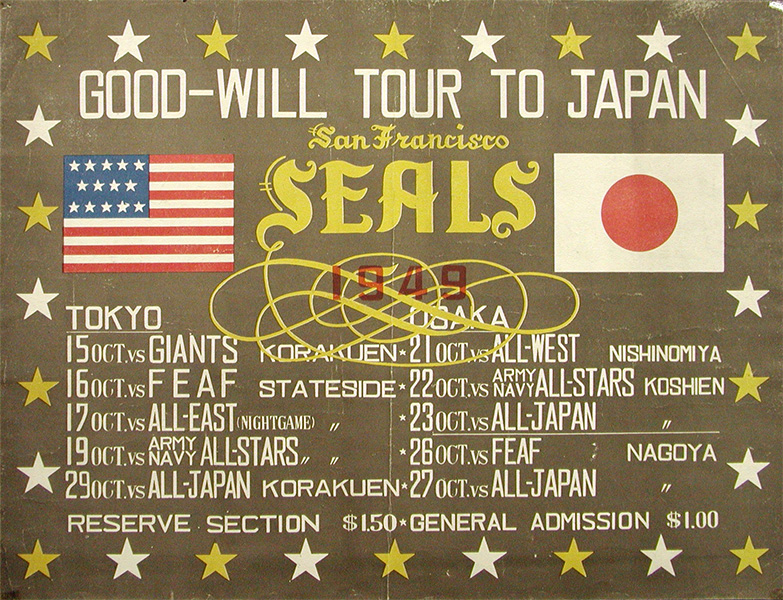 The Japanese Baseball Hall of Fame and Museum, Tokyo, Japan 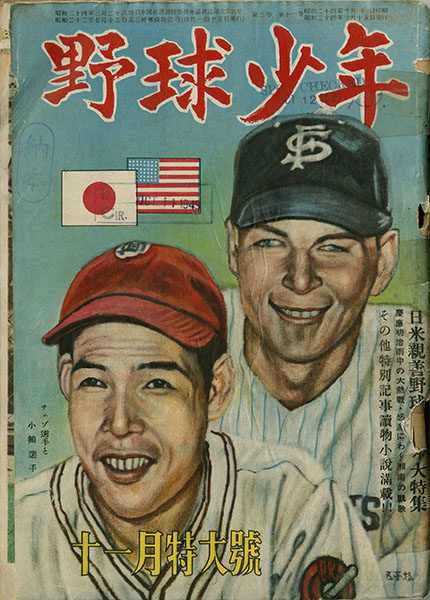 This special issue is dedicated to the 11-game San Francisco Seals Goodwill Tour of Japan, which took place in October 1949. The games were played in Tokyo, Nagoya and the Kansai region. Makoto Kozuru (left, Daiei Stars) and Reno Cheso (right, San Francisco Seals) appear on the cover. 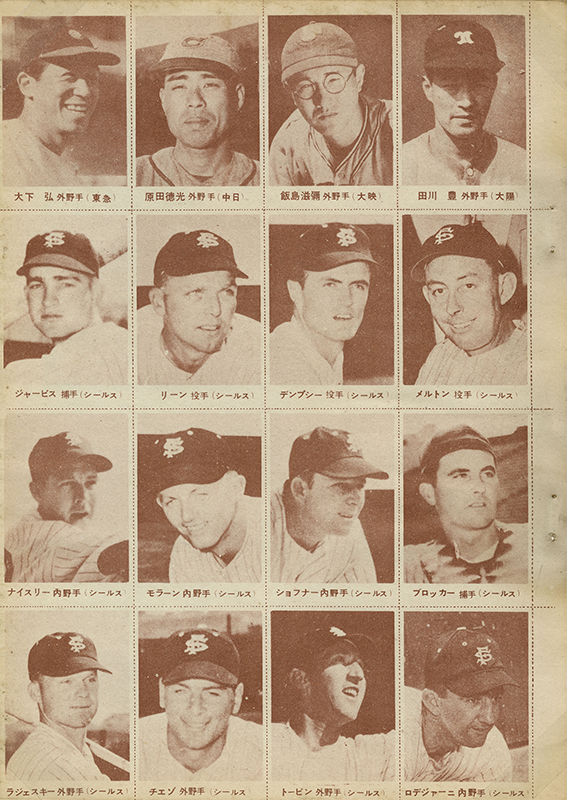 This issue included three pages of cut-out baseball cards of American and Japanese players who participated in the tour. 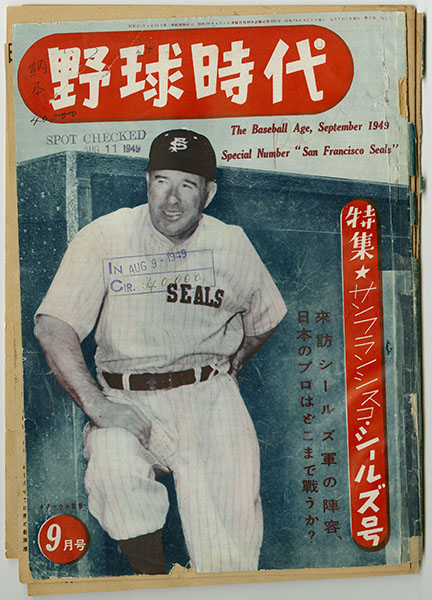