The flood of U.S. military families to Tokyo generated a variety of new professional opportunities for Japanese people, and the housemaid was one of the most popular. Borrowed from the English word “maid,” the new Japanese term “meido” was used specifically to refer to housemaids serving U.S. military families, distinguished from jochū, domestic servants in Japanese households. Most applicants for “meido” positions were modern women with advanced educational backgrounds and basic English language skills. A total of 25,000 meido received training from U.S. military housewives on a variety of aspects of the American lifestyle. These women were an integral part of the cross-cultural exchange in everyday life, serving as key intermediaries between the occupiers and the occupied.

“Servants of a medium quality are generally available in Japan. The average family will require about three: a cook, washwoman, and house boy or girl.” 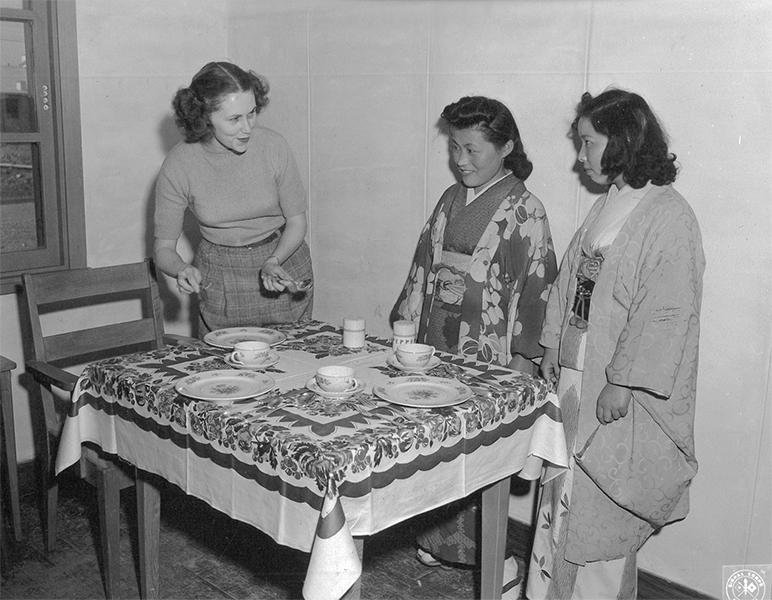 A U.S. military housewife demonstrating how to set a table for two Japanese domestic maids, 1947, National Archives and Records Administration 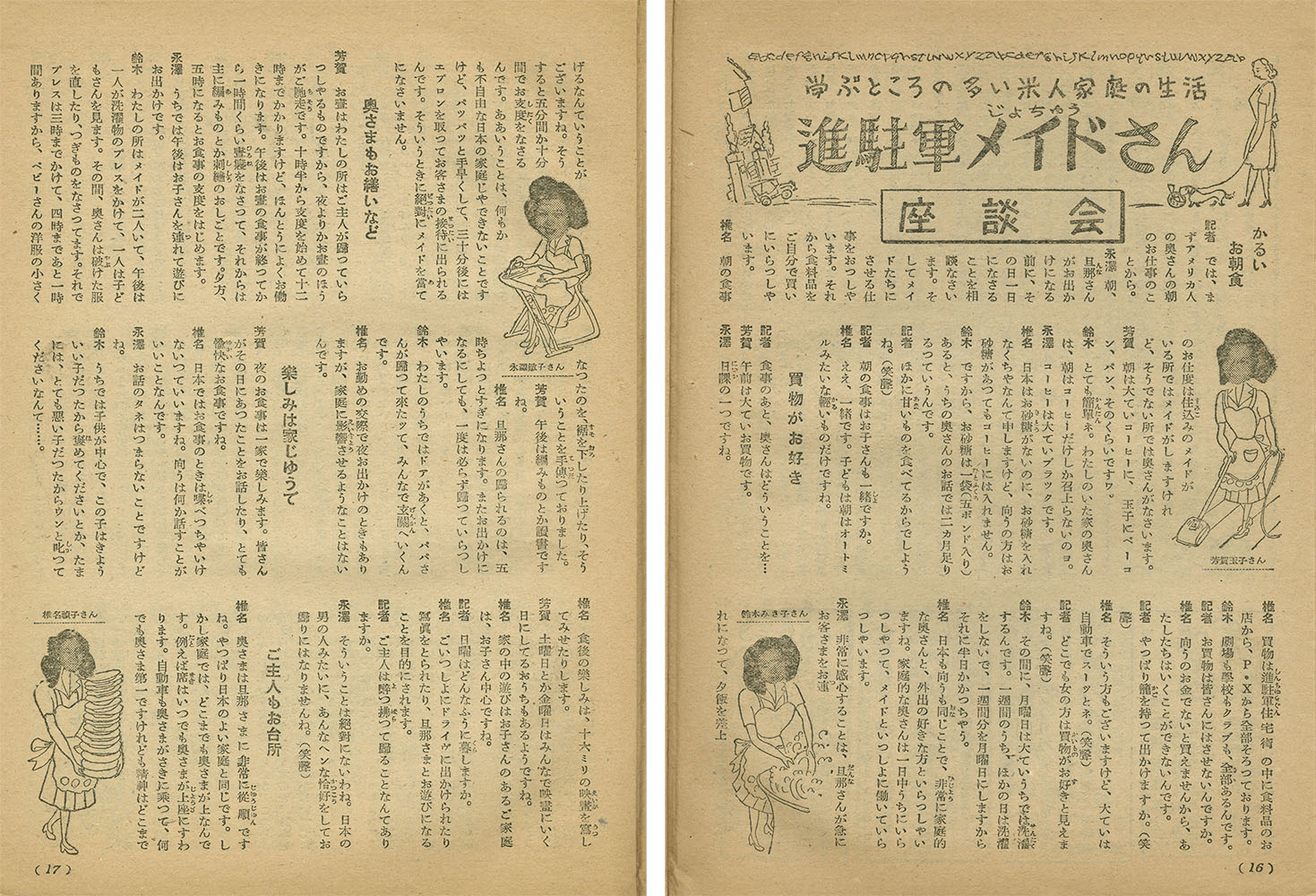 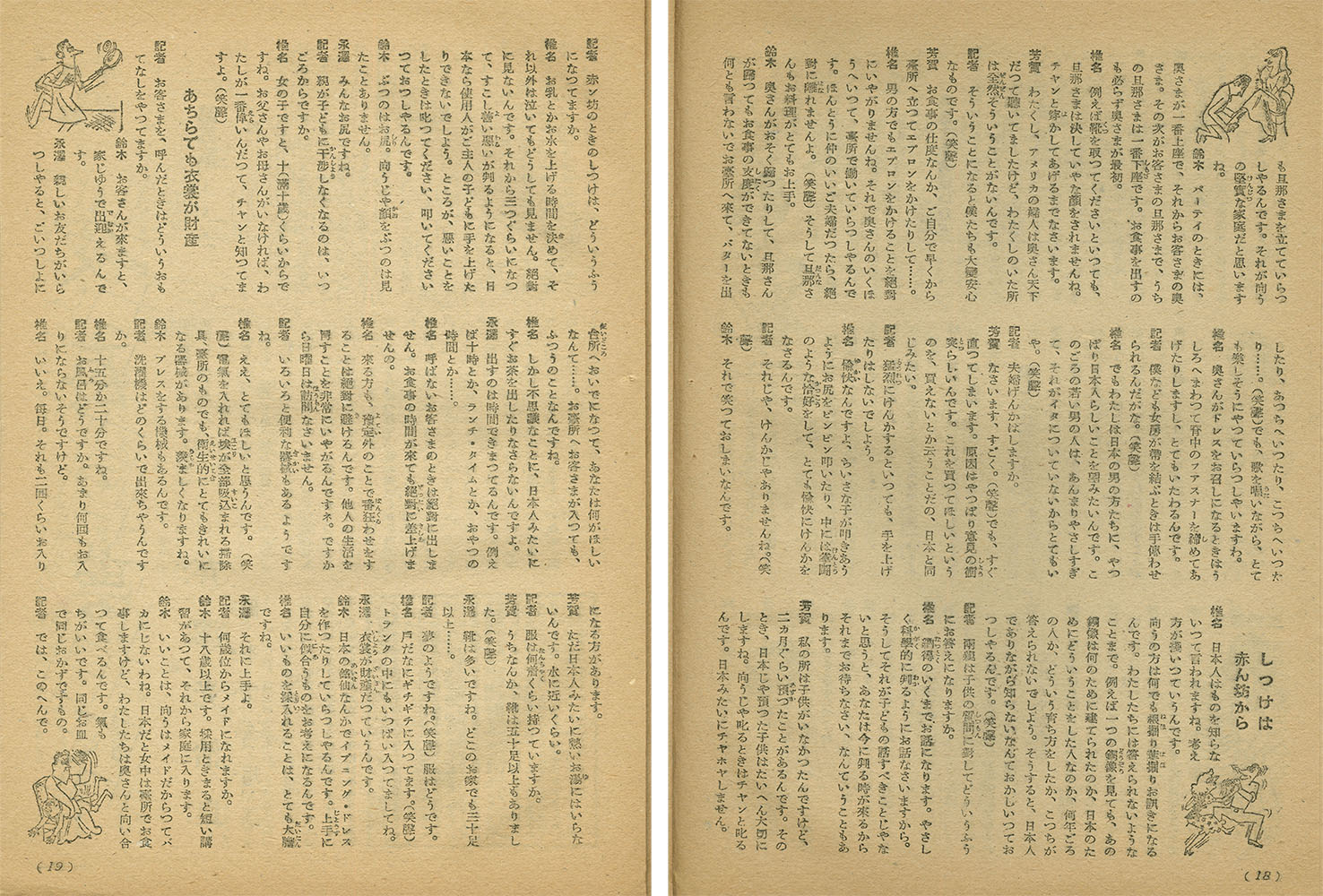 In “Maids for the Families of the Occupation Forces: Learning from the American Household,” four maids who worked for U.S. military families engaged in a roundtable discussion about the role of the maid and the lifestyle of their American employers. They pointed out that the wife’s role in the American household was more elevated than the wife’s role in a Japanese household. An American husband was willing to put on an apron and help out in the kitchen. He’d even get his wife’s shoes for her and help her put them on. The maids were envious of the time-saving electrical appliances in an American home, including a vacuum cleaner, a clothes presser, and a washing machine.

One maid stated, The good thing is that they [Americans] do not look down on maids. In Japanese households, maids [jochū] have to eat their food in the kitchen. But I eat at the same table with my employers. It’s such a good feeling -- same food, same dishes. 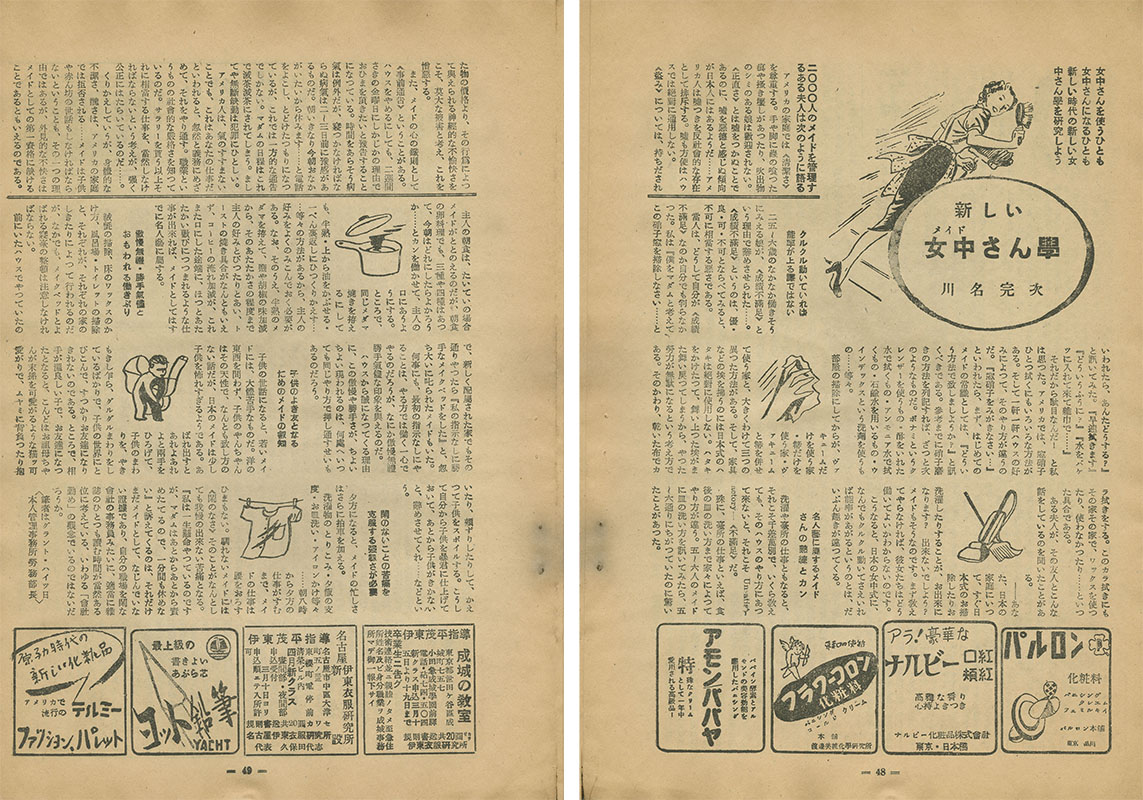 “New Maid Studies” was written by a Japanese administrator of Grant Heights, the largest dependents housing complex in Tokyo. He explained that, for a maid, efficiency, cleanliness, and the ability to adapt to an employer’s home management style were of utmost importance.

Note the illustration of the maid. She embodied the image of a modern woman wearing western clothing and high heels. 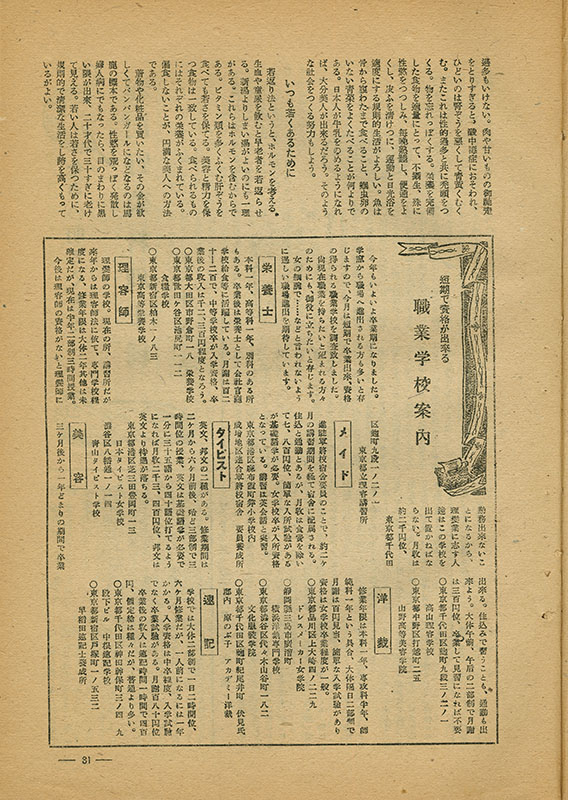 This was a list of vocational schools that granted credentials for the following occupations: nutritionist, hairstylist, typist, beautician, stenographer, Western garment designer, and housemaid. A graduate of the housemaid school would be assigned to an American military family after a two-month training period. Basic English-language skills and a middle-school education were required for admission to this school.

The description of the school for housemaids stated, 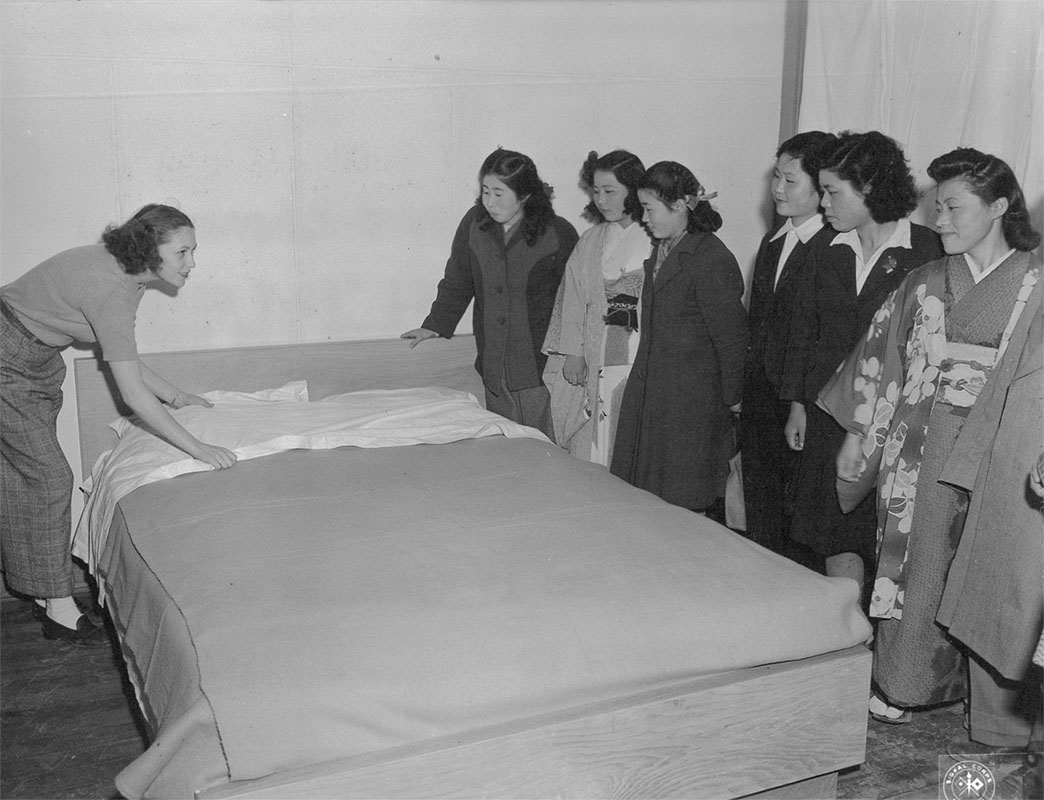 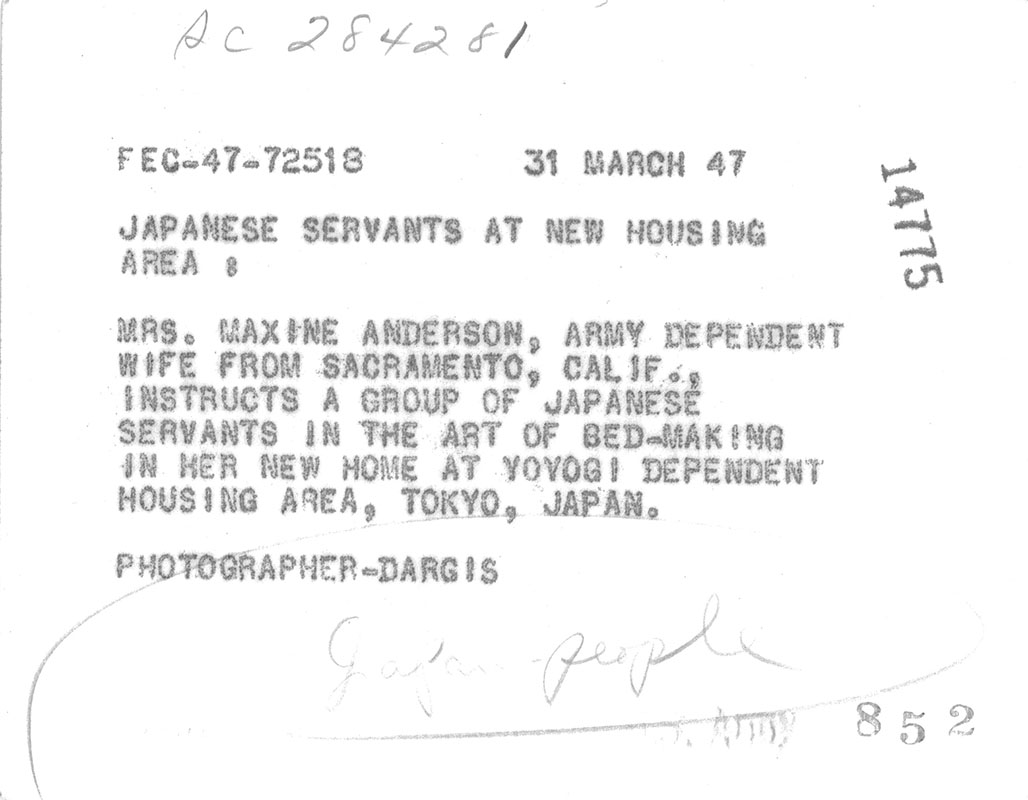 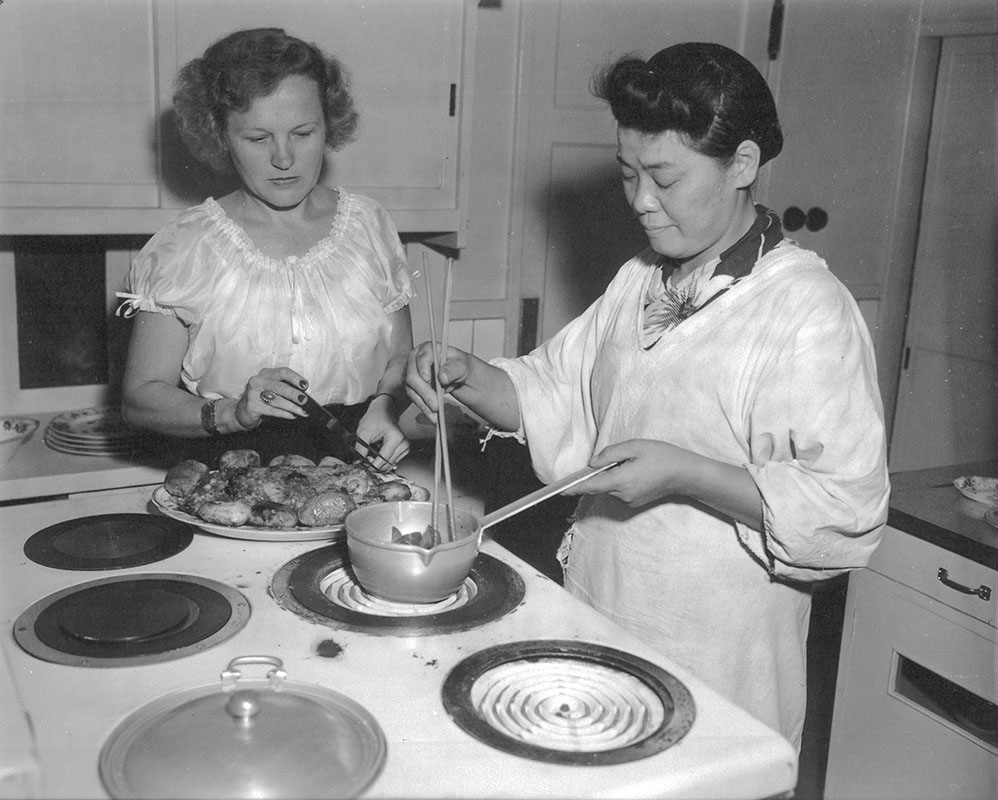 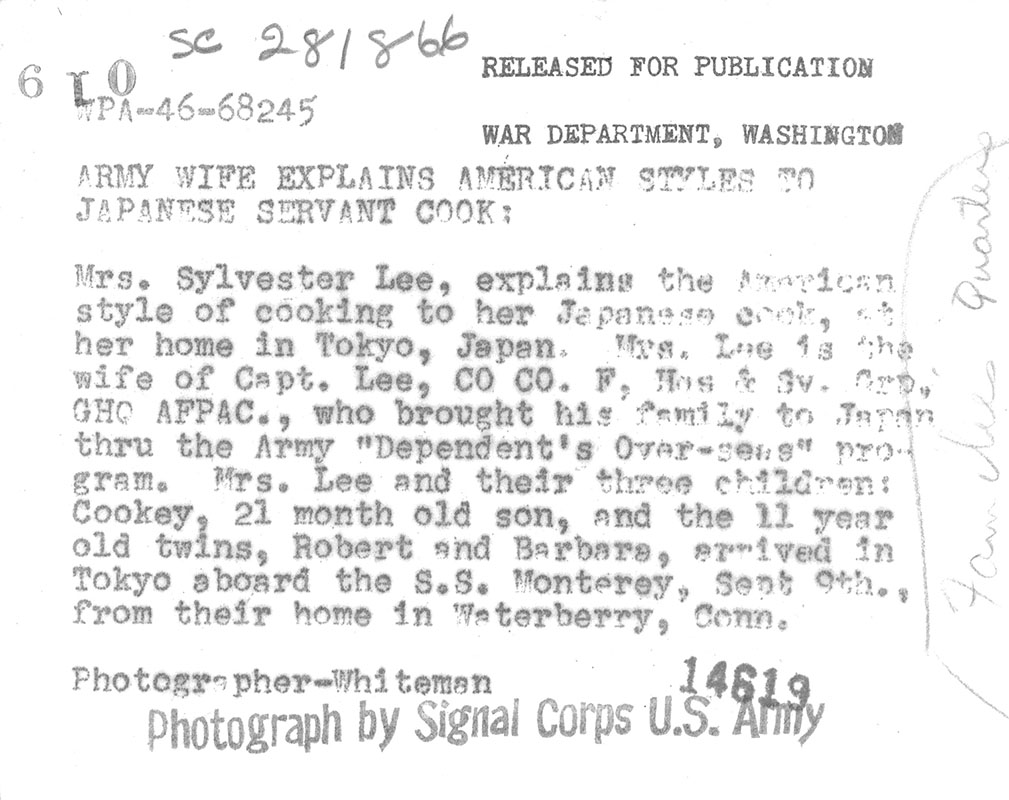