The Radio City Music Hall of the East

Entertainment for GIs at the Ernie Pyle Theatre

For those planning the occupation, American-style entertainment was a necessary supplement to the basic needs of food and shelter. The requisitioned Tokyo Takarazuka Revue building became the central entertainment venue for the Allied Powers, not only in Tokyo, but throughout Asia, Founded in 1934, it was the first world-class theatre in Asia, including two live performance theatres, a film screening room, a library, five restaurants, rehearsal rooms, offices for the theatre’s staff, and a billiards room. It was renamed the Ernie Pyle Theatre in honor of a Pulitzer Prize-winning American journalist fallen in Okinawa and was hailed as the “Radio City Music Hall of the East.”

The Ernie Pyle’s facilities were open to occupation personnel and their families exclusively, and Japanese citizens were barred from entry. Nonetheless, just as happened in other spaces, a number of them gained access as service providers, artists, and theatre professionals. Mr. Michio Itō who trained in modern dance in London and New York, was the Ernie Pyle’s director, producer and choreographer. His shows offered a new image of Japan as a land of rich cultural traditions, modern sophistication, and exotic allure, based on his knowledge of GI expectations and American production practices. Under Itō’s direction, many Japanese amateurs became professional performers and artists and later introduced new dance, music, and design techniques to the Japanese public. 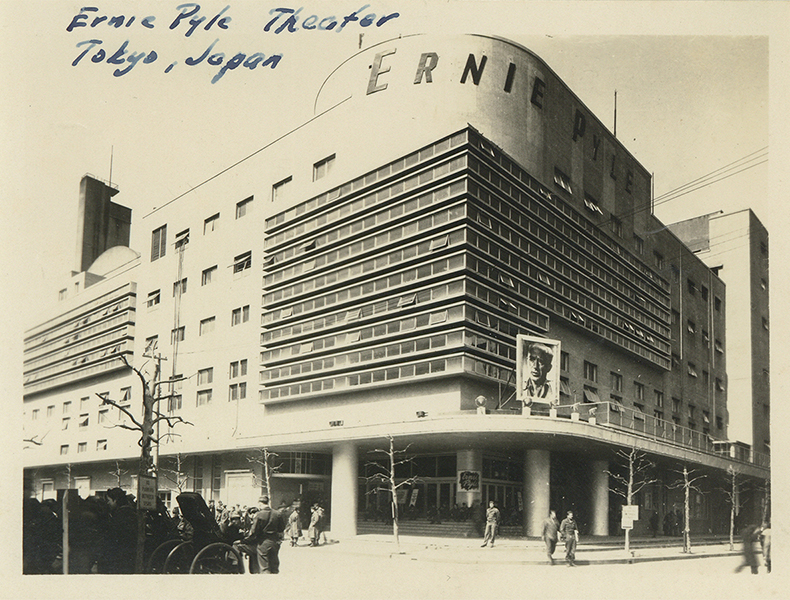 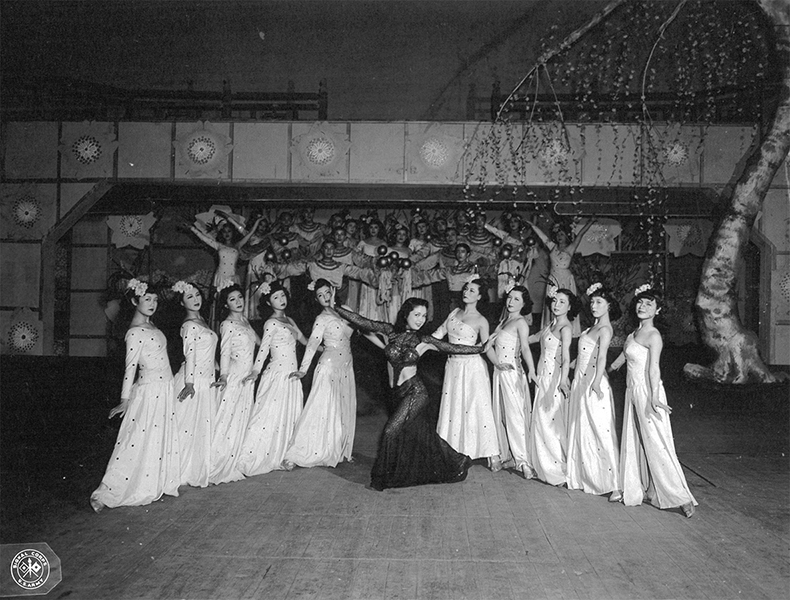 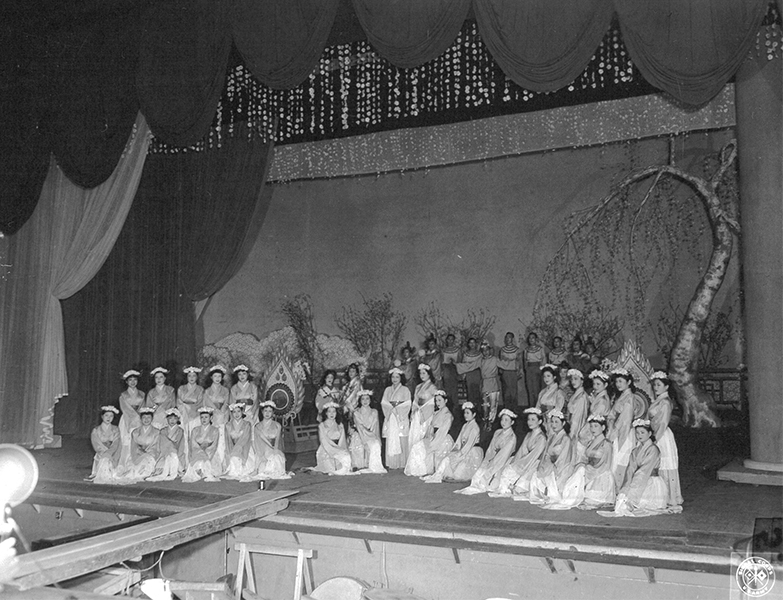 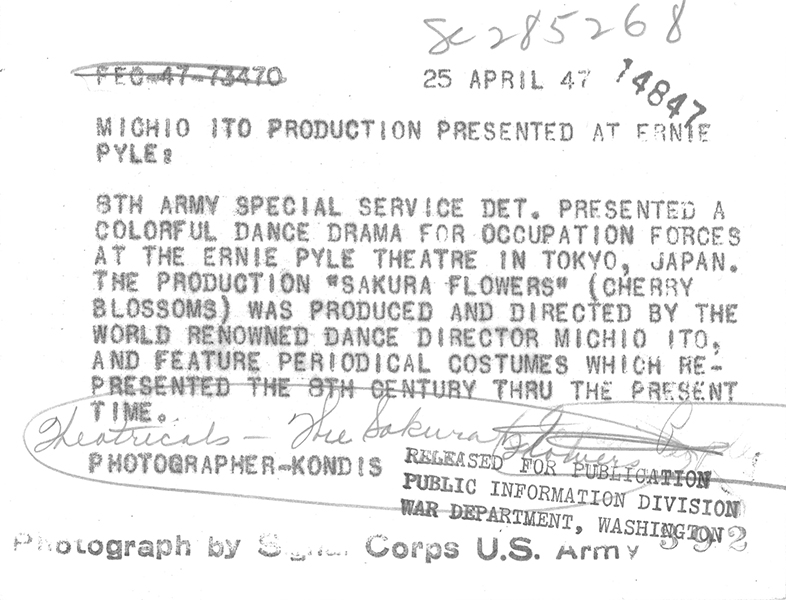 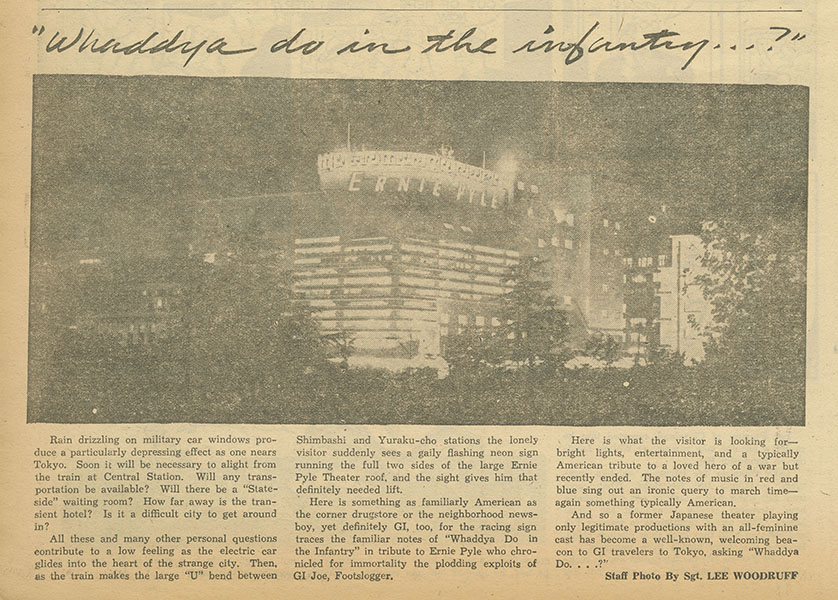 “Whaddya do in the infantry…?”

A view of the outside of the Ernie Pyle Theatre at night. The theatre was a haven for GIs, who were longing for something familiar from home. 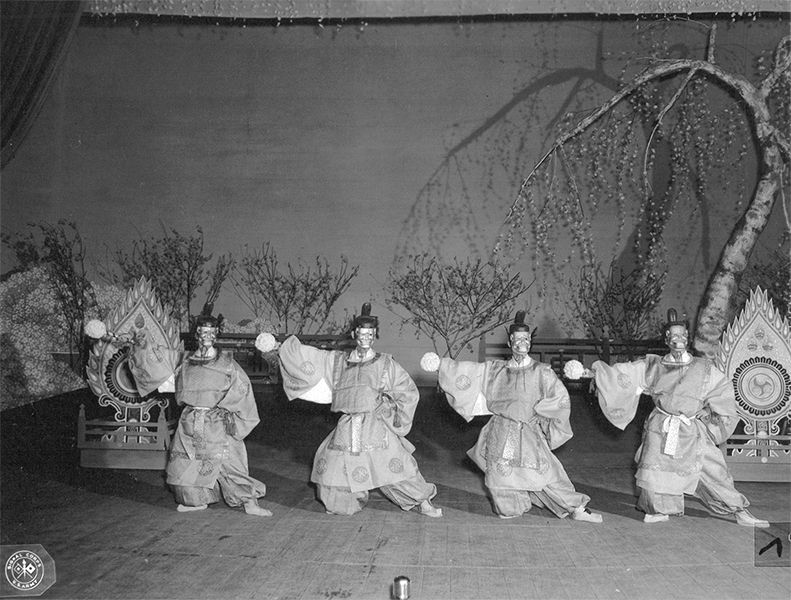 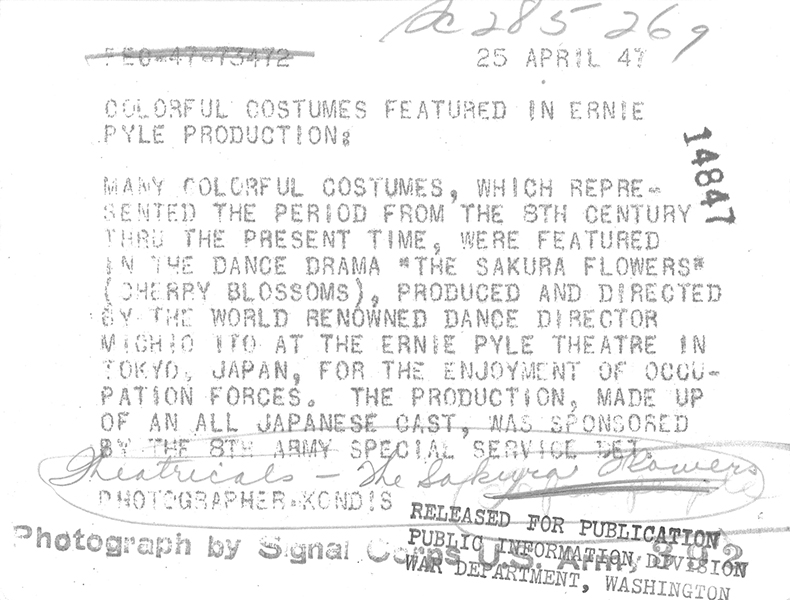 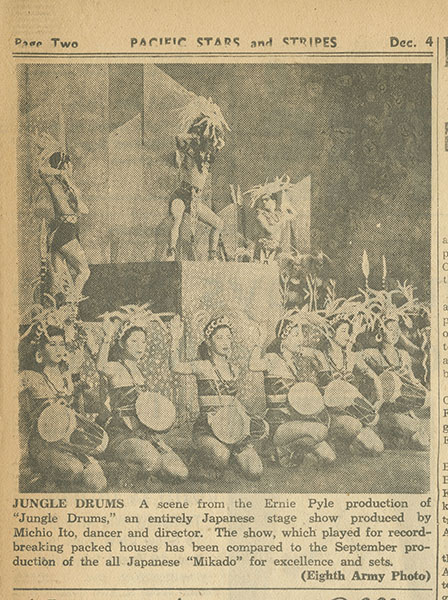 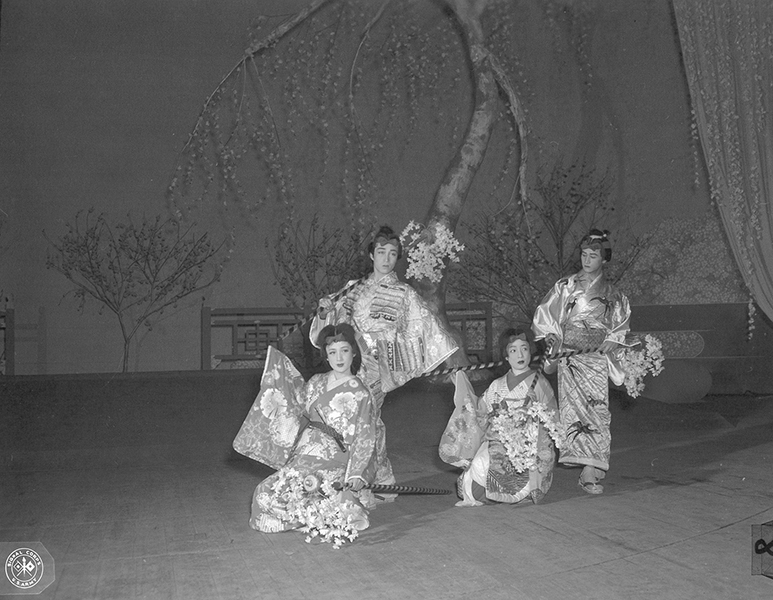 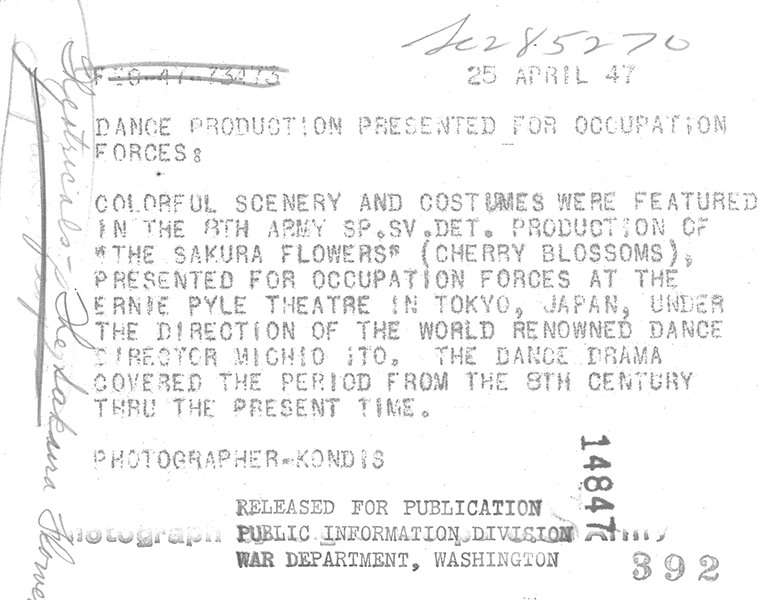 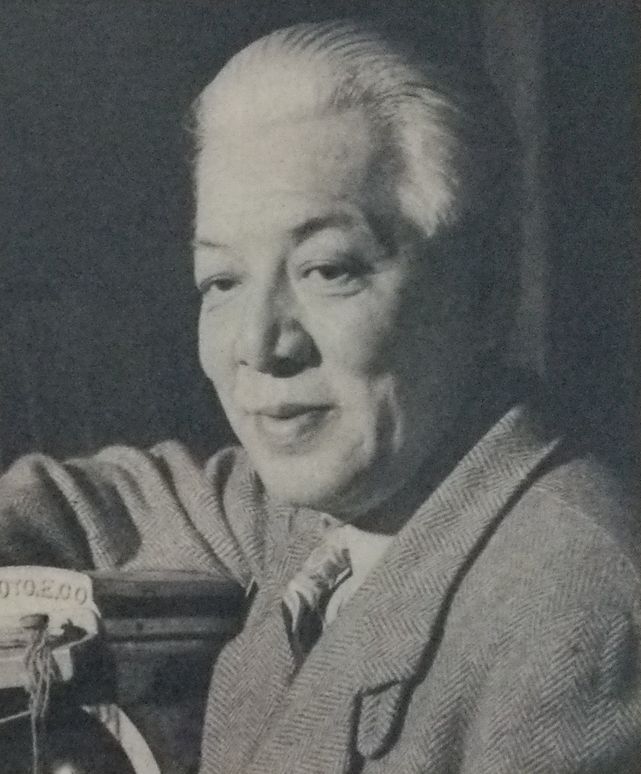 Michio Itō (1893-1961) was a Japanese modern dance choreographer, dancer, and theatre director who had a notable theatrical career in the United States from 1916 to 1941. After the attack on Pearl Harbor, he was imprisoned in the United States as an enemy agent and, in 1943, he was deported to Japan in a prisoner exchange. When the war ended, he was again embraced by the Americans. He was appointed by GHQ/SCAP as choreographer, director, and producer for the Ernie Pyle Theatre, where he produced shows in the American style of musical theatre.