Home Away from Home

One of the first challenges for those planning the occupation was providing U.S. military personnel and their families with accommodations that met American living standards. The solution was to construct housing complexes based on U.S. models. This was done with Japanese assistance.

The U.S. military’s Engineering Division assembled a team of Japanese architects, engineers, and draftsmen to create a “design branch.” This unit was responsible for planning U.S. military family housing developments. The Design Branch undertook the construction of “Little America” enclaves, which were complete towns with housing, schools, chapels, and service facilities, all supplied with modern electricity, plumbing, and sewage systems.

Within these self-contained communities, military families enjoyed a traditional American middle-class lifestyle. These enclaves stood in stark contrast to the poverty of war-torn Tokyo, where 70% of the houses had been destroyed by firebombing and thousands of displaced Japanese slept in ruins, packing crates, under bridges and in subway stations.

Planning U.S. housing for the Japanese setting required constant negotiation. Japanese professionals learned about Western construction practices, but also applied their own methods to make the houses more suitable to the Japanese climate and resistant to natural disasters such as typhoons and earthquakes. Their efforts resulted in a cross-cultural innovation, a new housing model incorporating modern American style with Japanese design elements. According to Major Heeren S. Krusé, Chief of the Design Branch, Engineering Division, “The buildings designed are not American houses…The houses developed are actually something new.” (Dependent Housing, Japan and Korea, 1948). 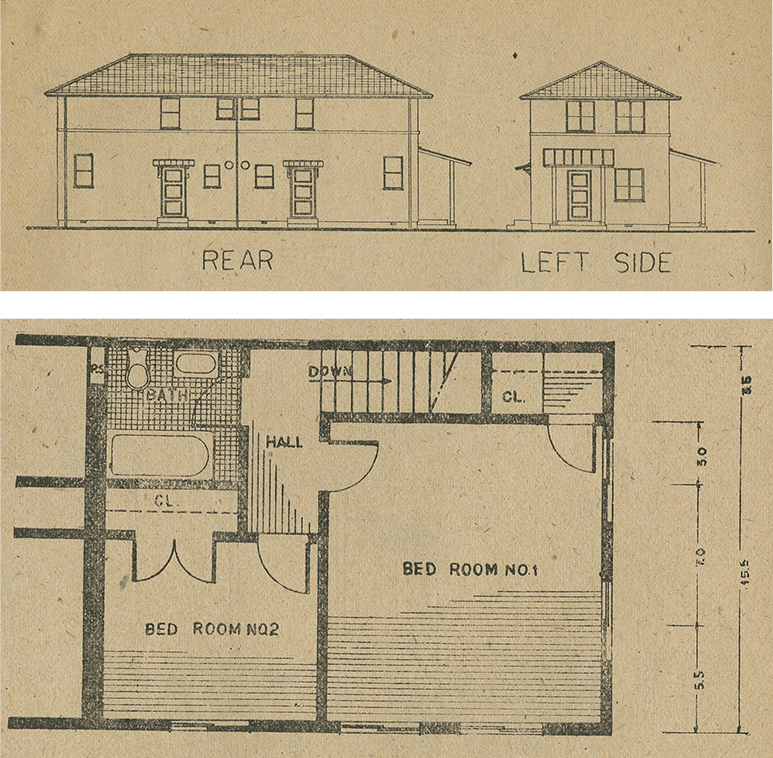