Jazz was introduced to Japan in the early 20th century and flourished hand in hand with dance halls. This iconic American musical form became very popular in the 1930s, but the Japanese government banned it as “enemy music” during the war years. Upon the arrival of U.S. military personnel after the Japanese surrender, jazz became popular again, as swing music for dancing. In Occupied Japan, “jazz” was used as a synonym for any U.S. popular music.

Jazz cafes, first established in the 1930s, became a place where American and Japanese jazz musicians and aficionados shared their love of the music and jammed late into the night. It was in these informal settings that the American art form began to take on a uniquely Japanese character.

American GIs, some of whom were jazz musicians themselves, hired Japanese musicians to play in dance-hall orchestras and officers clubs. The Japanese government, on behalf of the U.S military forces, also hired hundreds of Japanese entertainers for American troops and for “democratic propaganda” on the airwaves. Beyond dance halls and jazz cafes, thousands of Japanese enjoyed jazz through the U.S. Armed Forces Radio Services, later known as the Far East Network. 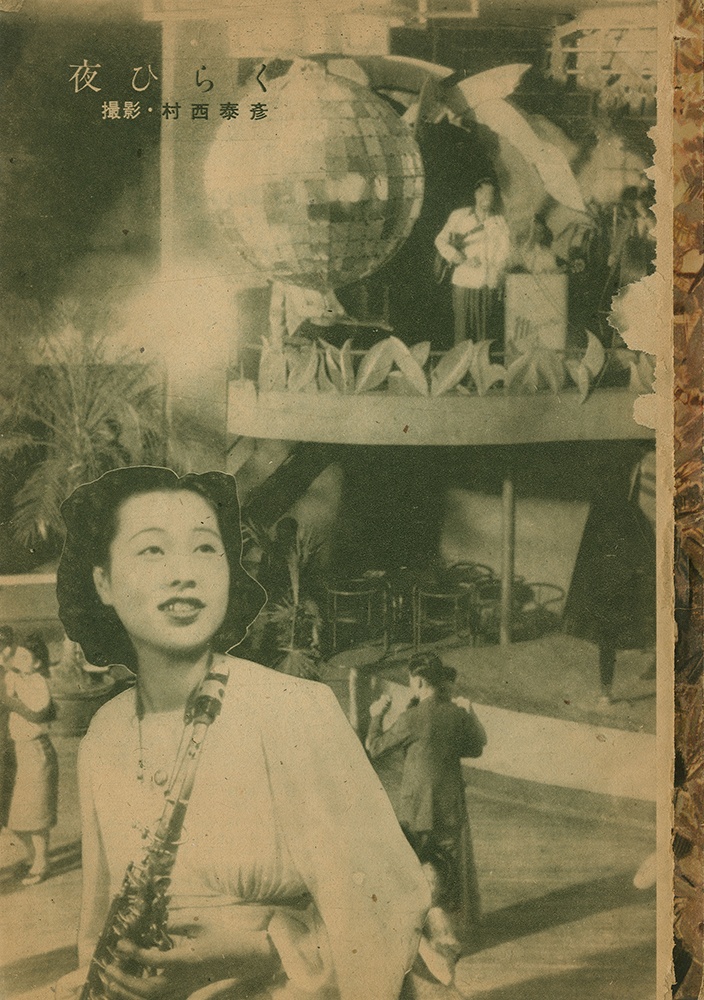 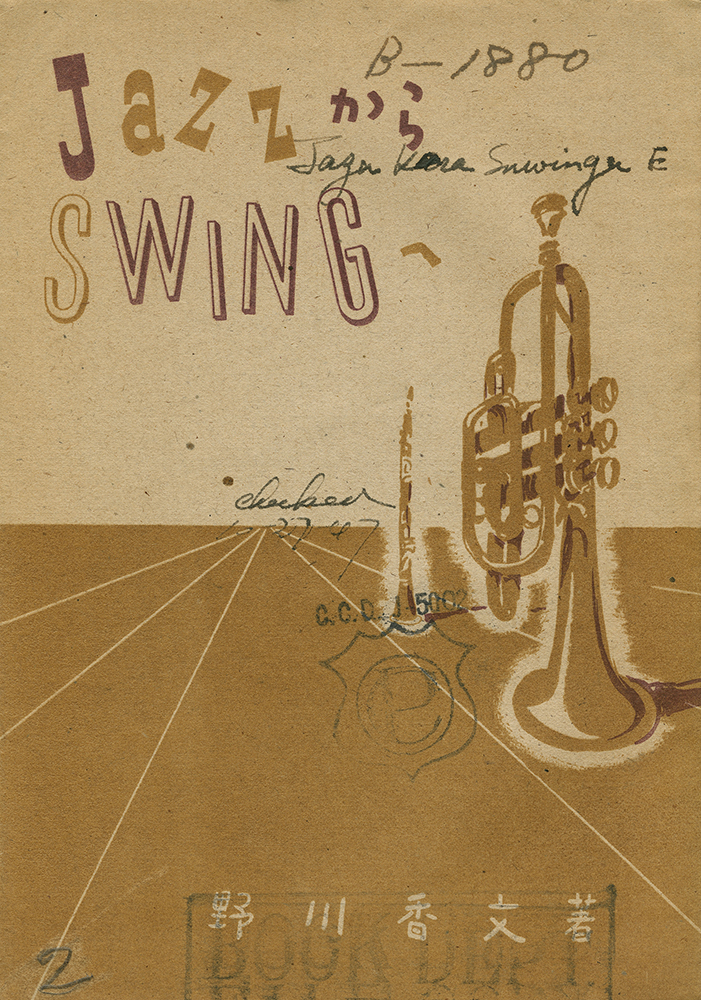 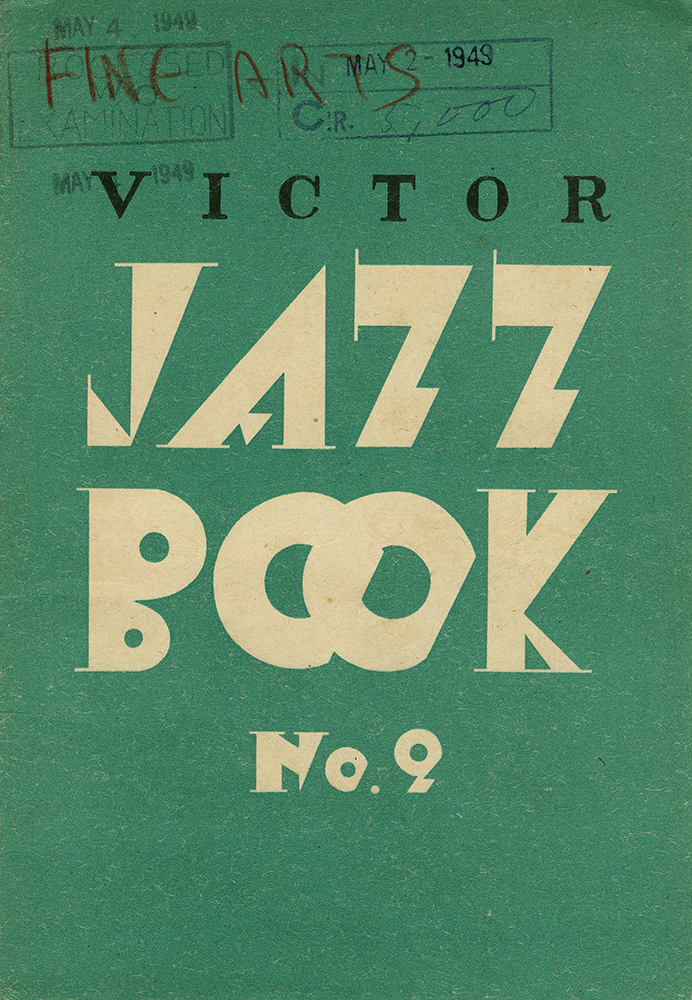 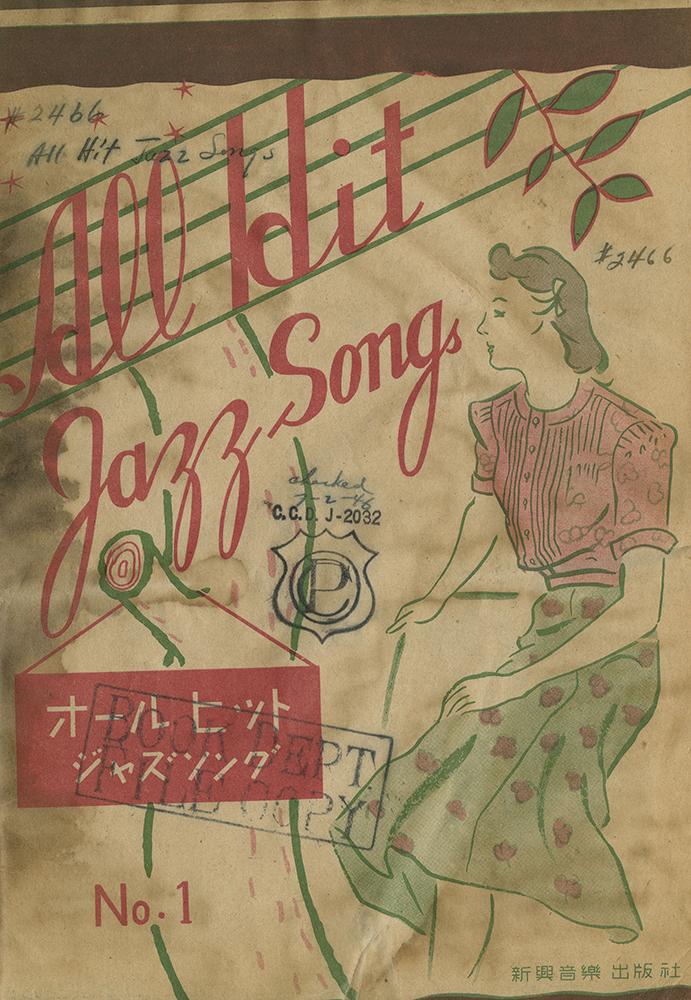 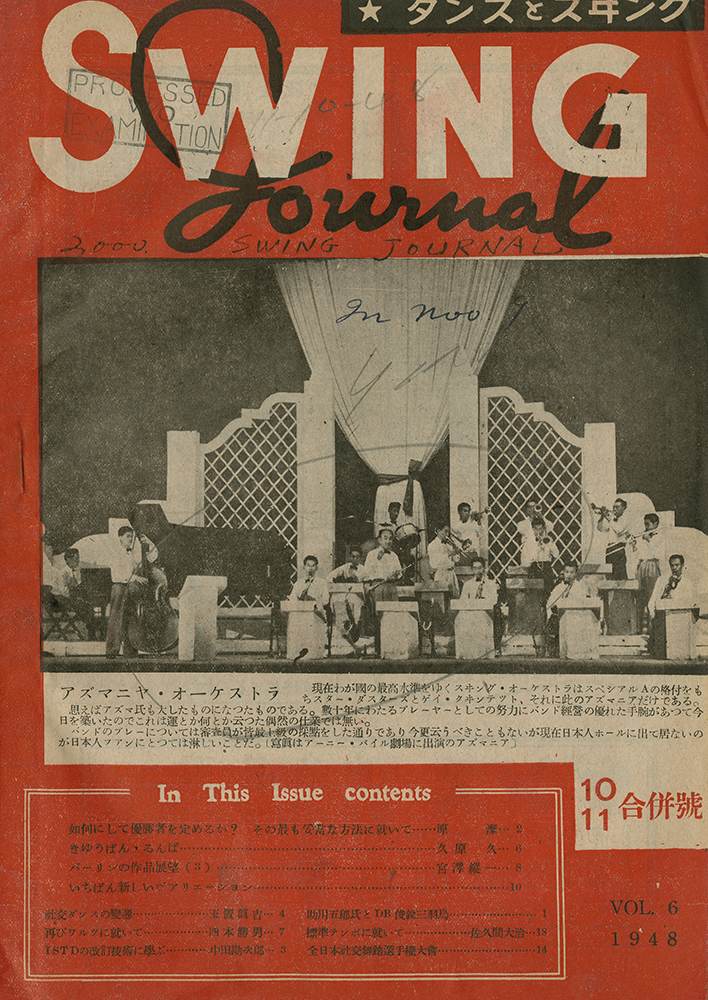 Swing Journal was the leading Japanese jazz periodical at the time. Featured on this cover was the Azumanians jazz band playing at the Ernie Pyle Theatre. 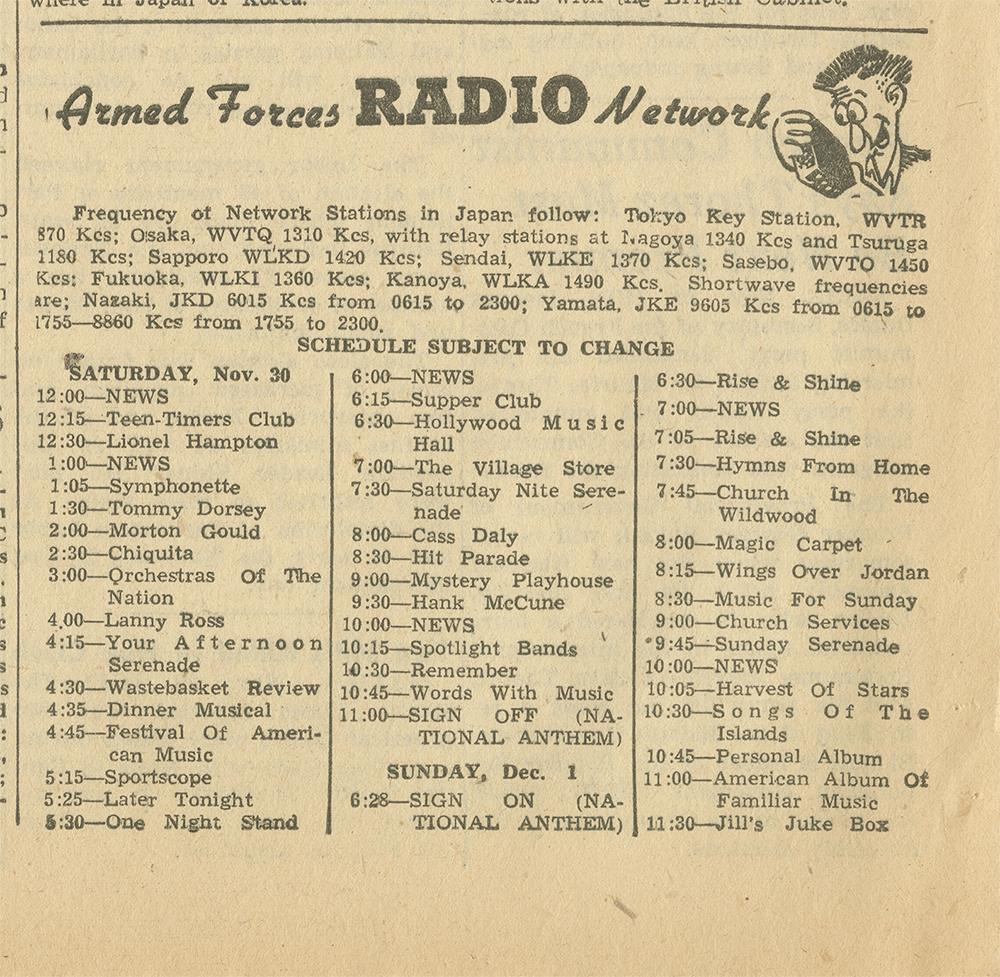 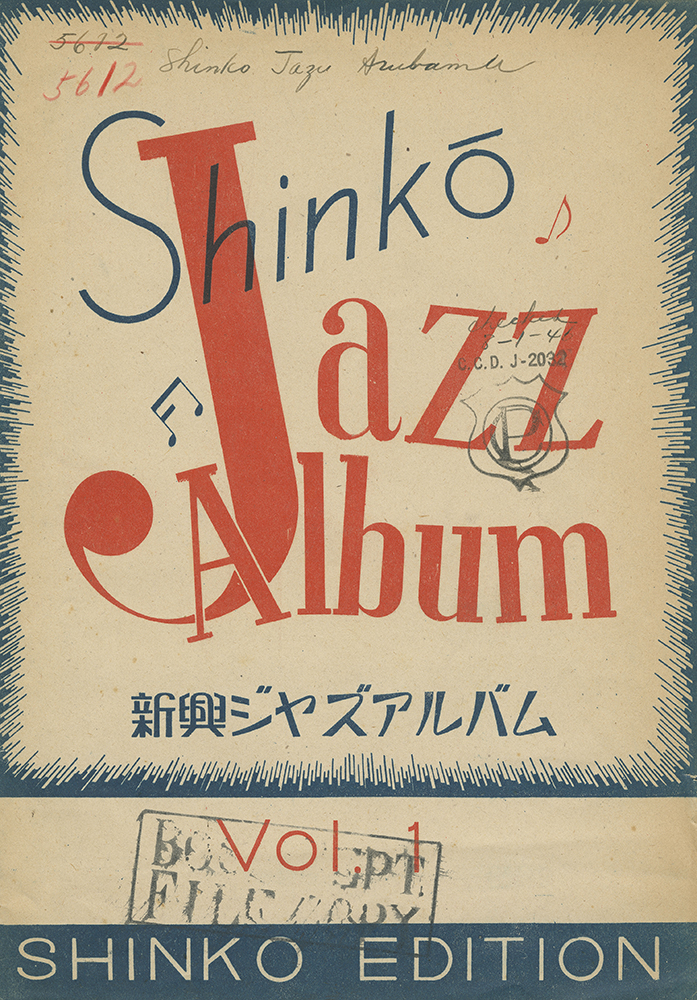 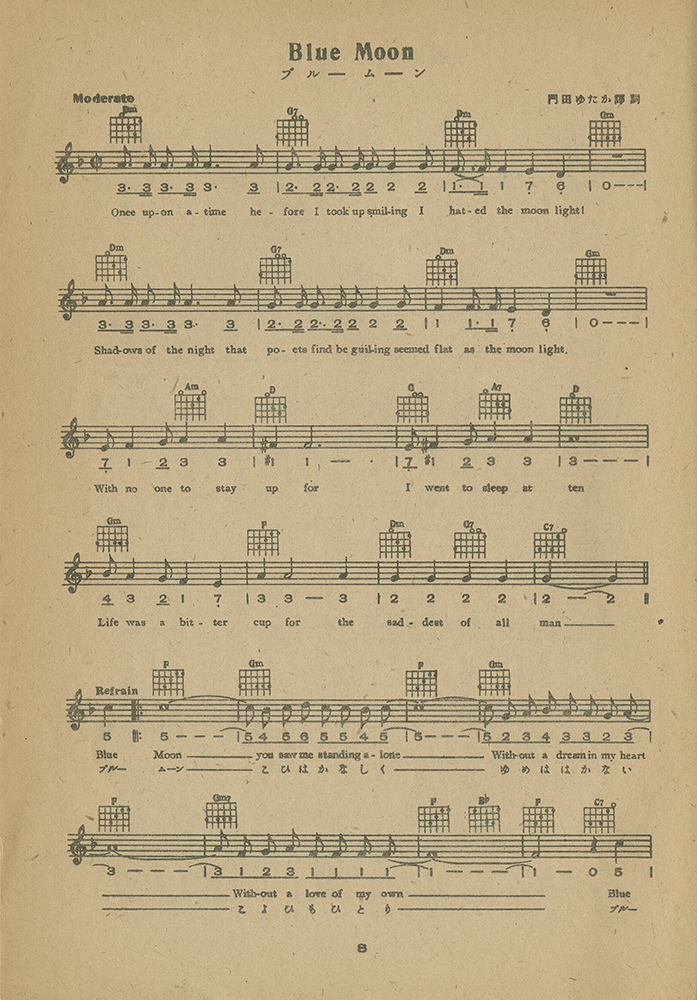 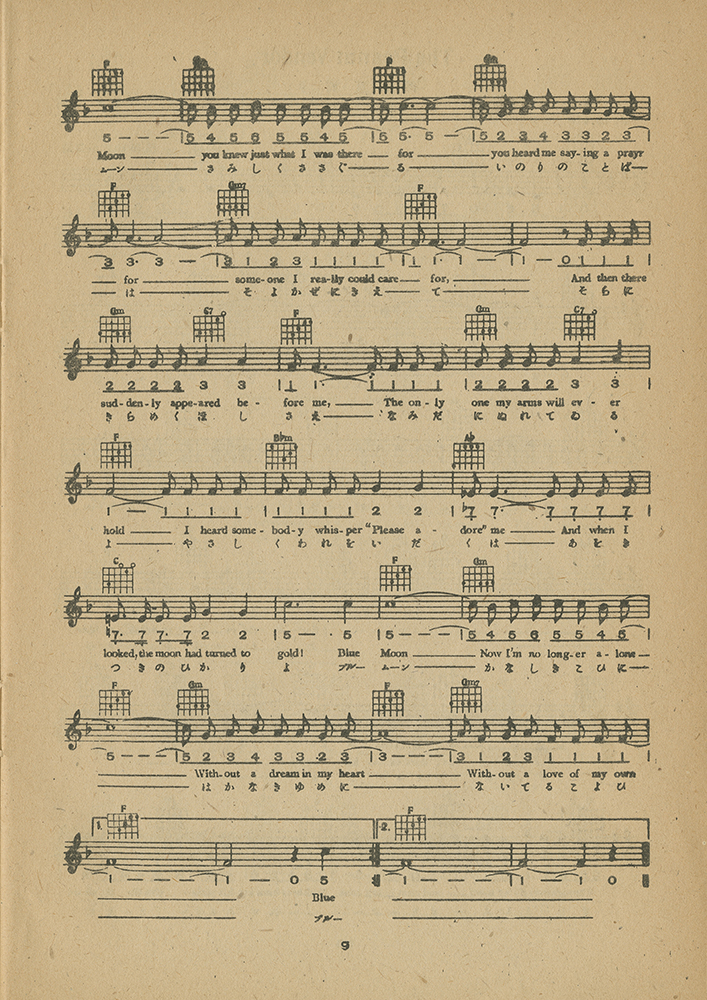 “Blue Moon,” written by Richard Rogers and Lorenz Hart in 1934, rose to the top of the charts in the U. S. in 1949. This book also included such American standards as “Smiling Irish Eyes,” “Dinah,” “Moonlight on the Colorado,” and “Home on the Range.” 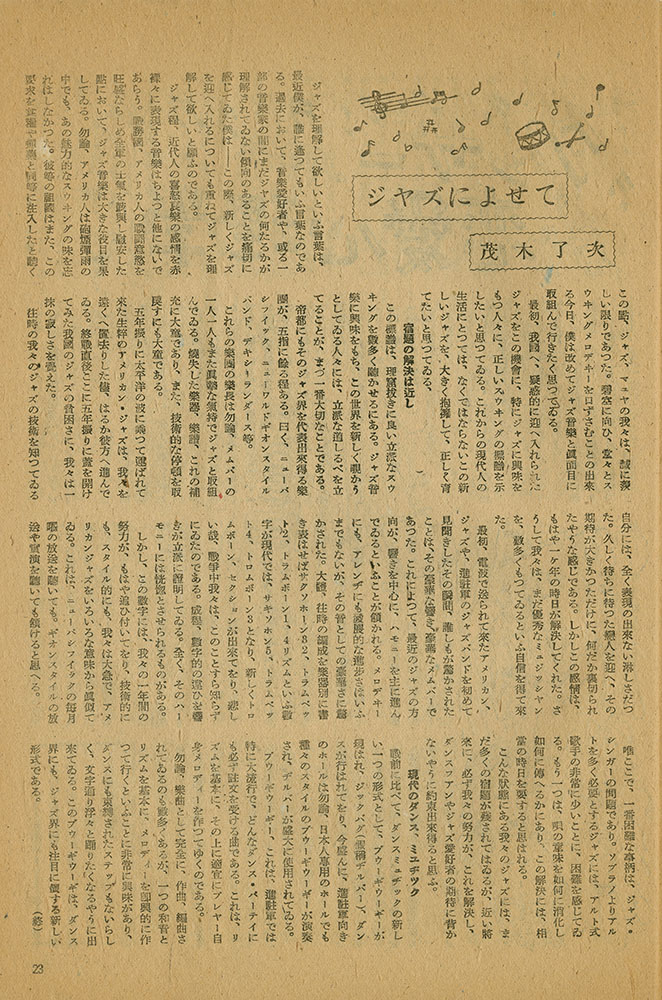 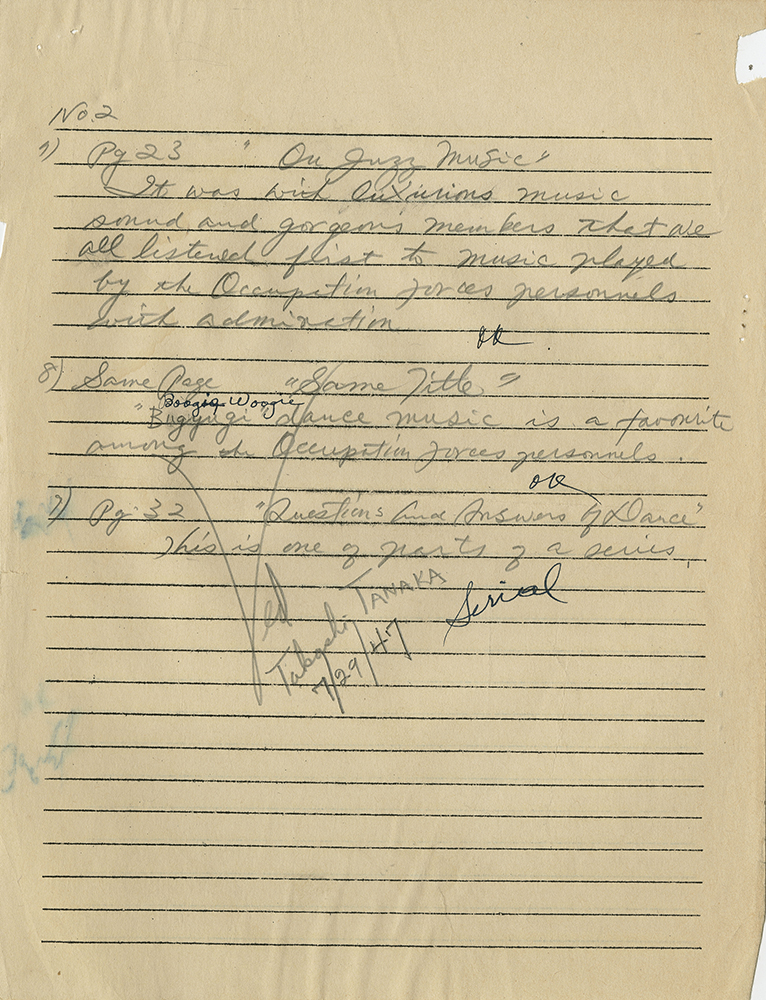 This article, “On Jazz Music,” referred to the reintroduction of jazz to Japan, after a five-year hiatus. The author lamented the fact that jazz had advanced so much during that period, “leaving the Japanese behind.” According to him, “Jazz will be an essential part of our lives from now on, so I want to properly nurture the new jazz [culture].”

The article was reviewed by the Civil Censorship Detachment (CCD) for possible violations of the Code for the Japanese Press. Following CCD procedures, the censorship examiner translated the article into English for his supervisor, who would make a final determination about censorship action. The translation by a censorship examiner read,

“It was with luxurious music sound and gorgeous members that we all listened to music played by the Occupation forces personnel with admiration.” This passage “passed” censorship inspection and appeared in the published version of the article. 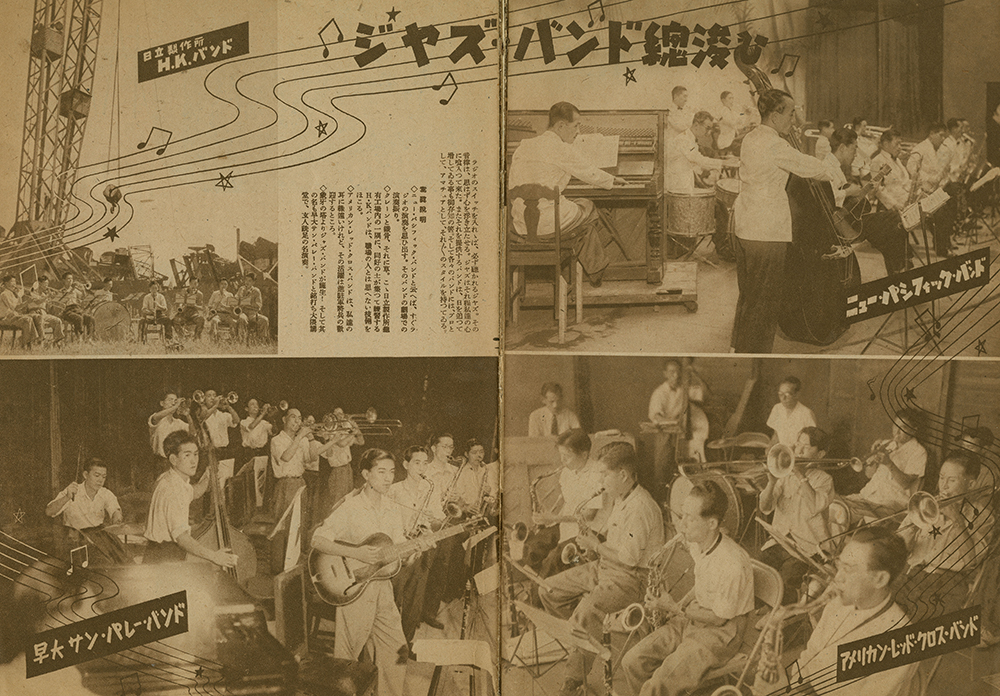 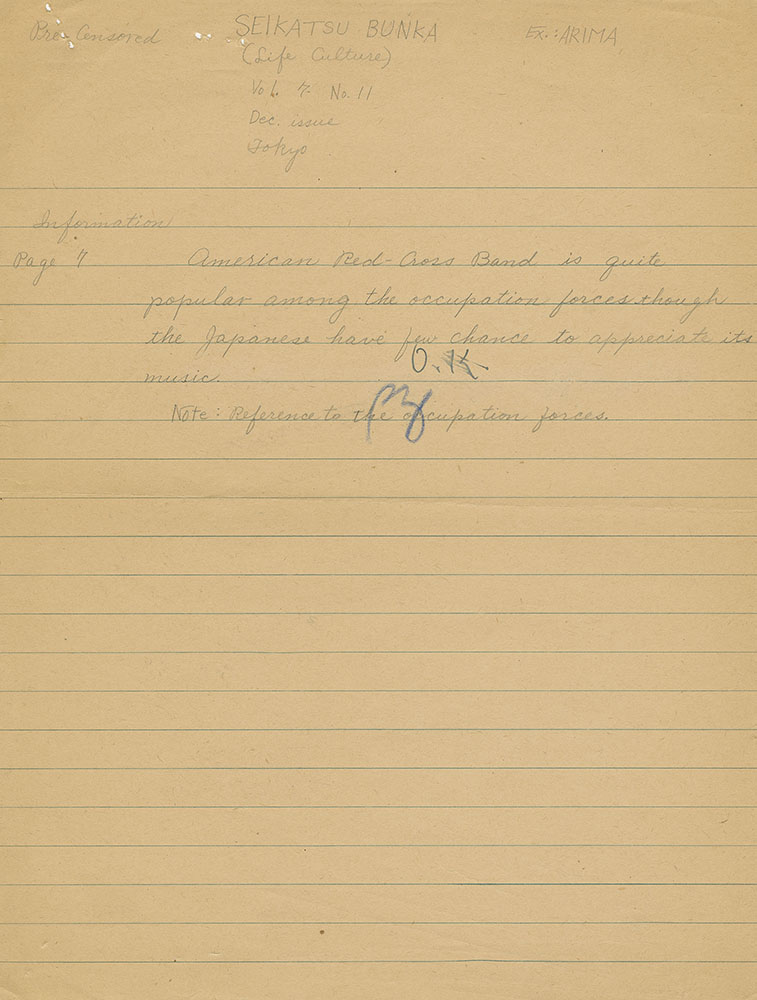 “When you turn on the radio, chances are, you’ll hear jazz music. The sounds of jazz instantly cheer us up; it is now so much a part of our lives. The number of jazz bands is growing every day. And each jazz band, whether professional or amateur, has its own style.”

Top left: The Hitachi Ltd. H.K Band. The members [of this band] gather at the corner of their factory field to practice among cranes, steel frames, and grasses.