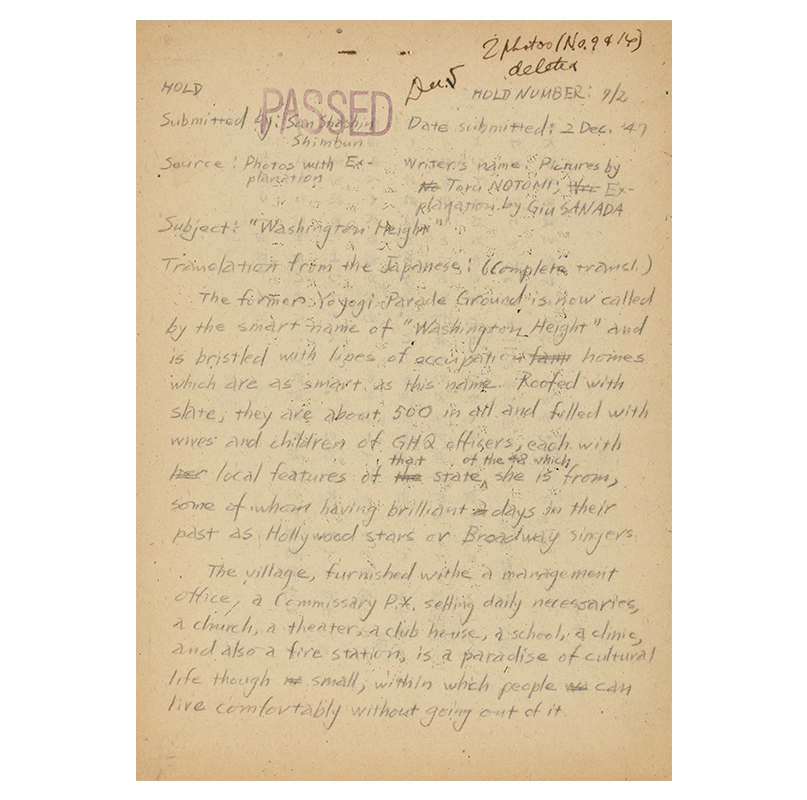 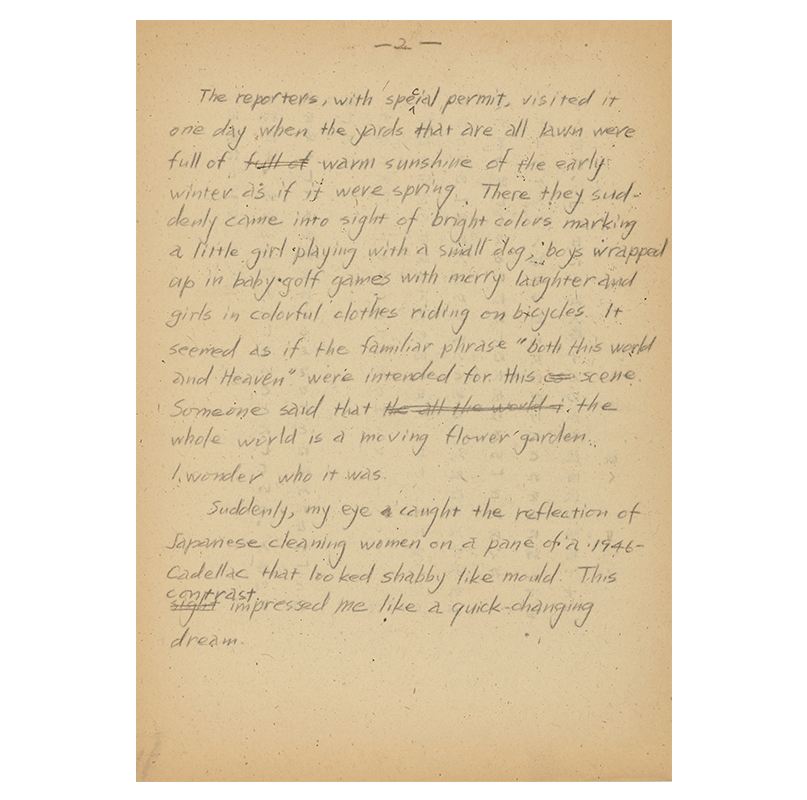 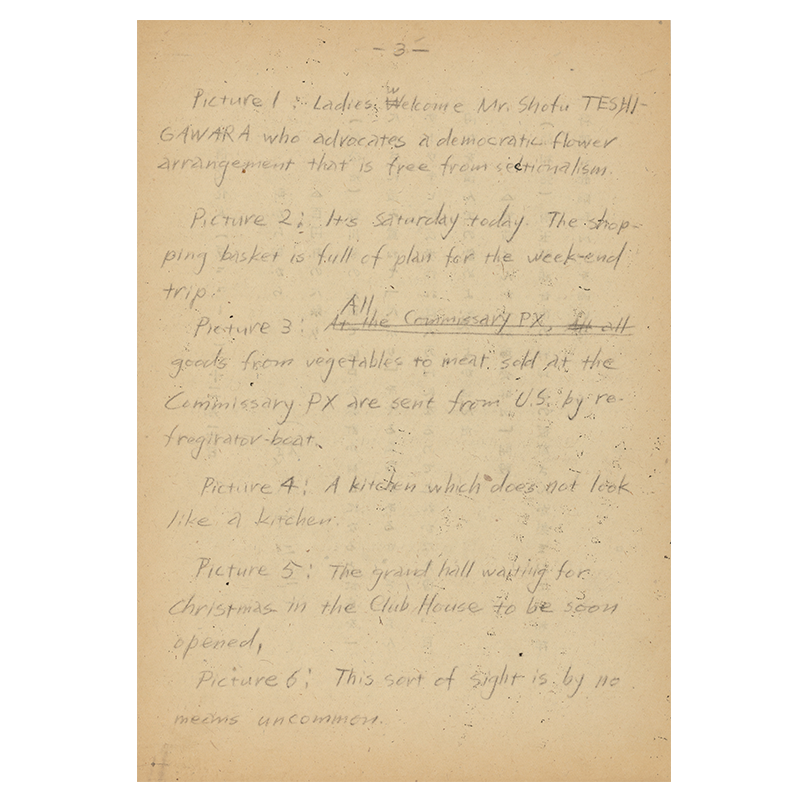 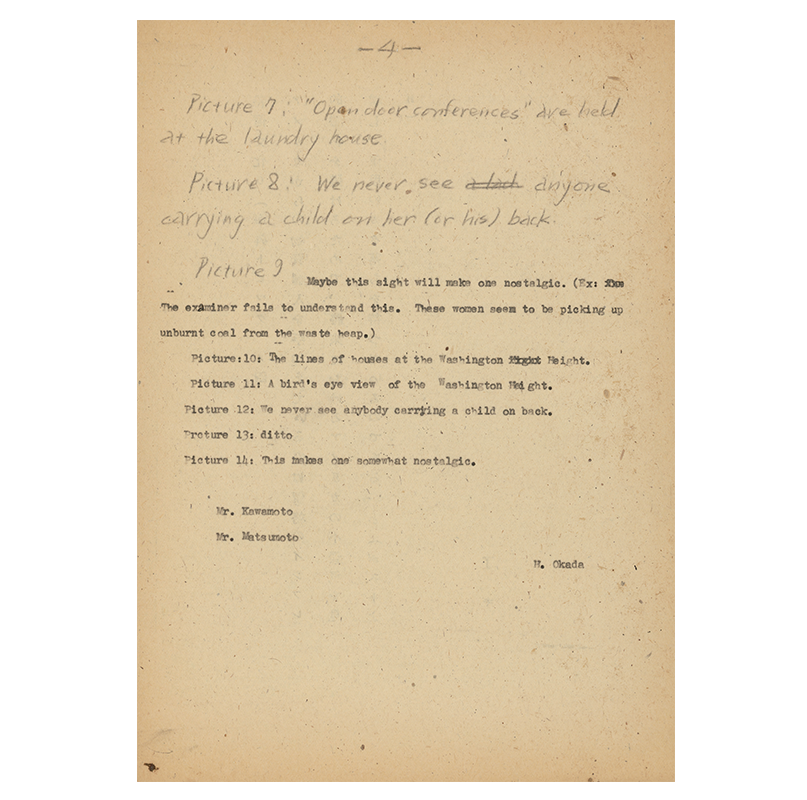 The article, “Washington Heights: The Pleasures of Paradise,” was reviewed by the Civil Censorship Detachment (CCD) for possible violations of the Code for the Japanese Press. Following CCD procedures, the censorship examiner translated the article into English for his supervisor, who would make a final determination about censorship action. Though the document was marked, “Passed,” usually indicating that no censorship action was taken, a note at the top stated that two photographs were deleted. In addition, the concluding sentences of the article translated by the censorship examiner as, “Suddenly, my eye caught the reflection of Japanese cleaning women on a pane of a 1946 Cadellac [sic] that looked shabby like mould. This contrast impressed me like a quick-changing dream,“ did not appear in the published version. The document is dated December 2, 1947, nine days before the article was published.