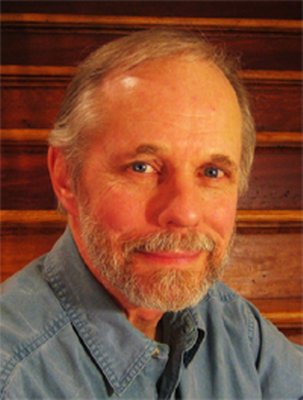 Dana Richard Wilson (b. 1946) is the Charles A. Dana Professor of Music at Ithaca College (NY), where he teaches music composition. Wilson holds a doctorate from the Eastman School of Music, where he studied composition with Samuel Adler, as well as a master’s from the University of Connecticut and a bachelor’s from Bowdoin College.

Wilson's music has been commissioned and performed by many ensembles including the Chicago Chamber Musicians, Detroit Chamber Winds and Strings, Buffalo Philharmonic, Memphis Symphony, Washington military bands, Netherlands Wind Ensemble, Syracuse Symphony, the Hope College Wind Ensemble, and the Tokyo Kosei Wind Orchestra. He is coauthor of Contemporary Choral Arranging and has published other works on diverse musical subjects and his own compositional process.

Piece of Mind, which won the 1988 Sudler International Wind Band Composition Competition and the 1988 ABA/Ostwald Prize, is Wilson's representation of the workings of the human mind. It contains four movements: "Thinking," "Remembering," "Feeling," and "Being." The piece features many syncopated rhythms, solo passages for various instruments, and lively percussion parts.