"With the establishment of college radio stations as a network, a medium now exists through which American universities may be reached for the first time as a unit."

George Abraham and David Borst were freshmen at Brown University in 1936 when they first ran wires between their dormitories. With microphones on one end and radio speakers on the other, they were able to communicate with one another from their own rooms. More students wanted to join, and eventually thousands of feet of wire connecting other dorms created a campus-wide network. However, the wires often broke, and their general appearance was unsightly. So, Abraham and Borst developed tiny transmitters linked by underground wires that sent signals to nearby radios. Once they installed a metal antenna to improve coverage, the "Brown Network" was in full operation.

Other schools established similar systems, such as Harvard's Crimson Network, the University of Connecticut's Husky Network, Wesleyan's Cardinal Network, and the University of Maryland's Old Line Network. Eventually, 37 college radio stations in the seaboard area would comprise the Ivy Network.

In 1940, Abraham and Borst formed the Intercollegiate Broadcasting System (IBS) to help maximize the resources of college stations. Three years later, the IBS had grown from five East Coast stations to 33 stations spread throughout the nation. Annual conventions enabled members to discuss soliciting national advertising, ideas for program exchanges, technical advice and record swaps. Among its many accomplishments, the IBS was instrumental in persuading the FCC to reserve left-of-the-dial frequencies for educational radio stations in 1944. In 1948, the IBS aided in establishing Class D licenses for 10-watt, non-commercial stations.

Today, IBS membership includes over 1,000 non-profit, education-affiliated institutions. The organization's website describes it as a "trusted, experienced resource for information, action, and help with college radio, TV, webcasting, podcasting, streaming, and high school radio." Maryland's involvement with the IBS has been ongoing since the 1940s. In 1965, the IBS named WMUC the All-American College Radio Station of the year. 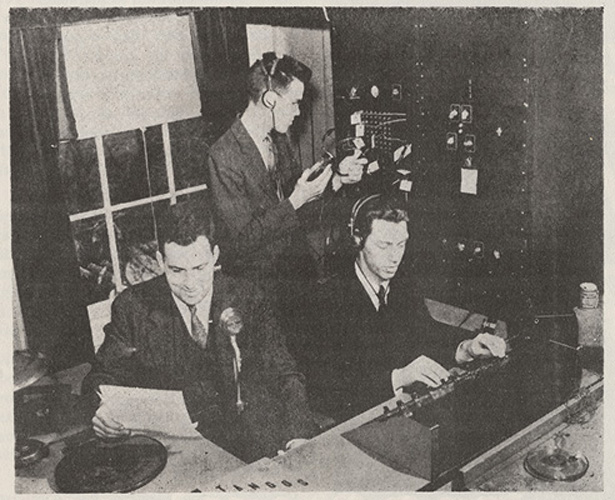