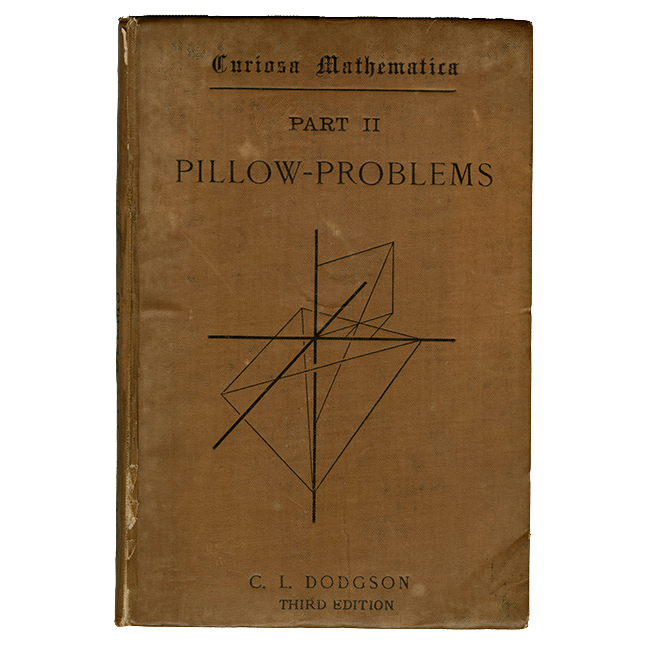 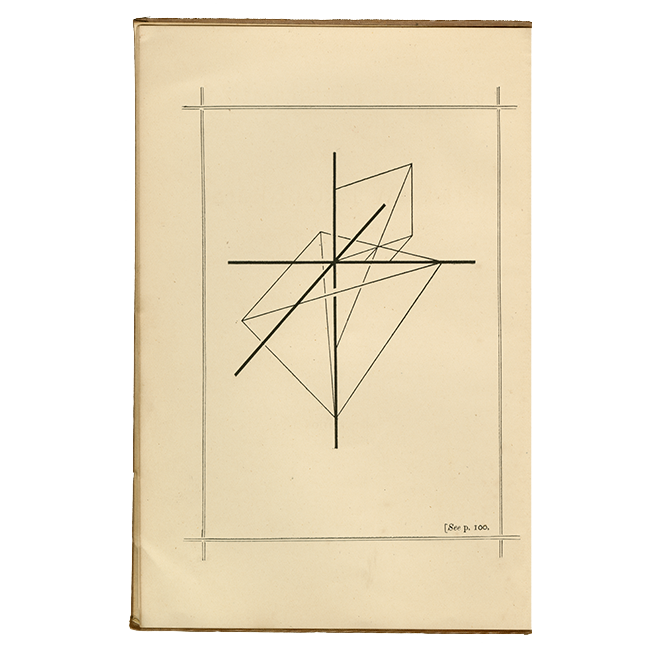 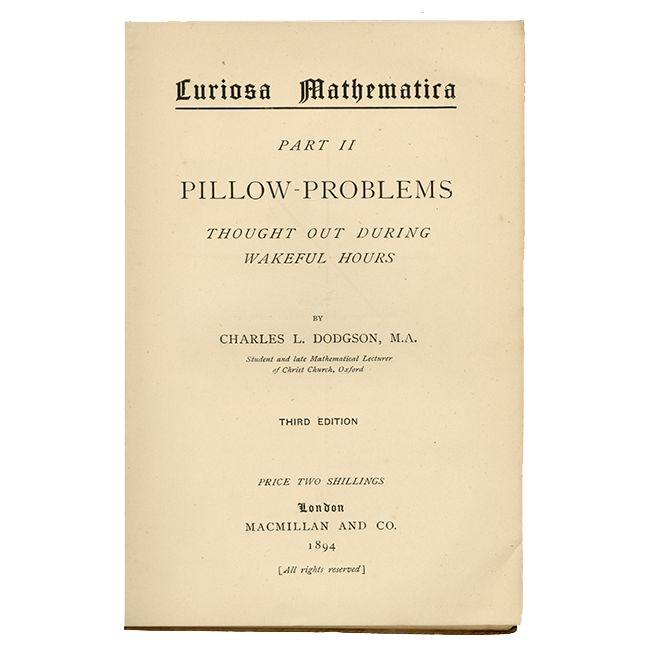 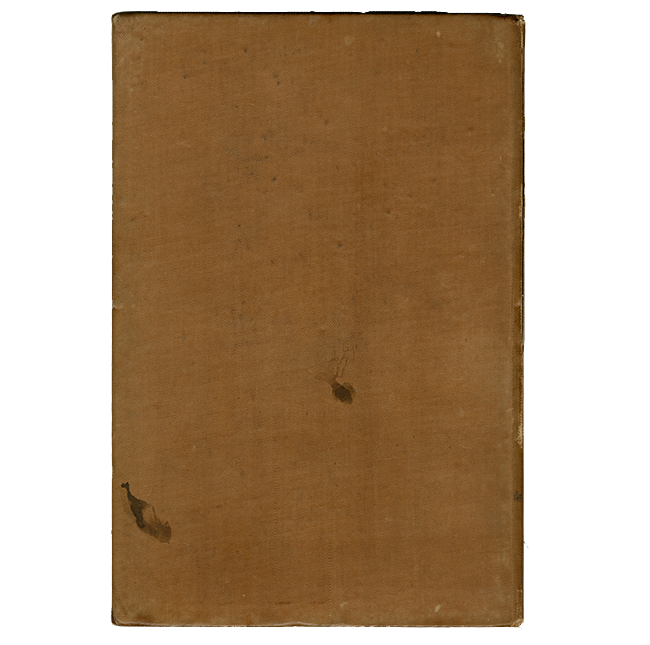 Third edition. Lewis Carroll wrote in his introduction to the first edition that nearly all of these 72 “pillow-problems” were “solved, in the head, while lying awake at night…before drawing any diagram or writing down a single word of the solution.” One or two were solved on long solitary walks. The problems involve arithmetic, geometry, trigonometry, calculus, and probability.

His stated purpose in publishing these was threefold:

Typical of his moralistic bent at this time of his life, Carroll went on to say that pillow-problems can negate not only worrying thoughts, but also skeptical, blasphemous, and unholy thoughts. The book was initially subtitled: Thought Out During Sleepless Hours, but he revised this because it gave the impression he was a hopeless insomniac.