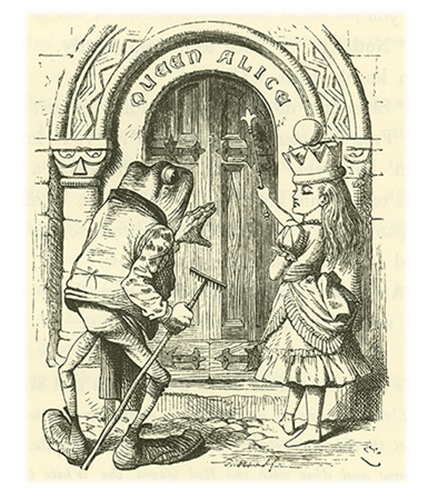 Alice in the Performing Arts

Although Lewis Carroll’s beloved Alice’s Adventures in Wonderland (1865) began as a children’s book, during his lifetime the tale of Alice and her Wonderland friends went on to in-spire countless theatrical and musical pieces. In fact, Carroll consulted and wrote special material for the first authorized major theatrical staging of Alice in Wonderland, presented to great acclaim by Henry Saville Clarke in 1886.

Since Carroll’s passing in 1898, interpretations of his works, characters, and life have mul-tiplied astronomically in all of the performing arts. Alice has transcended boundaries of form and style from adaptations by the Royal Shakespeare Theatre to the psychedelic rock song “White Rabbit” by Jefferson Airplane.

Items from this section were on display in the Lowens Reading Room in the Michelle Smith Performing Arts Library.

Select a topic below to explore items related to Alice in the performing arts.