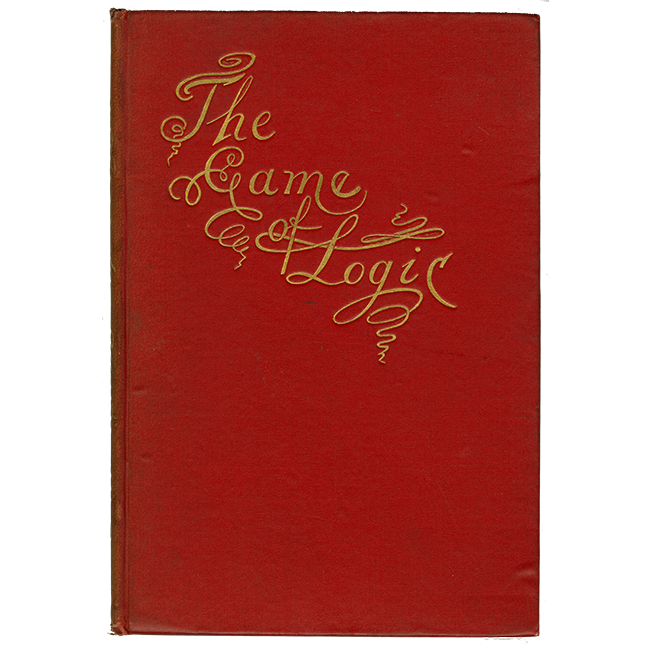 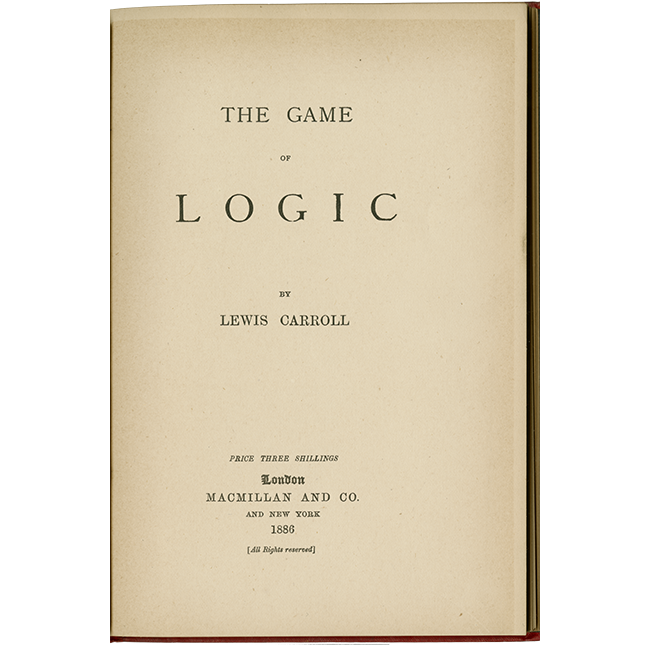 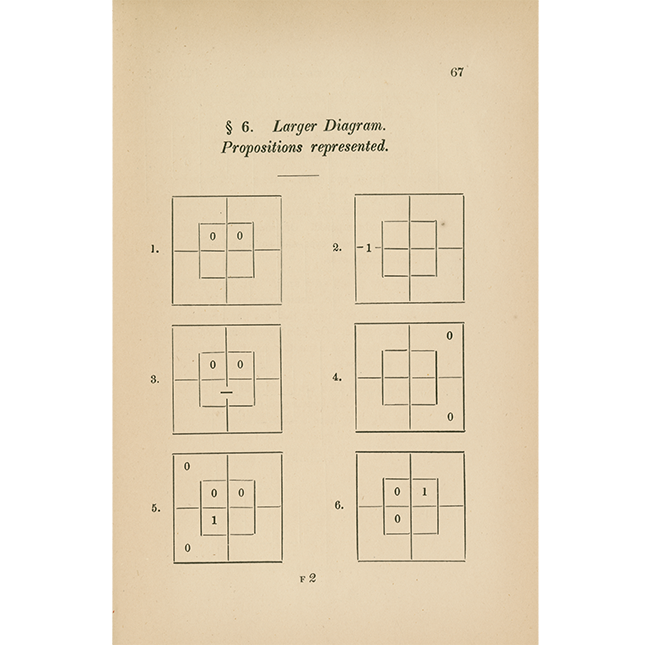 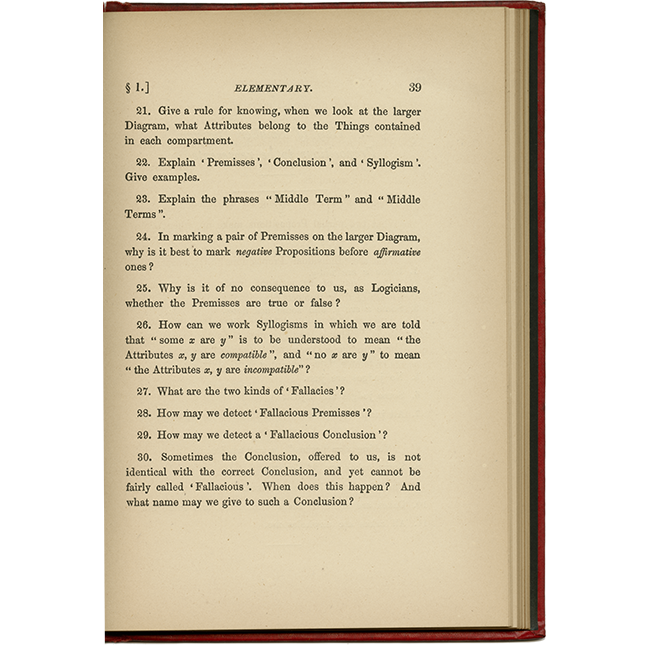 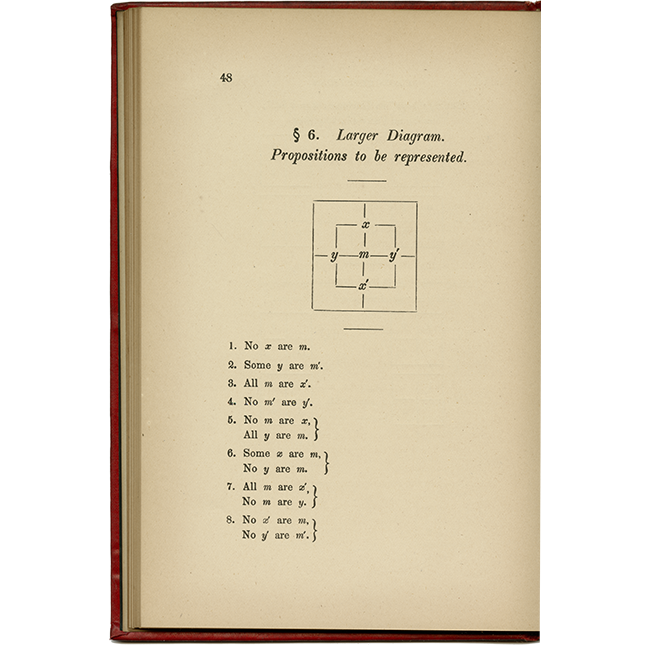 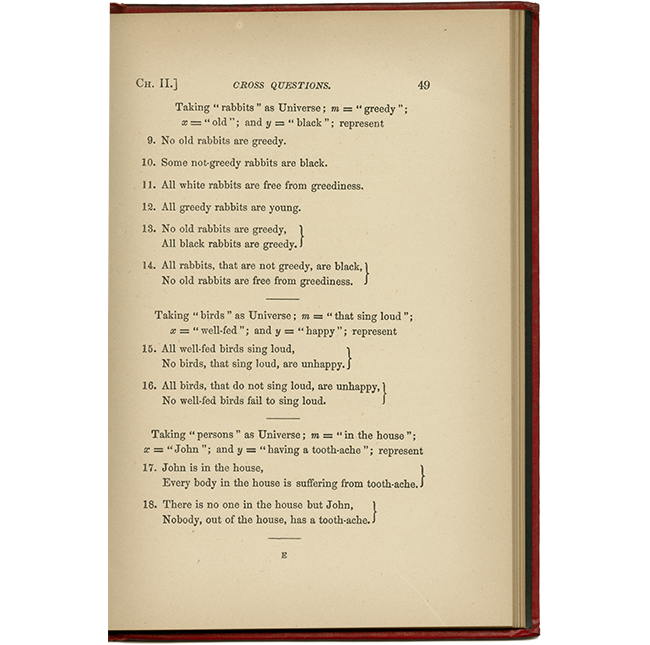 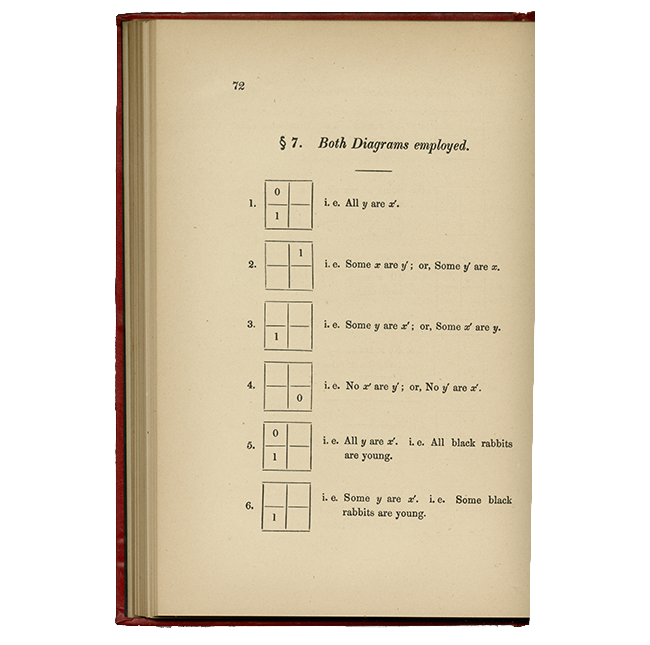 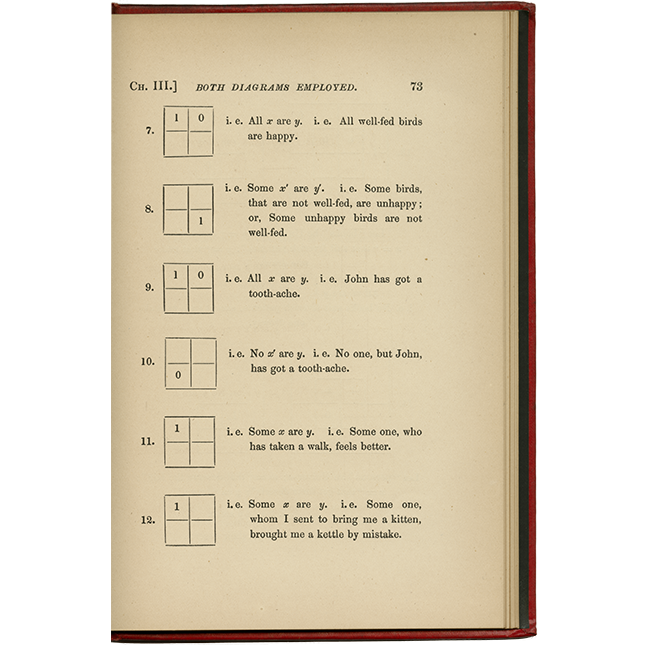 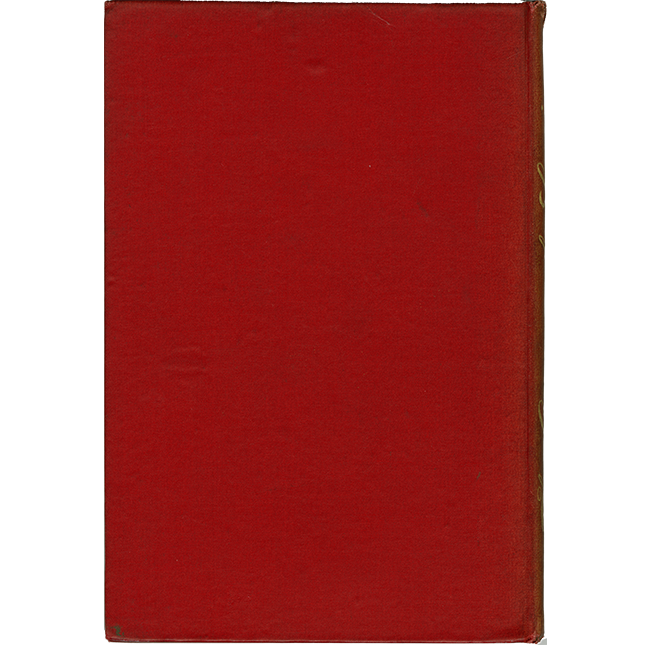 The Game of Logic.

First (suppressed) edition. Part game, part book, The Game of Logic originally included a diagram board and nine cardboard counters which readers could use to work out the logical syllogisms in the book.

The Game of Logic had a tortuous publication history. Shown here is the true first edition, which was rejected by Carroll, because he was dissatisfied with the work done by an Oxford printer, and “remaindered” in America, just as had happened with the first edition of Alice’s Adventures in Wonderland.

This is the first logic book that Carroll signed with his nom de plume, “Lewis Carroll.” He designed the cover to match that of Alice’s Adventures under Ground—an obvious marketing ploy, but also a sign of his interest in promoting logic among the young.