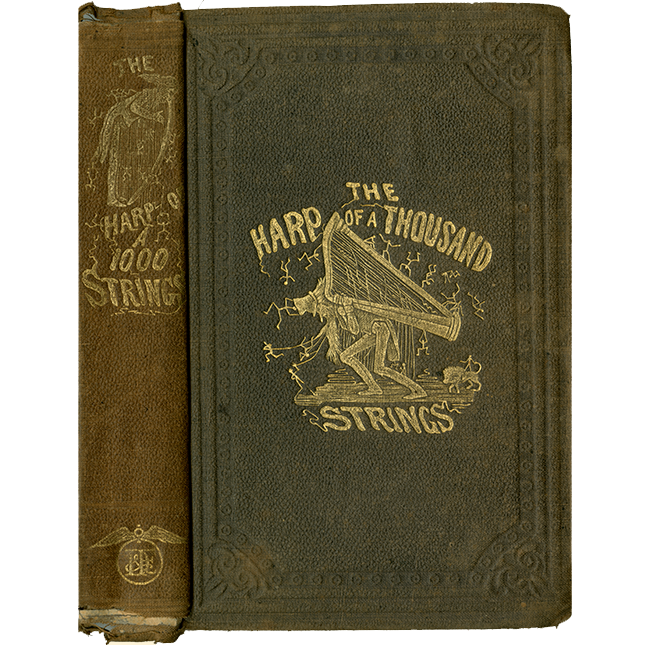 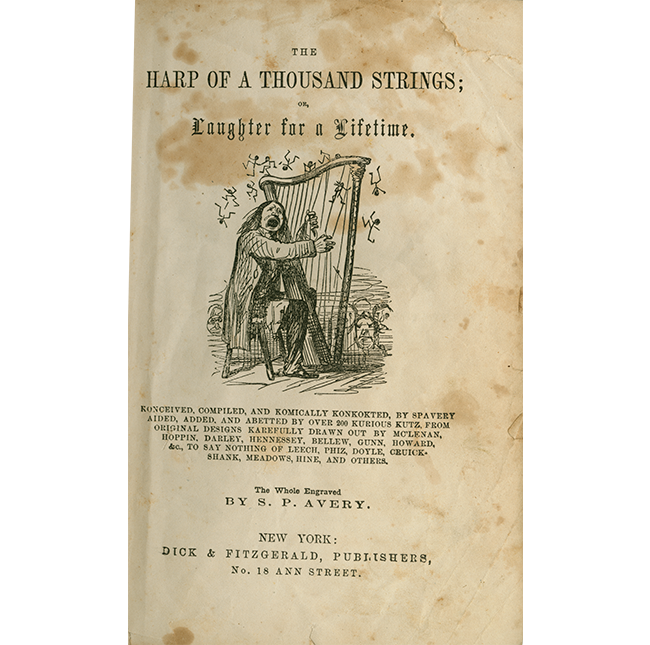 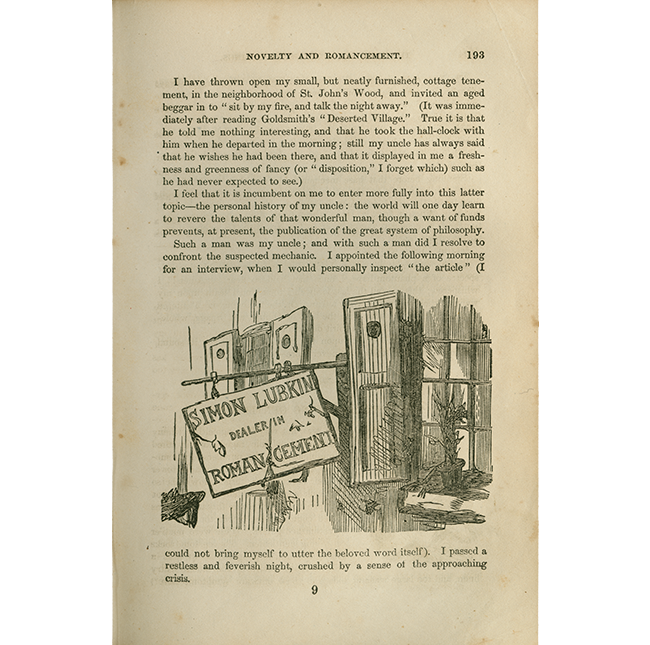 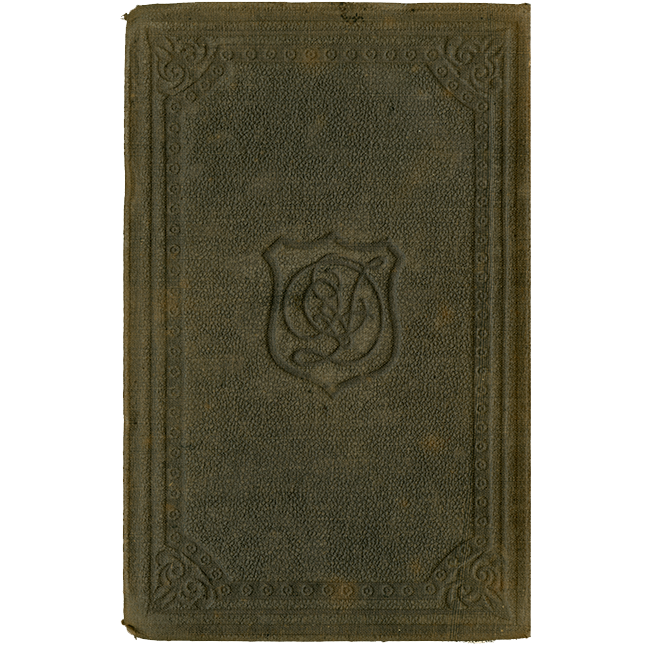 The Harp of a Thousand Strings.

The broken spell [i.e., spelling] of the subtitle occurs when the narrator, one Leopold Edgar Stubbs, realizes he misread a sign for “roman cement” as “romancement.” It is an early example of Carroll’s fascination with verbal ambiguity.