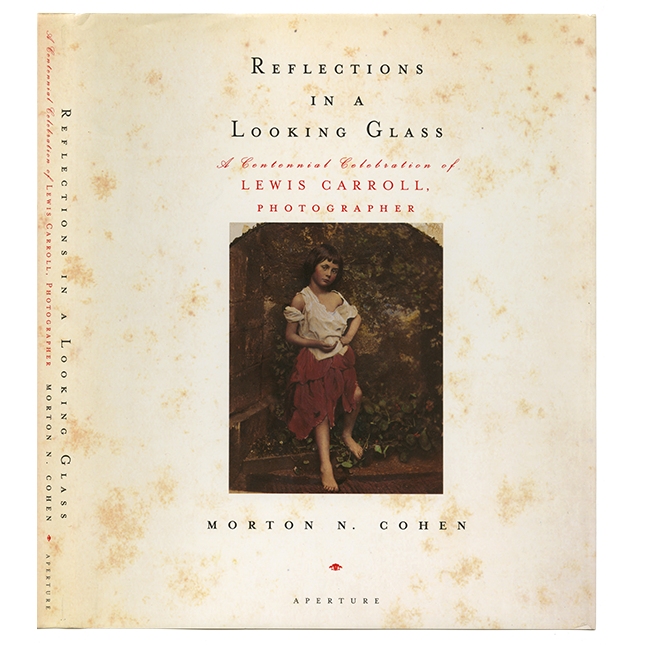 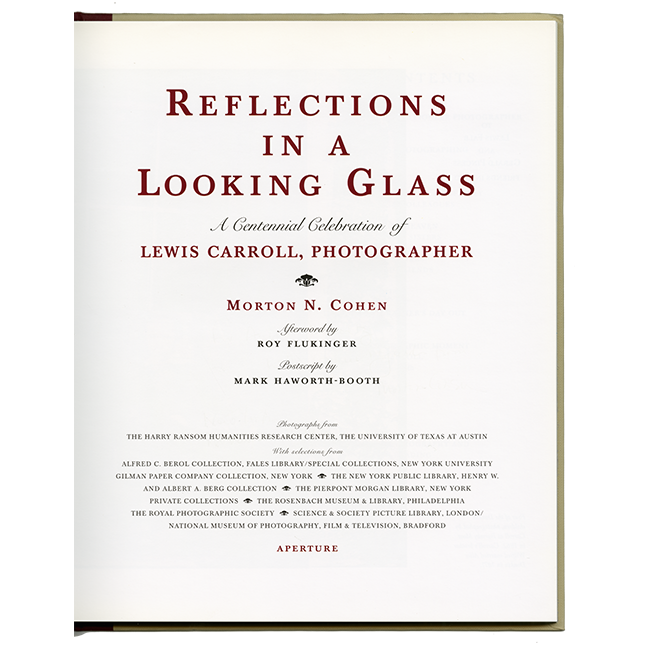 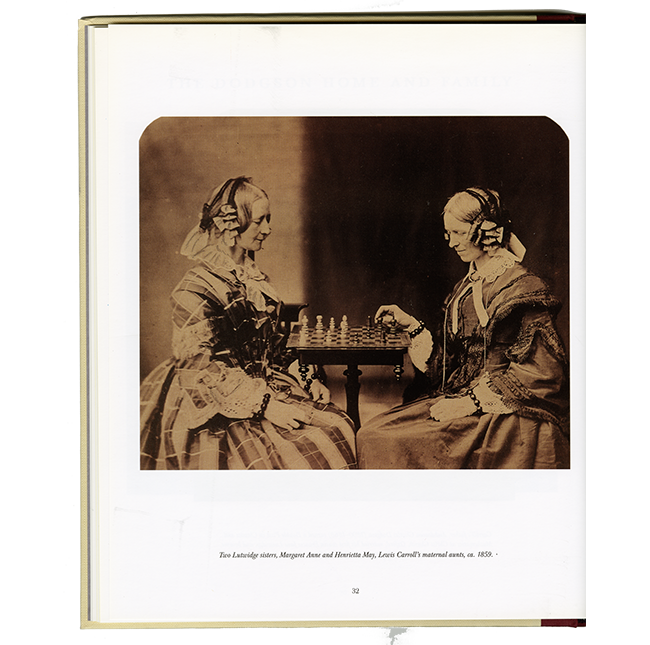 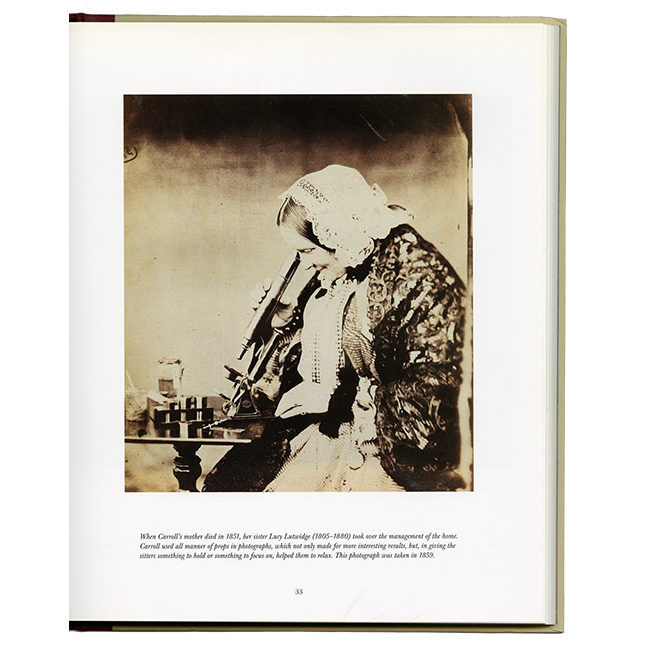 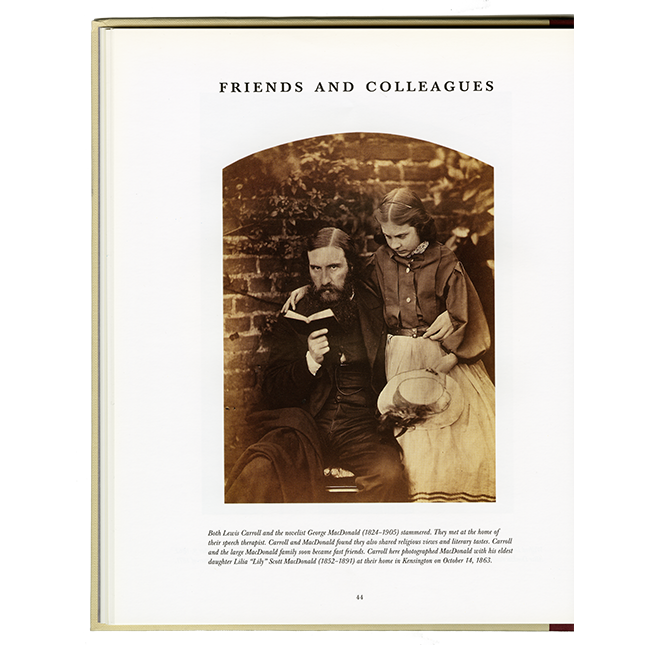 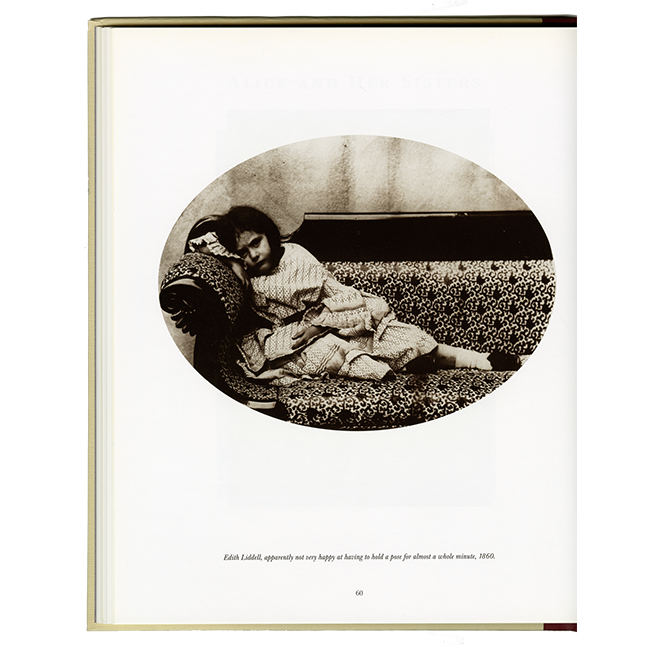 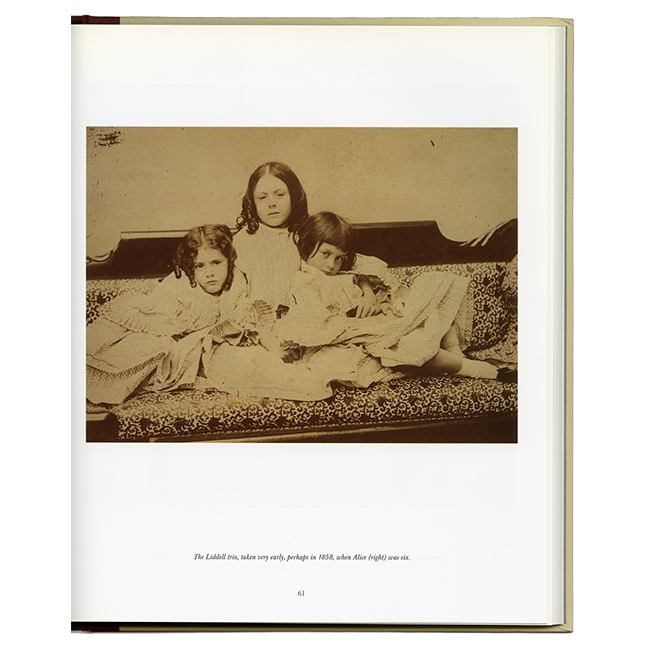 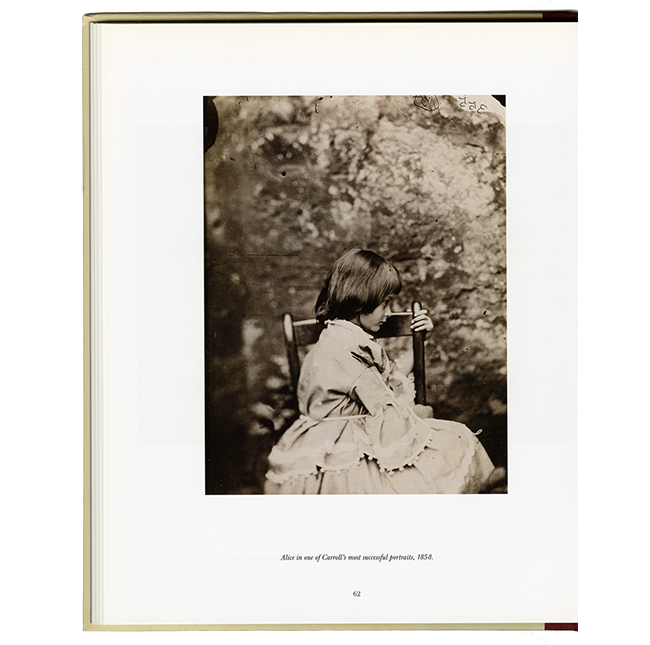 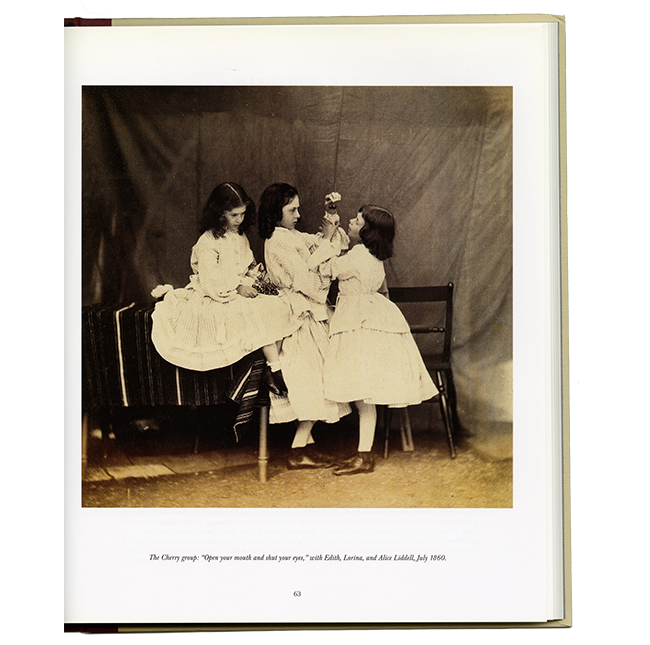 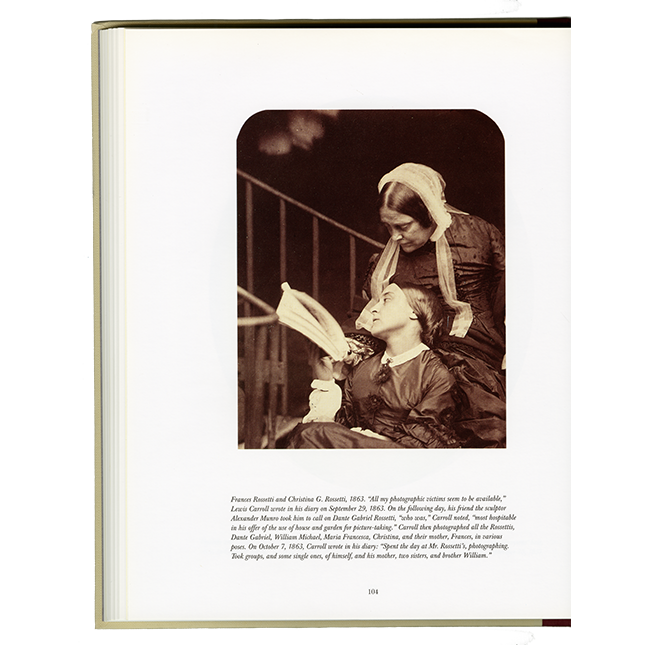 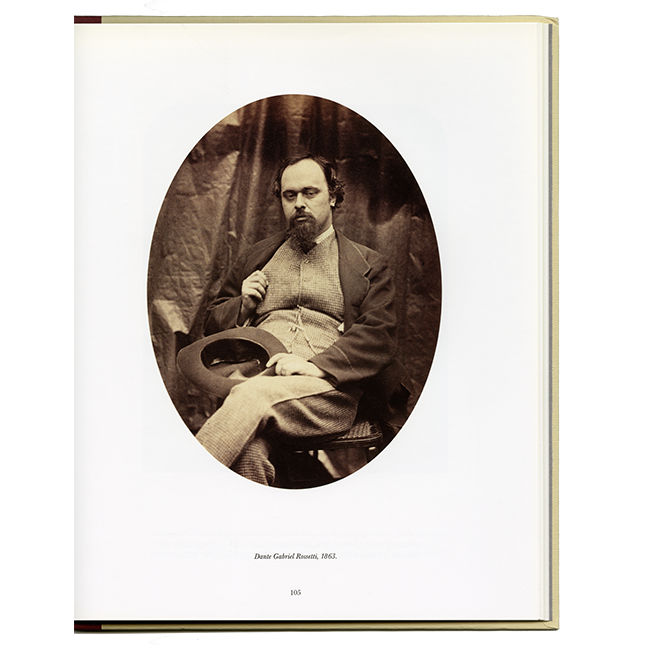 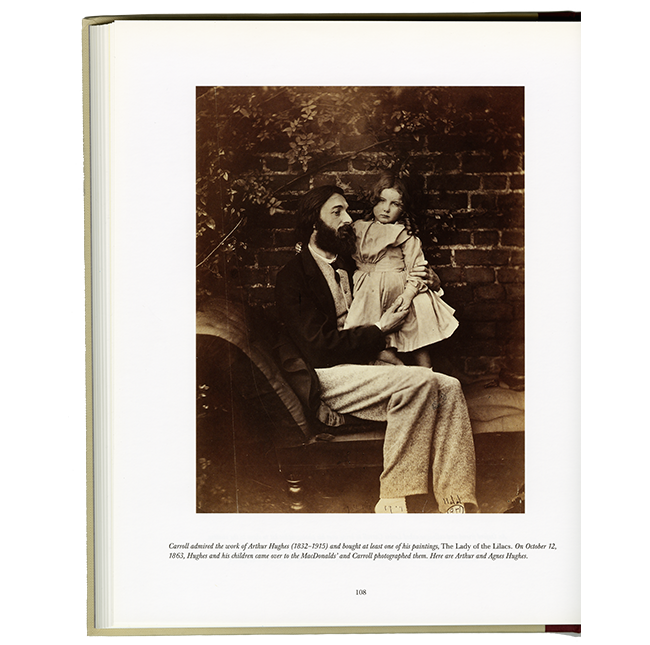 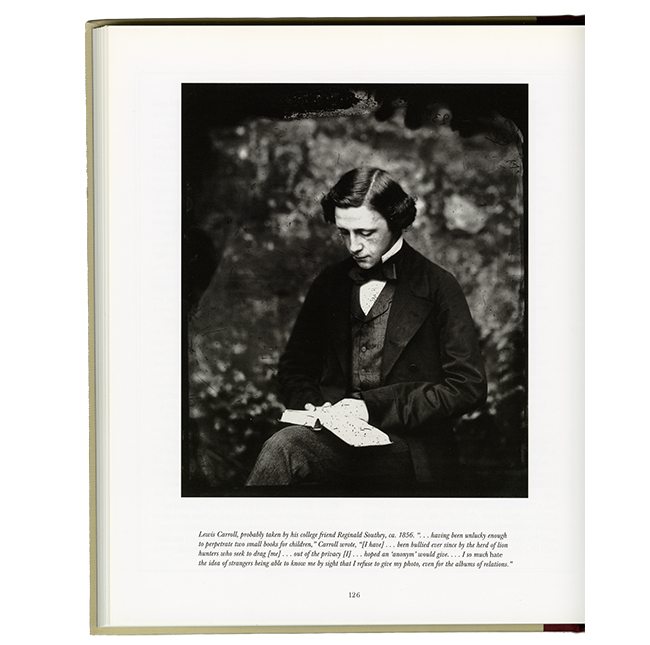 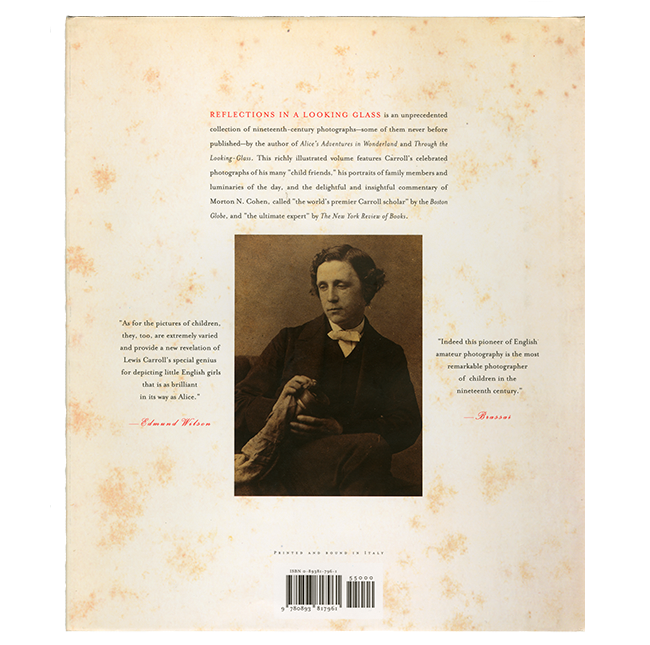 Reflections in a Looking Glass: A Centennial Celebration of Lewis Carroll, Photographer.

This collection of Lewis Carroll’s photography was published to accompany a traveling exhibition of Lewis Carroll’s photographs on the centenary of his death. Carroll was not only the greatest 19th century children’s author, but also the greatest 19th century photographer of children. This book contains not only child photographs—of both boys and girls—but many portraits of his relatives, friends, colleagues, as well as celebrities of the day. This includes Alfred, Lord Tennyson, George MacDonald, and Queen Victoria’s son Prince Leopold.

The photograph of Alice in profile is one of his most successful photographs with Alice’s head slightly inclined, almost pouting, and holding onto the right edge of the back of the chair, a rectangular frame over which the triangular image of Alice is fixed. The shrubbery in the Deanery garden background is somewhat fuzzy (rather unusual for Carroll) thereby accentuating the sharpness of the image of Alice. The photograph was taken when Alice was seven years old.