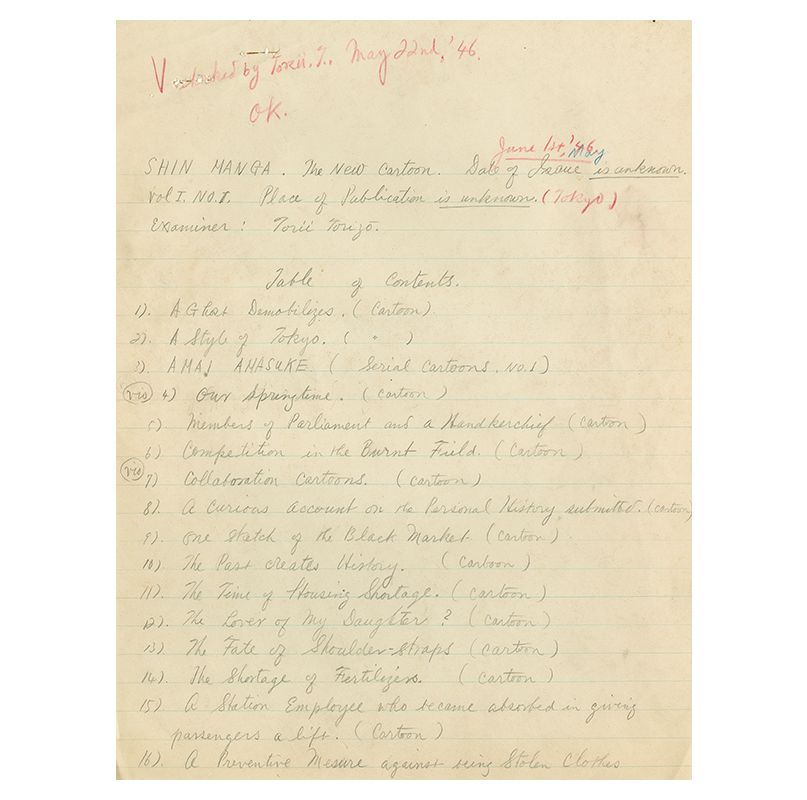 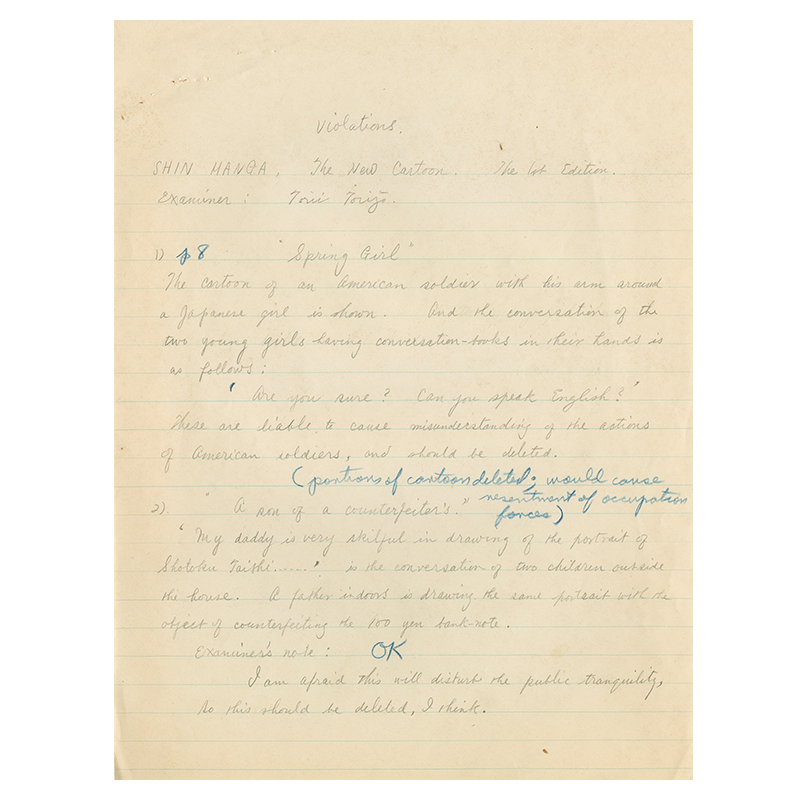 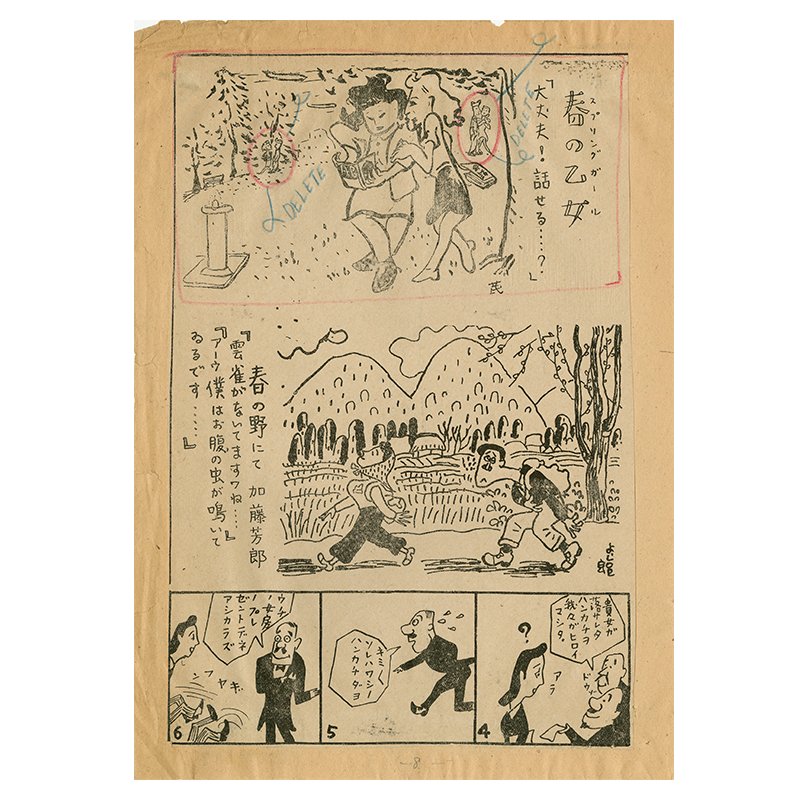 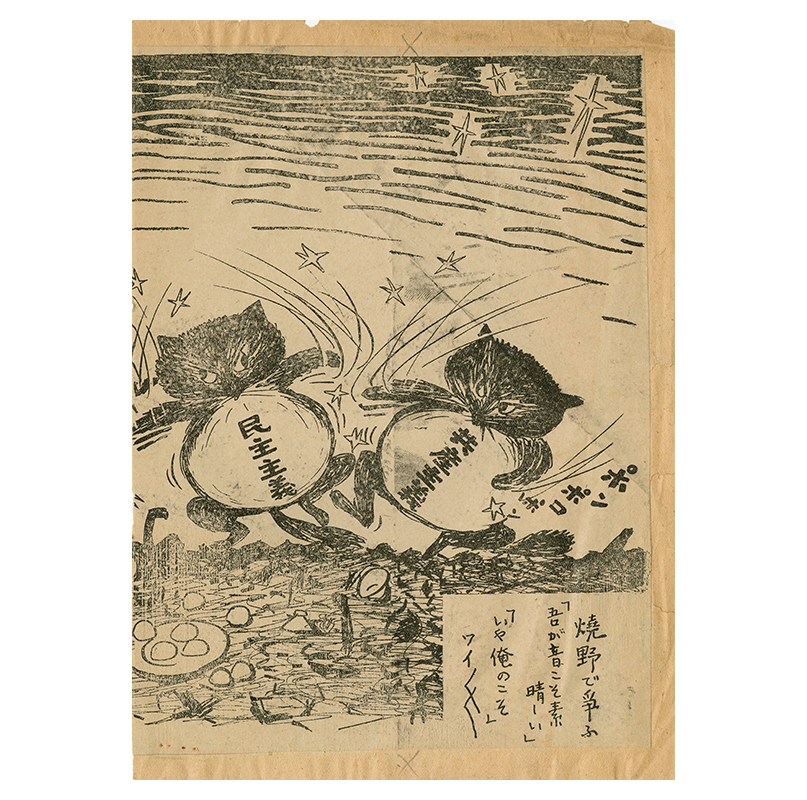 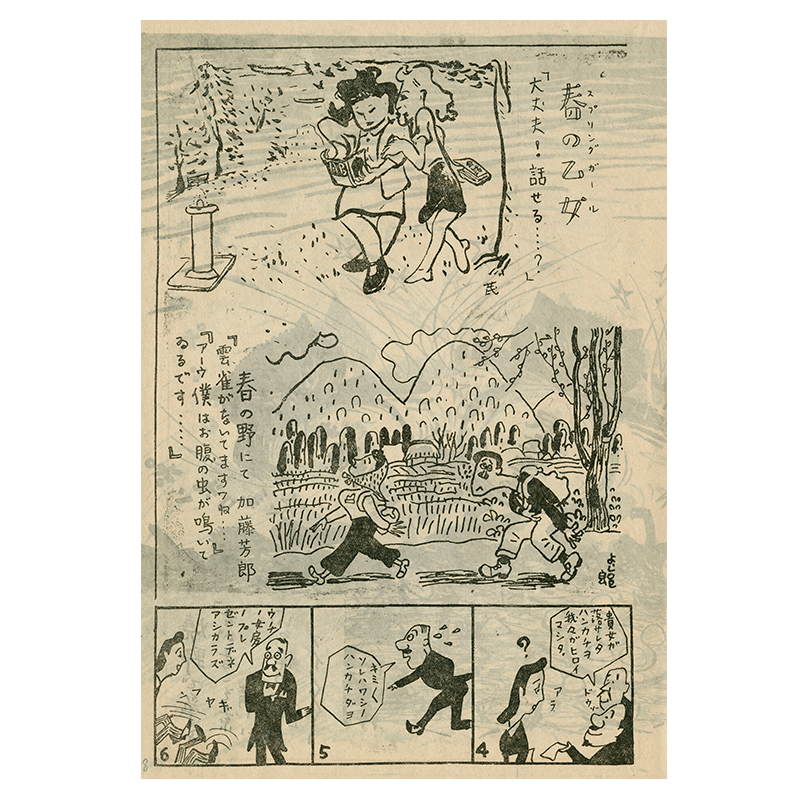 In this comic, “Spring Girl,” two women with conversation books in their hands (one in English and one in Japanese) were talking. In the background were two couples; the men were GIs, the women were Japanese. The CCD examiner wrote, “The cartoon of an American soldier with his arm around a Japanese girl is shown. And the conversation of the two young girls having conversation-books in their hands is as follows: ‘Are you sure? Can you speak English?’ These are liable to cause misunderstanding of the actions of American soldiers and should be deleted.” In the published version of this comic, the two couples in back were deleted. The galley proof of the comic with censorship markings and the published version are shown here side-by-side.