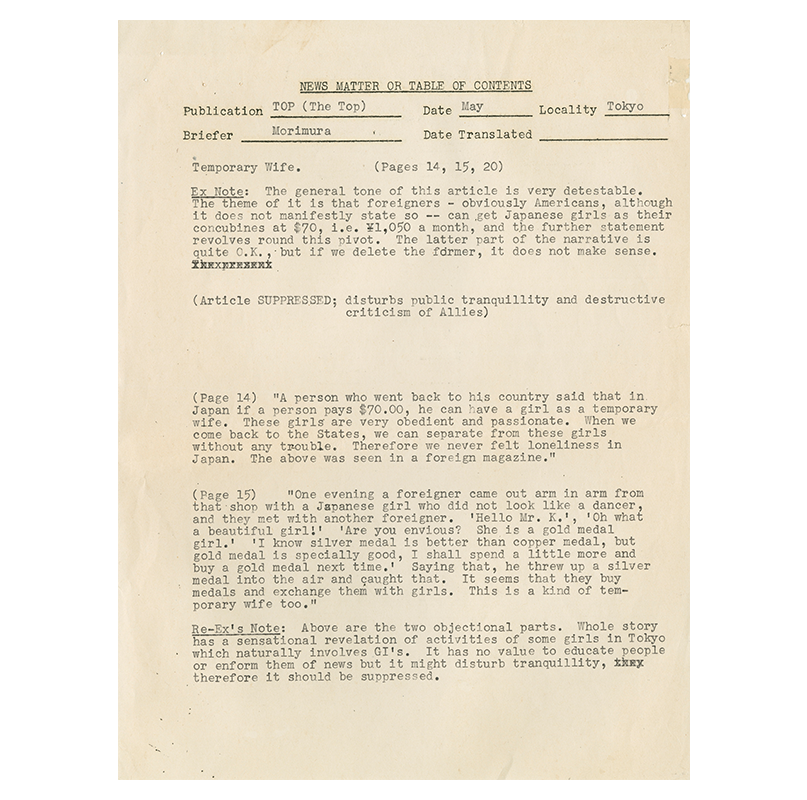 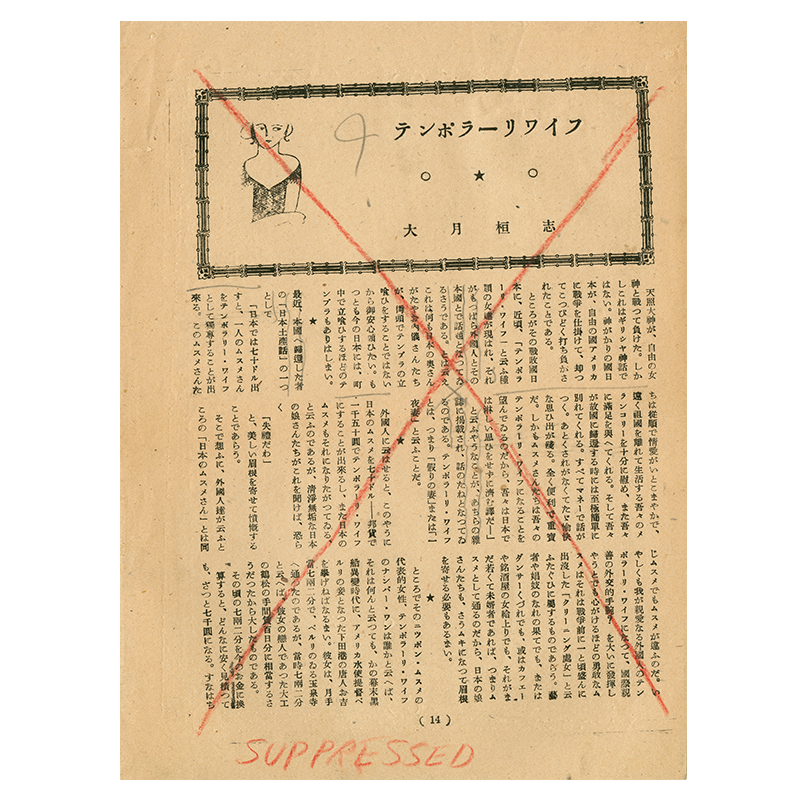 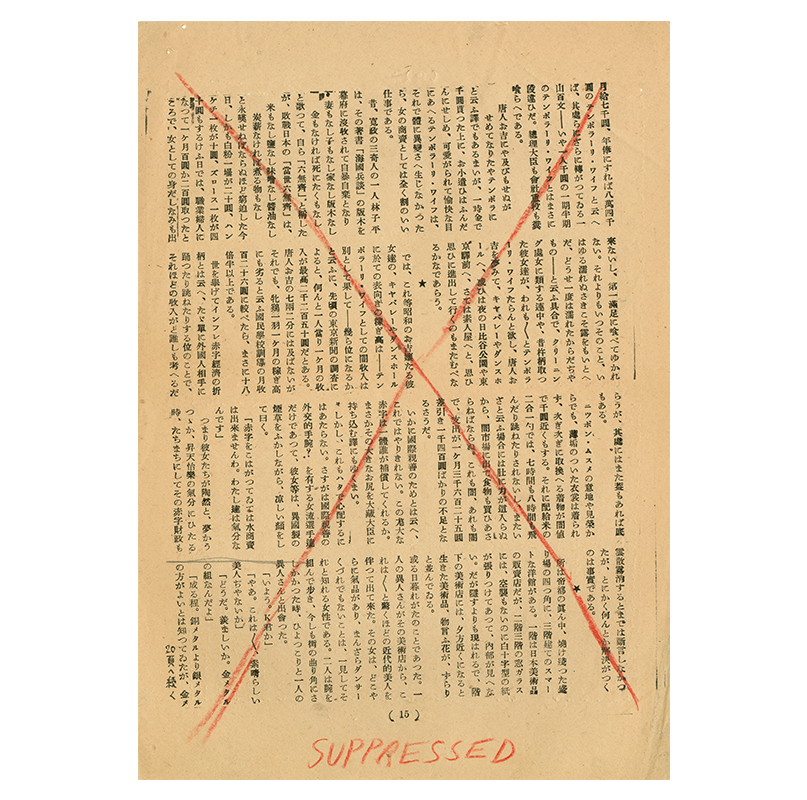 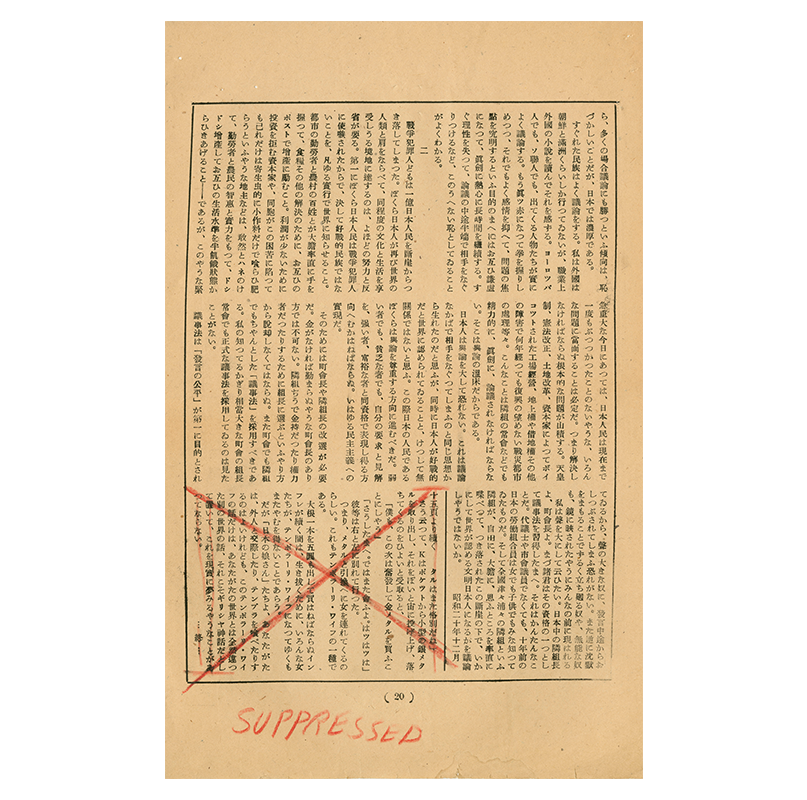 The premise of the story, “Temporary Wife,” was that an American GI could pay a Japanese woman to be his mistress or “temporary wife.” Fraternization was prohibited at this time, including solicitation of prostitutes (though it was still prevalent). According to the CCD examiner’s notes, the entire story was suppressed for two reasons: disturbs public tranquility and destructive criticism of Allies.