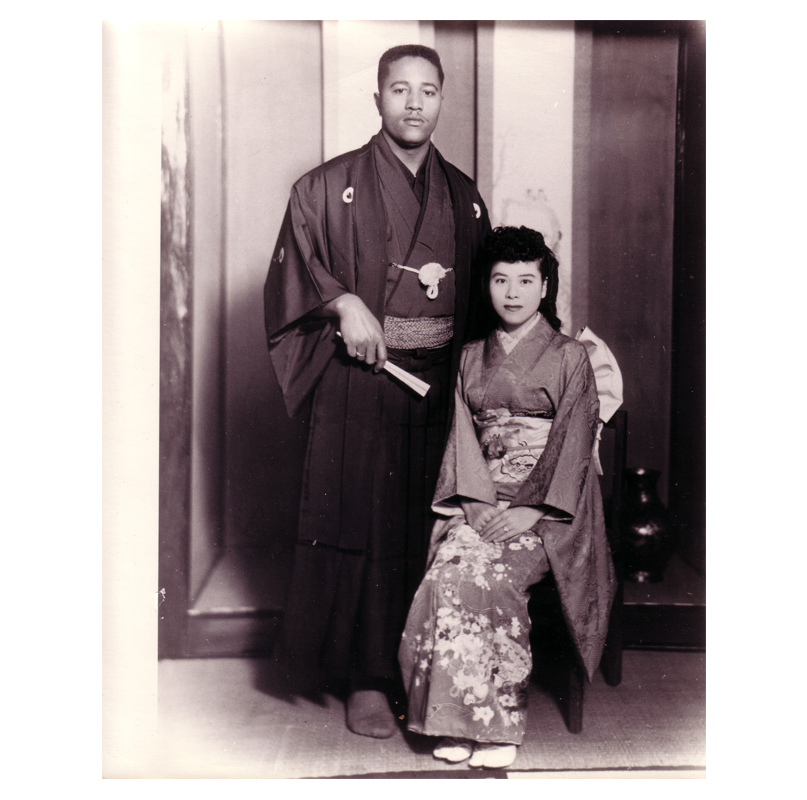 In the essay, Jitterbugging to Jazz in Japan (Fillmore & Japantown, 2016), Anthony Brown, a child of Sumi Ogita and Willie Brown, wrote about his parents’ meeting and marriage in Occupied Japan.

My mother, Sumi Ogita, was a teen in Tokyo when she fell in love with dancing the jittterbug to big band Jazz records. Working in the accounting office of the Isuzu factory during and after World War II, she and her colleagues would venture out to the nearby USO club on weekends because that was the only place they could hear American music after the war. Too shy to go in, the half dozen young women would go around to the back of the club to dance together under the open kitchen window.

My father, Willie Brown, happened to be the assistant manager of the club and went outside to investigate after hearing some commotion. When recounting this story, he said, “Son, I opened the door and saw these beautiful Japanese girls dancing the jitterbug -- I thought I had died and gone to heaven!” He invited them in, as Sumi passed by, he leaned over to his friend and said, “Mack, that’s the girl I’m going to marry.”

Bureaucratic red tape made it all but impossible for US military personnel to marry Japanese nationals, so my parents were wed in a Japanese civil ceremony. Most photos of Japanese marriages feature the groom in western attire, however my father chose to wear Japanese attire to honor the culture that allowed them to marry.