1982: Armies of the Omnipresent Otserf
1986: In the Spring, at the Time When the Kings Go Off to War

Holsinger has been awarded the Distinguished Alumni Award from Central Methodist College, "Excellence in Scholarship" faculty award from Lee University, and the Christian Instrumental Directors Association Director of the Year citation. He has had works commissioned by the Gustavus Band, the U.S. Air Force Tactical Air Command Band, and the Kansas Brass Quintet, among others. His works have also been premiered by the United States Air Force Band and selected for broadcast nationally on a National Public Radio Special Project on Vocal Music. 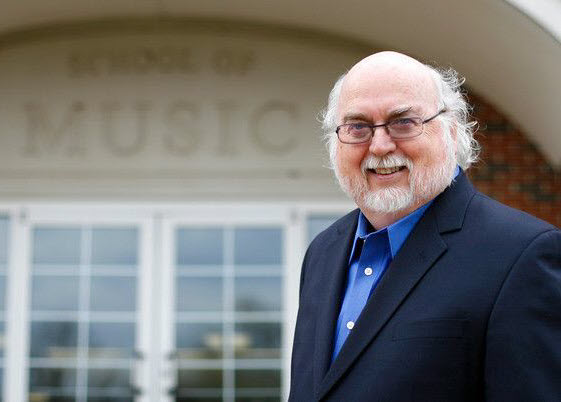 The Armies of the Omnipresent Otserf

The Armies of the Omnipresent Otserf won the ABA Ostwald Award in 1982 and was performed at the ABA that year by the Indiana University Symphonic Band. The piece is the third movement of Holsinger's A Fobarsti Triptych.

In the Spring, at the Time When the Kings Go Off to War

Winner of the 1986 ABA Ostwald Award, Holsinger's In the Spring, at the Time When the Kings Go Off to War is a programmatic work based on the assault of King David's army, as depicted in the Bible. It was commissioned by the local chapters of Kappa Kappa Psi and Tau Beta Sigma at Stephen F. Austin State University.