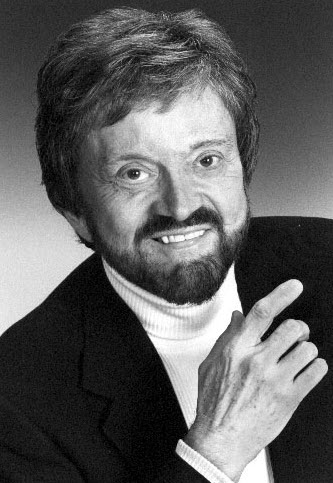 Ron Nelson (b. 1929 in Joliet, Illinois) served as a professor and chairman of the music department at Brown University from 1960 to 1993.

Nelson earned a bachelor's of music, master's of music, and doctorate of musical arts in composition from the Eastman School of Music, where he studied with Louis Mennini, Bernard Rogers and Howard Hanson. In 1954-1955 he received a Fulbright Grant to study composition in France at the Ecole Normale de Musique and at the Paris Conservatory.

In 1991, Nelson was awarded the Acuff Chair of Excellence in the Creative Arts, the first musician to hold the chair. The John Philip Sousa Foundation awarded him the Medal of Honor in 1994.

Nelson has received numerous commissions, including those from the National Symphony Orchestra, the Rochester Philharmonic, the United States Air Force Band and Chorus, Musashino Wind Ensemble, Aspen Music Festival, and numerous colleges and universities. He has also received grants and awards from the Rockefeller Foundation, the Howard Foundation, ASCAP, and the National Endowment for the Arts.

In 1993, Nelson's Passacaglia (Homage on B-A-C-H) was the first piece to win all three major wind band composition prizes during one period: the National Band Association Prize, the American Bandmasters Association Ostwald Award, and the Sudler International Prize. Using a melodic motive based on J.S. Bach's name (B-flat, A, C, B-natural), the composition features a set of continuous variations using counterpoint, moving seamlessly from darkness to light.

Nelson won the aBA Ostwald Award in 1994 for Chaconne (In Memoriam...), a piece commissioned by the ABA and premiered by the U.S. Air Force Band. The elegiac work contains variations built on a repeated chord progression and features quotes from a Brahms choral prelude.