A postcard is a cultural artifact from a particular moment in history. From its image and text we can learn about the attitudes and tastes of its time: styles of dress, leisure activities, prejudices. How an image is framed suggests what a photographer or artist found noteworthy about a scene, as well as what appealed to consumers. In turn-of-the-century postcards monumental structures and natural wonders were common features, but so were images of everyday life. Scholars and students alike will find that postcard images—like other primary sources of historical evidence—often raise more questions than they answer.

Some postcards reflect a departure from the sexual mores of previous decades. The correspondence on the back of this 1910 postcard reads, “This isn’t miserable.”

Though based on photographs, most postcard images were manipulated during the printing process. Many of these changes were made for aesthetic reasons: providing color or removing visual distractions such as power lines and construction scaffolding. More complex changes seem to invite other explanations. In the image depicting the Atlantic City Boardwalk, for example, one might wonder why a head was cropped from the picture. Why were large hats drawn over some of the other individuals' faces in other parts of the image?

African American, Latino and other non-white individuals are conspicuously absent from many turn-of-the-century postcard images. When included, they were often presented in stereotypical and stylized ways. 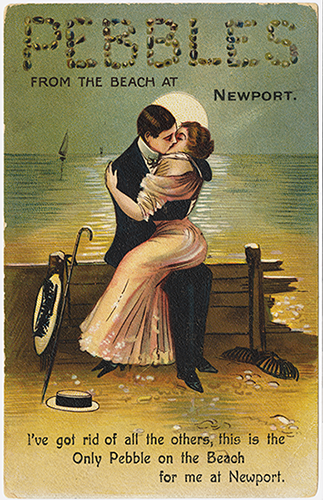 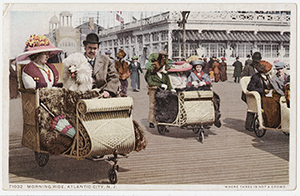 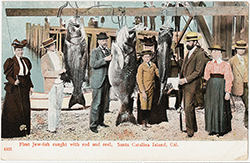 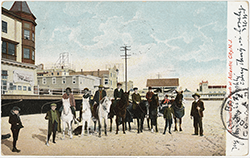 A Contrast on the Beach at Atlantic City, N.J. 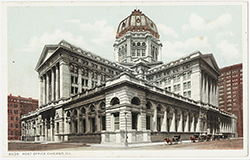