National parks, too, were first promoted as vacation destinations during this period. Images of their spectacular landscapes attracted well-to-do Americans, and advertising campaigns such as the Great Northern Railway's "See America First" framed travel to the national parks as a patriotic counterpart to the European grand tour. Tours allowed visitors to see the grand vistas, wildlife, and cultural attractions that made each park unique. During the late nineteenth century, only the truly wealthy had the time and money to visit Yellowstone, Yosemite or the Grand Canyon, but during the first decades of the new century middle-class vacationers were joining them in increasing numbers. 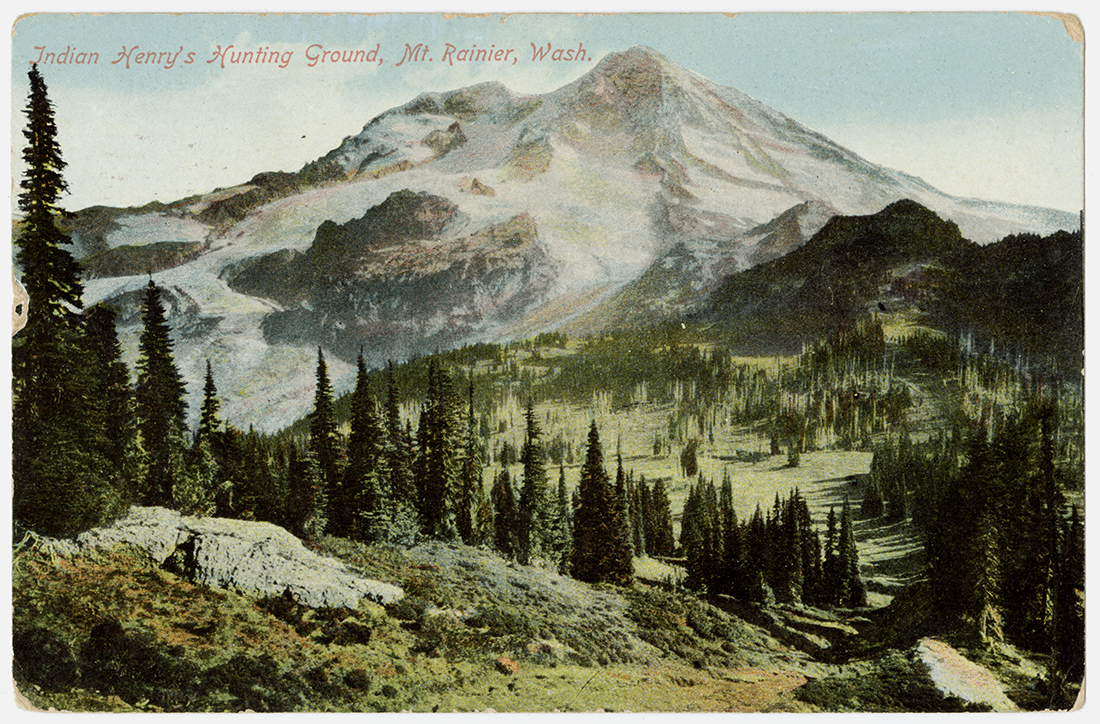 "This trip will stay in my memory long as I live: it has been wonderful
and one realizes just how big and grand our country is."

Many businesses operating in and around National Parks, including railroads, hotels, restaurants and tour companies, used postcards to promote their services. Railroads were the most aggressive advertisers. They not only enabled travel to parks, but also were among the most powerful lobbyists for the parks' establishment. Entrepreneur Fred Harvey used postcards as a primary means of advertising the hotels and restaurants he built along the Grand Canyon-adjacent Atchison, Topeka and Santa Fe Railway.

This postcard marks the locations of the Fred Harvey hotels and restaurants, which were all located along rail lines west of the Mississippi. Harvey establishments had a reputation for refinement, fortifying travelers with well-prepared meals and clean bed linens before they trekked into the wilds of Yosemite and the Grand Canyon 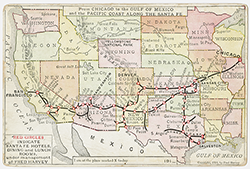 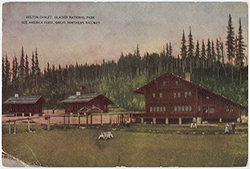 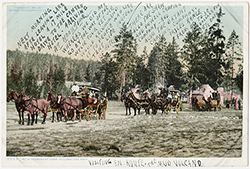 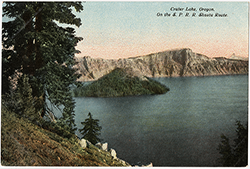 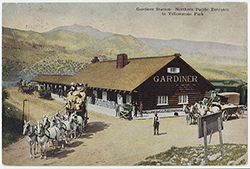 Getting There And Getting Around

Once visitors arrived at their destinations by train, they could tour national parks on foot, by carriage, horse, mule or donkey. Some well-off visitors were already sightseeing by car in the 1910s. Guidebooks provided a context for each National Park, offering detailed descriptions of their geologic and ethnographic histories.

The Start from El Tovar on a Grand Canyon Drive, Arizona/Entrance to Hotel El Tovar, Grand Canyon, Arizona: Postcards were at the heart of entrepreneur Fred Harvey's advertising campaigns. The El Tovar Hotel, featured on these postcards, was established by Harvey, who was known for the restaurants and hotels he built along many of the rail lines leading to the national parks in the southwest. Harvey is also known for commercializing Native American goods, during a period in which non-white cultures were often exoticized. Hopi House was a souvenir shop across the way from El Tovar. 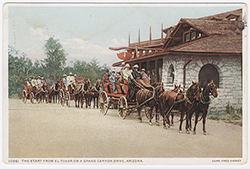 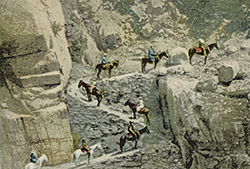 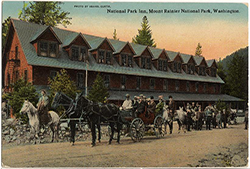 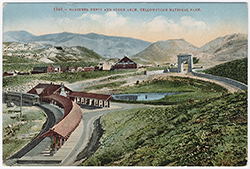 What to See or Do

"Once let Americans know and exalt the glories of American scenery as they do those of European scenery, and the United States will begin to take its proper and appointed place among the countries of the world as the possessor of many gifts and most wonderful allurements."

Together with the Great Northern Railroad's "See America First" ad campaign, such efforts must have made a powerful impression on the American imagination. 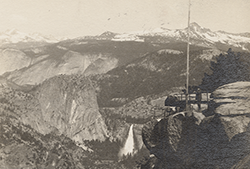 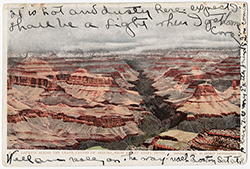 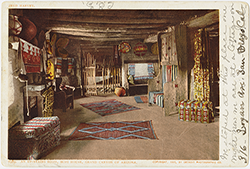 An upstairs room in Hopi House 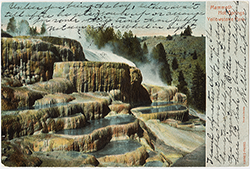 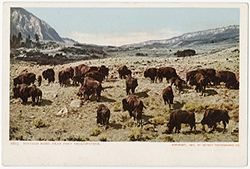 A herd of buffalo, Fort Yellowstone 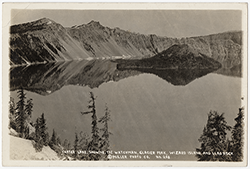 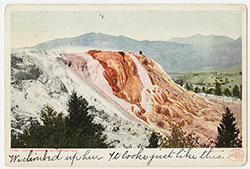 A frequent subject of postcards was the Old Faithful Inn, located only an eighth of a mile from Old Faithful Geyser. Built both to suit upper class tastes and to reflect its natural surroundings, its rustic architectural style was inspired by the Arts and Crafts Movement, which valued the use of indigenous materials in construction.

Situated beneath the Sentinel Dome, Yosemite’s Camp Ahwahnee was famous for its amenities:

“Each tent is provided with electric lights, double-mattressed beds, hot and cold water, with baths handy whenever desired. Every night a glorious camp-fire of great pine and fir logs is built outside, and visitors sit in the warmth of the blaze and sing or chat.” [George Wharton James, California, Romantic and Beautiful (Boston: The Page Company, 1914), p. 223]

Some camps, such as Lost Arrow, provided facilities for relaxation and letter-writing. Vacationers could mail postcards and letters from within park grounds. 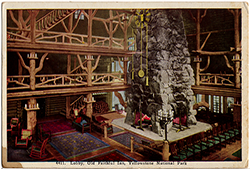 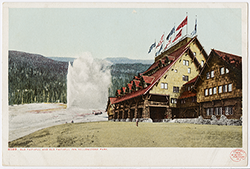 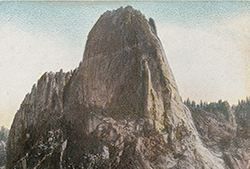 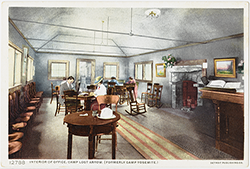 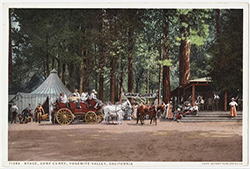 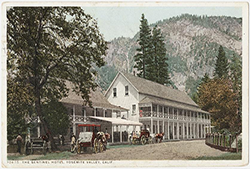 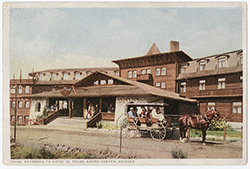