The Joy of the Hunt: Collecting William Morris 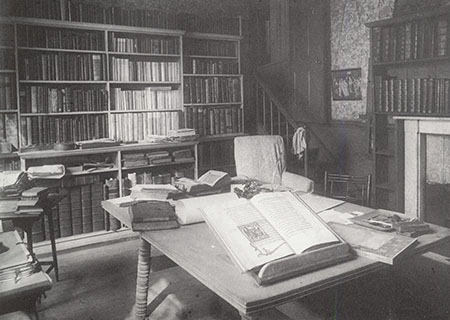 William Morris had a remarkable eye for well-designed books. He showed a preference for early printed books, particularly those with woodcut illustrations. His personal library was evidence of his passion for medieval texts, illuminated manuscripts, and the printed book as art. His collecting influenced his own career as a printer and designer.

This photograph of Morris's Kelmscott House study was taken the day after his death. The distinctive light Kelmscott Press vellum bindings are visible on the shelves in the background. The 13th-century illuminated manuscript, Windmill Psalter, which was purchased by William Morris in 1896, is open on the table in the foreground.

Since his death in 1896, book collectors enamored by Morris's work have devoted their lives to collecting books associated with him. The appeal of William Morris and his books lies in his reputation as a visionary artist and bookmaker. Some collectors spend years searching for limited Kelmscott Press editions designed by Morris. Collectors seeking a personal connection to Morris often seek association copies inscribed by Morris and members of in his inner circle. A collector could build a collection comprised entirely of non-Kelmscott Press editions of Morris's expansive literary output.

Many of the books and ephemera on display in this exhibit were sold to the University of Maryland Libraries by prominent collector Jack Walsdorf, who has steadily acquired Morris-related materials for nearly fifty years.

"For, in the end, this book collecting passion is really about the joy of the hunt. And I am still in the hunt!" 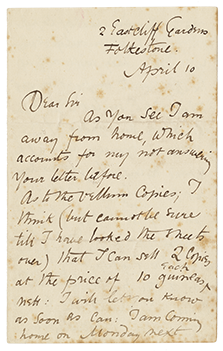 Morris was a shrewd judge of book and manuscript quality, and selective about the books he purchased. In this letter, he referred to the marked items from the catalog, declaring: "I do not care much about them except at a price." Morris sent the letter along with the annotated catalog pages to his book dealer at Quaritch's in London. 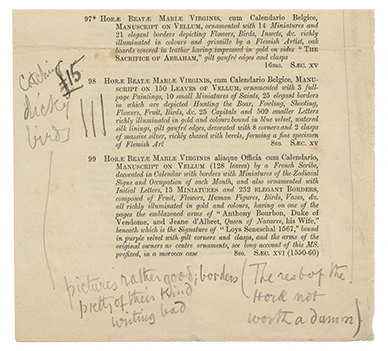 Like many collectors he annotated book auction catalogues to indicate items of interest, as he did in this 1892 Sotheby's catalog. In this excerpt, he praised the quality of the pictures and borders in Horae Beatae Mariae Virginis (item #98), a Flemish devotional book from the middle ages. However, he considered "The rest of the [Horae] not worth a damn." 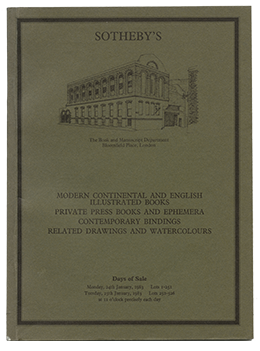 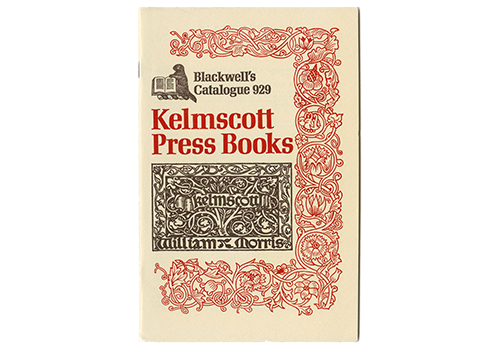 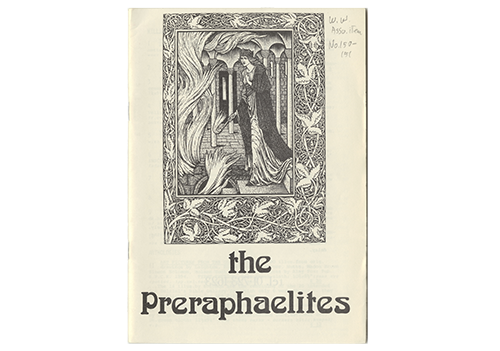 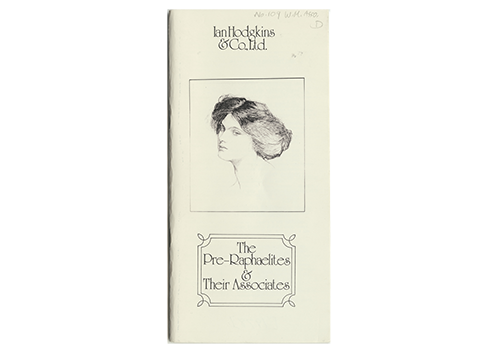 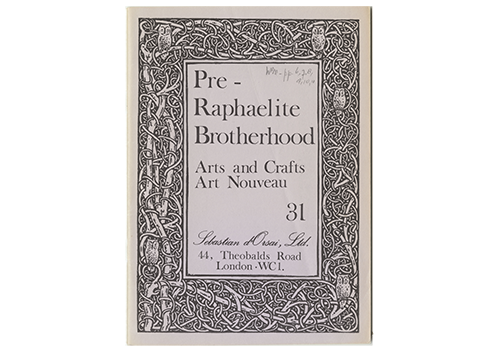 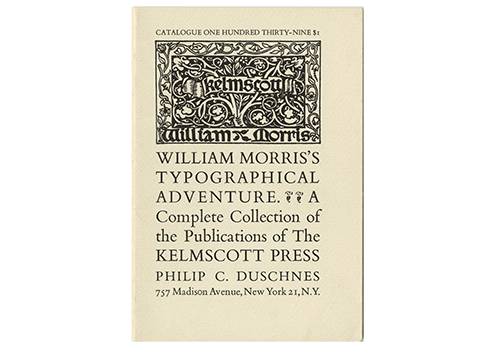 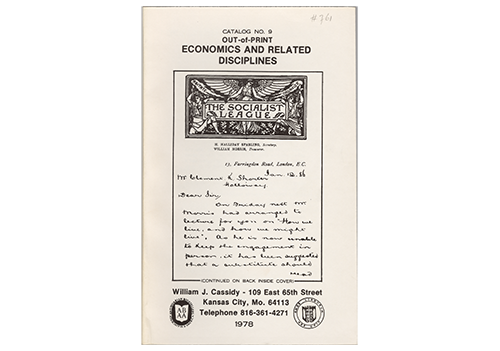 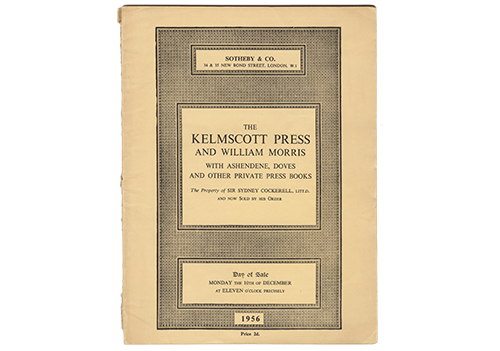 Some catalogs feature more focused collections for sale, for example, materials published at the Kelmscott Press or associated with the Pre-Raphaelites, a group of artists which included Morris, Edward Burne-Jones and Dante Gabriel Rossetti. Collectors, in our time and in Morris's, scour these sources for potential additions to their collections. 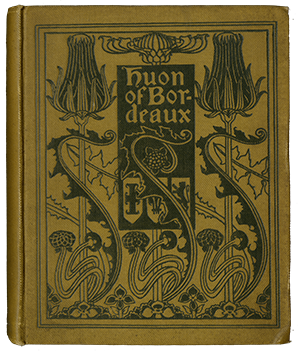 Morris  was himself a collector and built an impressive collection of medieval manuscripts and early printed works for his personal library. He also collected modern printed books such as this copy of Huon of Bordeaux, which bears his signature and unadorned bookplate. 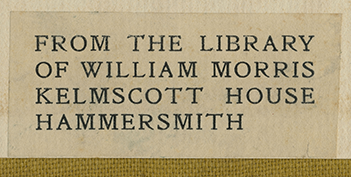 William Morris's bookplate from his copy of Huon of Bordeaux.