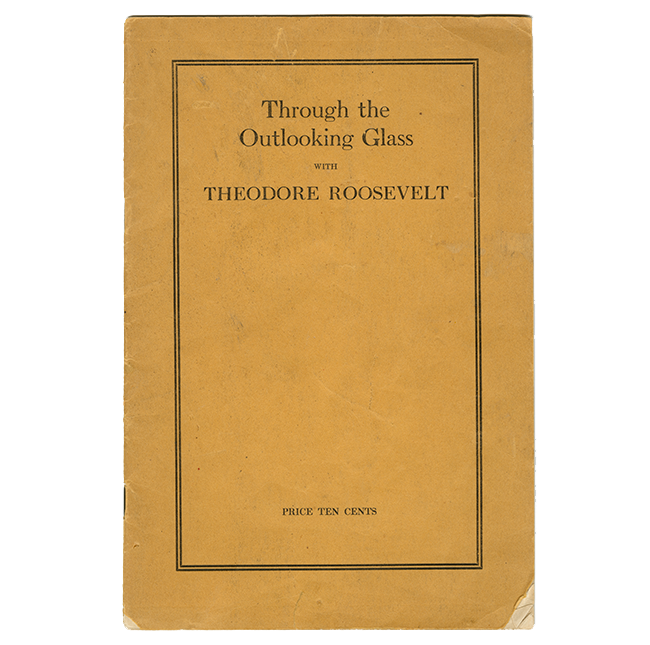 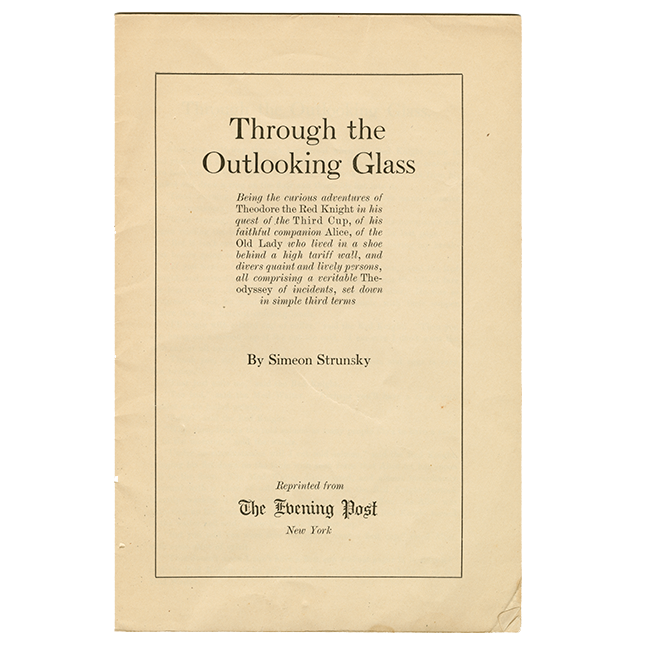 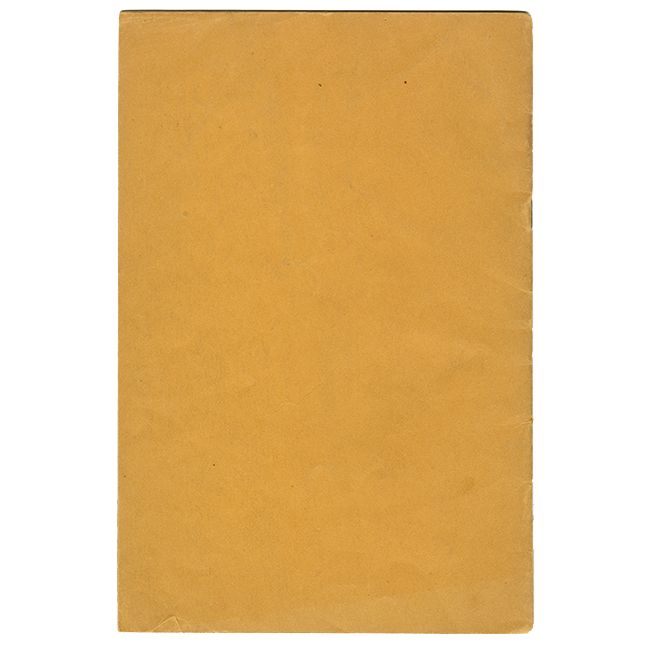 Through the Outlooking Glass with Theodore Roosevelt.

Political commentary on Theodore Roosevelt's attempt at a third term as a Progressive (Bull Moose) party candidate. Written in the form of a parody of Through the Looking-Glass, the story consists of a tedious dialogue between Alice and the hostile Red Knight (Roosevelt), somewhat relieved by verses such as this, which takes Colonel Roosevelt (as he was frequently called) to task for his slowness to break up the Harvester Trust:

The Colonel and the Harvester

Had found a shady spot.

They sorted Issues by the piece,

The dozen, and the lot.

And most of them were highly spiced,

And all were piping hot.

Simeon Strunsky (1879–1948) was a Russian immigrant who graduated from Columbia University and was a New York Evening Post editorial writer from 1906–1913.

Frankie in Wonderland : With apologies to Lewis Carroll, the originator and pre-historian of the New Deal.

This humorous pamphlet, written anonymously by investment banker Latham R. Reed, lampoons President Franklin [i.e., “Little Frankie”] D. Roosevelt and his New Deal in eight short chapters based on both Alice books. The following stanza is from the “On Our Way” chapter:

Did slyly wallace in the wave,

All ickes were the laborgoves

Brandeis, Wallace, Ickes, and Perkins were closely associated with Roosevelt’s “brain trust,” Louis Brandeis being a justice of the Supreme Court, Henry Wallace vice-president, and both Harold Ickes and Frances Perkins members of the cabinet. 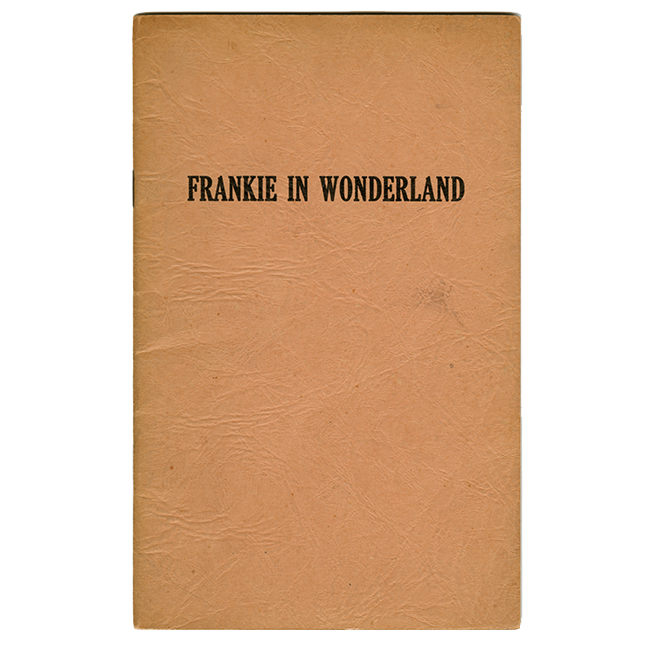 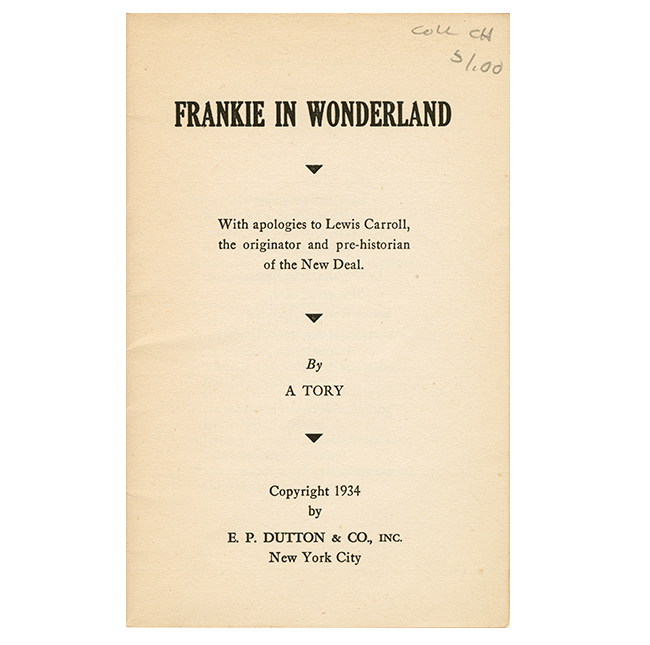 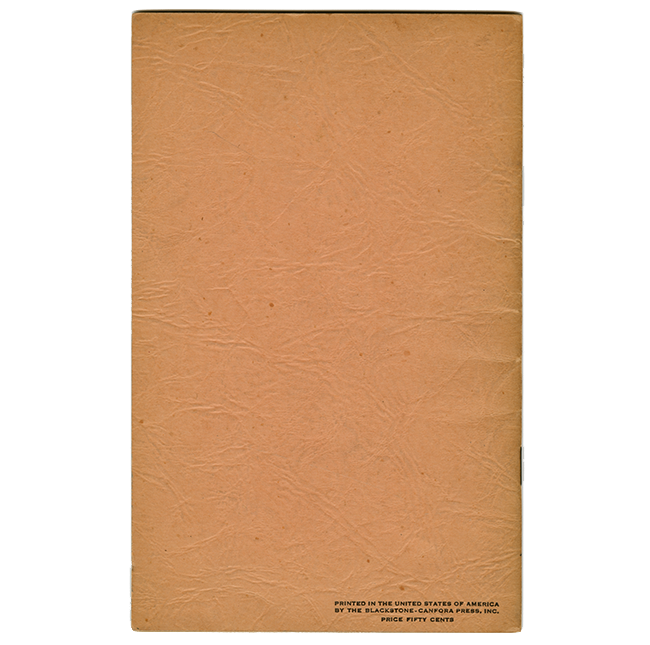