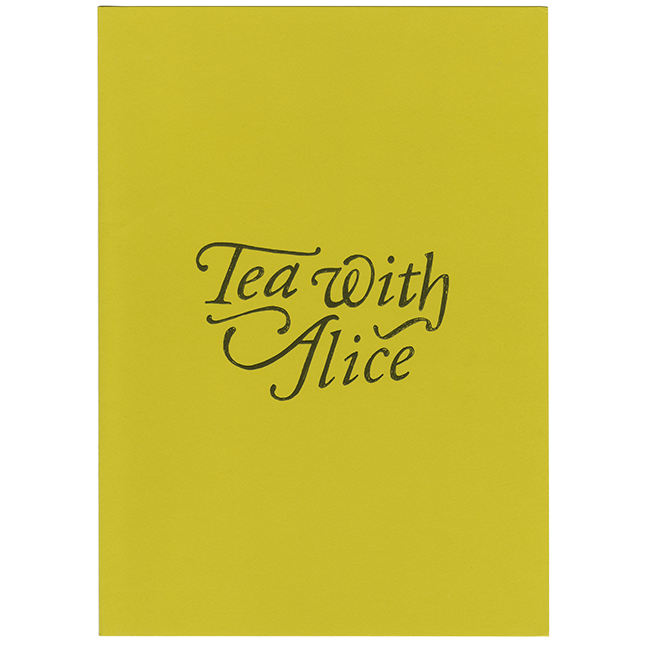 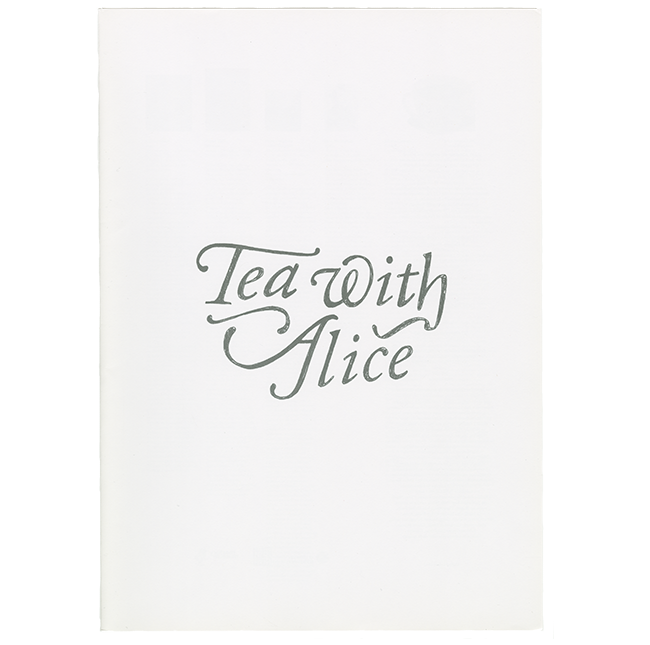 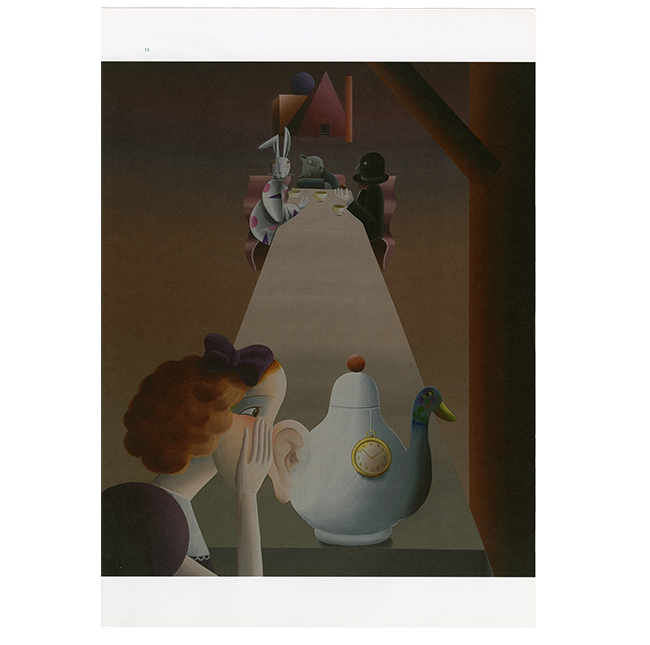 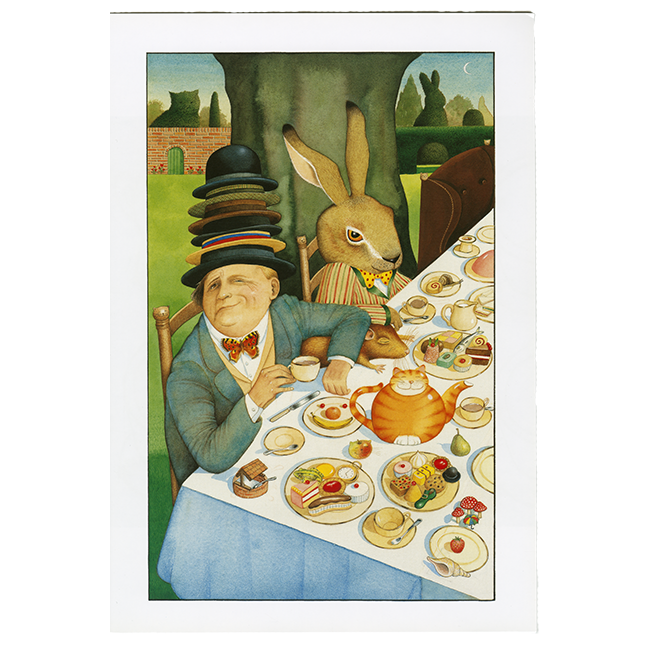 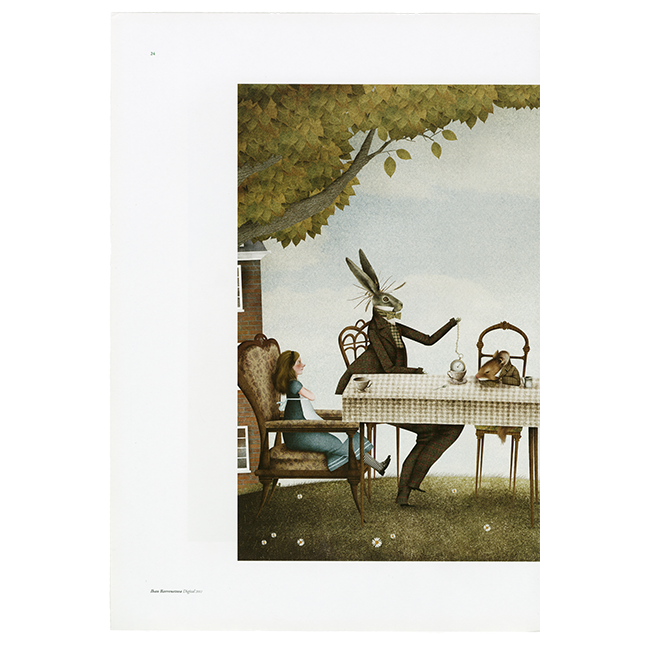 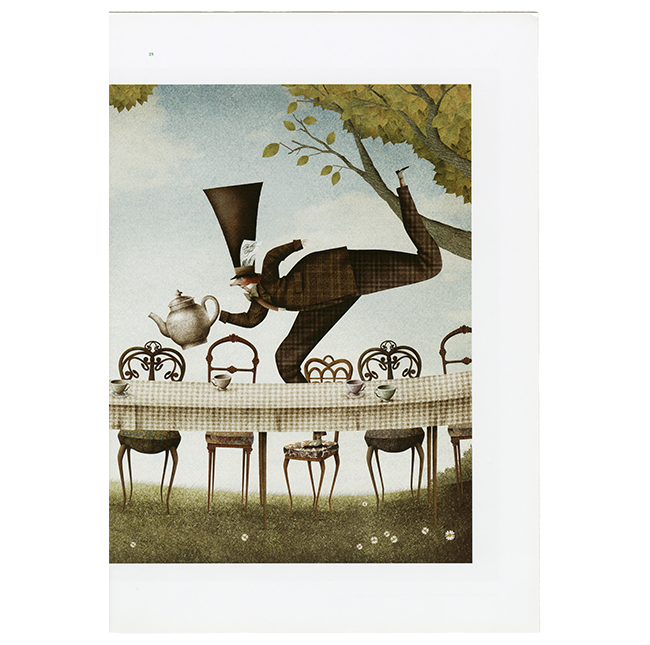 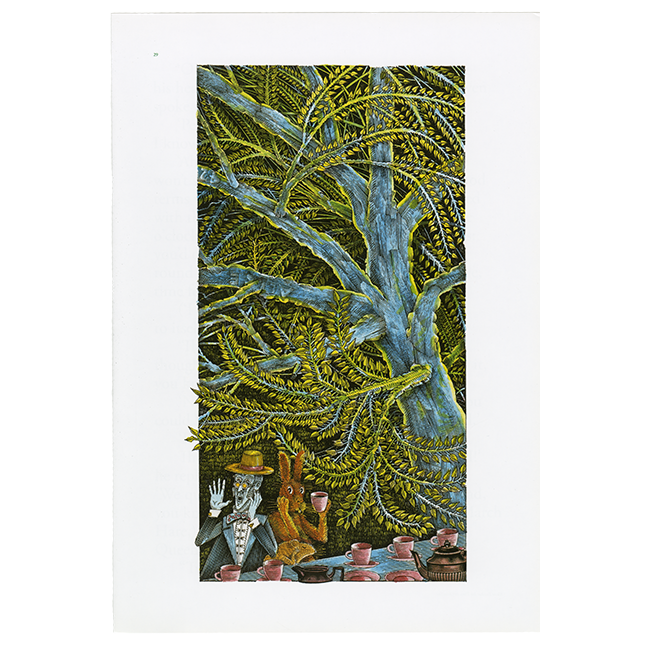 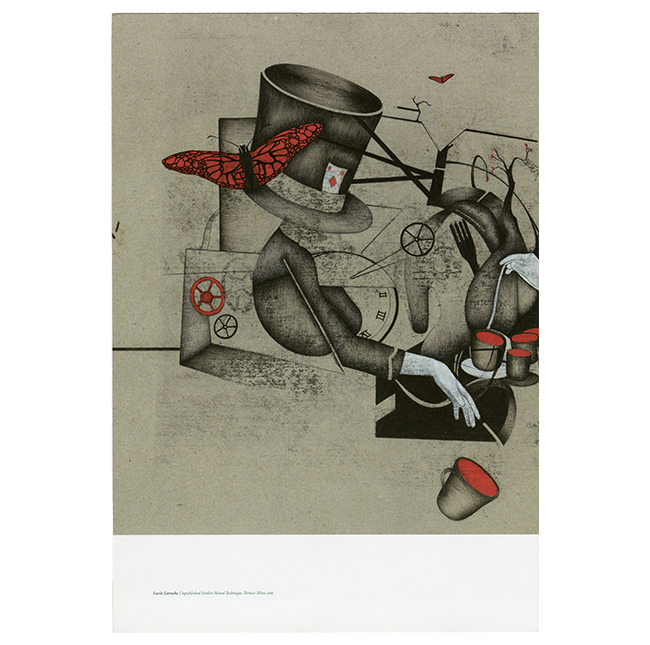 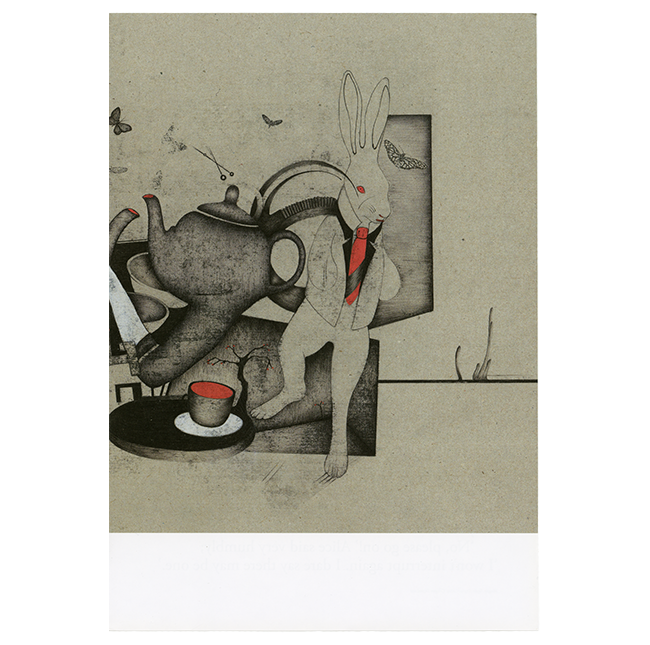 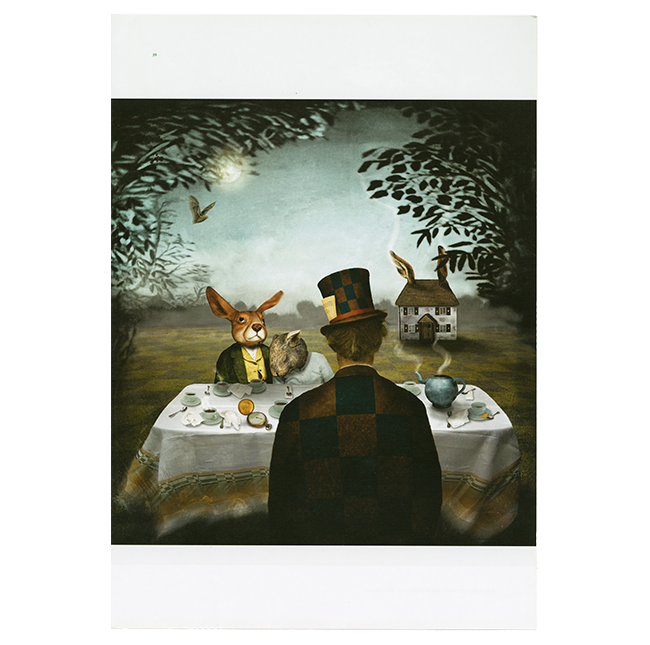 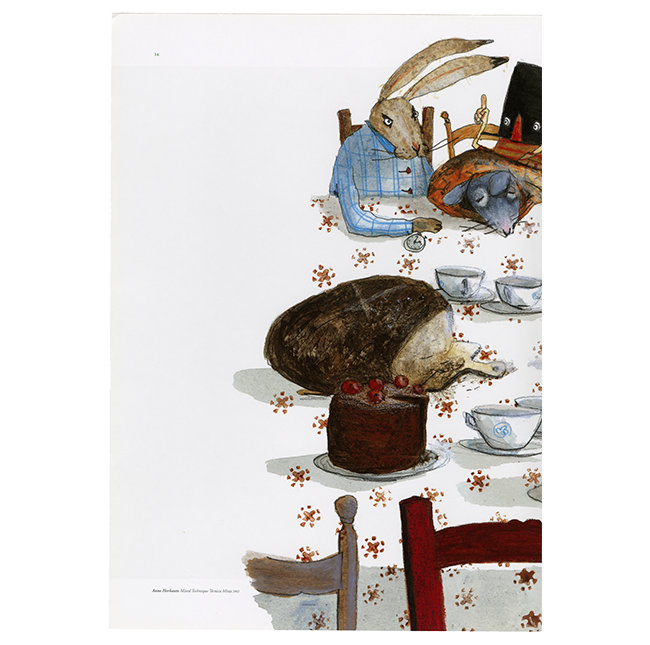 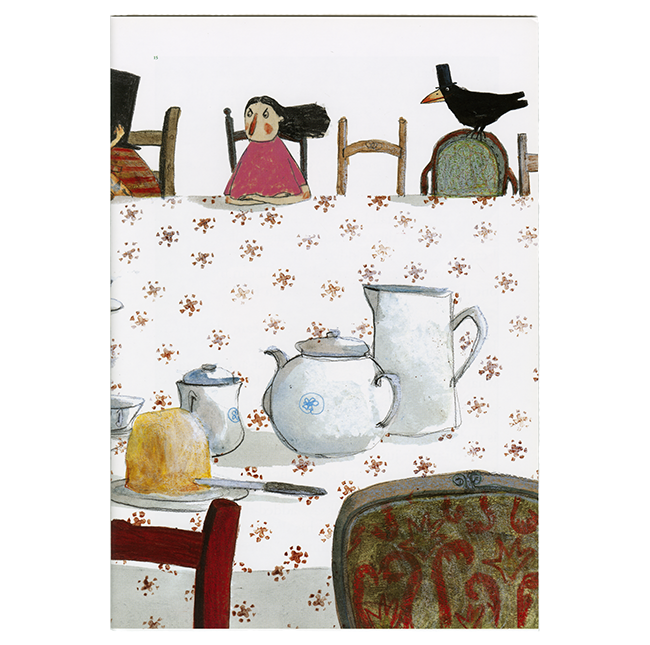 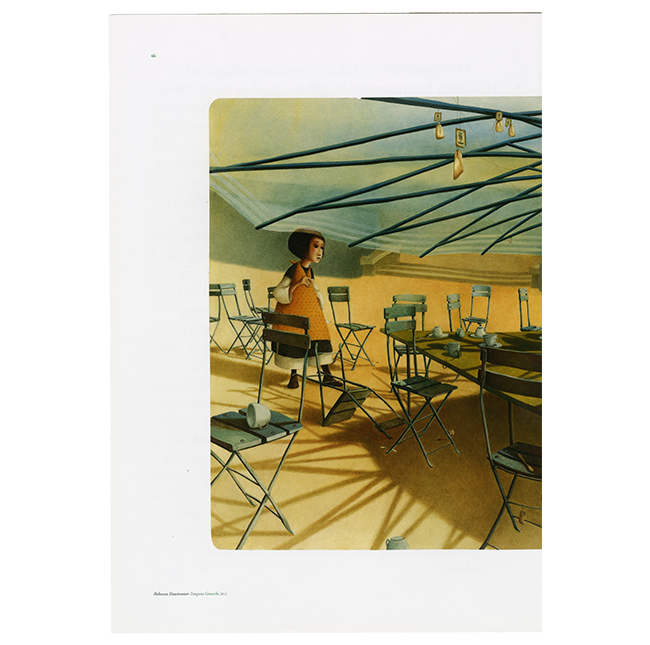 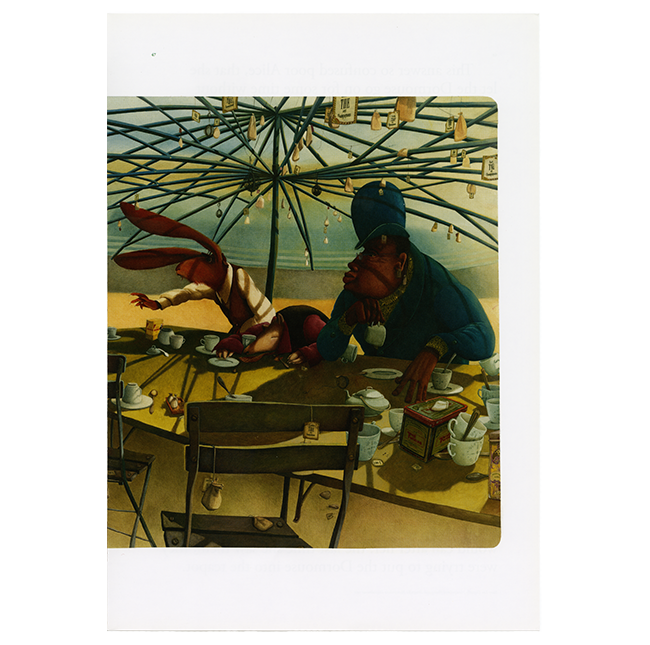 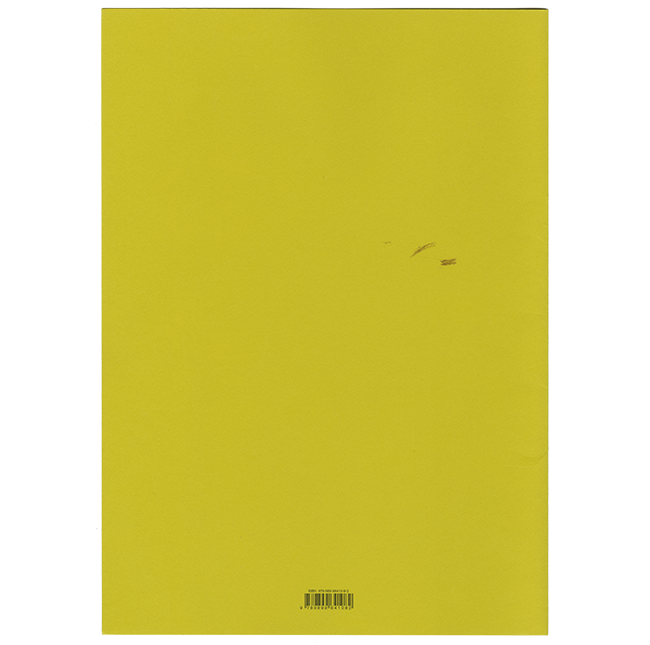 Tea with Alice: A World of Wonderland Illustration.

This is a portfolio of illustrations—most from the Mad Tea Party chapter—of Alice’s Adventures in Wonderland by 21 artists from around the world, many of which have not yet been published elsewhere. It is a bilingual (in Portuguese and English) catalog of an exhibition held in 2013 at the Oxford Story Museum in commemoration of the 150th anniversary of Lewis Carroll’s first narration of the Alice story.