Women's Diaries During the War

"A sad day of absorbing interest and distress"

As residents of a border state that remained in the Union, Marylanders harbored deeply divided loyalties. Like men, women had varying perspectives on the war and the politics of the time period. Two Maryland women, Mary Brooke Briggs Brooke (1798-1875) and Margaret "Madge" Smith Preston (1815-1895), recorded the minute details of their daily lives and their perceptions of the news of the war in their diaries. Both Brooke and Preston lived on farms and recount similar information related to domestic life. Although these two women's lives centered on the domestic sphere, they were still affected by and were aware of the events of the war. The contrasting political viewpoints in these two women's diaries illustrate the divisive nature of the war in the state of Maryland and in the nation. The differing attitudes expressed about the assassination of President Abraham Lincoln, just as the Civil War was drawing to a close in April 1865, are the most telling.

Margaret "Madge" Smith Preston also lived on a farm, Pleasant Plains, near Towson, Maryland, during the war. Preston's Catholic faith played an important part in her life and also in the life of her daughter, May Preston. Both Madge Preston, and then May, attended St. Joseph's Academy in Emmitsburg, Maryland, as young women. Madge Preston's husband, William Preston, was active in the politics of the day and was an ardent supporter of Jefferson Davis and the Confederacy. After suffering an accident in 1859, he occasionally became violent and abusive towards Madge. The Prestons owned several slaves and kept servants at both Pleasant Plains and a home in Baltimore. Madge Preston enjoyed the privileges of an upper-middle class family of the time period: education at private schools, travel to Europe, and acquaintances with prominent citizens of Baltimore. In her diaries and letters, Preston writes of her private sufferings and also demonstrates her own deep sympathies for the Confederate cause.

In addition to her private diary, Madge Preston constantly corresponded with friends and family including her daughter, May, who was away at school during the first part of the war. The first two excerpts, which are from letters to her daughter, give more vivid details about the Preston women's allegiance to the Confederacy. 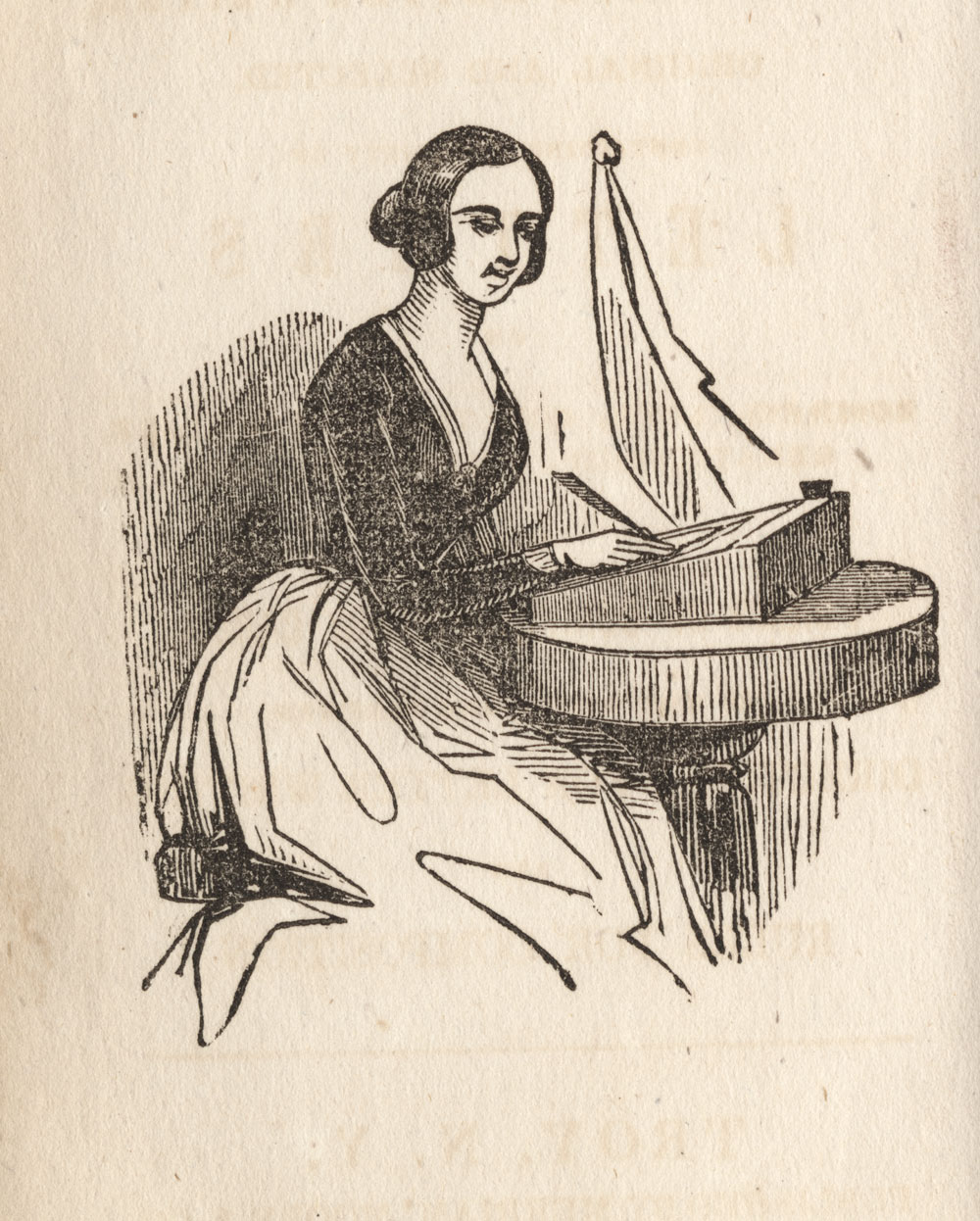 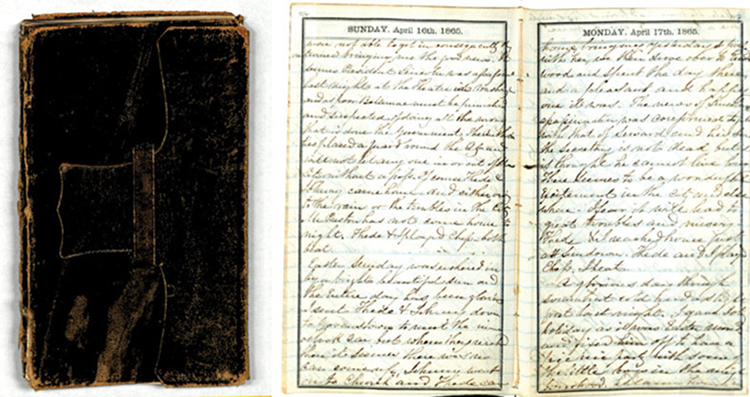 Mary Brooke Briggs Brooke lived at Falling Green, a large farm near Sandy Spring, Montgomery County, Maryland. Brooke wrote a diary in thirteen volumes between 1864 and 1875, the year she died. Her diary reveals many details about her daily life at Falling Green including gardening, visiting family and friends, attending religious meetings, and following the activities of her adult children. As part of a Quaker community which had largely emancipated its slaves in the early 1800s, the Brookes did not own slaves and opposed the practice of slavery. For this and other reasons, the Brooke family, including Mary, allied themselves with the Union cause. Mary Brooke began writing her diary on May 29, 1864, during the last year of the Civil War, when she was sixty-six years old. On the first page of the first volume she laid out her reasoning for commencing a diary.

"My memory has so failed that I have come to the conclusion that I shall be obliged to keep a Diary simply of the common daily occurrences & dates that are necessary to refer to, in all our little domestic and business affairs. As I propose to write every evening, no doubt it will abound with very minute details, which might appear unnecessary, but I often find the very little things, of great importance."

Horses belonging to Mary Brooke's son Charles were almost taken by two Confederate soldiers on July 12, 1864, after the battle of Monocacy outside of Frederick, Maryland. Brooke and her family had a brief and relatively peaceful interaction with the soldiers. Later that same day, Mary Brooke's cousin, Benjamin Hallowell, did not fare so well. In a later passage, Brooke also expresses her fears about possible invasions and raiding.

"… two rebels came dashing up the road. we did not wait long till we saw them come back with Charles's 3 work horses - Charles stayed and talked with them a while. they talked together a few minutes and one overheard the conclusion that none of these horses would answer their purpose at all. The handsome man was Captain Belton[?] from Port Tobacco Md. He said he had run away from school to join the army. Eliza said 'what a pity you did not run to the right side.' He looked at her with the brightest smile and said that he had done so."

"Charles returned this evening from Mechanicsville - a great force of rebels are concentrating round this side of Washington - but what seemed to me the most alarming news was, that Mosby was said to be in Rockville with 800 of his guerillas, of whose unspecified lawlessness I have more dread, than of anything else we could be subjected to. We heard also with sorrow & indignation of dear cousin Benjamin's treatment from some of the rebels.he was riding to Olney when he met some, who demanded his horse, on his positively refusing to give it up, they ungirted his saddle & dragged him off. He went afterwards to Bradley Johnson, who was their commander, but could obtain no redress - he said his lieutenant's horse had given out and he must have another. Oh it was hard for him to lose Andy [the horse]." 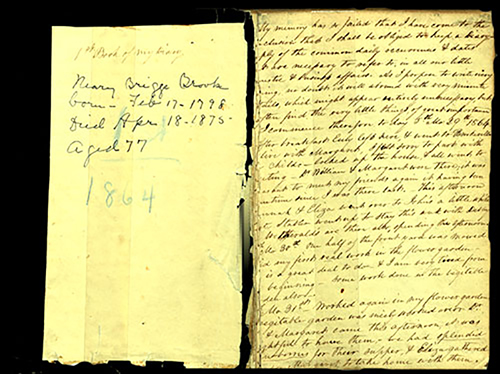 "A sad day of absorbing interest and distress, we cannot withdraw our minds one moment from the shocking calamity which has burst so suddenly upon us. Charles went to meeting - a little after 12 noon, John Stabler came from Washington, Hannah went out to hear what one could - then after dinner walked over a little while to gather more particulars of the awful catastrophe - he says, there was the most intense excitement that he ever witnessed, all day, yesterday in Washington, the whole City was draped in mourning, every yard of black material in all the stores, was sold out to furnish it, all business was stopped & men walked the streets in tears, - Seward & his son were better, & it was thought how they might recover - Johnson was inaugurated yesterday. I hope & trust he may fill the responsible office of Chief Magistrate better than has been feared."

"The paralyzing effects of the terrible event which has cast a gloomy shadow over the whole nation. I have individually & peculiarly felt, to an extent that produces anxiety & alarm, not being able to retain in my mind, the simplest idea or occurrence, many minutes together; will it wear out & I be again restored to what I was before this shock? Oh, I hope so, for greatly impaired as my memory has long been, it would be terrible to know, that my present state of obliviousness would continue." 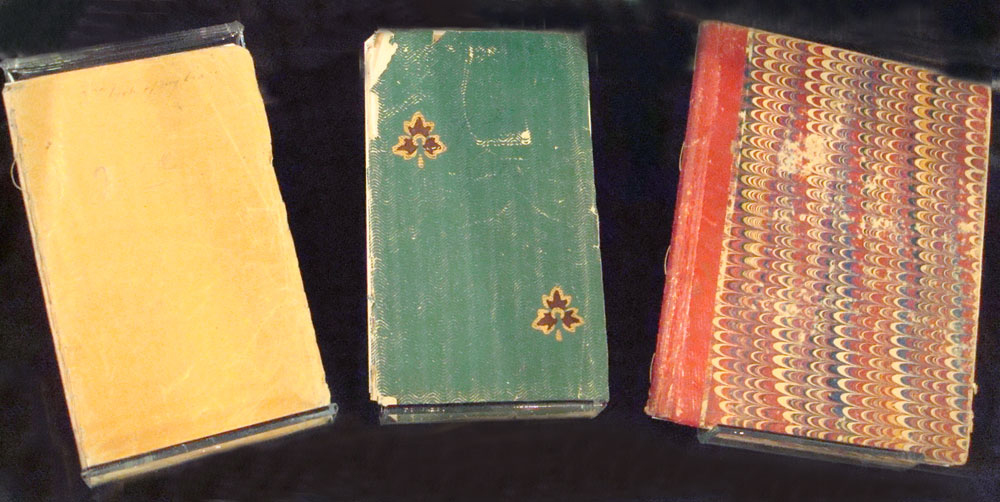 Both Mary Brooke and Madge Preston continued to keep diaries well after the CivilWar had ended. Each woman preferred different styles of diary books.