In April 1861, Maryland native John Ryder Randall read the news about the uprising in Baltimore and of the firrst bloodshed of the Civil War. A secessionist living in Louisiana, Randall quickly wrote a poem in support of Maryland and the Confederacy. "My Maryland" was published in several newspapers, and by May 1861, had made its way to Maryland. In Baltimore, society sisters Hetty and Jennie Cary read Randall's poem and decided to set it to music. They chose the tune "O Tannenbaum" and modified the wording of the poem slightly. "Maryland, My Maryland" quickly became a rallying cry for secessionist Marylanders and Confederates alike.

Though Randall wrote the poem, it was the Cary sisters who ensured the popularity and longevity of the piece by setting it to a well-known tune. During and after the war, women emerged as composers, singers, and arrangers of popular music, often stating their authorship outright on the covers of music scores. Before the war, women composers went largely unacknowledged and female authorship was indicated on music covers as merely by "A Lady." Women who wished to contribute to the war effort and demonstrate their patriotism found an opportunity to do so by printing their names on their compositions.

The Cary sisters, however, are not named on the original sheet music of "Maryland, My Maryland," and neither is Randall. This omission could have had less to do with gender issues, and more to do with the precarious position of secessionists in Maryland, for whom anonymity meant greater safety. The "C.E." credited on the cover refers to Charles Ellerbrock, who edited and arranged this version of the song.

Not to be outdone, Unionists published their own version of "Maryland, My Maryland" the following year, keeping the same tune and structure, but modifying the words to support the Northern cause. Interestingly, it was the Confederate version that was adopted in 1939 as Maryland's offcial state song. Though there have been several efforts to replace the song with less divisive lyrics, the original version popularized by the Cary sisters remains Maryland's offcial state song. 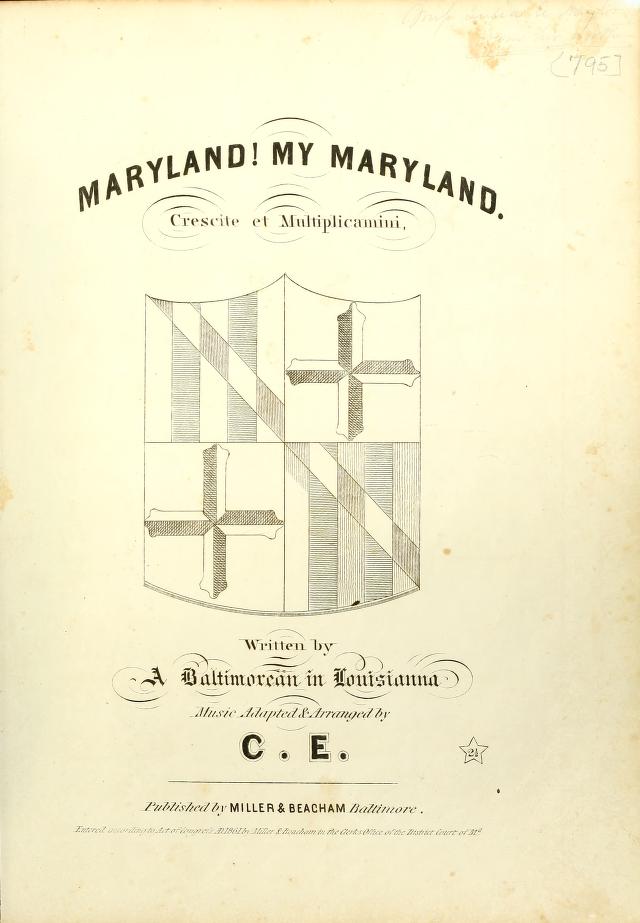 The covers and the lyrics to each version of "Maryland, My Maryland" clearly reveal their authors' allegiances. Both versions also use extensive gender imagery to portray the character and plight of the state of Maryland. The Confederate version of the song remains Maryland's official state song. 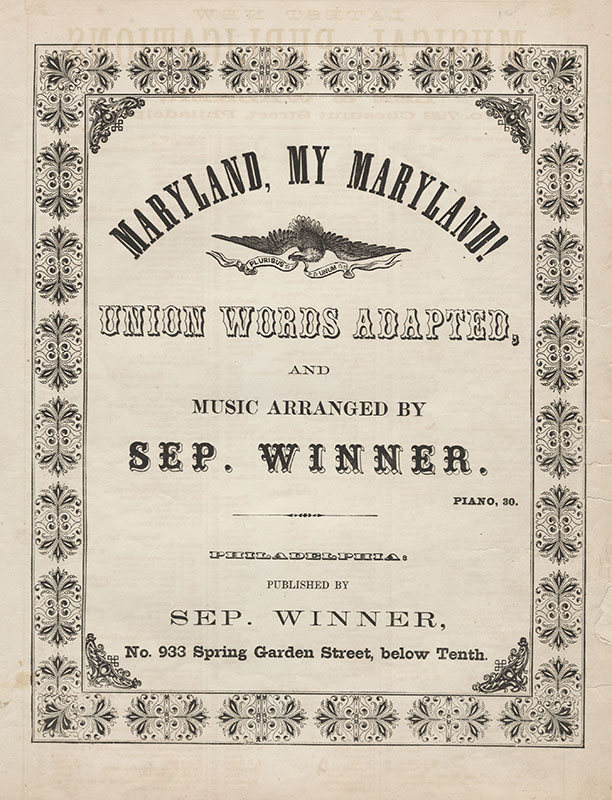 The Union version of the song did not achieve as much popularity as the Confederate version. 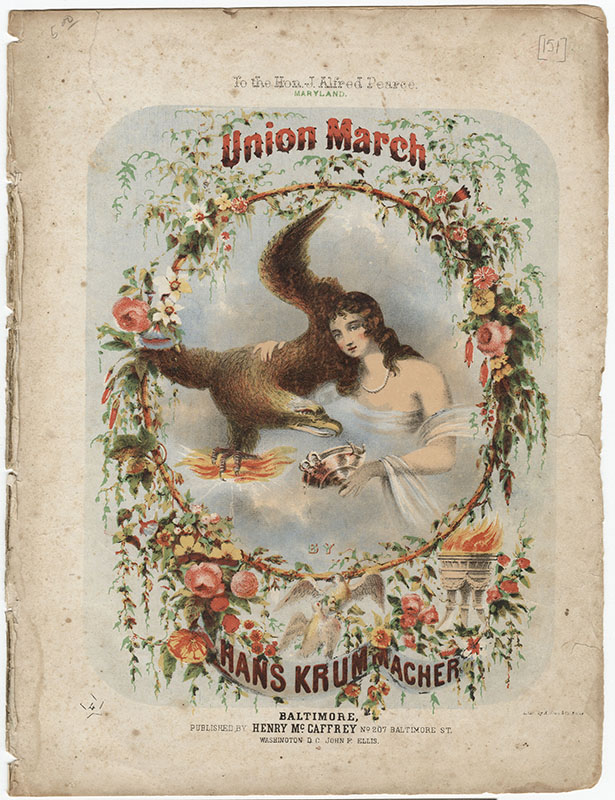 Sheet music, like other popular publications, portrayed many different versions of femininity. The covers of these war-time compositions show women as composers, performers, defenders of liberty, devoted mothers, faithful wives, and romantic distractions. Images of the "ideal woman" were even more varied than were Marylanders' allegiances. 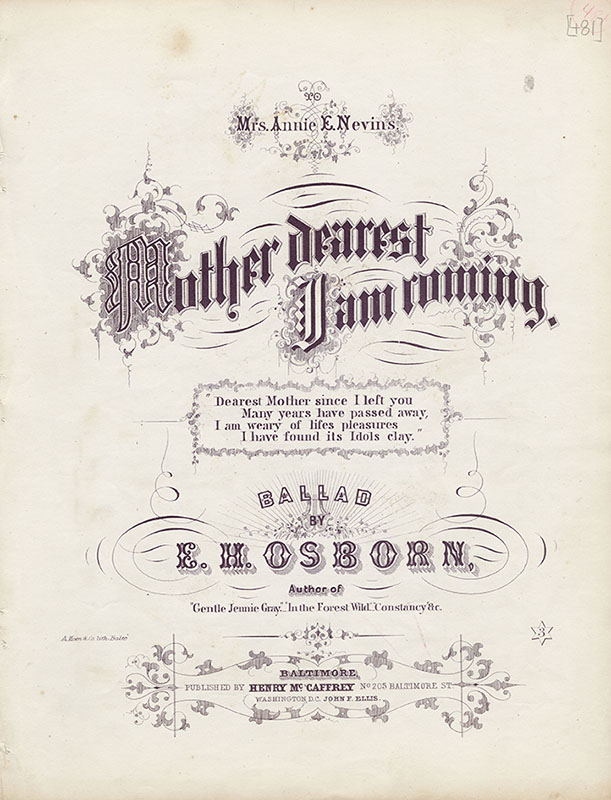 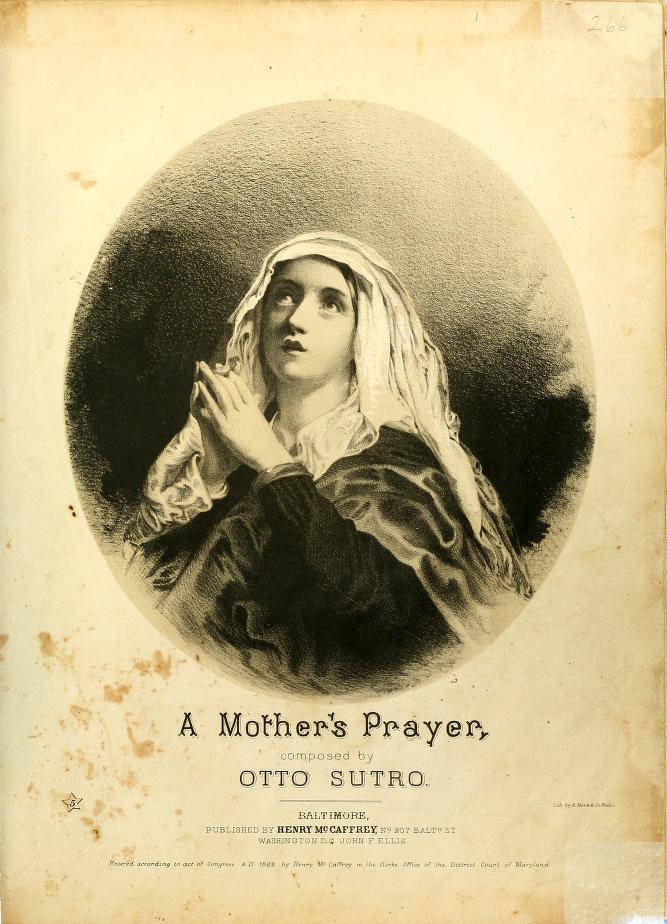 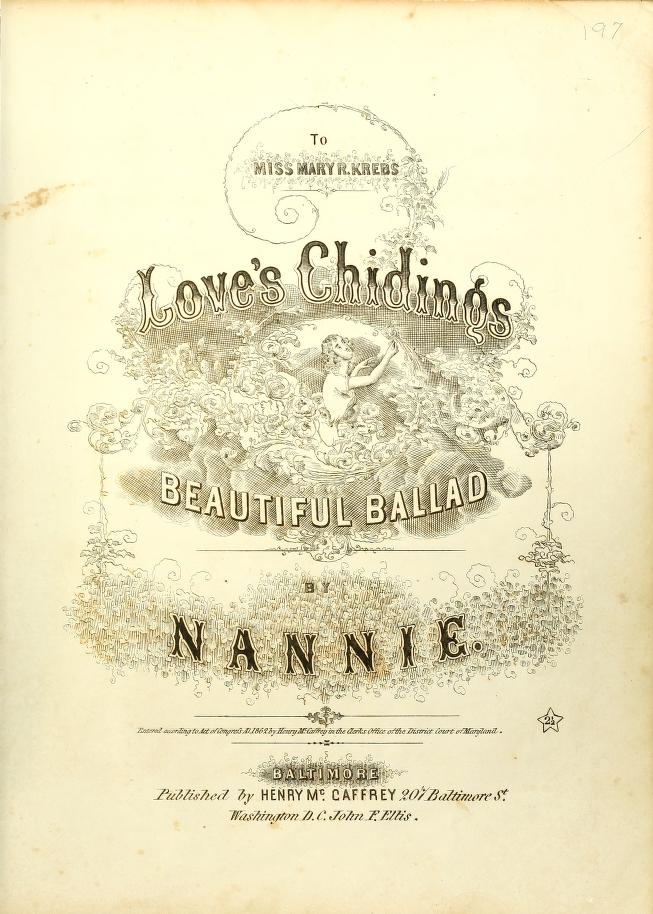 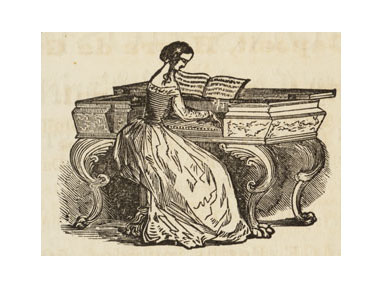 Sheet music can be a useful primary source for historical researchers. Cover illustrations, dedications, authorship statements, and lyrics can all reveal important information about a particular time period, event, or artist. During the Civil War, Southerners viewed the publication of sheet music, as well as of magazines, newspapers, and books, as an important form of patriotism, one which could wean the Confederacy and its border states from a dependence on Northern publications. Understanding the context in which these songs were written and published is crucial to analyzing them.