As residents of a slaveholding state bordering the Confederacy, Marylanders had complex allegiances. Though they could not enlist, women championed the causes of both North and South through political activism, charitable organizations, and fundraising.

An "Appeal for Peace" from the "Women of Maryland" to Union army General-in-Chief Winfield Scott, dated July 4, 1861, was a plea to end the conflict before much bloodshed occurred. Ironically, this appeal was dated the same day President Lincoln secured a twenty five percent Congressional increase in both funding and troop levels in support of the Union cause. Though they "claim, to know no distinction in party broils," the "Women of Maryland" who authored this broadside displayed clear Confederate sympathies in their appeal. By exalting the "good and noble" Confederate General Robert E. Lee, as well as P.G.T. Beauregard and Joseph E. Johnston, the "Women of Maryland" championed peace as a way to preserve states' rights and to uphold a non-coercion policy for those states that wished to secede.

Clearly, the "Appeal for Peace" broadside represented the views of only some of the "Women of Maryland," as this 1862 letter written by the Loyal Ladies of Cambridge, Dorchester County, Maryland, indicates. Addressed to Frederick Law Olmsted, Executive Secretary of the United States Sanitary Commission, the letter accompanied items for the "sick and wounded soldiers," including clothing, bedding, and soap. Northern women were involved with the work of the United States Sanitary Commission, which President Lincoln created in 1861 to coordinate volunteer efforts, especially in assisting sick and wounded soldiers, during the war. Local "Loyal Ladies" groups arose throughout the North soon after war broke out, and in 1863, the Women's National Loyal League was formed to unify women's war efforts, promote the abolition of slavery, and later, to agitate for women's rights. 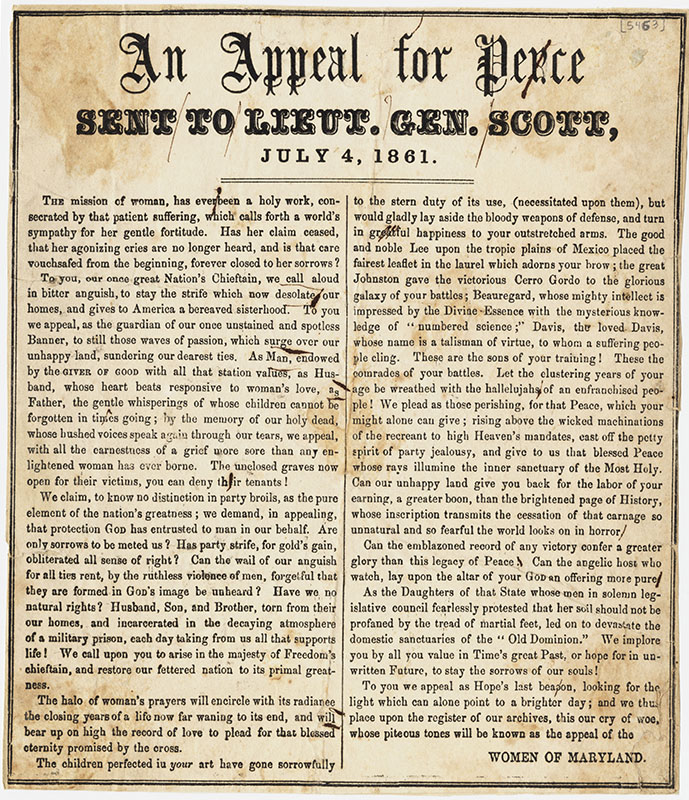 "Appeal for Peace" broadside from the "Women of Maryland," July 4, 1861. The wording of the broadside indicates that these women had strong Confederate sympathies. 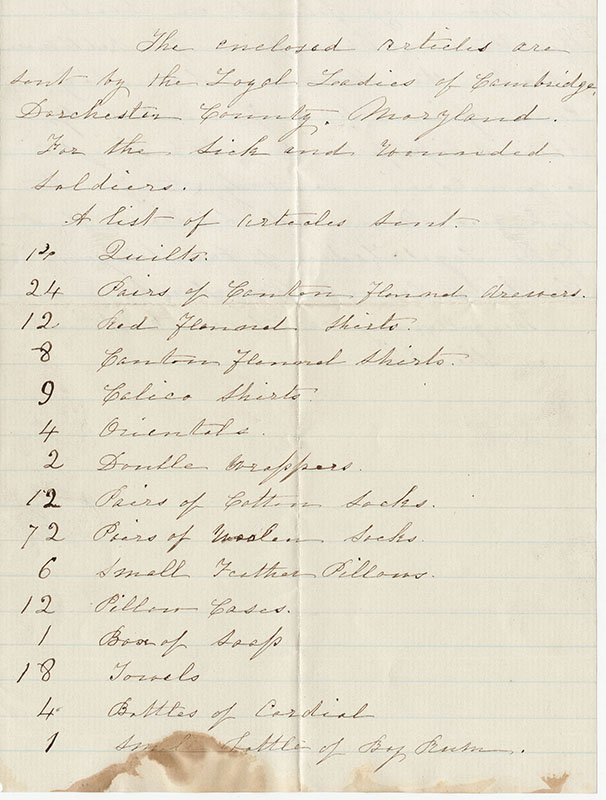 Loyal Ladies of Cambridge letter to Frederick Law Olmsted, March 10, 1862, with a list of items for solider relief. 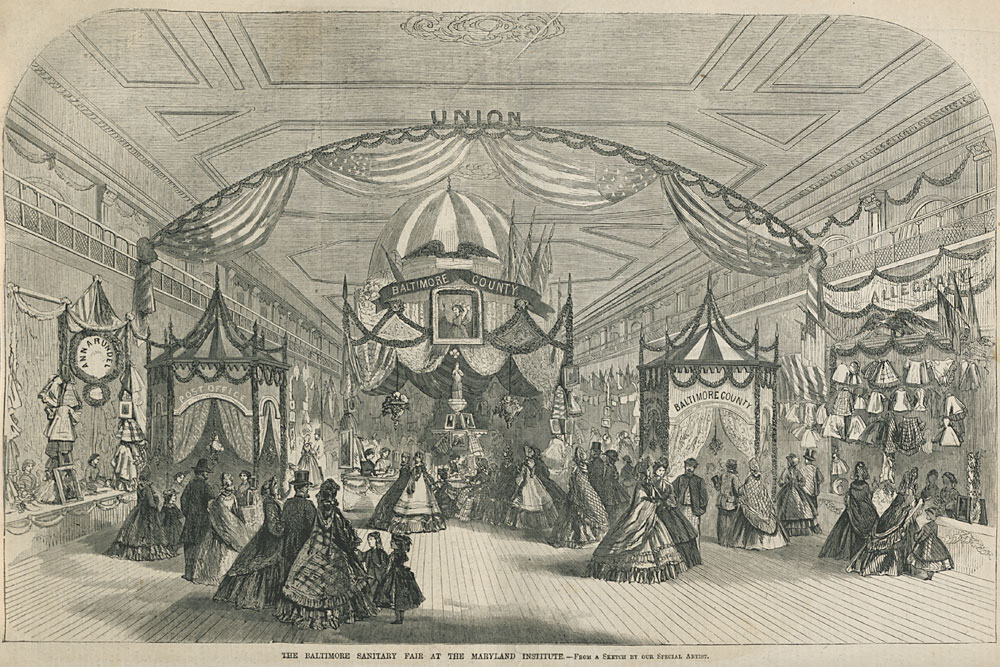 This newspaper illustration depicts women and their families visiting the State Fair for U.S. Soldier Relief - popularly known as the Baltimore Sanitary Fair - in 1864. Throughout the Union, women organized sanitary fairs to raise money and gather materials for the Union cause. Maryland women organized a successful fair in Baltimore in 1864. While the fair's primary goal was to raise money for the U.S. Sanitary Commission, it was also a public statement that the residents of Maryland were loyal to the Union. President Lincoln, acknowledging the importance of demonstrating Maryland's allegiance, spoke at the fair's opening. After the war, the Ladies' Southern Relief Association held a similar fair in Baltimore in April 1866 to assist Maryland and other southern states in recovering from the devastation of war. 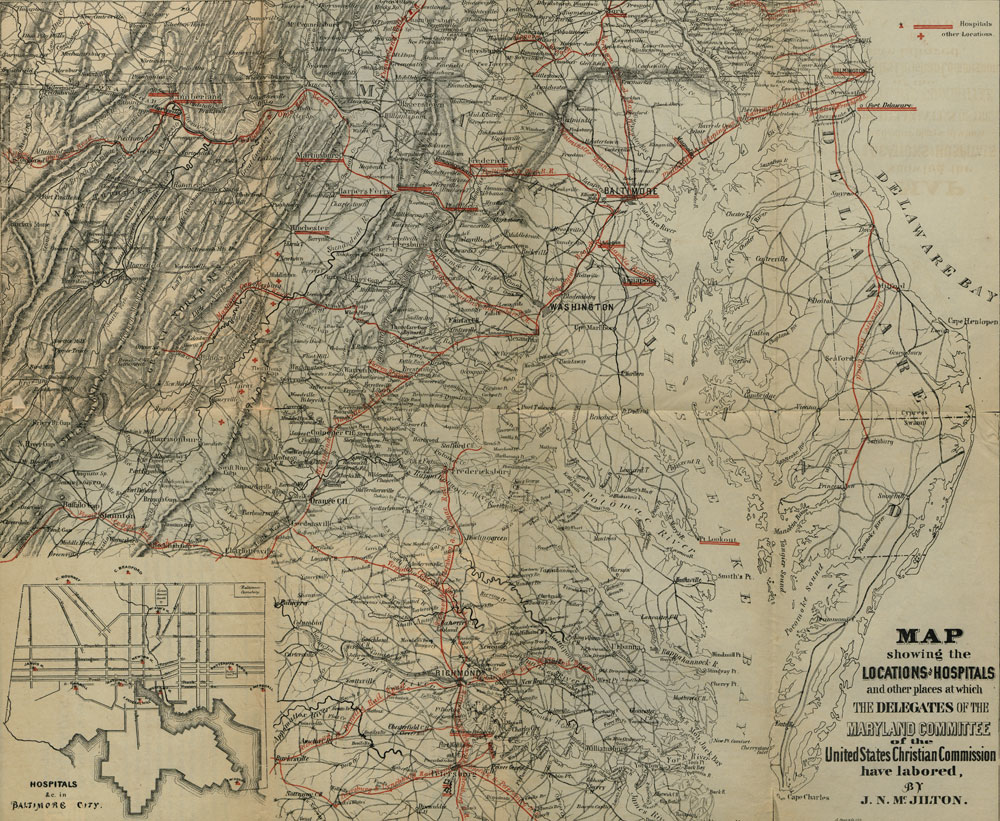 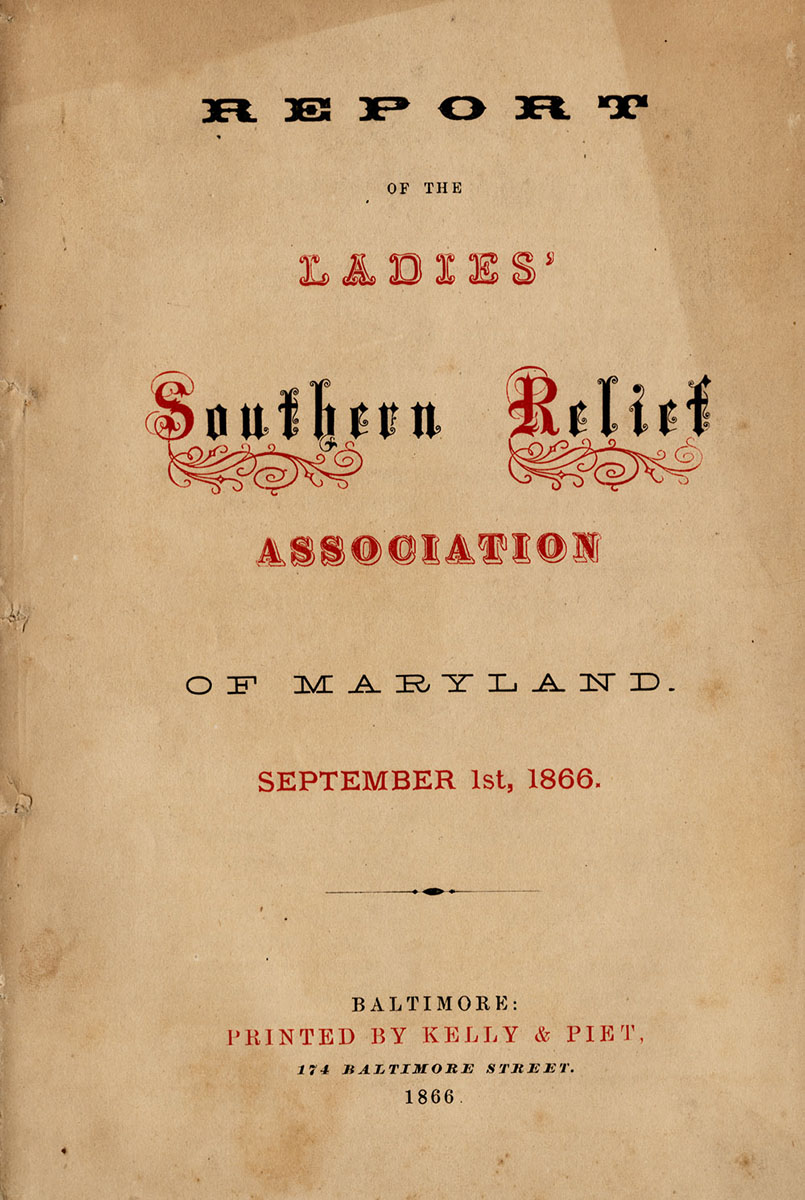 Maryland women with Confederate loyalties also held fundraising fairs. In this post-war report from the Ladies' Southern Relief Association of Maryland, organizers of a Baltimore fair discuss Maryland's relative "wealth" compared to that of the devastated South.

Interpreting primary sources often requires researchers to read between the lines. Upon first glance, the "Appeal for Peace" may seem as though it is just that - a plea to avert the bloodshed of war. Reading the document more closely, however, reveals the authors' strong allegiances to the Southern cause. Understanding the historical events and figures that the authors refer to provides the key to understanding the authors' true intentions. Robert E. Lee, Jefferson Davis, and other Confederate leaders are celebrated in this document. The authors' wish for peace is a call to support the Confederacy and states' rights, including the perpetuation of slavery.

"...the unladylike and outrageous manner"

Some women, including Matilda "Tillie" Sterling, accompanied their husbands to Civil War military installations, rather than staying at home or living with family. One such military installation was the Maryland state capital of Annapolis, which was permanently under the control of Federal troops during the war. Annapolis and environs served as a training center for Union troops and as a camp for paroled Union soldiers.

Matilda "Tillie" Louisa Farquhar (1841-1920) married William Henry Sterling (1828-1918) on October 1, 1861, in Philadelphia at the home of her mother, Anna Virginia Farquhar. William had enlisted in the Union Army six months before their marriage and was assigned to recruiting service. During his military career, William lived in various places throughout the country. From February 1863 to February 1864, he was stationed in Annapolis, Maryland, and Tillie accompanied him to his post there. During her stay in Annapolis, Tillie had the opportunity to witness and comment on everyday life in Annapolis, especially the city's social scene. Tillie wrote numerous letters to her mother in Philadelphia that contribute to our understanding of Maryland's divided loyalties and the various ways that women in Maryland reacted to the war.

Readers will note that Tillie was staunchly pro-Union in her letters. She compared women's rebellious actions in Annapolis to those of Baltimore women and used the familiar term "secesh" to refer to persons with secessionist sentiments. Her most interesting news tidbit for her mother concerns the engagements of two women who are sisters, but have chosen beaux from opposite sides of the conflict. 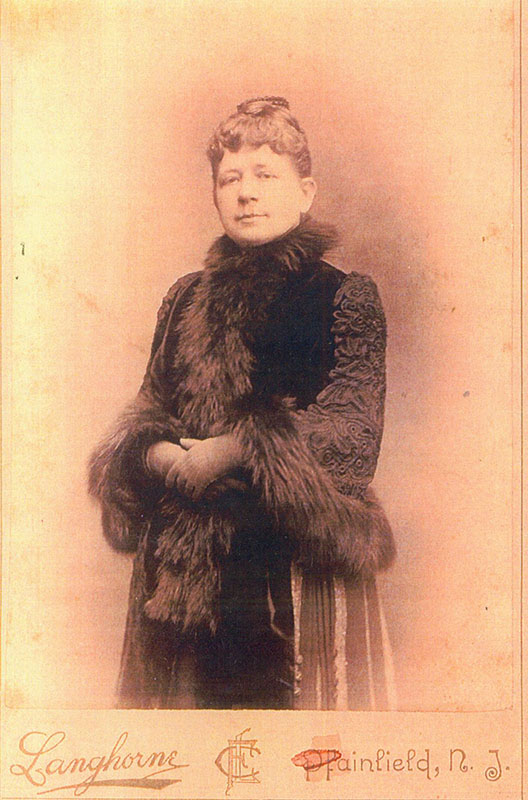 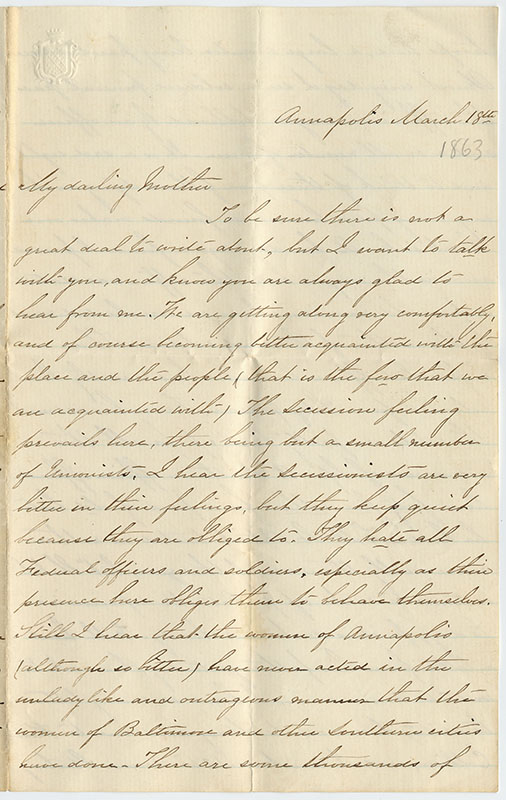 Mathilda Sterling Letter, March 18, 1863 to her motherwhere she discusses her life in Annapolis and her observations of Annapolis women.
Sterling Family Papers, Special Collections, University of Maryland Libraries. The March 18, 1863, letter can be found on pages 16-19 in the digital document viewer.

"The secession feeling prevails here, there being but a small number of Unionists. I hear that secessionists are very bitter in their feelings, but they keep quiet because they are obliged to. They hate all Federal officers and soldiers, especially as their presence here obliges them to behave themselves. Still I hear that the women of Annapolis (although so bitter) have never acted in the unladylike and outrageous manner that the women of Baltimore and the Southern cities have done. There are some thousands of troops here, a large number being paroled men. Almost- every day I see a soldier's funeral pass, the coffin in a wagon, followed by an officer and a small number of men. It is a sad sight, and to think of these poor fellows dying in this way away from home and friends makes one heart sick. A few days ago a funeral passed, and in the wagon near the coffin was seated a poor old woman, whom we concluded must be the mother of the dead soldier."

"I tried the piano here yesterday, it is considerably out of tune and therefore not pleasant to sing with, but it is better than none - I sang a little for Mrs. Green last evening. She is quite a pleasant woman but I am not-inclined to like any one who is the least - 'secesh' - However she is very quiet about it, and I think too lady-like to express any offensive sentiments, whatever she may feel. One of her daughters (Miss Alice Green) professes to be a Unionist; and Mrs. Waite tells me she is engaged to a Federal officer. The other one is engaged to a rebel officer, so you can judge what her sentiments are. I do not think that their feelings can be very violent, for differing in opinions as they profess to, they seem to be perfectly friendly to each other, and such would scarcely be the case if they felt very bitterly."

Family papers collections, such as the Sterling Family Papers, often require extensive background research in order to discover information about family members. Census records, pension files, birth certificates, and other public documents can be used to trace basic family information, such as birth, marriage, and death dates, that is not found in the family correspondence. Manuscript curators perform historical research and use the background information that they uncover to write historical and biographical notes as part of their work in creating guides or "finding aids" to manuscript collections. These "finding aids" assist historians and other researchers in navigating their way through a collection.