Women’s Suffrage Outside the United States

Some American suffragists were directly influenced by the suffragettes in England. They also formed international partnerships, such as the International Alliance of Women, established in 1904 by a coalition of women suffrage leaders from Germany, the United States, and England.

The demand for women’s suffrage continued to spread across the globe throughout the 20th and 21st century. Cultural and political differences shaped suffrage movements in each country, but the goal remained the same: secure women’s access to the ballot.

Explore items from our collection related to suffrage in Japan, England and Central America. 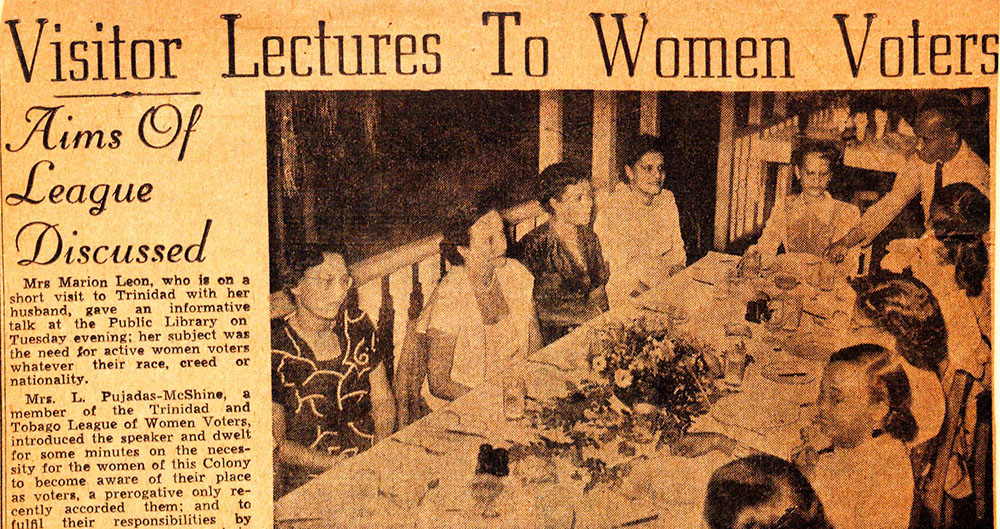 From the late 19th century through the first decades of the 20th century, Japanese female activists were passionately involved in the women's suffrage movement. Japanese women, however, did not gain the right to vote until December 1945. Over 13 million women voted for the first time in the House of Representatives general election in April 1946, and 39 women were elected. (Source: Center Equality Bureau Cabinet Office)

In these Kyodo News Agency photographs, women carrying children on their backs are seen voting in the House of Representatives general election on January 23, 1949. 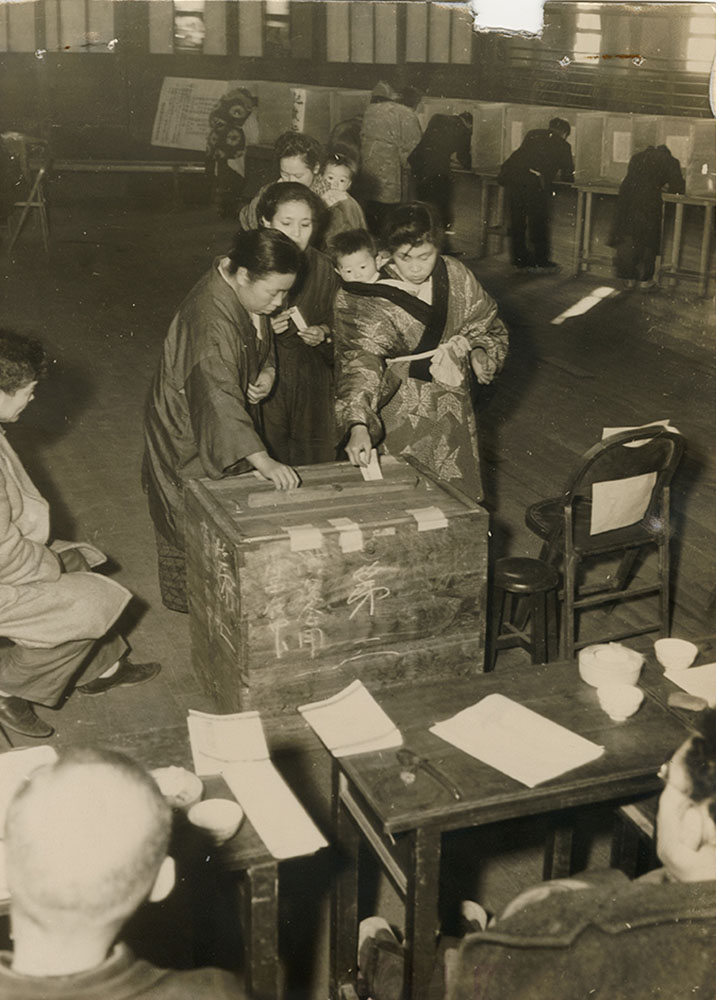 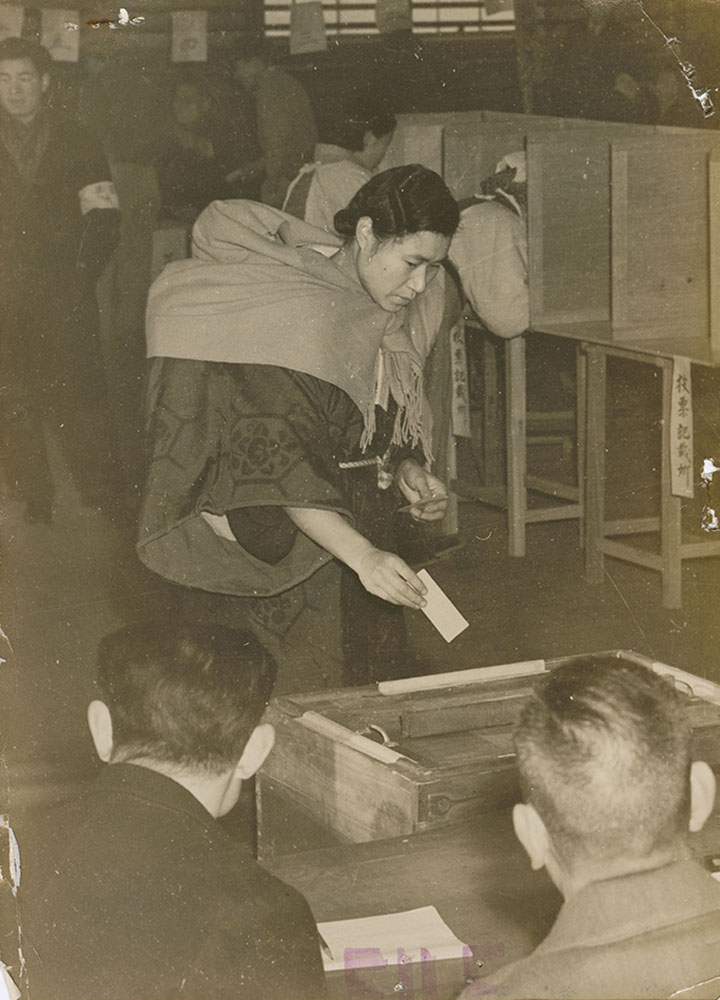 American women suffragists across the decades long struggle for voting rights for women, were inspired by English abolitionists and “suffragettes”. Alice Paul, attributed with initiating the third and most militant phase of the American woman suffrage movement, was inspired by the suffragette’s militancy, which she witnessed firsthand overseas.

A vindication of the rights of woman: with strictures on political and moral subjects
by Mary Wollstonecraft
Boston : Peter Edes for Thomas and Andrews, 1796
Rare Books collection 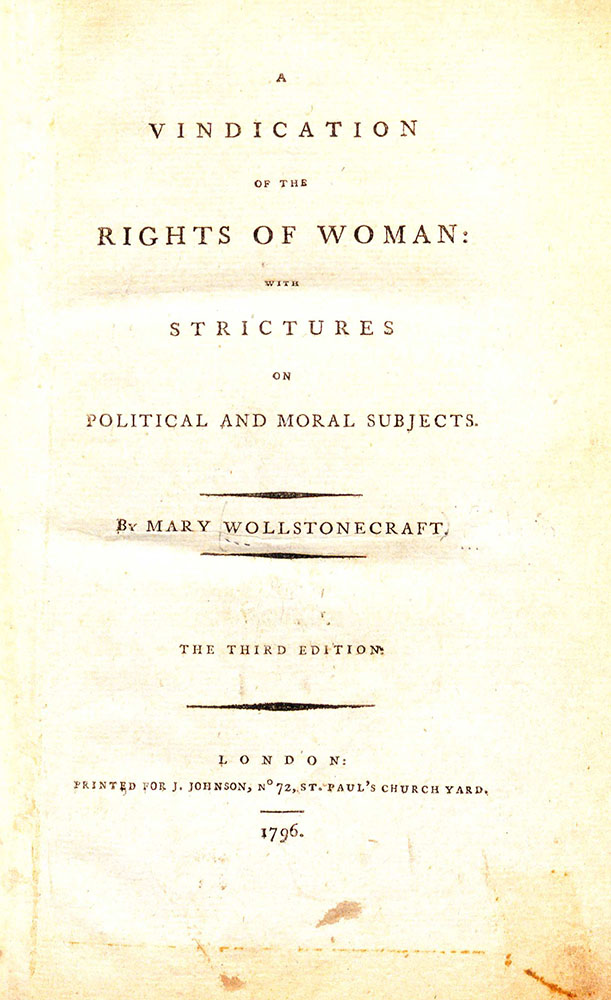 Published in 1792, this early feminist text argued women are entitled to education and to the same rights as men. While radical for its time, Wollstonecraft did not push for equal rights between men in women. This text inspired many suffrage activists in England and in America. 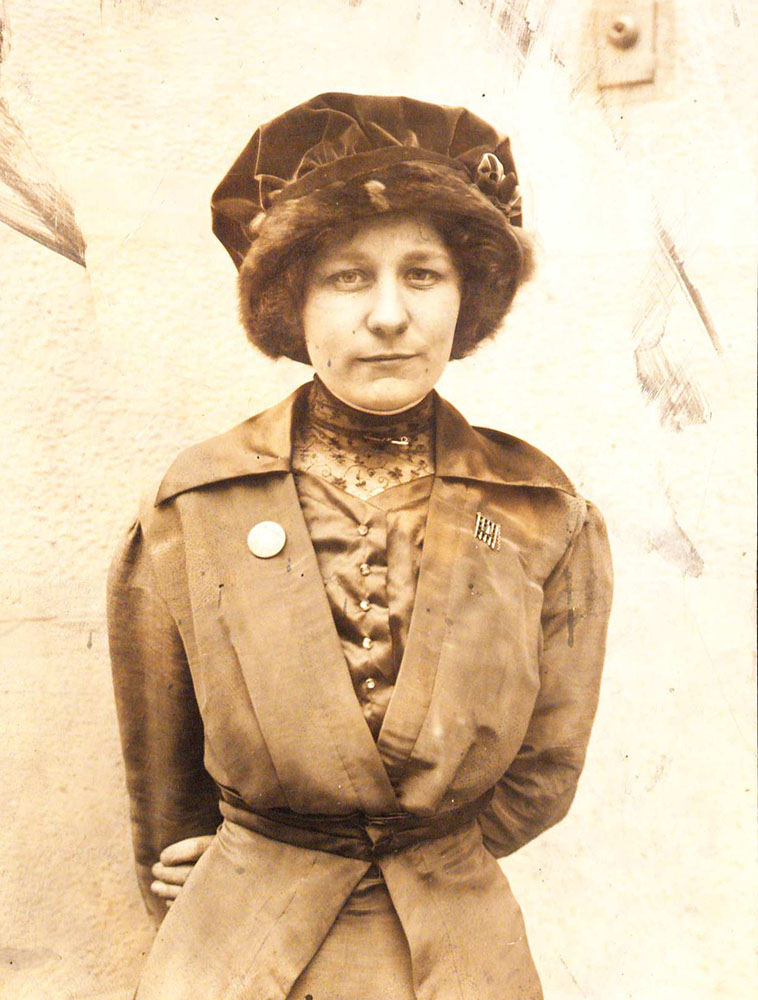 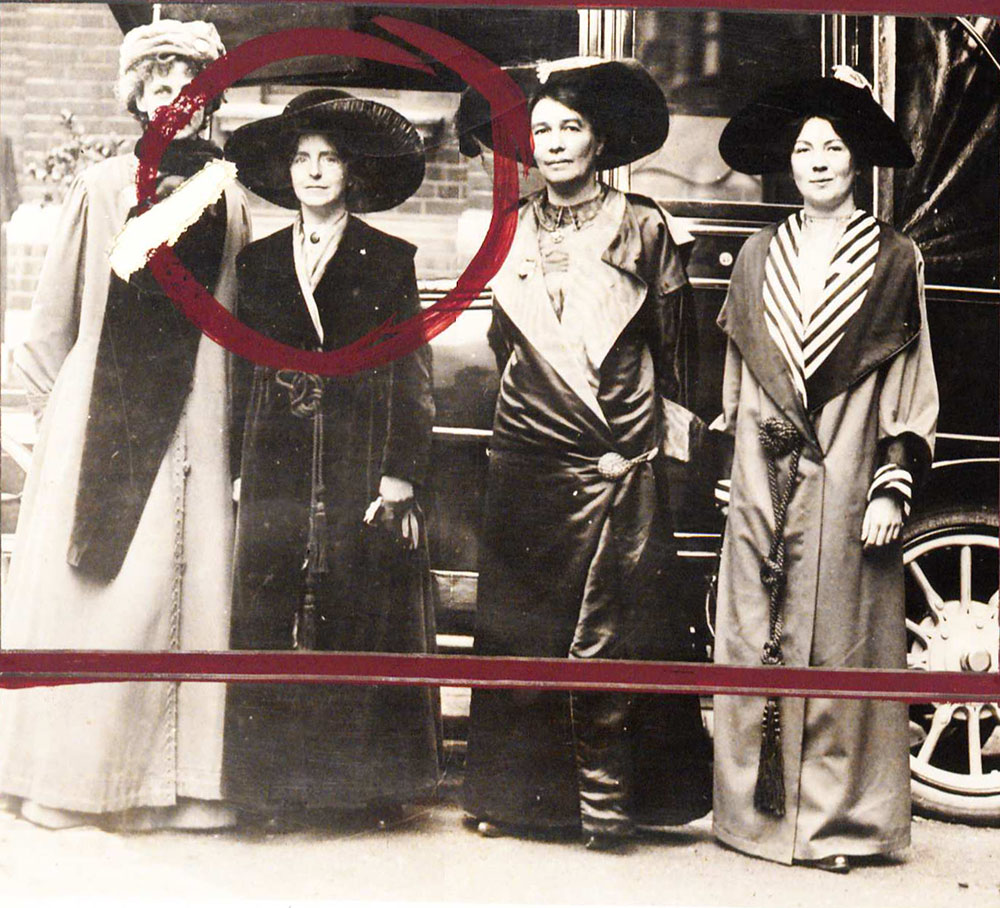 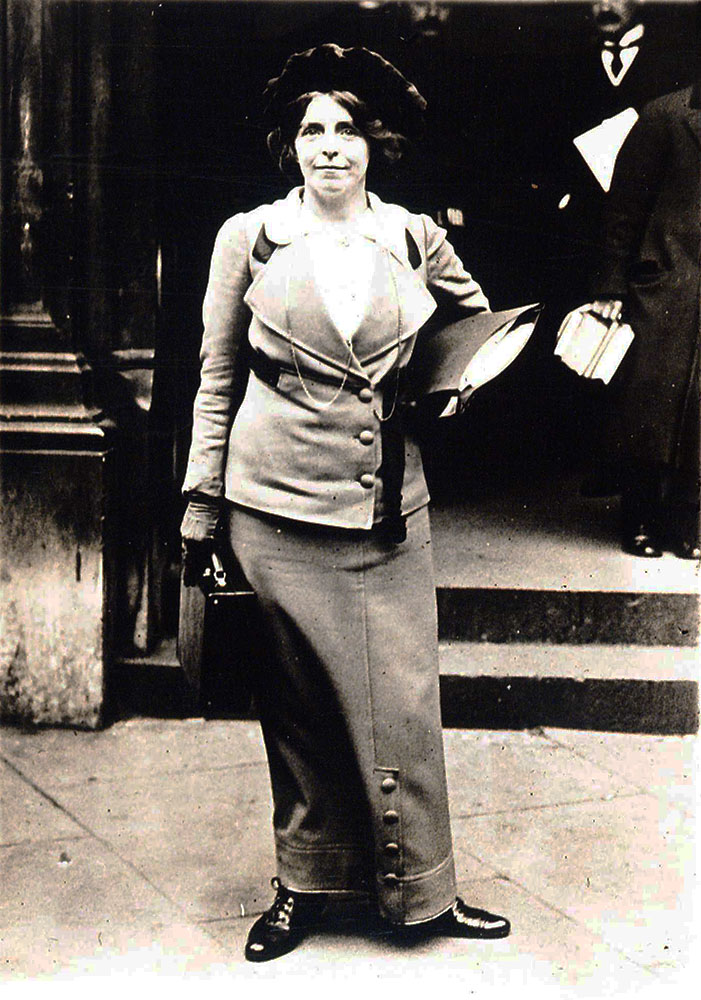 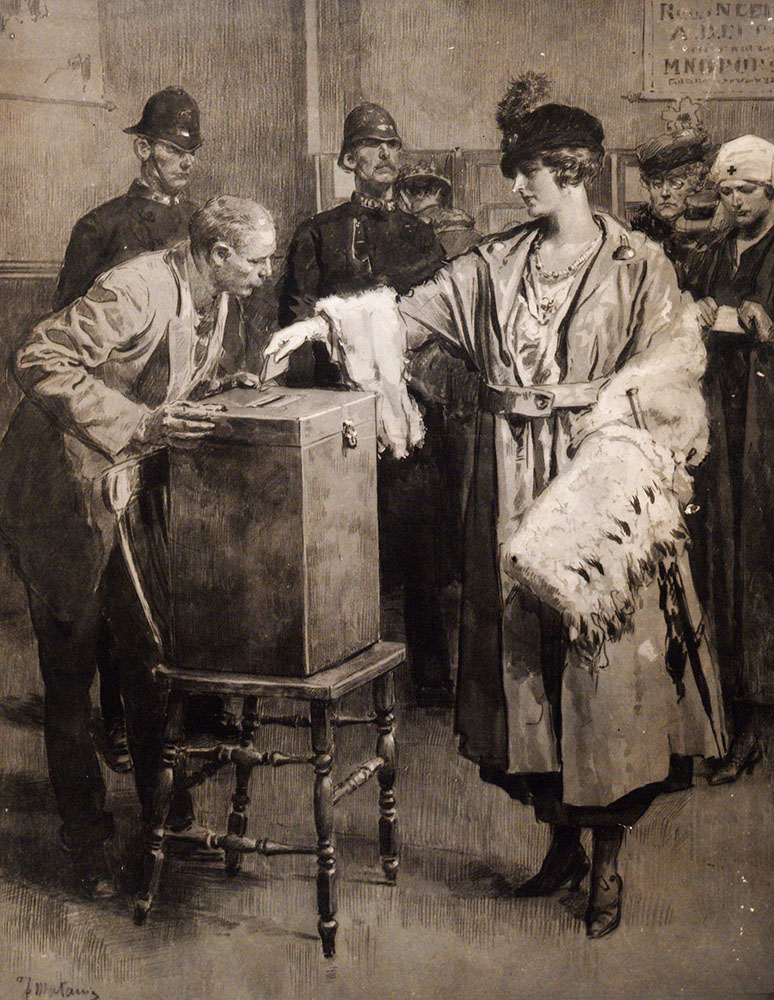 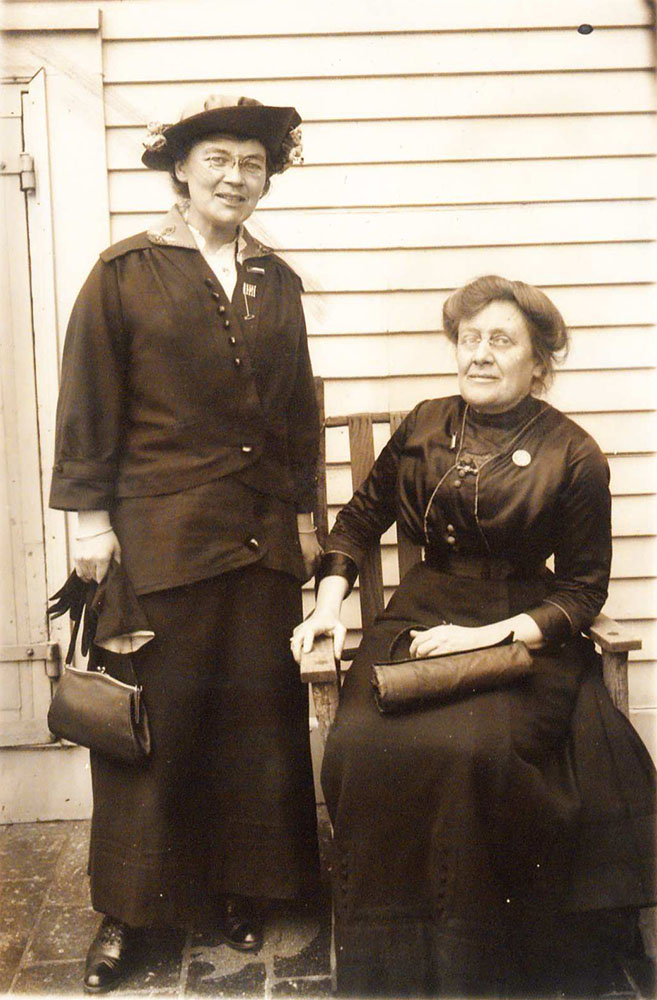 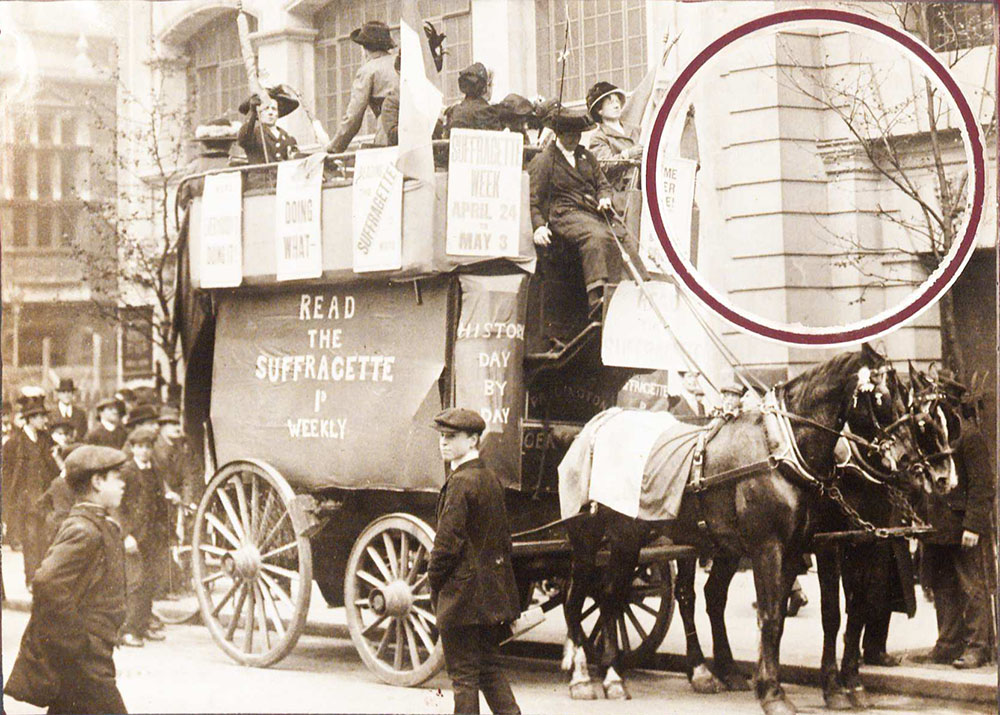 The League of Women Voters did not limit themselves to America’s borders, but reached out to women in other countries, forming international relationships with groups expanding women’s rights in their own countries. Ultimately, the League formed the Overseas Education Fund to support women’s rights and expand civic engagement. 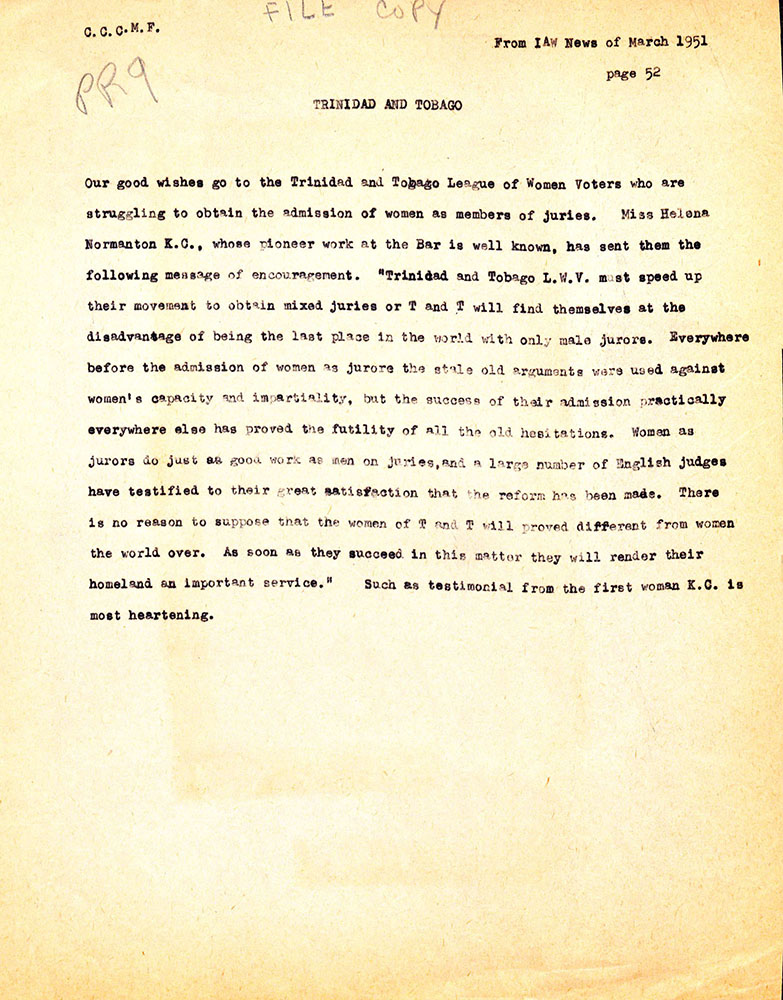 This statement applauds the Trinidad and Tobago League of Women voters for their work on securing women a place on juries. 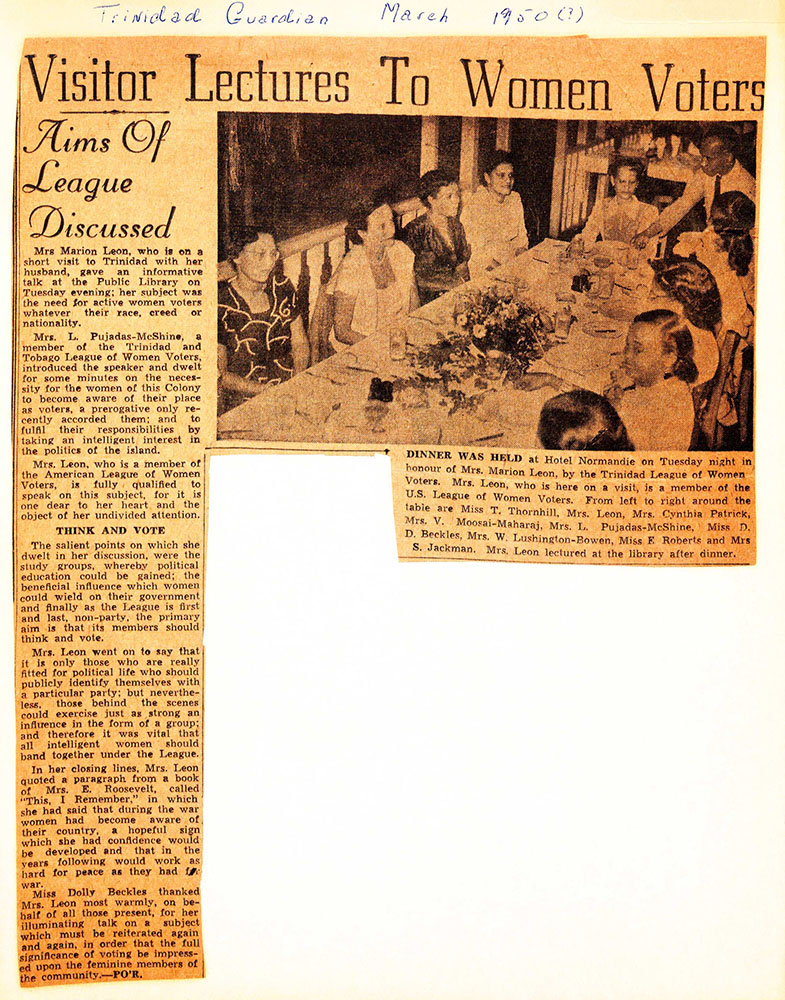