Youth Suffrage and the 26th Amendment

The post-Civil Rights era continued to be a time of major social and political change in America. Until the 1970s, the majority of states limited voting rights to citizens 21 years and older. As a result, young people were denied a voice in their government and a chance to participate in elections.

Debates over youth suffrage centered on the perceived maturity of young adults in America, their interest in politics, and whether states or the federal government had the authority to regulate voting age. Throughout the 1960s and early 1970s, the war in Vietnam strengthened the case for an expansion of the right to vote to 18 year olds. During a time when young people were drafted into military service and considered old enough to die for their country, they were also denied a voice in electing the politicians who made those foreign policy decisions that sent them to war. At the same time, increasing numbers of young people participated in widespread political and social protests, demanding change in the status quo. In 1971, Congress passed the 26th Amendment to lower the voting age to 18 for all elections. It was the most recent major constitutional protection for voting rights to be passed in America.

After the passage of the 26th Amendment, young people formed organizations to ensure the registration, education, and participation of this newly enfranchised voting group. Despite gaining access to the ballot, there have been significant challenges for youth voting, including identifying residency and voting districts of college students and combating political apathy. These youth organizations challenged the biased perception that young adults were disinterested in politics, focused activism on a variety of issues that impacted youth from diverse backgrounds, and sought to ease access to registration and voting for these populations. 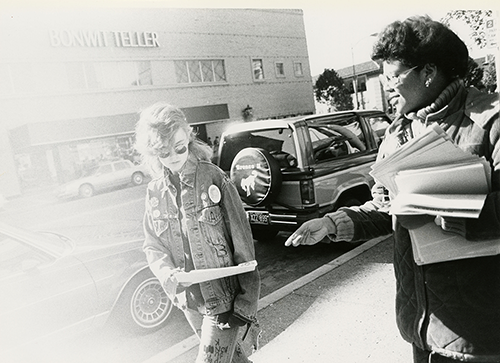 I Will Vote at 21
Undated.
AFL-CIO Photographic Prints

Prior to the passing of the 26th amendment, the legal voting age was determined by individual states. Most states limited the right to vote to citizens 21 years and older. 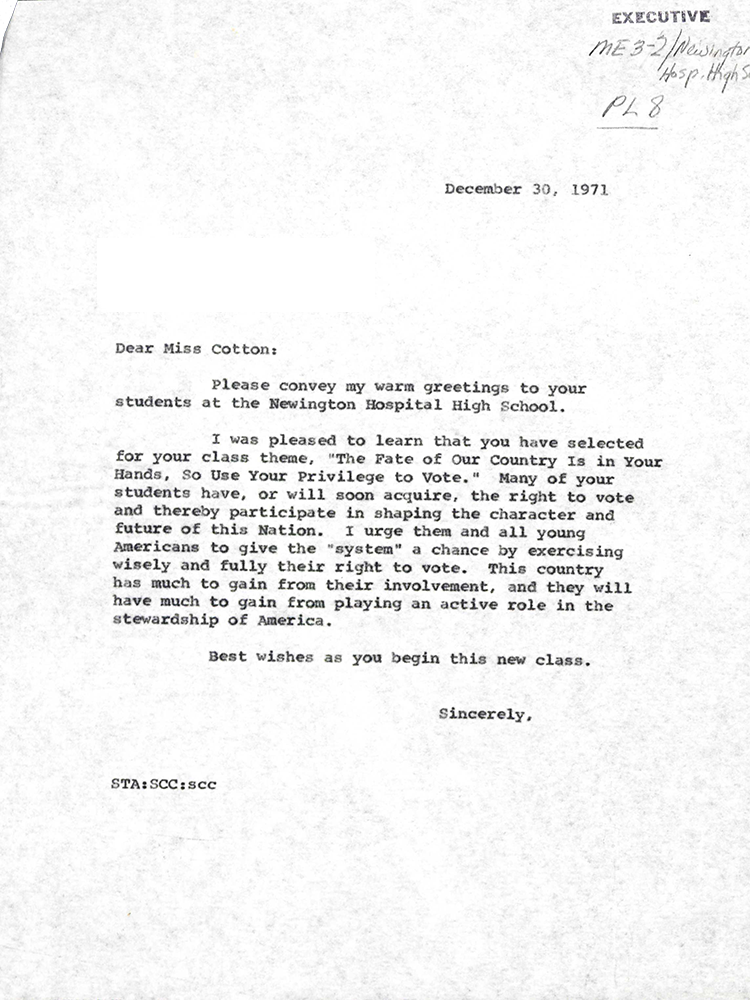 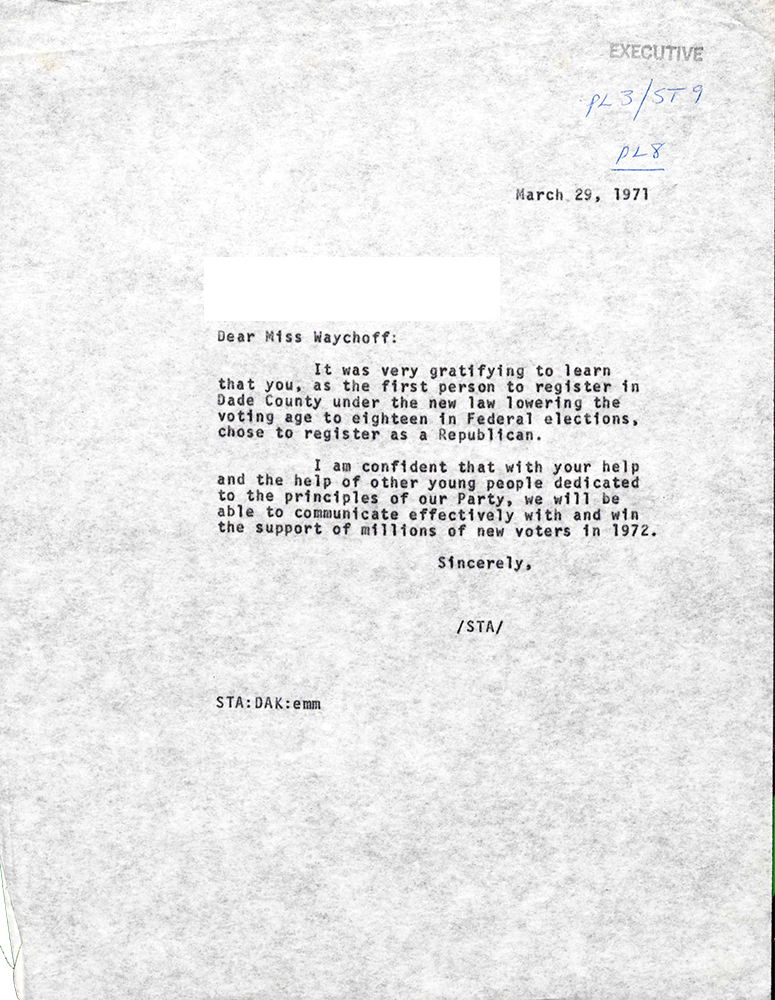 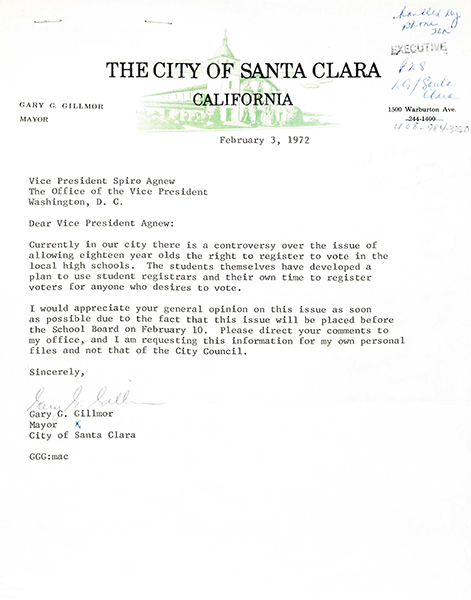 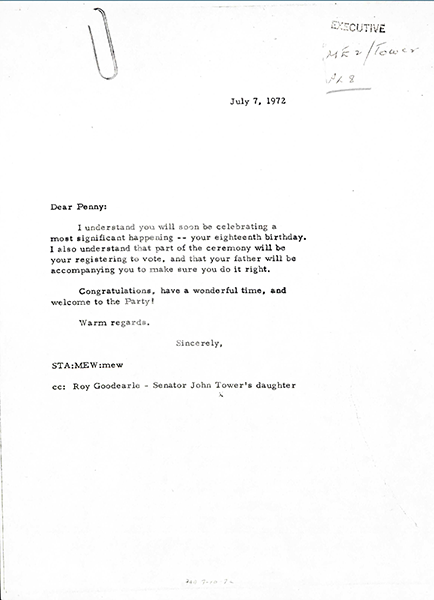 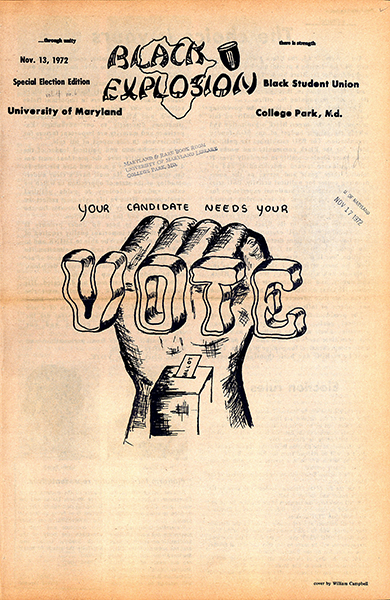 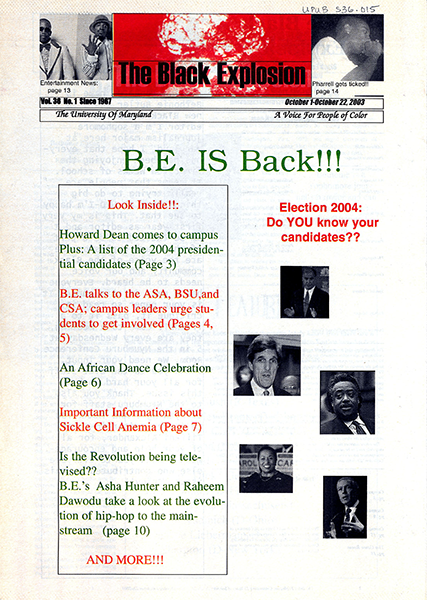 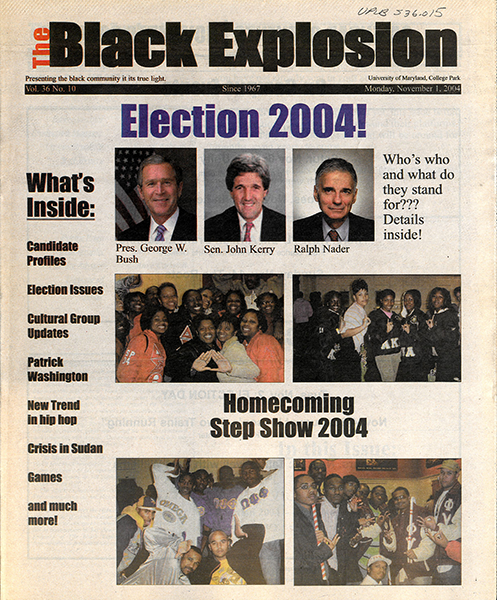 MaryPIRG is Maryland’s own Public Interest Research Group (PIRG). PIRGs are a federation of non-profit organizations that emphasize grassroots organizing and direct advocacy as a way to create progressive political change. The first PIRGs were founded on college campuses in the 1970s.

MaryPIRG has been active at the University of Maryland since 1973. In addition to the student chapter at UMD, MaryPIRG also has offices in Baltimore and Washington, D.C.

One of MaryPIRG’s biggest campaigns is their “Democracy” campaign. The “Democracy” campaign focuses on expanding voter access and diminishing the effect of special interest money in elections. It also pushes for state and local legislation that creates publicly funded elections programs, automatic voter registration, and election day registration.

The “Democracy” campaign also works to register students to vote through the New Voters Project, which helps students register to vote ahead of primary or general elections at UMD. 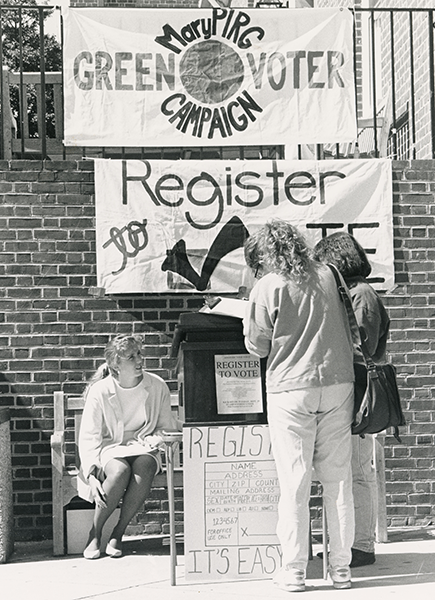 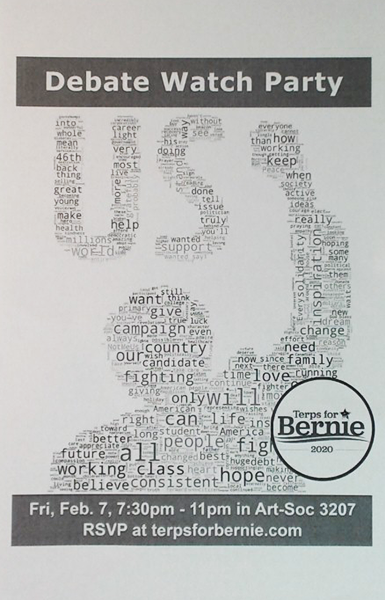 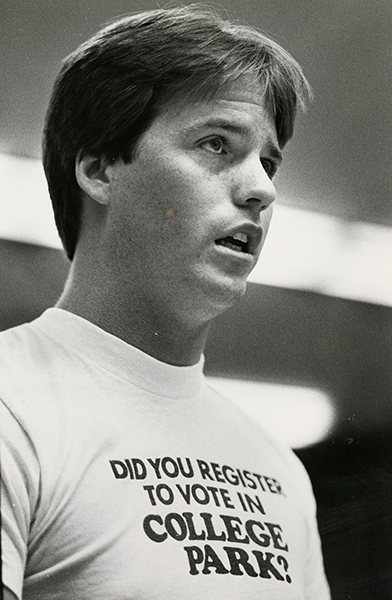 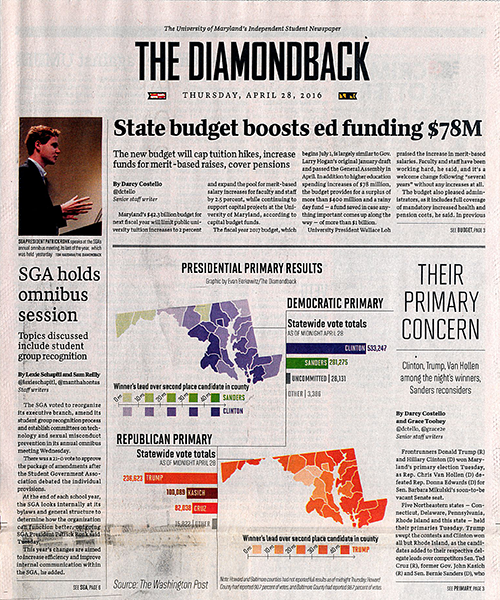 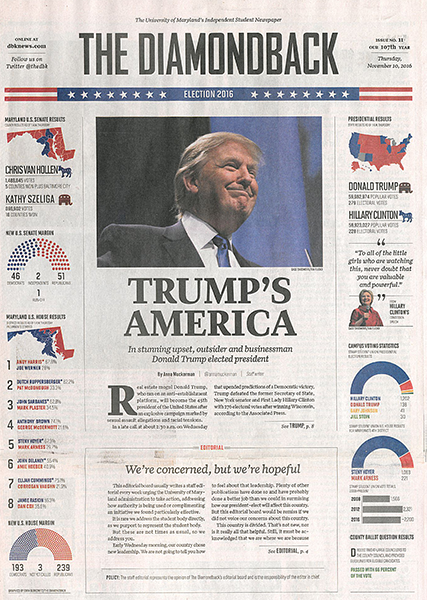 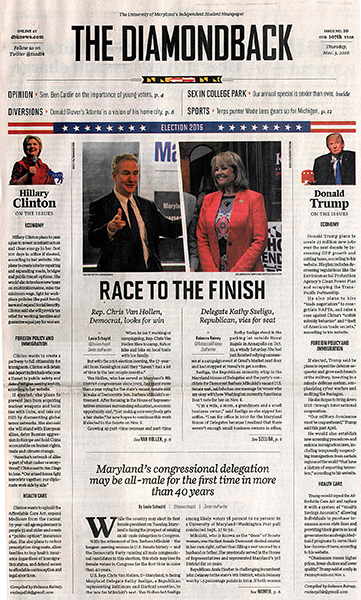 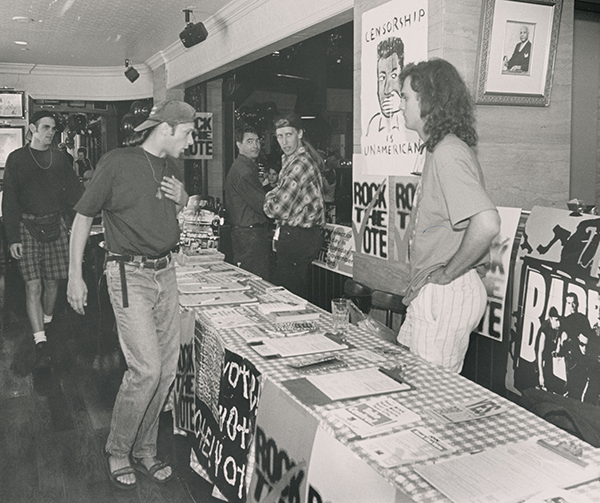 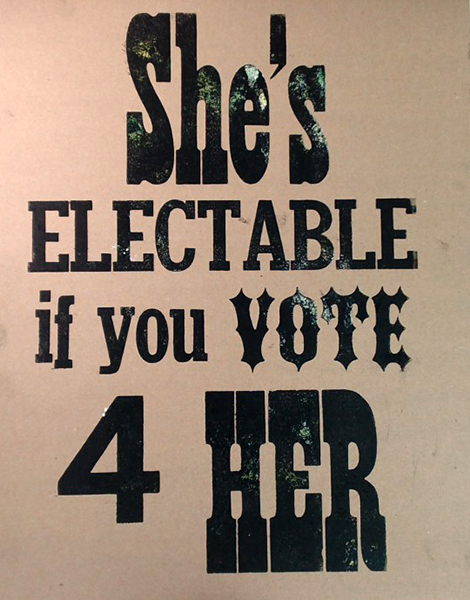 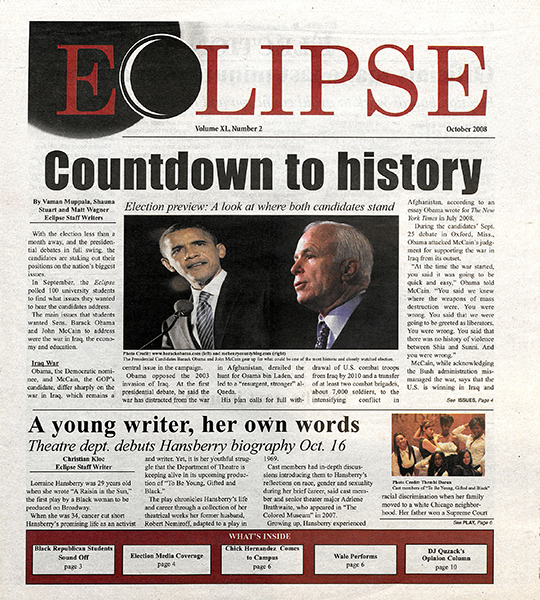 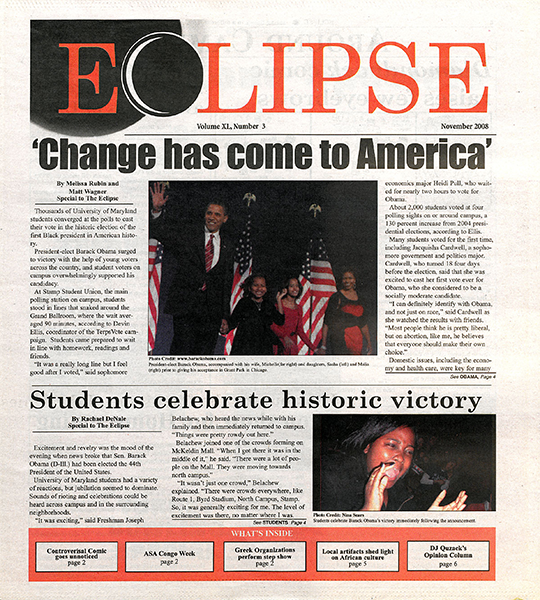 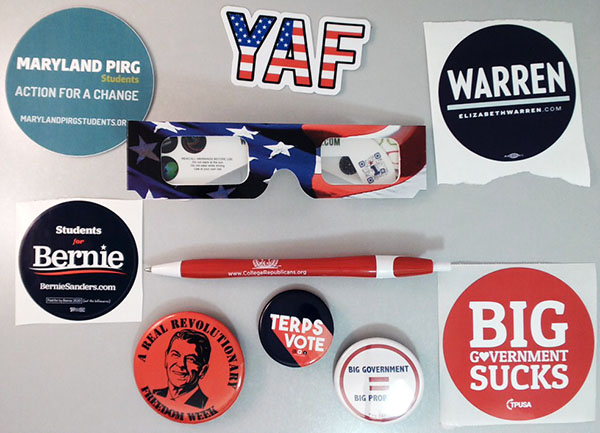 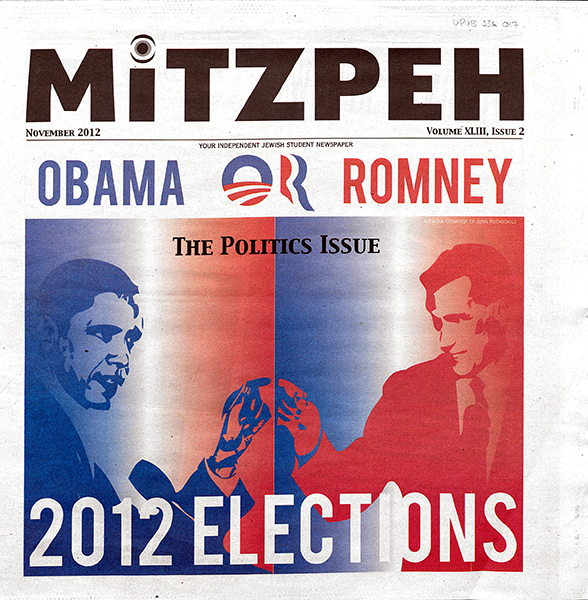