Beyond Wonderland: Music and Entertainment

Alice in Wonderland: A Talking Book

“Complete and unabridged.” “On 3 ultra-microgroove talking book phonograph records.” The records are to be played at 16 rpm, but an adapter was available to fit 33 1/3 rpm phonographs if your record player had no 16 speed. Marvin Miller (born Marvin Mueller, 1913–1985) reads all the parts except that of Alice, which is read by Jane Webb (1925–2010). Miller had a gift for providing numerous voices for characters. He is best remembered as Michael Anthony, the man who passed out a weekly check on the 1950s TV series The Millionaire. Cover design by Edgard Cirlin (1913–1973). 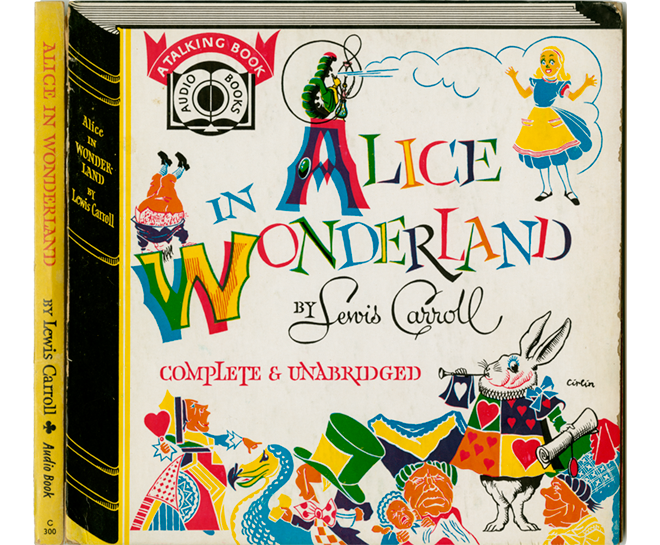 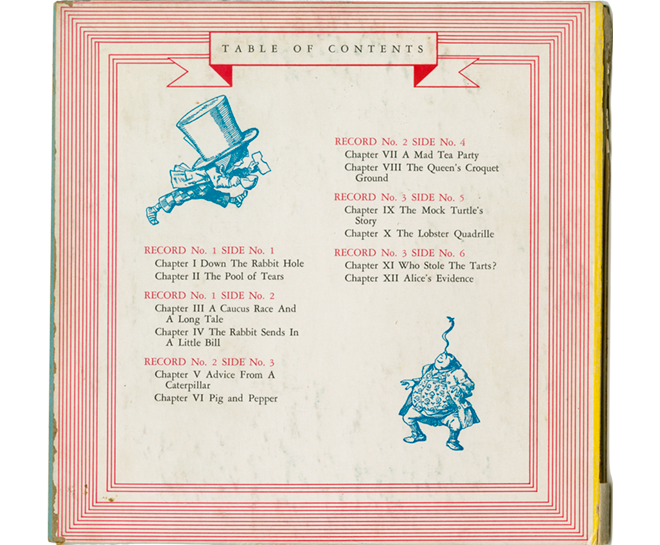 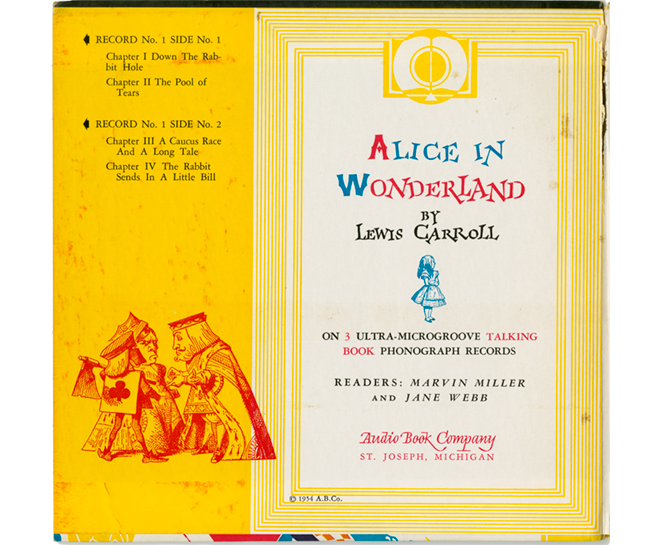 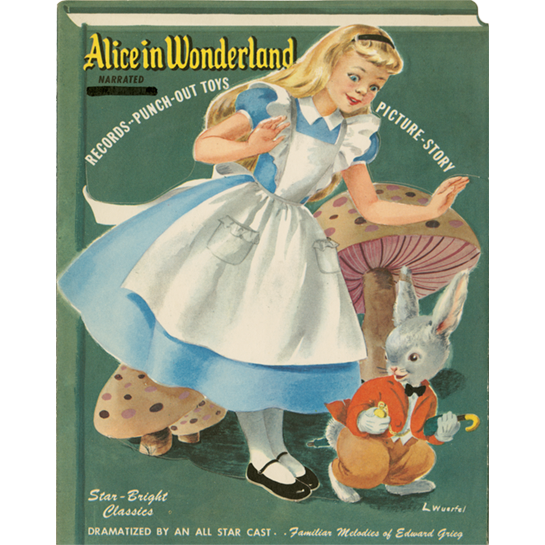 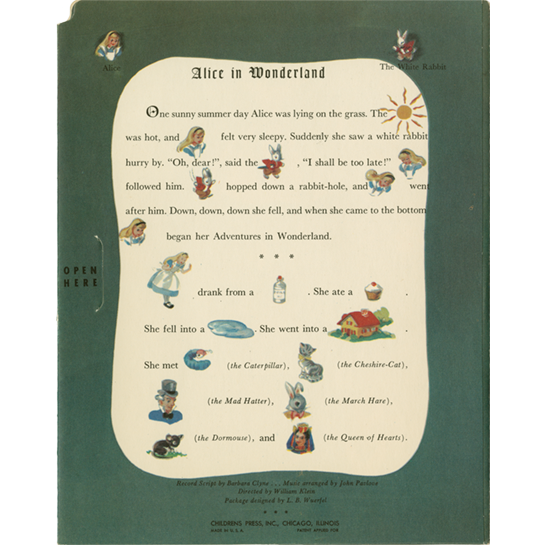 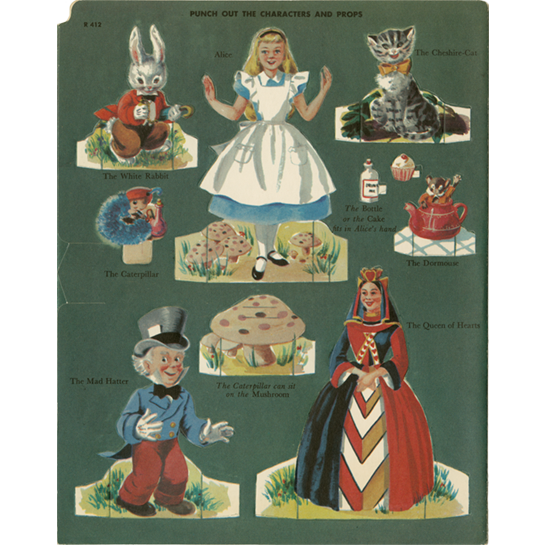 A 45-rpm record within a trifold sleeve that contains a page of punch-out characters and props, and a one-page rebus-style condensation of the story. The sleeve is illustrated and designed by L. Wuerfel. Billboard Magazine announced this new 79-cent series of “recorded adaptations of the standard kid yarns” on July 14, 1951.

45 rpm. This was also available as a 78 rpm recording. Singer/actress June Winters (born circa 1920) is accompanied by a chorus and orchestra conducted by Hugo Powers. The quite un-Disneylike cover is signed “Mau-Flynn.” 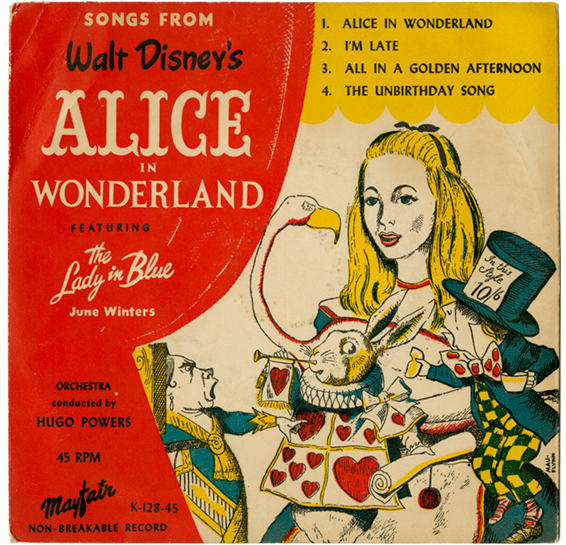 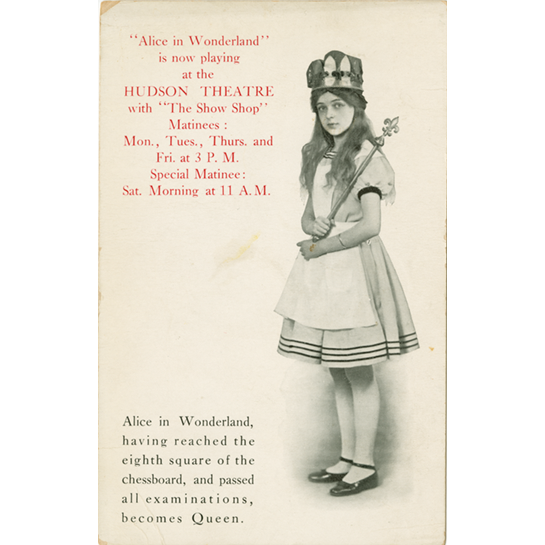 "'Alice in Wonderland' is now playing at the Hudson Theater."

Just a little over one hundred years ago, the first U.S. Alice drama, by American playwright Alice Gerstenberg, was playing at the Hudson Theatre in New York. Eleven-year-old Vivian Tobin, pictured here as Queen Alice, was the first Alice on the American stage.

Alice peers up at the blue Caterpillar, who is playing Fender guitars with his multiple hands and feet. A Fender amplifier sits atop the mushroom as well. In a dialogue under the illustration, the Caterpillar instructs Alice on the virtues of Fender products. The color illustration is by Bruce Wolfe. Fender’s popular “Fairy Tale” ad campaign of 1975–76 depicted other storybook characters using Fender guitars, basses, amps, etc., including Little Red Riding Hood, Goldilocks and the Three Bears, Snow White and the Seven Dwarves, the Three Little Pigs, and Jack and the Beanstalk. 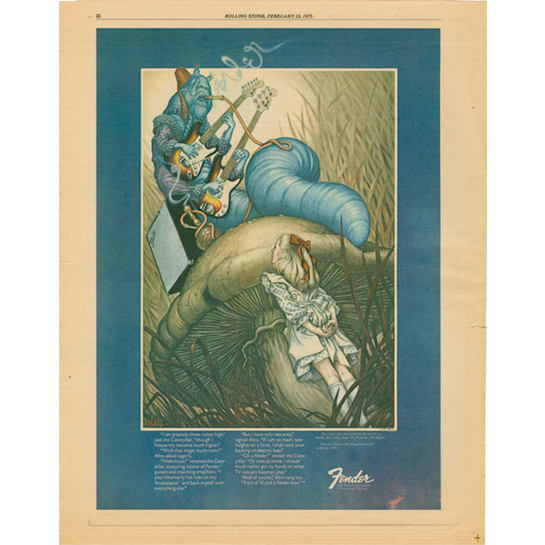 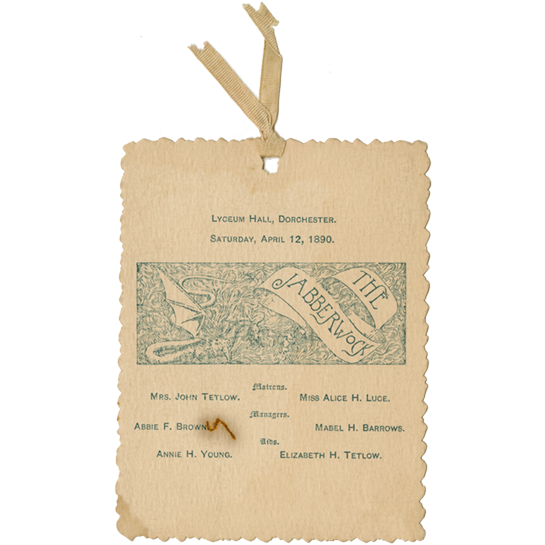 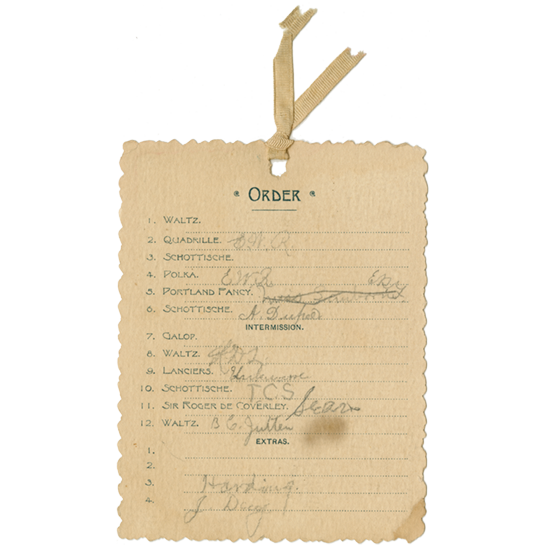 On linen paper. The card includes a small engraving of the Jabberwock and its slayer, based on John Tenniel’s illustration. Twelve dances and four “extras” are listed on the back, and most have been signed for. Early and unusual evidence for how quickly Carroll’s work entered the popular consciousness.

Children's Cut-Out Paper Parties of the Stories They Love the Best-"Alice in Wonderland."

Part of a long-running series of cut-outs in the Ladies Home Journal, these Alice dolls appeared in October 1914. They are nicely colored, with clothes different from Tenniel’s. 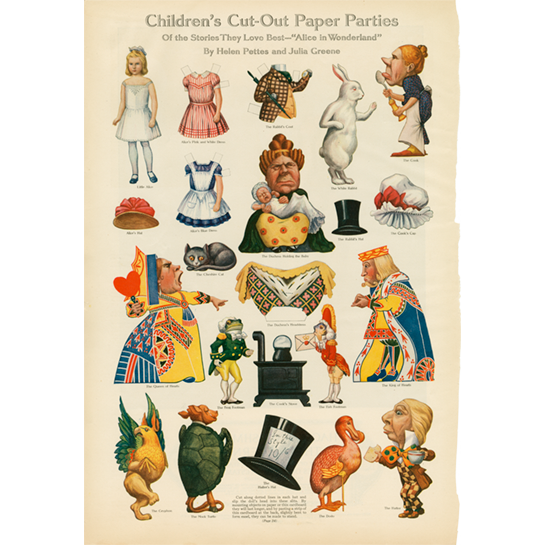