Beyond the Battle: Bladensburg Rediscovered 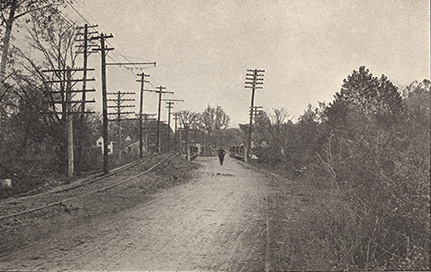 Two hundred years ago, the small town of Bladensburg in Prince George’s County, Maryland was at the center of an international conflict. Great Britain, the confident leader of a coalition that had just defeated Napoleon’s dreams of a French empire, now turned its attention to a different war. Its opponent, the United States of America, was a new country only a generation removed from independence. The Americans were not united when they declared war on the British in 1812. Political infighting, confusion over war aims, and popular ambivalence all contributed to inadequate preparations when an enemy invasion force arrived in the Chesapeake in 1814. The result initially was catastrophe followed by redemption, and Bladensburg was at the eye of this storm.

Today Bladensburg is part of metropolitan Washington. Yet visitors to the capital city rarely seek the site of one of the most important episodes in our nation’s past. Even more remote is the memory that Bladensburg once equaled Alexandria and Georgetown in the economy of the Potomac River watershed. As a colonial sea port, an early federal market town, a dueling ground, a place with taverns, inns, factories, churches, an academy and a spa – Bladensburg was a place of significance whose historic legacy now is largely forgotten.

How do we remember the past? What makes a place historic? Why have we ignored Bladensburg while celebrating the story of other, more picturesque places? These are some of the issues explored in this exhibit. The bicentennial of the Battle of Bladensburg in the War of 1812 is an ideal occasion to reexamine our answers to these questions. Bladensburg’s story has its dark sides, but by reconnecting with its forgotten past, we preserve something more than history – we preserve an understanding of the complex processes and contradictions that forged the nation we know today.