The Rise and Fall of the Anacostia in Bladensburg

“One may hardly reach Bladensburg with a canoe at low tide.” 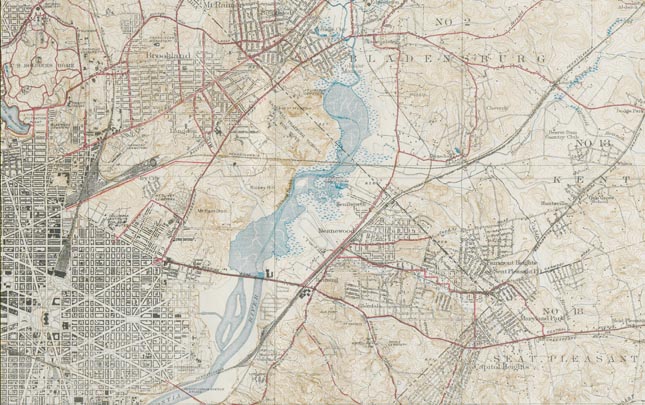 The Anacostia River today bears little resemblance to the waterway that greeted European settlers. In a striking example of the impact of human activity on nature, the river has evolved from a having a 40-foot deep channel for ocean-going vessels in colonial times to a stream that has to be dredged for shallow draft canoes, kayaks, racing shells and skiffs.

Archaeologists have discovered evidence that Native Americans were attracted to the head of the Anacostia. Indeed the name Anacostia comes from the word anaquash, meaning “village trading center.” By the mid-18th century, the trans-Atlantic tobacco economy, which enriched Bladensburg, also sowed the seeds of its decline. Unsustainable farming practices caused excessive runoff, which then clogged the stream with silt. Navigation became increasingly difficult and the port declined until the river was declared closed for commercial activity. The last large ship left Bladensburg in 1835 carrying a cargo of 199 hogsheads of tobacco and pine plank.

Despite its decline as a river, the Anacostia has proven resilient and attractive to those who appreciated its unique character. Beginning in the mid-19th century, the Anacostia marshes became the haunt of nature lovers, hunters and fishers. The Army Corps of Engineers responded to flood risks by altering the historic channel of the river in and around Bladensburg. But the drive to convert the Anacostia into an efficient drainage system was mitigated by other government initiatives, such as the creation of the Kenilworth Aquatic Gardens and the restoration of wetlands accessible by a riverside bicycle trail.

Today, the prospects for the Anacostia River are improving. Local citizens and grassroots organizations are working with government agencies to undo the damage of the past and return the river to a more natural state.

Engineering a Solution to Floodwaters

Since colonial times, flooding has been a major part of Bladensburg’s history. Few historic structures survived the centuries of flooding, and most efforts to control the river failed to solve the root problem of silt from runoff clogging the channel. The U.S. Army Corps of Engineers solution was to create a new, straight river channel protected by levies. This fundamentally changed the appearance of the old port as roads, rather than the river, defined the town. 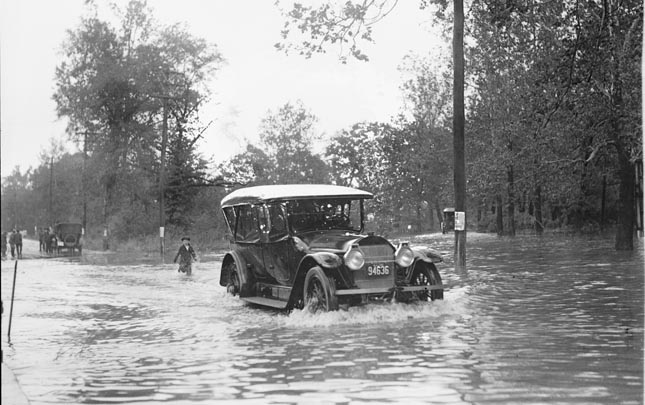 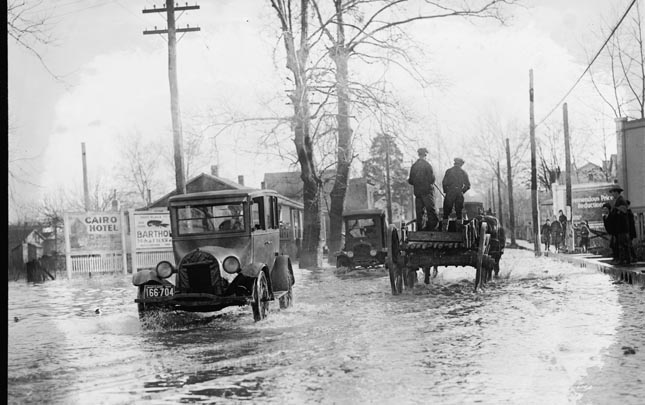 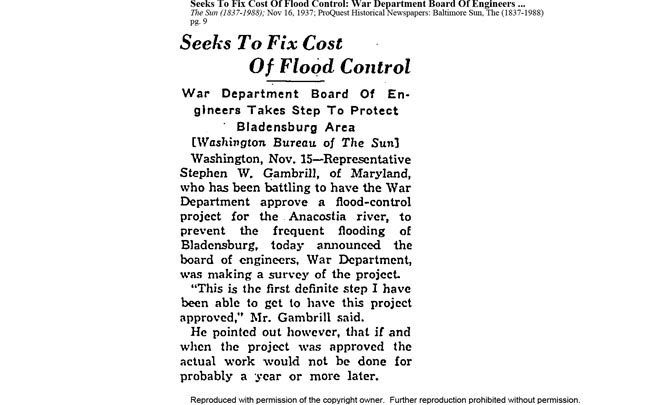 Revitalizing the Anacostia has involved partnership between government entities and civic organizations. Tourism has been a major focus, targeting local residents and visitors to inspire a greater sense of stewardship for this natural resource. 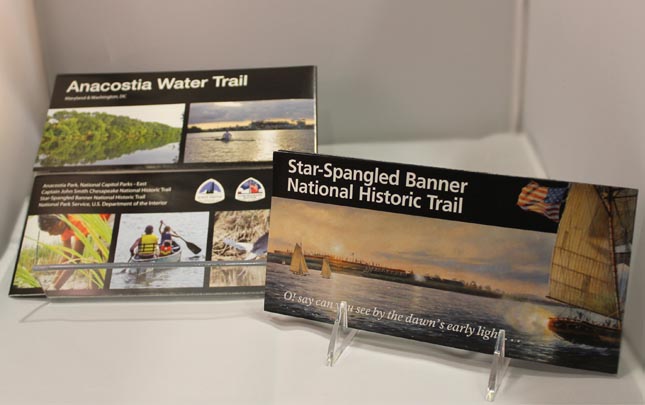