The Enigma of Margaret Adams

“...breakfasted next morning at Bladensbgh. with an old black woman who keeps the best house in the town and calls herself Mrs. Margaret Adams” 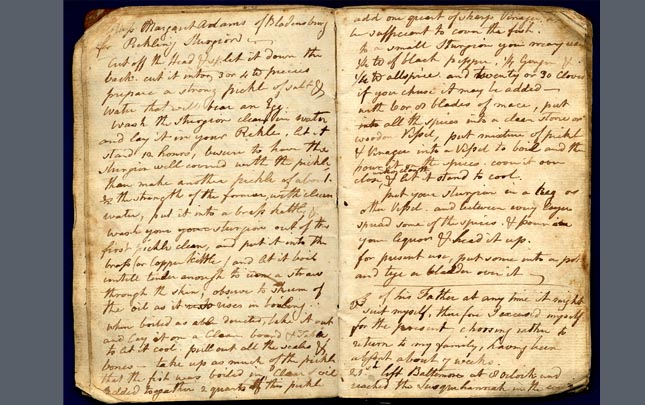 The story of Margaret Adams is among the most tantalizing for the questions it raises about African American life in Bladensburg. The documentary record shows that someone named Margaret Adams:

The personality of Margaret (Peggy) Adams survives in contemporary descriptions of her stubborn refusal to sell her land and her perseverance in the face of vandalism by townspeople jealous of her success. She also must have been an accomplished cook, since Charles Willson Peale preserved her recipe for pickled sturgeon in his diary after he stayed in her tavern in 1789.

Margaret Adams was successful because the post-Revolutionary era in Bladensburg, like the rest of the county, was a time of fluidity. Some people on the margins of society benefited during this brief window of opportunity. Her story is evidence that a few African Americans could prosper. However, the fate of most blacks near Bladensburg at this time remained the crushing anonymity of slavery.

When the leading town merchant, Christopher Lowndes, died in 1785, his Bladensburg store was part of a valuable inheritance bequeathed to his son, Benjamin. This ledger from the store in the early 1800s preserves a snapshot of business activity in the town. Accounts for town residents include several pages of purchases by Margaret Adams.
Her account entries suggest that Margaret Adams was no longer operating a tavern by 1802. She was, however, buying goods that are consistent with running a farm and household. Building materials such as glass panes and shingles; consumables such as tea, sugar, wine and chocolate; household goods and clothing all attest to a comfortable, middling style of life for Mrs. Adams. 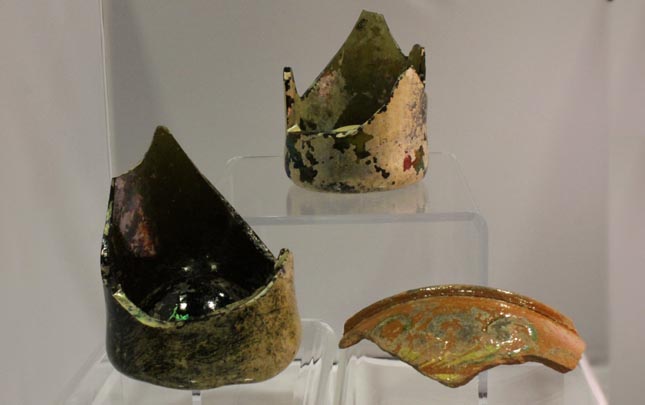 These broken bottles were recovered by archaeologists working at the site of the Indian Queen Tavern adjacent to the George Washington House in Bladensburg. Whether this was the tavern operated by Margaret Adams in the 1780s is unclear. There is a strong local tradition that associates George Washington with this location, and we know that Washington was a patron of Adams’ establishment in Bladensburg.